1998: Linda sets Monica up. Ken Starr and co plot against Monica. The FBI are gross and Colin Hanks sneers. Linda is gross. The FBI keeps Monica in a hotel room for 12 hours and threaten her with over 20 years in jail. She is denied her lawyer. Creepy men circle her. The FBI keep on denying Monica her right to a lawyer. The FBI try to order Monica around.

They meance her with recordings and photos. The FBI kept on denying Monica her lawyer. An FBI agent ripped a phone off a wall. Linda's vile. Nobody reassures Monica, she is intercepted and shouted at. The FBI threaten Monica's mom. Why didn't Monica run?

Monica's idiot mother shows up. Linda's horrible and Monica's dad finally shows up. The FBI keep on keeping Monica from her lawyer. They watched 'NYPD Blue'? Nobody helped the distressed Monica. Ann is foul. Linda rants. Monica's mother wears a tiny skirt. FBI agents lurk and yell. The dad's lawyer calls out the FBI for their crap. Monica leaves. This was not good. Mira Sorvino is playing Monica's mom. What is Boston lettuce? Jemima Khan produced. Is that the Jemima Khan?!?

“Under investigation for your conduct.”

“The Feds have Monica.”

“Federal prison for lying about an affair in a civil case?”

“No-one's ever gonna marry me.”

“We've living a page in a US history book.”

“They cannot stop you.”

“Walk out the door.”

“She loves to shop.”

“The most honourable few.”

“1st vulnerable girl he saw in a hallway.”

“What she says in horrifying detail.”

“Having sex with an office girl.

Adalind is plotting. I'm don't care about her or the Grimmette. Renard lurks. This was not utterly riveting.

Adalind plots. The Grimmette gets screentime. Adalind is insatiable. There is inertia. Renard gets his clothes off. This is an inevitbale failure. There is gimmickry and clowning. Renard is disdainful. Grimms have jeering and high regard.

Nick is a cretinous dupe. Adalind's revenge is near-inescapable. It is hard for TPTB to make anything nuanced happen. Nick is so clankingly credulous that he strains even satirical credibility. There is no soul-cleansing honesty just Faustian goings on. Renard is wise and wordly. Sense is giddily ignored. Nick has Orwellian zeal in being dumb. This was not tantalizing. Adalind's malignant reign goes on. There is no ratcheting sense of horror or likeability.

Adalind has an actual skeleton key. Adalind and Nick have relentless hubris. This is a creativity vacuum. Renard overlooks something ludicrously obvious. This is wearisome and it is all sterility and outright dullness.

There is a limit to viewer's tolerance. This is bereft of quality. This was much derided and regrettably pedestrian. Nick is a particularly grim figure. Adalind transforms into Juliette. More Grimms show up. Renard's strangely incurious about Adalind's plotting. Nick has sanctimony and is polemicist and wears sunglasses indoors.

There is ethical murk and moral discomfort. There is a weaponization of sex. There is no comfort or safety. There is the grotesqueness of seemingly good intentions. The ending is an inevitability. This was not meaning making. There are mini dramas and this was a mad gaggle of futility.

There are different formations of bloodlusting people. There is no pathos or moral guidance. This show is declining. Renard's dual heritage gets no attention. There is implausibility. This was not fantastical. There are cheerless grins and this was not impressive or infinitely serious.

Juliette's thick. There is a growing sense of wrongness. There is disquiet and desolation and trouble. Adalind slept with Nick while disguised as Juliette. There is bad acting and Juliette is stupid. This does not revivfy. Renard is shot. Juliette is mystifingly dumb. This causes brain fatigue and apathy with its humdrumery. Wesen are aggressive and should be got rid of. This wasn't pithy. Juliette is an emotional extortionist. There is no endless fascination with this disjointed mess.

Thanks For The Memories/Octopus Head

Some cthulhu looking man attacks. Wu knows Nick is a liar. Renard is in hospital. Juliette is a miserable bitch acting like she is the victim here. Adalind learns she has made a bad bargain. Renard's mommy shows up. The FBI want a Grimm. The Grimmette is grabbed. Nick is bound to Adalind. Oh FFS.

“Don't you regret that decision.”

“You can huff and puff all you want, you're not going to blow this house down.”

Leland plots and want a job with the church working with the possessed. A man says he is haunted. I don't care about Sheryl. A loony house cleaner loons. David ponders choices. I've no idea what is going on, nor do I care.

“The war is beginning.”

“I just want a normal life.”

“God is here and the devil is too.”

“They pretend they need you.”

“The moral standing of this family.”

The karen karens. The investigation goes on. This was not compulsive, mesmerising or tense. This was dull and not epoch making. This was full of negative energy. What lead to such a notoriously disastrous result?

“Always the source of her pain.”

There is a fetid atmosphere. This was inelegant, plodding and pointless. This was undeserving of your time. The missing woman's husband is unpleasant. This was a grim enterprise. There is no narrative thrust. This was dull and fatiguing and largely irrelevant. This grinds on inexorably. There is no resolution. This was misconceived and entirely without merit. There is a lack of engagement. There is bellicose rhetoric. The woman's tragic end was overshadowed.

“How strange this cause is.”

“Not people who were down and out.”

“Who is roaming the forest.”

Best Line:
"No one knows, no one living at least." 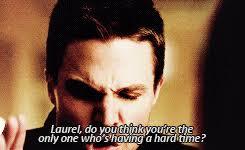