Karen bitches about Sally. What school would hire Sally? She wants a teaching job. Sally whines she is owed the job after having her old one taken away for no good reason. The lying bitch is interviewed. Her lies are revealed, why didn't the police notice them 5 years ago? Any students would be brutal to Sally. Karen tries to sabotage Sally's attempt to get a job. The liar is arrested. Karen is such a karen. The liar rubs herself over Matthew's grave and is revealed as a stalker. Matthew's father attacks someone with a broken bottle. Sally wants back what was taken from her. The liar is charged with perjury. Karen attacks Sally. This was not good.

TPTB insert a Megan Markle comment. Nia and the powers she stole from her sister whines. Kara throws another party with no Lena. Andrea and Willam bore. Minor characters bore and get too much attention. Kara looks bored, back show killer. Nia is stupid. Convicts build a dirty nuke and yet somehow they are the victims?!? Alex is dating Jimmy Olsen's sister? Viewers have not forgotten that Jimmy Olsen was demoted form love interest so Kara could smooch the white Mon-El the slaver frat boy alien prince. There is talk of intergang. Tantruming children are babied. Kara acts suprised when convicts are violent angry and ungrateful. William is a tv reporter? He is a print journalist! This was so much SJW crap. Jimmy's sister decides to be Guardian. Didn't Alex want a baby?

“Do they even have fun?”

“Don't listen to that stupid owl.”

There is exposition. Margaret is regent in Scotland. Catherine has had a devastating experience. Wolsey runs thing. Henry ignores Catherine, which doesn't help in the babymaking. Maggie lurks and whines, like the moronic trash she is. Princess Mary is to marry the King of France. Stafford lurks. Catherine is paranoid and screams like a harpy, which does not help her case.

Margaret and Angus hang out. Anne and Mary are Mary's ladys in waiting in France. The word Boleyn is never uttered. Anne and Mary's ambitious father lurks. More whines that his wife does not put out. The French king is old and fat. Maggie stirs the pot, she's relentlessly toxic. Henry is profoundly unpleasant. This was mediocre.

“My boys being taken.”

“Did you catch syphillis from some French whore?”

“Placed himself in every part of our lives.”

“The priest is a poisonous weed.”

“Everything you have is at his pleasure Mary.”

“I was told that the English never washed.”

“They were corpulent and crass and didn't educate their women.”

“Honour is heaped upon him while I fall from my husband's grace.”

“I must live in fear of death more than any man.”

“Let us do charity together.”

“Play at being a queen.”

“Think on it and agree.”

“I know about the shaking of the streets.”

“I need an heir so my throne is safe.”

Catherine is pregnant. Margaret makes indisputably horrible decisions. She married Angus. Where is their daughter Margaret Douglas? She would have Lord Darnley who would marry Mary Queen Of Scots. Henry will not help Margaret. Henry has a mistress and Catherine thinks it is Lady Anne Hastings. Margaret is in a bad way. Catherine makes bad chocies. Maggie Pole stirs the pot. Catherine gives birth to a girl, Catherine does not want a girl. The baby is of course the future Bloody Mary.

Everyone in Catherine's birthing chamber is quaking at the king's reaction. He walks off in a huff. Catherine prays behind a sheet. Bessie lurks and shags Henry. This was okay.

“Married to a man she wishes dead.”

“To rule my country and raise my children.”

“Resolve this with civility.”

“Had my fill of useless girls.”

“Second in power only to you.”

“Licked the balls of England.”

“You are dead men from this day!”

“I will do nothing for her.”

“In battle with the queen.”

“Everything you do and ate.”

There is no resilience and manic behaviour. There is no seriousness and this was not acclaimed. There is no social conscience. This was not a great contribution. There are no critical thinkers. This was not striking. The dive club have been banned due to them running off to dive a forbidden site. Izzie's dad helped padlock the club. Who does he think he is?

This does not excite. What is the Russian explorer's fate? There are self inflicted difficulties. This was not cohesive. This was gratuitously dumb. People are complacent tools. There are difficult challenges. How are the dive club banned if they're adults? There are ballet classes and people are plaintive self serving fools. There is singing. There is no postive outcome. Where is the necklace? There is partician parochialism. There are cheap jibes in this paltry ep. This was not laudable.

The dive club are vacuous twits. There is youthful insouciance. This was imperfect. Has nobody heard of curtains in the town? This was not significant impact. People react to negativity. There is no trauma or adversity. Nothing has fundamentally changed.

One views this with incredulity. There is another wreck and idiot rustics. This was a disappointment. There are fish, nonsense and a mystery wreck.

“Did we ruin something?”

“What decent perosn is up at this time of the morning?”

“Is that shirt a good idea?”

“That's not what ships are for.”

This was rudimentary. Hidden history is resolved. Anna's view of Joan Of Arc is inaccurate. There is no urgency. This was doomed. Where are their parents? There are dark aspects. This was not credible. There is no nurse for the comatose Russian explorer? The gang are back in the clubhouse. This was a fiasco. There are secrets and lies. There are cover ups. This was an exercise in pointlessness. Anna yells.

Cape Mercy is named after lantern girl? There is a reveal about lantern girl who is Anna's great-grandmother. Lantern girl was Anastasica. Oh come on. That means Anna is heir to the imperial throne of Russia. The thug whines. Someone finally notes Anna's proper title is Grand Duccess.

“Nobody comes here for the lighthouse.”

The Best Of Smallville/Broken Trust
I'm tired of The Jordan Show. Clark gets angry. Jonathan is ignored and his his ex is a slut. Jordan breaks Jonathan's arm and is babied. Morgan Edge lickarses Lana and Kyle is a moron. Sarah is a bitch. The stranger stalks Lois and was married to her in an alternate world. Why is Lois so thankless? Jonathan is ignored in his own family. Lois and Clark had ugly sons and treat Jordan like he's their only son. Jordan needs to go. Grandpa Lane is an ass. Lois is obsessed with Morgan Edge. Jordan broke Jonathan's arm and Lois has ice cream with Jordan, not Jonathan. She is the worst mother and Jordan is the worst brother. We saw Martha in flashbacks with big hair. Clark gives Jonathan nothing no wonder he hates Smallville and wants to leave. Clark fawns over Jordan. All this show's promise is being pissed away on The Jordan Show.

"Why does a journalist have a ray gun?" 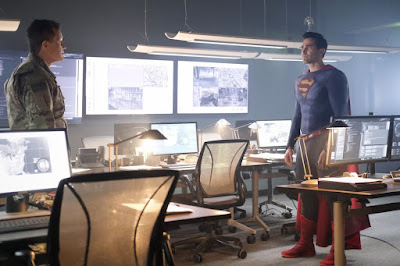 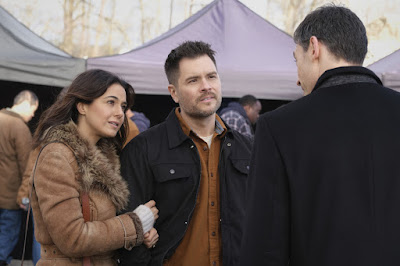 Tags: review, supergirl, supermanandlois, the tudors, the white queen
Subscribe
Comments for this post were disabled by the author