Why is Hiram's Riverdale's chief tormentor? Hiram is fanatical.This was haphazard and a despairing fug. It is an age of reckoning but Hiram's hasn't come yet. What caused Hiram's rise to infamy? We learn the answer in this unnecessary whole episode flashback. Hiram is reviled. Reggie and his father have issues. Why is Hiram so obsessed with a small town?

Hiram gets shirtless and works out and tells Reggie how he started out shining shoes. The cast play other roles in said flashbacks. The past leaves fingerprints. Hiram brought about his father's death and regrets it. This was a dysfunctional narrative. Hiram tries to do indelible sadness.

Flashbacks to bygone times bore. Men are wrong intentioned. Hiram is shameless. This was disappointing. Hiram spies on his family and fires Reggie. I don't care about Hiram or his ideological motivation. This fails miserably.

“All heroes of their own story.”

“Stormed in, made wild demands.”

“You don't get to speak for me, not anymore.”

“Brought shame to this family.”

“His kindness will be missed.”

“Become the man you were always destined to be.”

“Your grandfather has been avenged.”

“Met the same fate as his underlings.”

“Finish what my father began.”

Anne Boleyn is seeing as the defining Queen of Henry VIII's reign, she isn't. Ray Stevenson is in this as James IV of Scotland. Cardinal Wolsey lurks like a bad smell. Catherine's vile father visits. It's 1511. Catherine has a parrot in a tiny cage. Catherine's ill fated son Prince Henry has been born. Boar and peacock are served at meals. Princess Mary (Henry's sister) lurks. Where is Cromwell?

It is recalled that Catherine's real name is Catalina. Henry stands with his legs wide apart. Henry holds his short lived son like he's a burito. WTF are sugar grapes? Catherine and Henry's visible and damaging rows are yet to happen. Sir Thomas More makes eyes at Margaret Pole.

Margaret (the former Princess and now Queen of Scotland) and her husband have a full house in Holyrood. Catherine's father is not nice. There is a joust. Reggie Pole sulks, he'd do a lot of that in his life. Charles Bbrandon is no Henry Cavill.

The subtitles spell Catalina as Katalina. This was darkly brilliant. Catherine is a dutiful wife, but in the long term the marriage wasn't going to go well. A man loses an eye in the joust. Catherine is popular and beloved. Angry Scots shout incoherently. Angus who would be Margaret's 2nd husband lurks. Robert The Bruce and William Wallace are mentioned. Catherine's father plays games. Lina is with child. Bessie lurks. Prince Henry dies. 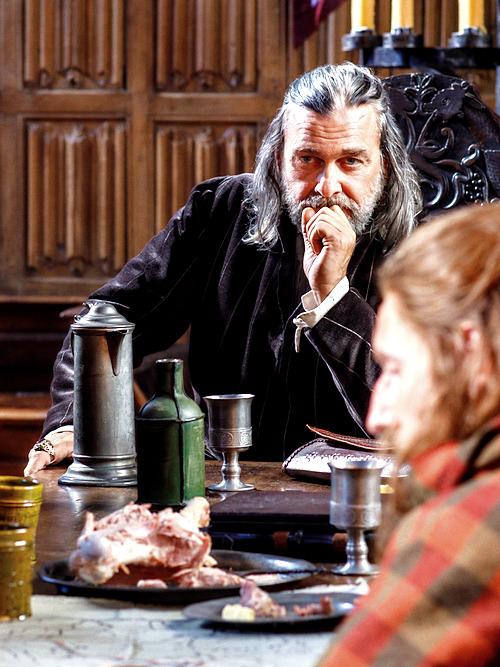 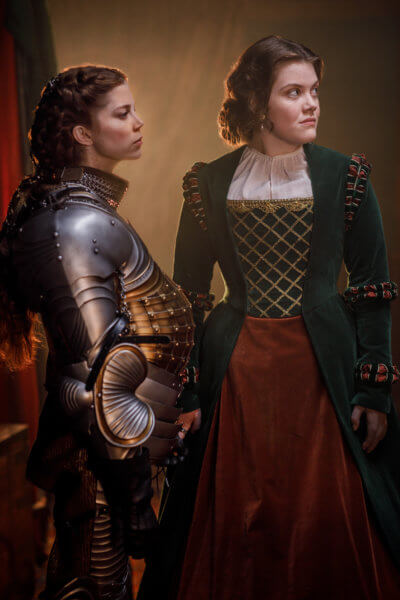 “How dare you touch your Queen.”

“You could slice bread with that chin.”

“Food is for eating and not throwing.”

“Covered in the mess of your children.”

“Who stood against me and she is gone.”

“I am a steadfast daughter and a true wife.”

“They ate a whole farm in there tonight.”

“A silent order at such a young age, it can take its toll.”

“Felled by a disorder of the mind.”

“Take Spain for himself.”

“What makes you think it was us in your lands?”

“Because the ale had been drunk and all the sheep were pregnant.”

“He's only king because he stole the crown from his daughter, Joanna, and threw her in the madhouse.”

Tom is the worst. Shawn is bullied when he goes back to school. Tom and his partner are fascist jackasses. The creepy moppet psychic creeps and has awful (and brief) foster parents. Lily's daughter was never told about her real mother. Lily's pregnant. This was dire. Lily's husband is ghastly and gets a restraining order against her. Shawn's brother is a jerk. A girl burns a CD. So many toxic white men in this show. Shawn's brother is disgusting.

“She doesn't know that.”

A US Marshal shows up. CZJ is a crazy fug bitch. Malcom's bitch sister shows up. Psycho dad breaks into Malcolm's house and steals his weapons collection. Malcolm's sister is a lying bitch. Malcolm is a whiny bitch himself. This was terrible, Malcolm got played by his father AGAIN.

“Delusion is a powerful tool.”

“I will be forced to hurt you.”

“About to shoot your brains out!”

Tags: prodigal son, review, riverdale, the tudors, the white queen
Subscribe
Comments for this post were disabled by the author