Spooky woods, the creepy dwellers of said woods and various characters named Filip, Asen, Mia and Chanov run around the town of Smolyan. A body is found in this Bulgarian drama that is subtitled. There is pretty scenery. Mia is a tough cop with a daughter who looks older than her. Mia is the boring bullying big city cop.

Filip the chief cop of Smolyan is cute, really cute. The dead man was one of the border police and he had a mistress. There is a incest accusation. Paper bags are used to preserve evidence. Mia invades Filip's crime scene and takes photos and annoys. This was endlessly fascinating save for the annoying Mia. Guns are waved. Mia invades the autopsy. A creepy museum is visited.

Chanov the creepy prosecutor is Filip's overbearing father. He gives off abuser vibes. The body was found in the Dark Lake. A sheep has been stolen. The mayor is worried the murder could stir up the region. There is talk of a Migrant Centre.

A nutty woman makes prophecies of doom. What has awakened? There are hints of the supernatural and as Filip, Vladimir Karamazov is hot. There is talk of the devil. Mia needs a good slap. The dead sheep and a suspect are found. This was good.

“You have to think of something for the media. Something convincing.”

“Are you nudists? Gays?”

“Either a bear or a scumbag.”

“All kinds of trash come here.”

“I hate the bastards.”

“You should be scared too.” 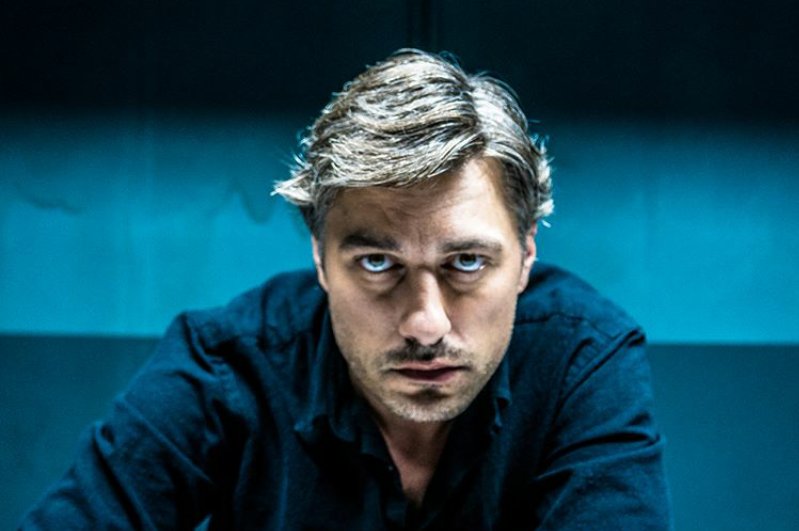 There are 12 eps of this show. Filip and co wander around the very well lit deep dark woods. Donka is the pregnant cop. Mia bitches about her NSA cred. A Syrian has been arrested. Mia is awful and a deceiver. The prosecutor is creepy and he wants a confession. Why is Mia under a psych eval? She has PTSD and is being made to go on leave. The Syrian claims his name is Samid. There is a bad fake looking punch and a really fake toilet.

The prosecutor hates human rights lawyers. Filip Chanov broods. Mia really goes OTT. A bitchy waitress is Filip's ex. Mia calls Filip a daddy's boy who lives with his daddy in his 40s. Then she humps him in his ancient car and steals his keys. Mia sneaks and thieves and Filip and co harass Roma. We get many looks at Filip's ass.

One male cop looks like a teenager. The Syrian isn't the real Samid, that Samid is dead. So who is the Syrian? Mia crashes Filip's family dinner. Filip's brother is allergic to sleeves. What are Leva? There are tangled love lives and Mia issues threats. A phone is found. This was good.

“Helps you walk for days. Without stopping.”

“You want to know what an orgasm is. But you'll never find out.”

“Don't make me trash your house.”

“Is your house legal?”

“Working as a waitress with 2 degrees! Only in Bulgaria!”

“I thought of slapping him around.”

“Take me to Angel or I'll take you to the hopsital.”

Strangers Among friends, At Home Among Strangers

There is a second body. Mia snots. Filip broods. I like this show. One wonders if Filip was sexually victimised by his weird father. This show is interestingly weird.

“Well maybe there's a head but it's not near the body.” 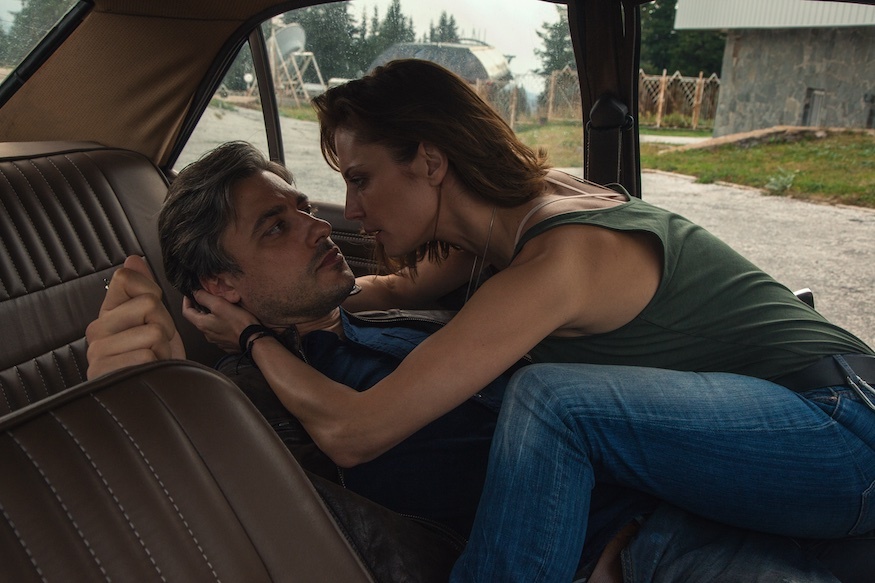 Catherine Zeta-Jones has an Oscar, it's hard to remember that watching her panto act in this crap. Why did Malcolm keep psycho dad's belongings in his loft? Psycho dad had a bank key?? What kind of man would Malcolm have become in different circumstances? A shut in babbles. Malcolm never received the support from his vapid narcissistic mother to which he was entitled. Psycho dad is effusively awful. This was not a necessity or indispensable. Psycho dad and CZJ's abuse escalates. There is an evil twin. Jessica visits psycho dad. There is mass vomiting and psycho dad plans his escape. This was ridiculous full of overacting and deux ex machina.

“I don't always wake up screaming.”

“Who still has a landline?”

“Creep across the street.”

“My life isn't your soap opera.”

How are Snow and Frost 2 seperate people? No more Wells. This show is crap now.

The thief is now a whore? There are sketchily drawn elites and an undifferentiated and othered mob. This was anti-entertainment. There is discomfort and this was not unflinching. There is no verve and flair. Raul rants. There is fateful indifference. This was repugnant. I'm done.

There are no low risk lifestyles. Sofia's in hospital. There are indecorous types and malcontents. One's uncomprehending of what this is all about. There is collateral damage and no rapdily escalating threat. Someone tried to kill Sofia. Raul gets a gun. Javier lurks. There are negative signals and I've no idea what is going on.

The Avenger is revealed. People are frightened by what is coming. There is a kidnapping and this was inadequate. This was not unnerving. This was dire and ineffectual. How did The Avenger do all they did? Immense determination?!? There is no accountability. One feels a negative reaction to this.

There is growing unrest and season 3 is set up. Someone goes off a roof. This was a detriment. There is total havoc and implications. Give no credence to this.

“Everytime you say that, things get worse.”

“Have you ever wondered what I want?”

“Are you seriously preaching morality?”

Tags: flash, prodigal son, review, the devils throat
Subscribe
Comments for this post were disabled by the author