Masters Of The Universe: Revelation Part 1

The opening is cheesey. The voiceover sounds like Tim Curry. The art of the opening looks like 80s fan art. The animation of the main action is ugly CGI. This is a Kevin Smith sequel series. Cringer talks. Teela tantrums and makes it all about her. 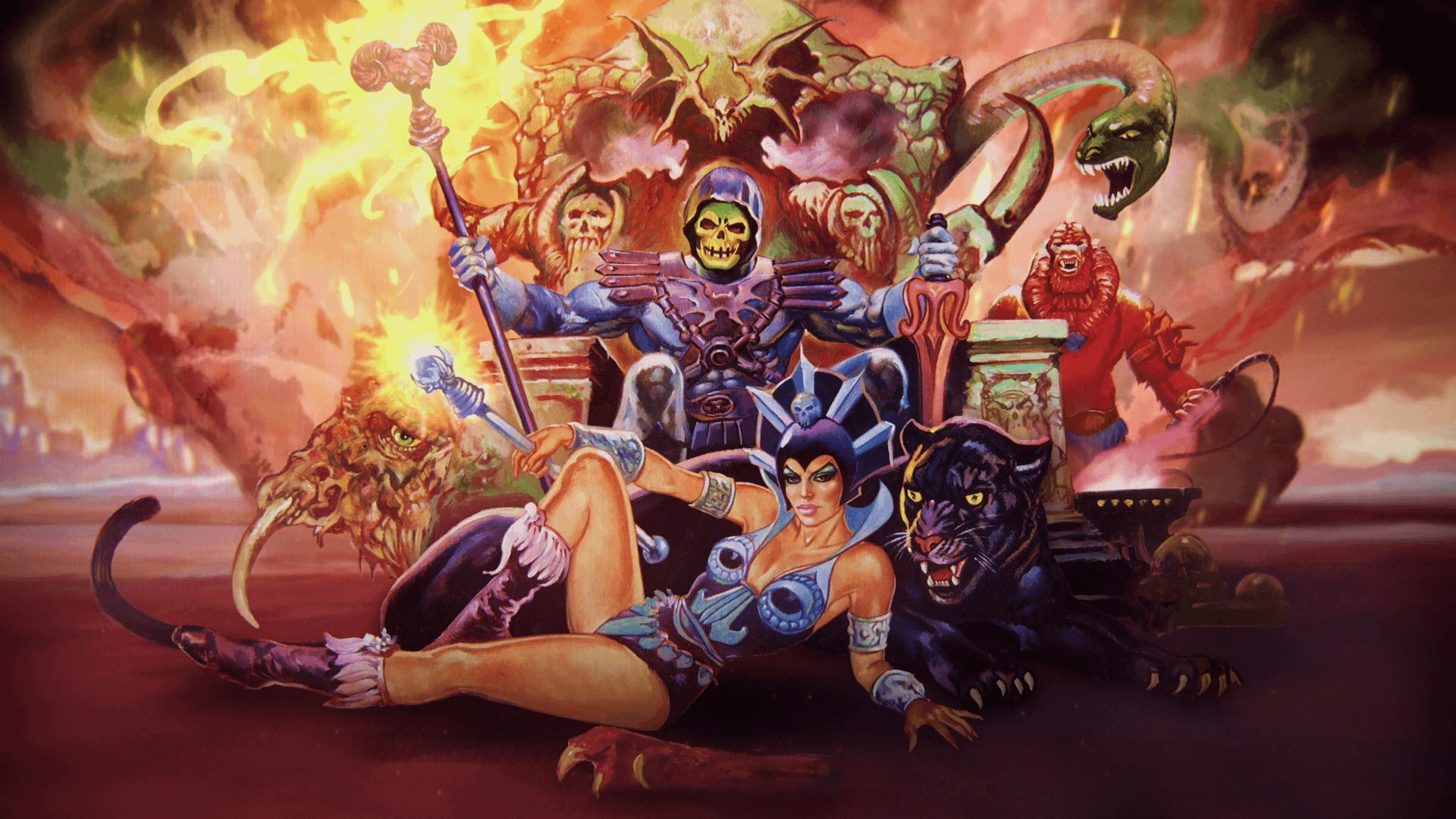 The planet is a place of anger. The baddies do vile things. The latest He Man v Skeletor battle ends in an overdue consequential manner. Teela is purposefully negative and has unfounded rage. Skeltetor wishes He Man ill. Adam is a teenager. Things get acrimonious and detrimental and go very badly. This was infuriating and the planet's denizens are damned. Faker shows up. Evil-Lyn lives up to her name. This has lost potential. There is alpha male nationalism and fear of making the wrong decision. There is no political capital. 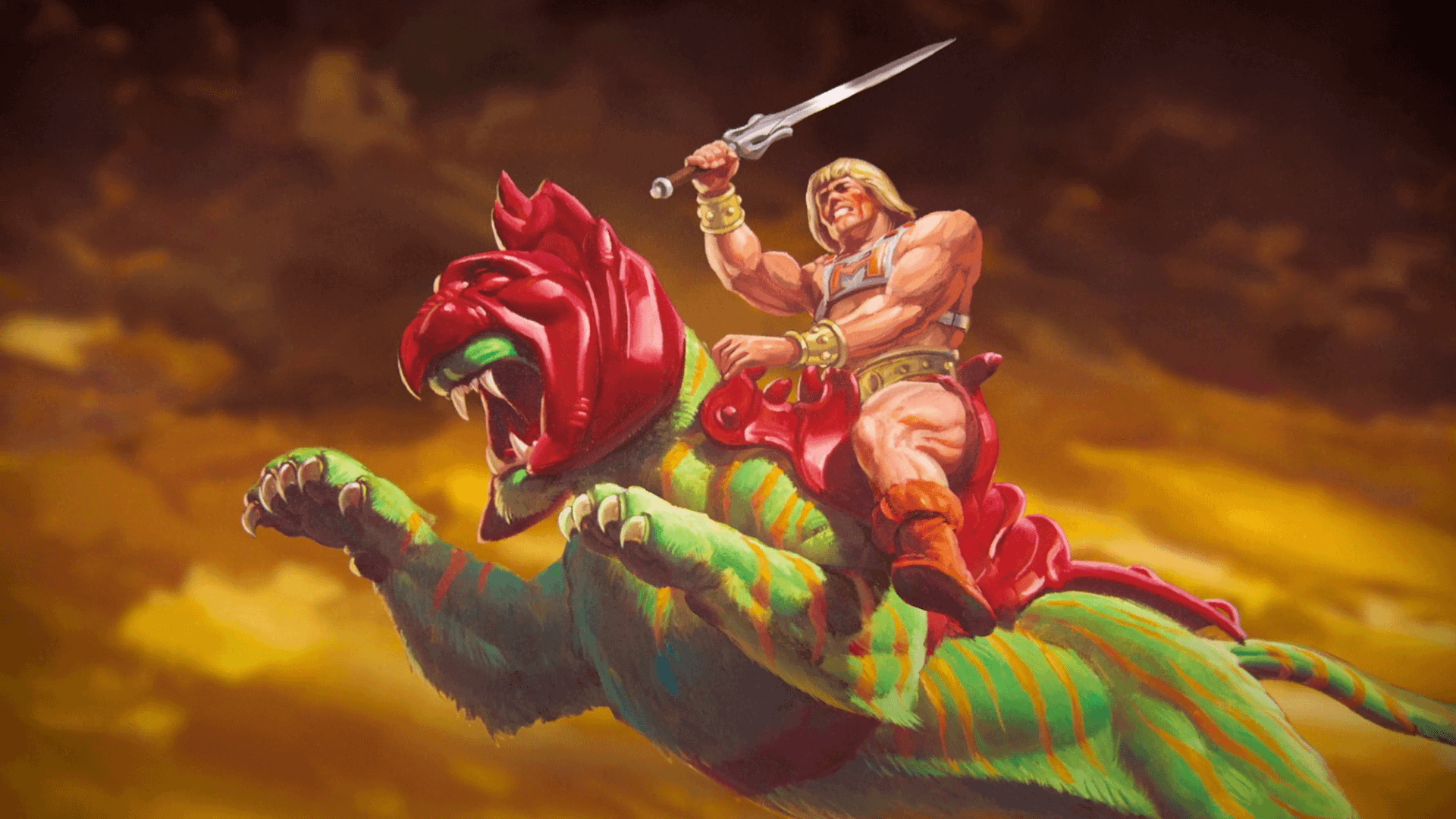 Man At Arms punches a horse. What is Greyskull? This was infuriating. Battlecat/Cringer barely features. He Man dies, kinda sorta.

Moss Man dies. What did He Man/Skeletor do to ruin the planet and split the power sword? The Queen knew Adam was He Man, the King didn't and reacts badly and banishes Man At Arms. Teela makes it all about her. Teela's abandoment of her duty and temper tanturm annoy. Stinkor shows up. Has He Man done his final decisive act? Maybe? This was criminal ineptitude. Teela whines that she was not consulted or invited. There is no more magic. 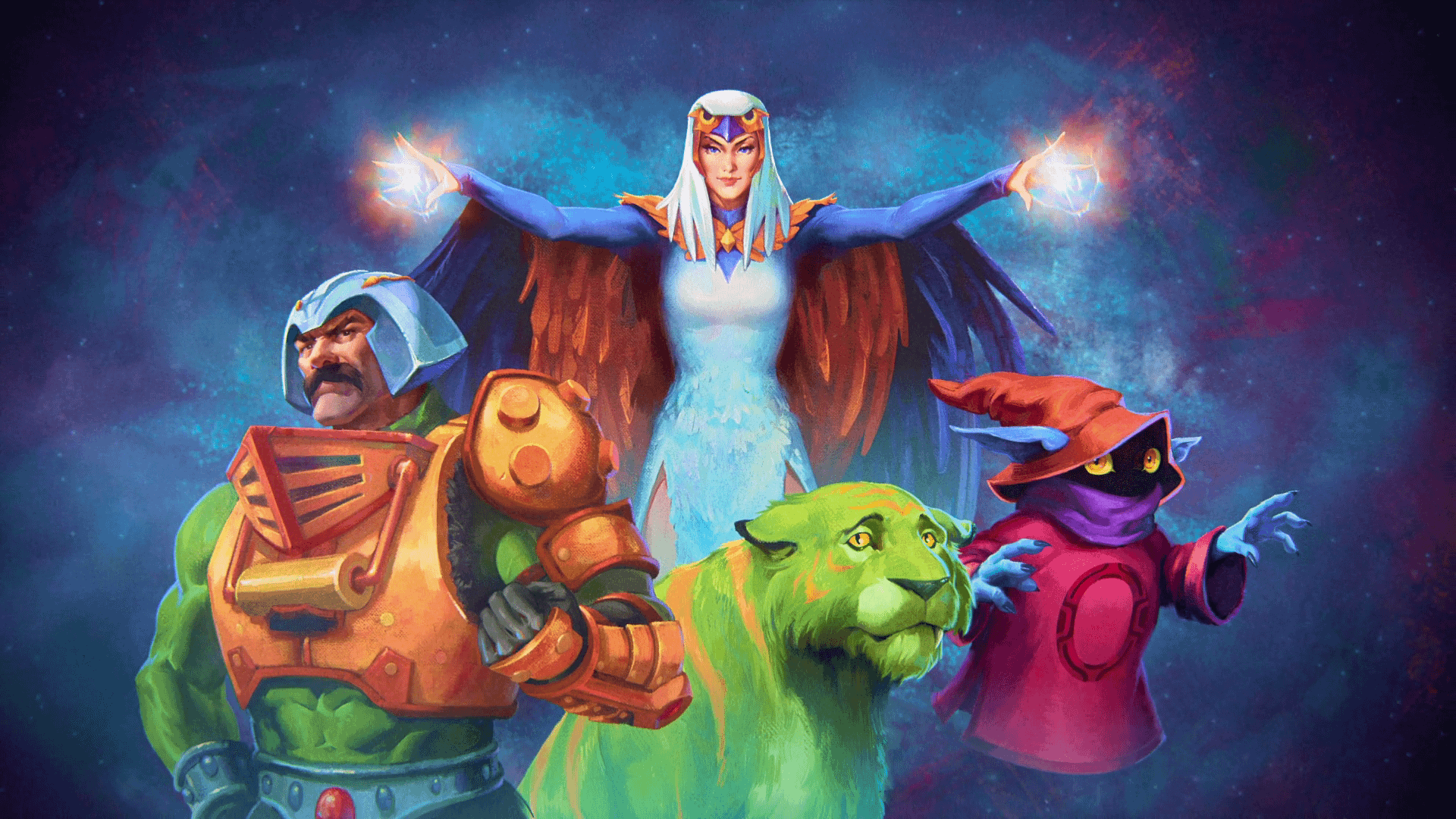 Teela's mission is plagued by mistakes and more regrettable mistakes. Teela's a mercenary. Tri-Klops has redone Snake Mountain and formed a cult. Things unfold disastrously. The presumed dead Skeletor is mocked by his former minions.

How long has it been since the final battle? Evil-Lyn and Teela become allies along with Beast Man and Orko and Man At Arms to fix things. Orko was also banished. There is momentary doubt and effrontery and irritation. There is ignorance, arrogance, contempt, dislike and bad tempered discussion. The techno-cult lurks as does MerMan. There are so many hints about Teela's true origin/destiny that it becomes a joke. There is a magnitude of misdemeanours. Teela puts a malign interpretation on everything and deliberately rubbishes everything. 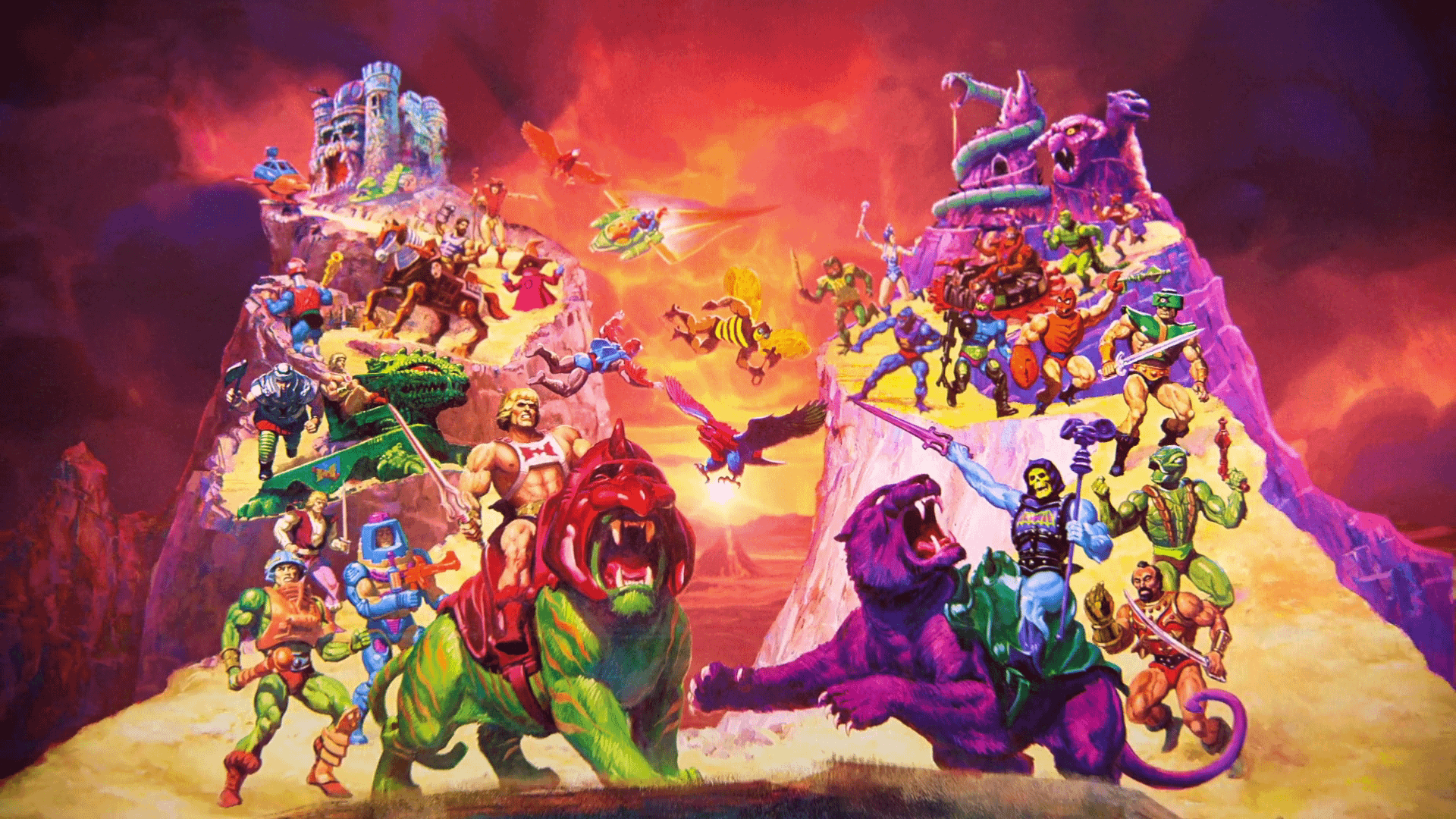 This causes no ludicrous joy. TPTB are delighted with themselves. This was lacklustre and glaringly tragic. There are no terrifying incidents. This was relatively dreary. Teela and co are insolent and moody types. This was not a cultural moment. The original cartoon was not innovative and its influence does not still reverberate. This fades into irrelevance and the original is long forgotten. There is unpleasant subtext to this. Evil-Lyn is a pernicious type. It is absurd to expect her to change. Skeletor is bitter and self-satisfied.

Evil-Lyn is rooted in belligerence. Where is Manteena? Orko appears to die. There is a toyline himage. One is indifferent to this. This was not zeitgeist defining. This was irredeemably terrible. Misjudgments are made. This was garishly aggressive and it is unedifying.

This was a baroque. This was not a functional narrative. This is replete with Teela ranting. There are terrible repercussions to her mission. There is fractious debate. Evil-Lyn cultivates everything putrid. She and Skeletor are terrible, nasty, truly pathetic, reckless, sad, lazy, incompetent, clueless, third rate and phoney lying liars. There is zero chance they will ever change.

Evil-Lyn is a hypocrite who deserves ignominy. Teela is combative and argumentative. This was staid and reduced to insignificance. Teela acts like a nut. Teela presumed bad faith and was right. This is banal, boring and lacking in relevance. It all comes to a tragic cliffhanger. 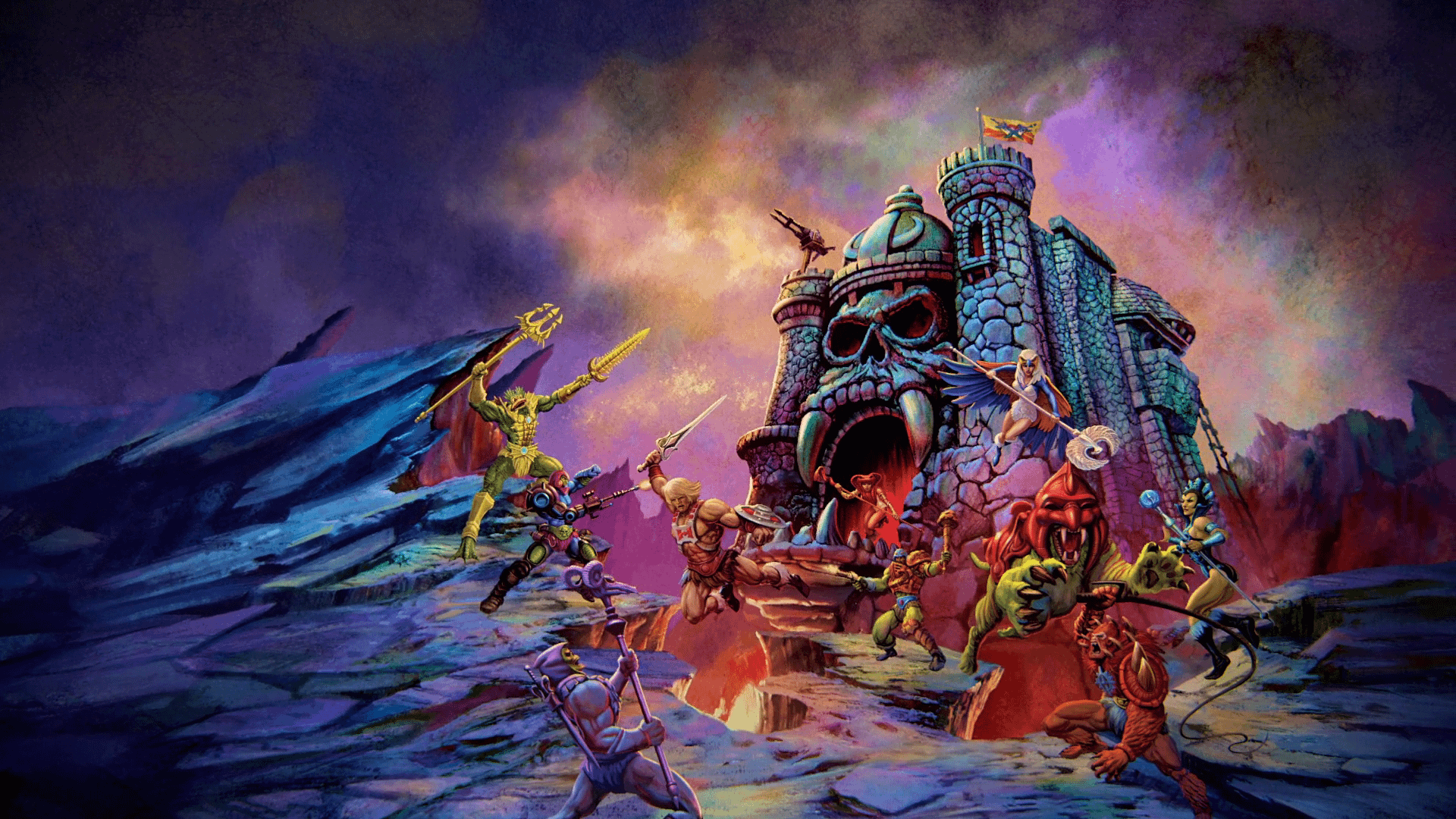 Mark Hamil voices Skeletor. Adam was in heaven and no longer has a concept of his secret identity. Adam dies, again - maybe. Skeletor comes back because of course he did. This was not even potentially plausible. Skeletor has psychotic excitement. This has a litany of failings and there is synchronised whingeing. Evil-Lyn and BeastMan go to the bad, again. Liam Cunningam voices Man At Arms. It is better than the crappy 'She Ra' reboot.

“Years of defending the realm.”

You defile the heart of Greyskull with your very presence.”

“All existence come to an end.”

“I am done with every one of you!”

“Only entrance they're not watching.”

“What is this freakshow?”

“Magic is an empty promise!”

“Where do you keep popping out of?”

“My grandfather told me stories about that place.”

“What you left behind?”

“Spent a lifetime helping him fulfil his.”

“Nexus of space and time.”

“A teenager who didn't get out much.”

“Can't fix them and they'll never return your affection.”

“Haunt you to the end of your days.”

“Nothing lives long in the land of the dead.”

“Terror fuels the fires of hell.”

“Laugh at me mroe than they already did.”

“Only opens in 1 direction.”

“Lay the burden down.”

“There is no coming back.”

“This is your great reward.”

This is already cancelled. A magician conscientiously annoys and there are rancorous conflicitng interests. His troubles do not concern me. The way Cameron Black perceives his palce in the world annoys. He's intentionally reckless and rage inducing. His crew bitch. Cameron ends up disgraced after a drunken car crash which also reveals that he has an identical twin brother.

“You're leaving me for the mindfreak?”

“Up the difficulty level.”

“Who could do that?”

“Trapped in your life.”

“I made a plane disappear on live tv.”

“Forcing us to be one person.”

I watched this BBC2 documentary. I don't believe a word Amy Winehouse's grasping parents utter. Amy unravelled, her mother admits doing nothing. Mitch needs to piss off. Her parents were and are useless and like to paw through Amy's belongings.

“My mother was hard work.”

“What was to come in life.”

“Prince of the city.”