From Under The Glacier

A subglacial volcano erupted. This is not harrowing. This is a non horrific tale of depressing familiarity. Nobody is taking any action. The aftermath of the volcano on a small village is not an intimidating venue. This was not a piece of brilliance.

The villagers have righteous loss. A naked ash covered woman shows up. This leaves you colossally disinterested. There is great dismay. Inevitably, things go awry. There is staring and is this dubbed? This is set in Iceland. This was an overly simplistic take. This was a far fetched dystopia.

It is a challenging time for people. This was uninspiring. There is assignment of blame and substantial disruption and damage. The catastrophic event has done damage. There is a cravasse in the earth. Things are high risk. There are ravens and cats and mental turmoil.

This was unambiguous and people are disproportionately affected. This was repugnant looking and full of hackneyed devices. This was full of theatrics but lacking in drama. There are lofty orators and no high octane drama. There is no creativity just crushing banality. This was mundane. The land is deliberately hostile. There is a labyrinthine plot. There are fixed opinions.

There is resignation, consistency and more resignation. The plot is abstract and this tries for folk gothic and eerie emanations. Grotesques move around. What's the assumed destination of the plot? This does not lodge in the collective consciousness. This was not defining or enduring. People have constant scowls and people look deranged. There are lazy moments and this was self indulgent. Cows are cows. Some weirdo looks deranged. There are mysteries and a bleak outlook and strains.

“Would that be horrible?”

“There is something going on.”

“Time to stop all of this.”

~
Speak Of The Devil

Psycho dad has grim triumph as he plots his escape, again. There is more murdeorus action. This was excessive camp. Bright's mother bothers him. There are no moral actors. Assertions are made. Psycho dad is impervious to logic. Bright is subjected to distrust. The sister gets away with her crap. There is idleness. Civilisation is a relentless war which humanity is doomed to lose eventually. Is Gil back on the job? Bright needs a good wash.

There is talk of exorcisms and unsubtle homages. This was particularly tedious. A killer Friar lurks and there is flaccidity. This was not blazingly exciting or disturbing. Each of Bright's parents has a favourite. Why does Bright's apartment look like a funeral home? There is SJW stuff and lead poisoning and calamities. This was deranged and had death carrying elements and eternal darkness and a presentiment of something terrible.

This was miserable. Bright sells an exorcisim. People are shackled to fate. There are terrible images and cold and bitter types and Gil is ditched. Psycho dad has an obvious pleasure from cruelty. This was terrible, stupid, self indulgence.

“Angel of the Abyss from Revelations?!?”

“Your nightmares are kind of epic.”

“You got my back but what about them?”

“If I escalate this.”

“Destitution of the soul.”

“You know that evil is real!”

“You made sure of that.”

“Repeat it! Believe it!”

“Their work destroyed them.”

“On edge lately, even for you.”

It's winter and people knowingly and persistently engage in stupidity. Wrongdoing can ever be excused or accepted. There is elaborate and calculated dishonesty in this non-linear incoherence. There is no regret or remorse. There is good stunt work. A plane parachutes something or someone out. How? Why? There are adverse consequences and deliberate and intended acts. There is a house. This was not plausible. Who are these people? This was painfully obvious. What's going on? There is mumbling. Who's fighting who? Where are they getting the ammo and petrol? There are planes and a reveal and bodies.

The USA government tool annoys June. It's the Dominion of Canada you idiot June. Luke's an idiot. June has a Handmaid tag in her ear? Didn't she rip it out in season 2? Why did she leave in this new one? June looks like the bottom of a foot. Why does everyone blame Serena? Blame Fred! June is a vile person who gets triggered by the supermarket. Emily and her son show up. Moira messed things up. June has pathological delusions of her own importance. What about the fertility crisis and pollution? Who is Canada's trading partner now? Who cares about logic? This bored. 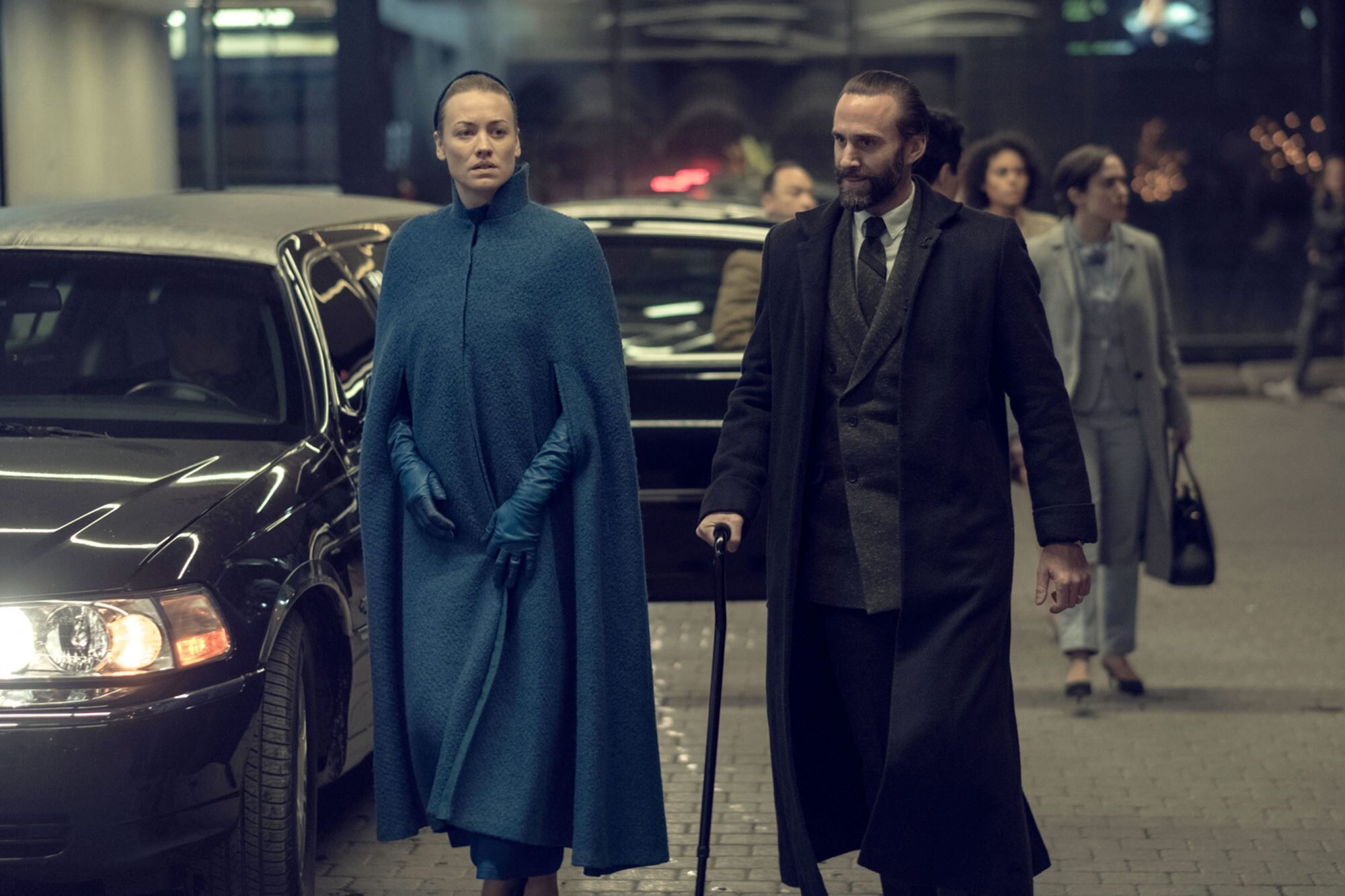 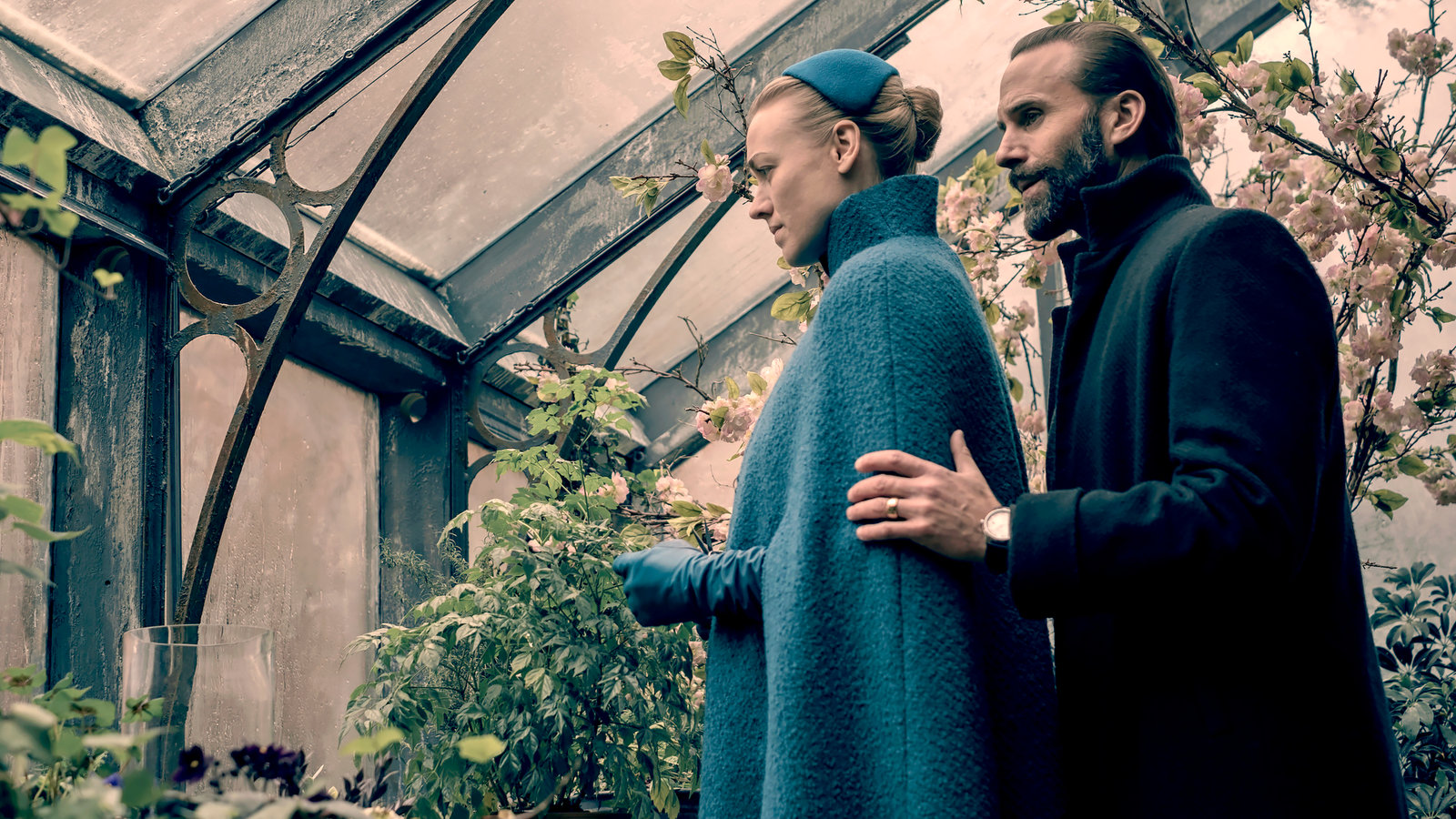