There is brutal indifference but no fascinating complexity. Cody's an idiot. Kevin J O'Connor shows up. There is no care or attention in the unforgiving world of FAM. There is effrontery and there are deficiencies and nasty and vindictive people. Things are terribly grim. FAM are heinous tormentors. FAM is not well intentioned. This was gratutiously bleak and borderline self-parodic grandiosity.

One feels bafflement. Cody is without individuality or agency. There is no moral obligation. FAM does not reward the righteous. Deviation from FAM is not expected or tolerated. Krystal's swim class is shut down. This is inept. One is entirely bewildered by this show. People suffer unpleasant consequences. Cody has deep reverence for FAM.

There are irregularities and questionable activities and manipulation and corruption. There are subjective judgments and discontented parties. There is no decision making power just anguish. Cody screams about adherence. One is baffled by this implausible irrelevance. A creepy guy (O'Connor) has active hostility. One is bemused. Krystal confronts problems. There is no pragmatism.

Cody is ensconced in delusion. Julie Benz shows up again. A man lurks intimidatingly. There is no support. Things are unimaginably unfair. One feels revulsion for Cody. He countenaces ridiculous accusations. This was improbable. FAM is an existential threat. Cody erodes and erases sense. There is an impossible scenario. Krystal faces exclusion and isolation.

There is vilification and hard, inescapable facts. Cody has self righteous justification and visits ire on people. Cody is despicable. FAM is unfathomable horror and impossibly arduous. This was ineptitude. This was absurd and ludicrous and entirely irrelevant. This was farcical fodder. Krystal encounters white trash and defaults to hating everything. There are negative moods and weirdness. There are negative impacts and warped religiosity and disaster. This was not inventive. FAM is ensuring compliance. Krystal asserts leadership. I'm done.

“One on one mentoring.”

This was far fetched nonsense. Remember Janeway's stupid gothic holonovel? There are garrulous types and the whole Starfleet/Maquis tension never happened, ever. What a waste. This show had no potential for redemption. This ep is uninviting. This ep is utter nonsense and dreary and a nonsense distraction.

Chakotay's brain dead – how can they tell the difference? This show is universally derided. This ep has no unflinching clarity. Janeway has sanctimony. This has no cultural impact. There was so much fuss about Janeway's hair. Janeway was not a complex turn, she spent the show's run mainly furious. When it ended: nobody missed this.

Kes would be fired, Harry would never get a promotion and Robert Duncan McNeil should have played Locarno. This does not leave you rapt with fasciantion. Kate Mulgrew's bad acting discourages liking this show. This was so 90s and was from a time when one had a disincentive to care about Trek. The ship is disrupted by issues. TPTB were fond of the dread Star Trek reset button. This was not searing. There are anomalies and pained complaints and frustration and this was lacklustre and unimpressive and underlit.

Molly forgives that bitch Julie. Tobias is smeared after his own people blew him up. Charlie is ever useless. Molly acts like an irrational banshee. A new character shows up. There is deep unhealed trauma all round. There is no trusted voice of reason. JD and Molly flirt. There is unspoken contempt. This was boring. Lucy punishes Charlie.

“Can you get your hands on some thermite?”

“Forced a destiny on her.”

People are avoidant liars. Is Julie dead? Lucy plots. JD's ex declares her love. There's death as the robots attack. Where did Hilarie Burton's character go? This bored. JD gets shot by a robot Molly.

The hybrids do their stupid line readings. Sadly that bitch Julie isn't dead. JD lives and is a hybrid now. Did TPTB just rip off 'Highlander: The Raven'?!?!? Charlie gets shot. Molly fights Molly X. The robots are defeated. Lucy dies, Ethan lives and JD isn't a hybrid after all? Molly reveals the truth. The final scene makes no sense but was never followed up as this was the final ever ep.

June's been rescued because of course she has. Moira breaks rules for June regardless of the consequences. Moira was on an aid ship that has to flee. Wouldn't Gilead take Moira back? Moira didn't want June to marry Luke because he cheated on his wife. How long has it been since June was first caught? This was boring and overwrought. Luke and June reunite. There are no good options ahead.

"Worst piece of crap lawyer ever!"

"He lied for years!"

"No one wants you there." 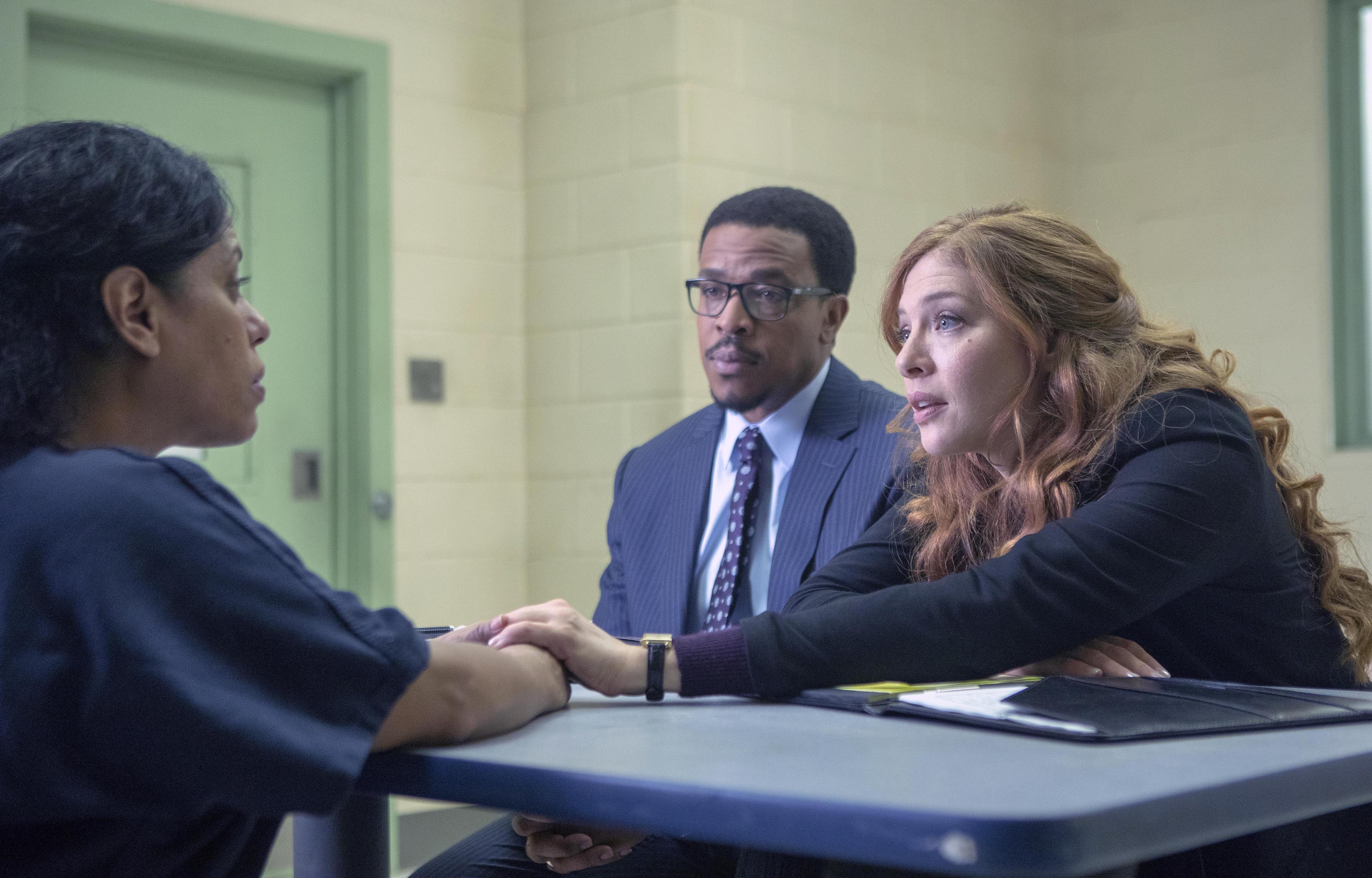 Tags: extant, handmaids tale, on becoming a god in central florida, proven innocent, star trek
Subscribe
Comments for this post were disabled by the author