Sam and Rebecca Hickey (Elaine Cassidy of 'Harper's Island') live in the West Country in this Channel 5 drama. Their paradise is shattered when 2 intruders break in. In a paranoid rage, Sam kills one. The couple then stage the scene to make it look like self defence. There are annoying people who can't act or make sensible decisions. The husband is a crazy person. These people are really bad. This was incoherent crap.

Adam Brody and Martin Freeman sweating on a treadmill star in this risible and utterly incoherent drama. People face moral scrutiny. There is shagging and not even bearably mediocre. There is a rancid money grubbing culture. Martin Freeman does a terrible US accent. This was not original and unseemly business goes on.

There are complicit authorities and I've no idea what is going on. This causes complete indifference and incomprehension. One will forever be in the dark as to WTF this is about. Activities that aren't legal or moral take place. This is acceptable cultural activity? There is no sense of threat. People are so legally entangled.

Egotistical men who need reputation fixes lurk. People are pushed to the limit. There is talk of money laundering and prohibted methods. This was not hailed or celebrated. This does not thrive. What is the end game? What is the big picture? This was dreadful and full of ungrateful useless people.

There are no ethics just unimaginable suffering. This was appalling. There is brute force and incompetence and reckless and irresponsible types. There is financial irregularity and no compelling anguish just reckless morons. This does not inspire confidence. There is an ignoramus and connections. This was chaotic and not eloquent. This was shocking inadequacy and there is no dignity. There are dreadful inhabitants and nobody is sincere sounding. There is no quality or effectivness.

“Do you want to be my friend?”

“Thought you were better than that.”

“Considering who that money belongs to.”

Face, Hannibal and BA have finally been caught and face court martial. Robert Vaughn lurks being sinister. David Ackroyd of 'Deadly Lessons' and 'The Dark Secret Of Harvest Home' prosecutes. The military court is curmudgeonly. Will the gang be convicted for their violent and heroic action? The irritating new character Frank won't go away. This season was doomed to be brief. Why isn't Murdoch arrested? Stockwell (Vaughn) and his sunglasses lurks.

BA flips a table. The A Team do not help themselves. Faces from the past show up. Hannibal won't stop grinning and gurning. They face impending defeat as their acts are laid out in the relentless detail. The crime they were orginally convicted for was robbing the Bank Of Hanoi. George Peppard is given a few lines that shows he is a great actor. Menawhile Murdoch and Frankie walk around in camo being loud and stupid.

Hannibal and Face and BA do something stupid. Nobody has a military haircut. The trio are sentenced to detah by firing squad. David Ackroyd has a nice voice. This was okay. 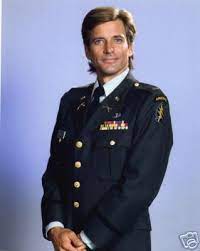 “They must have know the risks.”

“Lost track of how many laws they broke and how much military property they destroyed.”

“Rules mean nothing to these men and they're loyal to no one but themselves.”

“The witness is not on trial here.”

Molly has paranoia and John has disapproval. This was old fashioned done in clockwork fashion and the characters and lines and plot are uncanny and weird. Goran Visnjic and Hiroyuki Sanada and Grace Gummer and Camryn Manheim co star. John is unseeing of Molly's distress.

This was not twisty or brilliant or absorbing or thrilling or powerful or ingenious or exciting or memorable. This was not even interesting. John is saturated with ambition and smug. This was not complex. There is deceit. Nobody is a once in a generation talent. Ethan is a robot not a child. Nobody has a personality. There is talk of a neuro virus and a faked death.

This was ridiculous artifice. People are unaffectionate. This was bleak and what are the astronauts seeing? This was barely intelligible. This lacks conviction. Nobody watches this with bated breath. Molly has brittle hesitancy. Molly's boss has spiteful triumph or does he? This was twee. Am I hate watching this already?

Molly's not very afraid. Are people talking about aliens? This is drifting into boredom and indifference. There is a secret. Will there ever be a conclusive explanation?

“We were the experiments!”

“Had a psychotic episode in space.”

Wish You Were Here

“Too much oversight for a covert programme.”

“He's a toaster with hair.”

Liz killed someone, the cliffhanger ending of 8x14 came to naught and Liz tries to prove Red is Russian or something. What became of the whole Ilya plot? Liz steals and fights her old team. Liz and Ressler face off. This was useless. Everything is about Red always. People are idiots.

Tags: deadly lessons, extant, harpers island, review, the blacklist
Subscribe
Comments for this post were disabled by the author