A family move to North Carolina. It is a challenging time for them. There is no societal enrichment. This was not alluring or exciting. The nagging mother is drearily shortsighted and makes bad decisions. There is no creativity. This is in creative limbo. This was not compelling or inspired or creatively reactive. 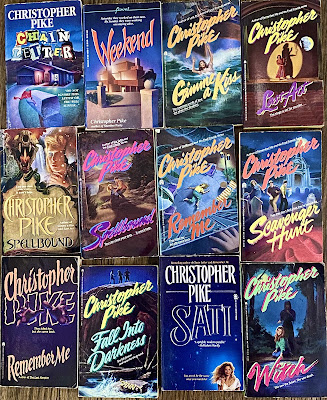 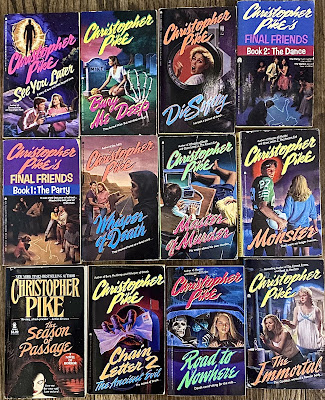 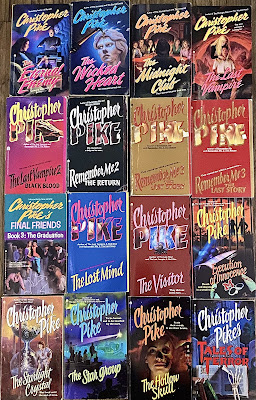 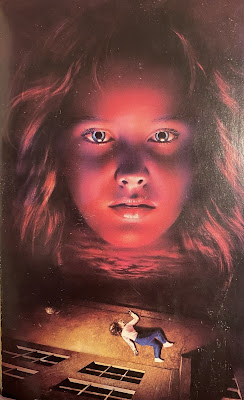 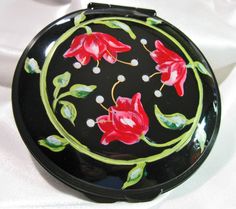 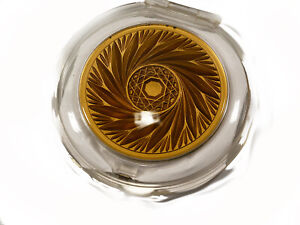 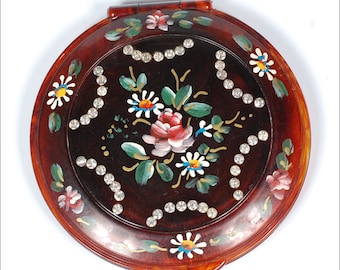 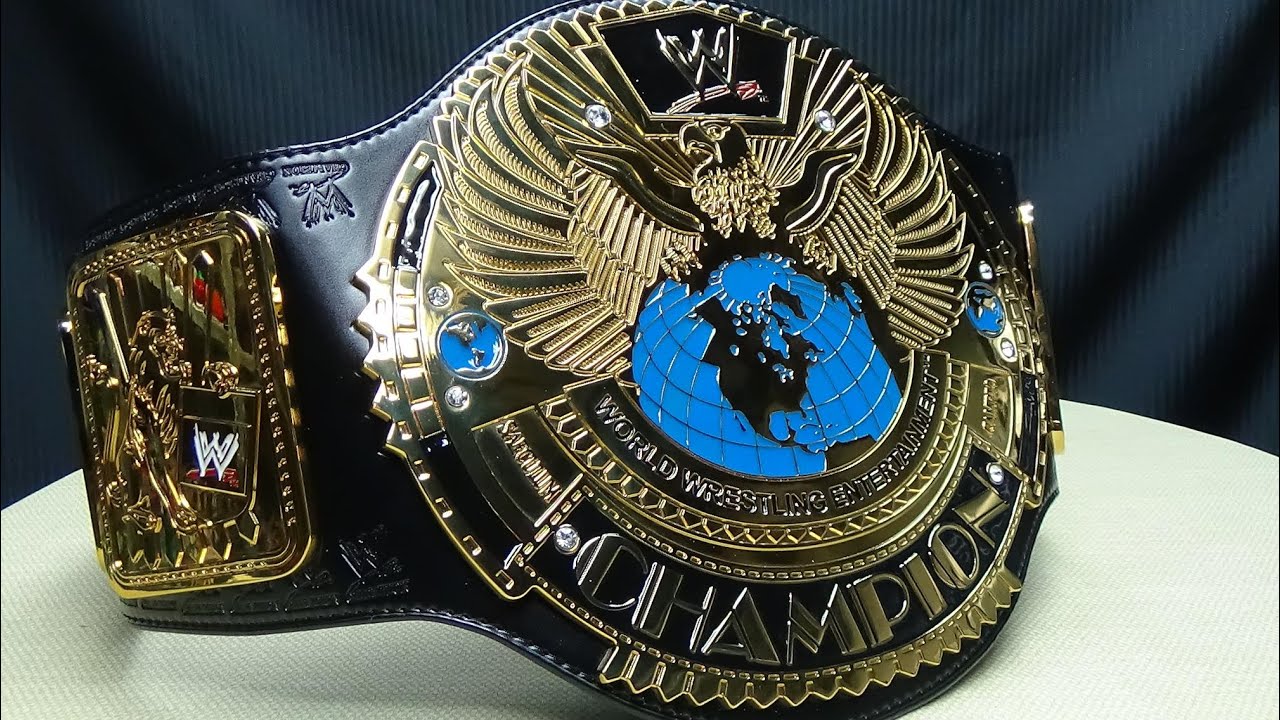 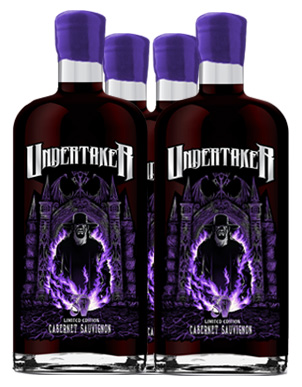 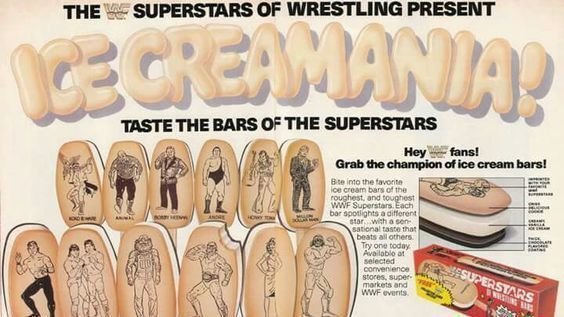 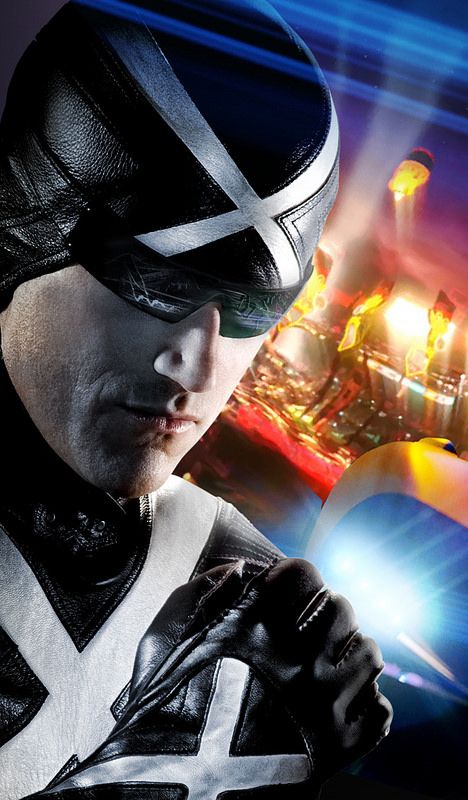 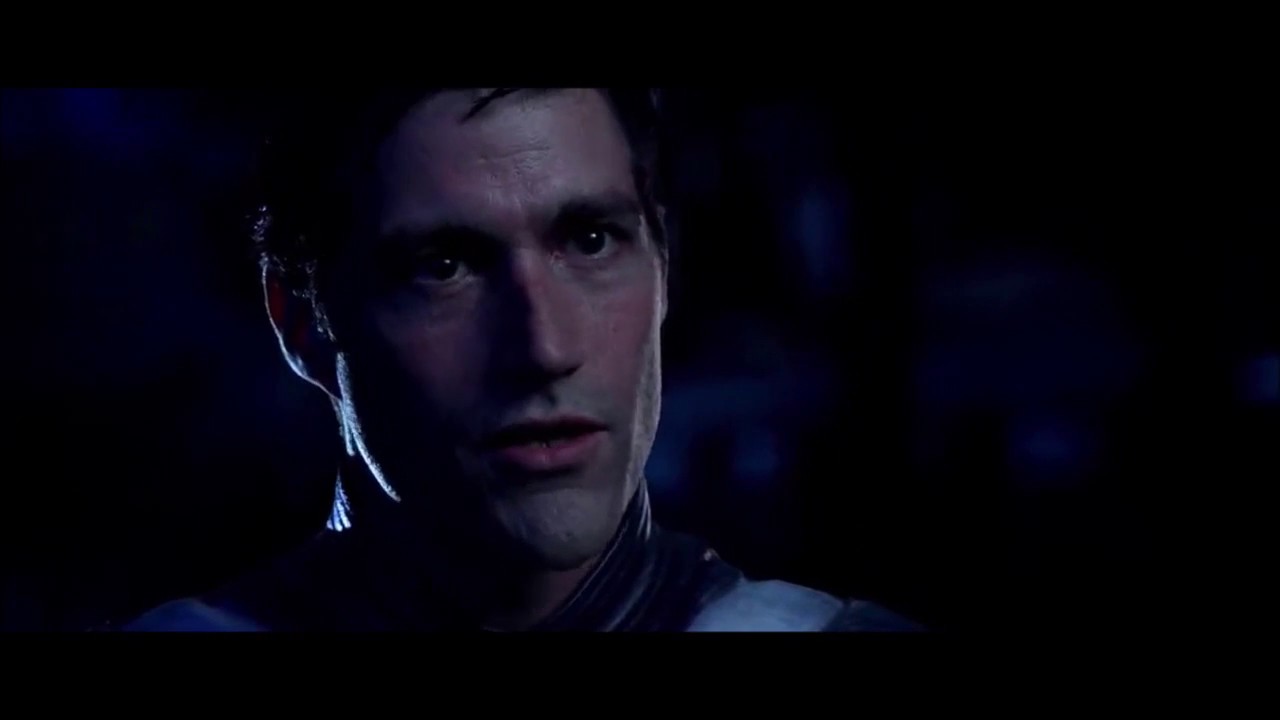 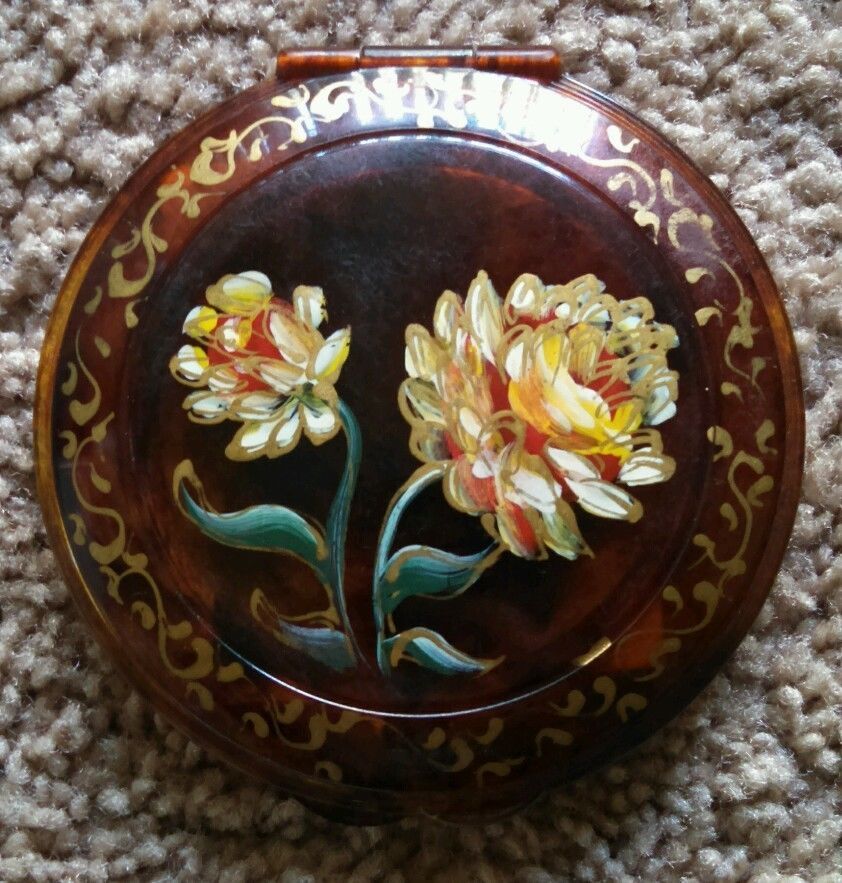 This was 4 frightful tales. Kate and Alice hang out. There is the worst of humanity and line crossing. Cassandra Cain is Batgirl. WTF is an Anti-Oracle? Barbara is Oracle. Professor Pyf bothers people. Batman is a violent lunatic, all: darkness! No parents! Azrael runs aorund. We see a glimpse of the future. Black Lightening is a sword. There's a gaint cat thing and an ark. Who are the outsiders? What's a soultaker? There is exposition. There are moral wars and Tim Drake. This was okay.

“You didn't tell me your sister left the sanatorium and moved in with you.”

“But if Red Alice commands them to, they will come.”

“The lunatic has all but turned it into a fortress.”

“You have nothing to threaten me with,”

“I listen to the city. It speaks in sin.”

“Gotham is a sick place.”

“The drug pusher found six blocks from here, decapitated with a battle-ax. I suppose you know nothing about that?”

“Every ally who fell—to Crane's toxin, or the reality tears, or the demons that burst forth from this place, when the spells and the exorcisms went terribly wrong.”

“You have no idea what's in front of you.”

“Crane used it as another of his 'living labs', where he field tests modified versions of his toxins on innocent people.”

Bruce is a horrible person. Barbara and Red Hood show up. As does Scarecrow. Mmm.

Subtitled. Scouts, who look a bit old for scouts, find diamonds. There is violence.

My ex didn't think I deserved an explanation or even acknowledgement.

Who read 'Flesh' or 'Midnight's Lair'?

“Rules known only to the offended.”

“Lives on another planet to the word “no”.”

“An affront to masculinity.”

“Live with the consequences.”

“His ability to write angry letters to authorities is legendary.”

“I've been running into burning buildings for a living for 30 years. Do you think I'm going to be afraid of some bloke in a suit.”

“Even considers owning a wallet a bit suspicious.”

“A dark power is rising.”

“Lodged in popular memory as a cause of terror.”

“Dreams, however, can cross into expectations.”

“Almost sinister in its prescience.”

“A walled off domain for affluent children.”

“Conjuring food from a field where I saw no food.”

“End their hobbies and their passions.”

“You're not sorry at all, either of you!”

“So shattering to their concept of reality.”

“Stretch our notions of the possible.”

“Even the pigeons were out to get me.”

“What died on this heated bread?”

“What home? Dad wrecked it.”

“Maybe this place isn't as deserted as it looks.”

'I May Destroy You' Quote:

“Started watching 'Banged Up Abroad' every weekend. Didn't know where else to look for you.” 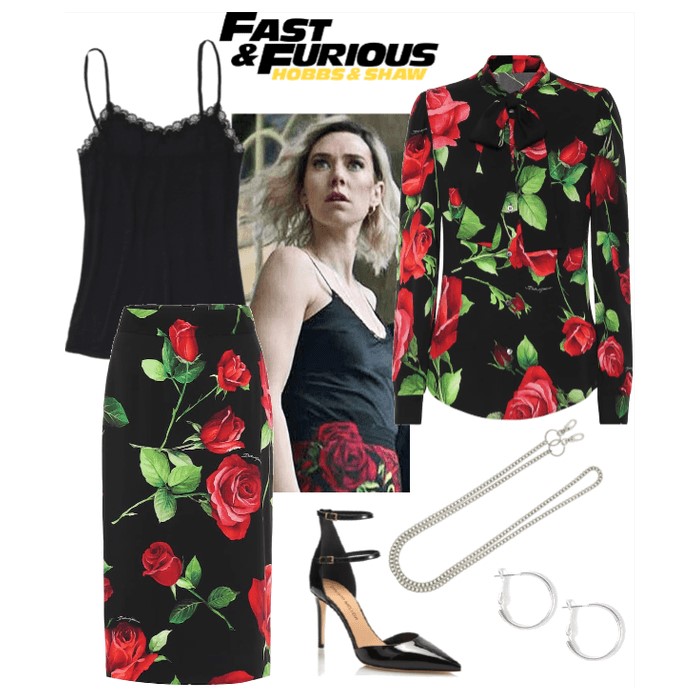 There is no dramatic intensity. This was very bad and lunatic. This was an absurd manifestation of nonsense. Cheryl is remorseless and implacable. Jughead does exposition. Toni and Fangs are in distress with their endlessly crying baby. Tabitha makes plans but she and Jughead are bothered by bugs. Reggie and Veronica are a couple. Archie and Betty want kids. The town is called Rivervale now.

Archie's hair is bizarre. What about the bomb? Did Cheryl's spell do all this? Didn't 'Felicity' do a plot like this in the 90s? There is a dead deer. Cheryl has students? Cheryl's so annoying. Cheryl's endless behaviour and her constant getting away with it is disturbing on so many levels. Archie and Jughead talk.

Betty is gleefully awful. Cheryl has committed a string of assaults both physical and psychological. Archie talks about maple syrup and it's revenue. Things get dysfunctional and disturbing. Weirdness is a perversely cherished local custom from one dysfunctional generation to generation.

What are the old ways? Cheryl fosters a toxic clulture. The show is renamed 'Rivervale'. Betty says she's always wanted a baby with Archie. She's a ho! Cheryl negatively affects the town. She's aggrieved over nothing, with regularity. Cheryl's criminal misconduct goes on. Veronica won't shut up about her casino. You don't care.

“Begone from its borders.”

“Living with my ex girlfriend.”

“Old traditions die hard, if they die at all.”

“Land and river and rocks.”

“Everything meant to be finally is.”

“The town with heart.”

“She Who Walks Amongst The Trees.”

Things are awful, really awful for Monica. There were and are so many Clinton scandals: travelgate, Whitewater, the alleged son, the Clinton bodycount, the emails and Seth Rich etc etc. It is 1997 and Monica is unaware she'd never have a job or relationship. She'd end up dining out on her infamy for years.

Linda stopped Monica from cleaning the infamous blue dress. Linda ignores her horrible kids. There is an OJ mention. It's Christmas. Ken Starr shows up and is called Judge Starr. Colin Hanks shows up. Starr and co think Clinton is guilty. Clinton is bothered and while JFK got away with it, Clinton won't. Clinton gets angry. What's the SPA? Bill rings Monica and tells her what to do.

Monica wears the beret. Linda wears an christmas sweater. There is Macys mention. We see Paula Jones in Little Rock with her mother. Paula has a sister? Annoying PIs lurk and Paula does her deposition. There is sleaze and Paula's past is dug up. This was sordid. Monica is served. The hatpin is discussed. Monica freaks out. Monica goes to Vernon Jordan.

Monica signs a false statement. Linda's miserable. The joy in Monica's life has been taken away. Monica is frightened of the future. Monica leaves the DOD. Linda learns taping Monica is a felony. Nobody has judgement. Monica visits the White House. Clinton gives Monica gifts. The FBI come to Linda's christmas filled nightmare house. Linda's deluded.

“It's a spelling minefield.”

“Vowels are never where you expect them to be.”

“That stain is white gold.”

“Cast down but not destroyed.”

“I never like to take no for an answer.”

“Watch out for her.”

“Who's paying for all this?”

“We can't delay it anymore.”

“No one supports women more than me.”

“Broke my heart a little.”

“This is only happening to you.”

“I got people looking out for me.”

“How hard it's about to get for him.

“This is incredibly alarming.”

“They know I know things.”

“Do you understand how much trouble you're in?”

“Something weird is going on.”

“We all know what they're capable of.”

“Lighting up every life you walk into.”

“Clinton has a mistress.”

“Justify this under our mandate.”

“This all turns into something else.”

“Got horrible advice on that.”

“A jury would f*cking hate that lady.”

“In exchange for that lie.”

“The target is going though the asset's purse.”

~
A Portrait For Troian

Sam goes on righting the unrightable wrongs. Sam ghost hunts. A man has a perm. Does someone dark tendencies. The baddie is obvious. The real ghost is overlooked. This was okay.

Adalind bores. Renard does nothing of note. This was a ghastly mess. This was unsubtle crap. This was the ravings of a mad parrot. Kirk Acevedo and Dee Wallace guest star. A serial killer Wesen racists show up. People are unwilling pawns of fate.

“No one calls the police in Russia.”

This documentary seems to have helped overturn 2 convictions. Malcolm X's legacy is still felt more than 53 years after his death. Archives are looked into and conspiracy theories are suggested. Malcolm X died in 1965. This was okay.

Straight Man In A Crooked Game

The NOI is discussed. Drills are shown. Rivalry is discussed and vintage footage shows how Malcolm X was a good public speaker. This was okay.

Red Sqaud is discussed. J Edgar Hoover is discussed as is his fear of a leader rising. MLK and JFK were insulted. Malcolm X was forsaken by the NOI for his comments on JFK's death. Cassisus Clay shows up. The Beatles appear in an old photo. There are power politics and Clay changed his name to the one by which he is best known by history. This was okay.

“Radical revolutionary violence was on the horizon.”

“All is forgiven on both sides.”

This is a dubbed South Korean drama in which other worldly beasts attack. There is existential angst. There is no scary possibility. There is no frightening schism between believers and non believers. There is total disregard for logic and no covid. This was extremely average and there are societal issues.

There is talk of The New Truth. This was not a towering success. Things with malevolent intent lurk and kill people and issue threats. Men are sorrowful. People are deranged and a nuisance. There are peculiarities.

People are underappreciated. A man is bitter and shouty. This was not a compelling psychodrama. A man has venomous ego. There are irredeemable horrible disputes. There is no pathos. This was unshowy and teenagers are ghastly. There is morbid fear and paranoia. There is a sense of grievance. A mopey pouting guy lurks.

Nobody is stalwart. This was not slick or eventful. Good intentions are corrupted. What is Arrowhead? There is very bad acting. This was really stupid.

“Some sort of cult leader.”

“Do so much worse for their cause.”

“What gives you the right to have an opinion?”

“Doctine of The New Truth.”

I Is For IRS

The team look into a satanic church. Leland's exorcism plot drags on. The hubby is on his way out. Kristen is affected by the exorcism. She cheats. Is the mother's name Sheryl or Cheryl? I don't care. This was mmmm. Is Kristen's shrink a goodie or a baddie?

“Wash every inch of you.”

“You do not know the power you provoke!”

The crew encounter a rude bitchy ungrateful race led by a snotty rude man. Just leave and leave them to their crap. There are speeches. Starfleet Academy reopens after 125 years. The UFP has 59 members. There's an Archer spacedock. A Deep Space station is in peril. The new uniforms are hideous. There's a new threat. Book's planet and everything on it has been destroyed. This was mediocre.

“You are leading them to a very dark place.”

Harry drinks blood from soiled hospital linens. Ew. Doris gives birth to Eli and is pushed past her limits. Harry and Alma have turned on Doris. TB Karen is sad to see Mickey change. Alma's vile and plays her mother. TB Karen is threatened. Is Ursula on the pills? Does nobody do anything about the pale folk? TB Karen is doomed after she is forced to take a pill by the now evil Mickey. Doris takes a pill and ends up a pale person. This was medicore. Harry let darkness and horror consume his family. Doris is tossed out on the street and called tragic, pathetic and sad as Harry thinks of all the hot women he's going to have sex with. TB Karen kills Mickey and herself. Does nobody care about the police chief Alma killed?

“I still don't understand why you keep her around.”

"Every one of you is evil and crazy!"