From the author of 'My Best Friend's Exorcism', 'Paperbacks From Hell' and 'The Southern Book Club's Guide To Slaying Vampires' comes this tale of a group of middle aged final girls, who survived the unthinkable. Lynnette Takington is a final girl, she is paranoid, angry and kind of dumb. But now a psycho du jour is targeting the final girls. This was good with many homages to 80s and 90s and 70s slasher films and their tropes and iconography.

“How would they know if I went missing? How long before someone noticed?”

“Everyone wants a piece of these psychos. They call it murderabilia. Dirt from the graves of their victims. The prom dress Colleen Van Deusen was wearing when the Knight in White satin chopped off her head.”

“A monster came throught my door.”

“They literally were inbred rednecks.”

“Then Santa Claus came around the corner carrying an axe.”

“Writing on my Holly Hobbie stationery.”

“I am not worth hearing anymore.”

“Showing off your daddy's shortcomings to the world.”

“The monster is coming from isnide the house.”

“Cowers from his rage”

“How did I wind up trapped inside this life?”

“This is your crisis come at last.”

“It's so much worse than she ever said.”

“Many woods around this house and not enough people.”

“This has been going on for so much longer than you think.”

“It's a smile that I'm going to associate with nothing good.” 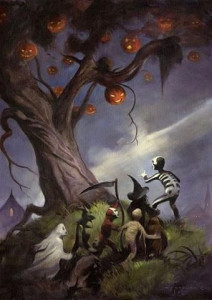 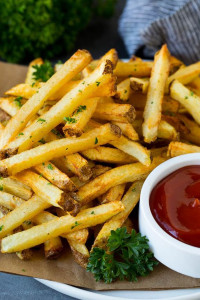 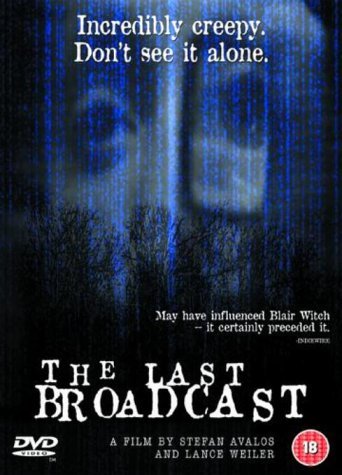 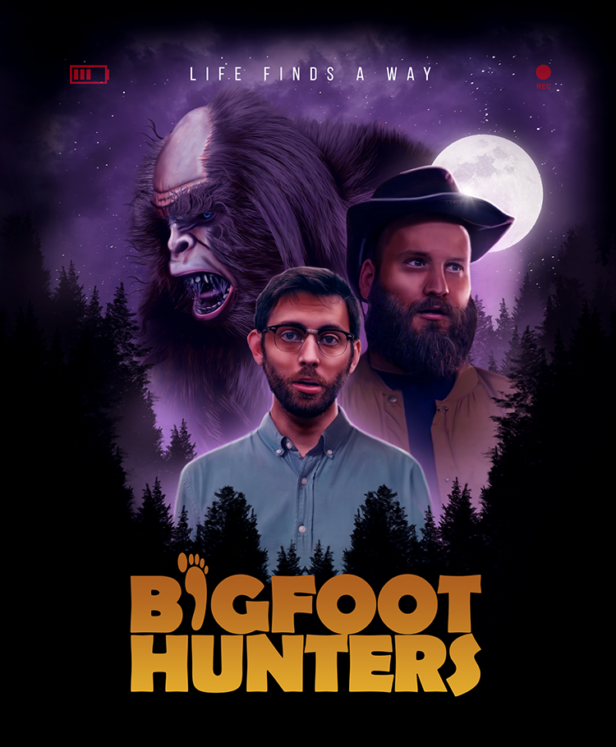 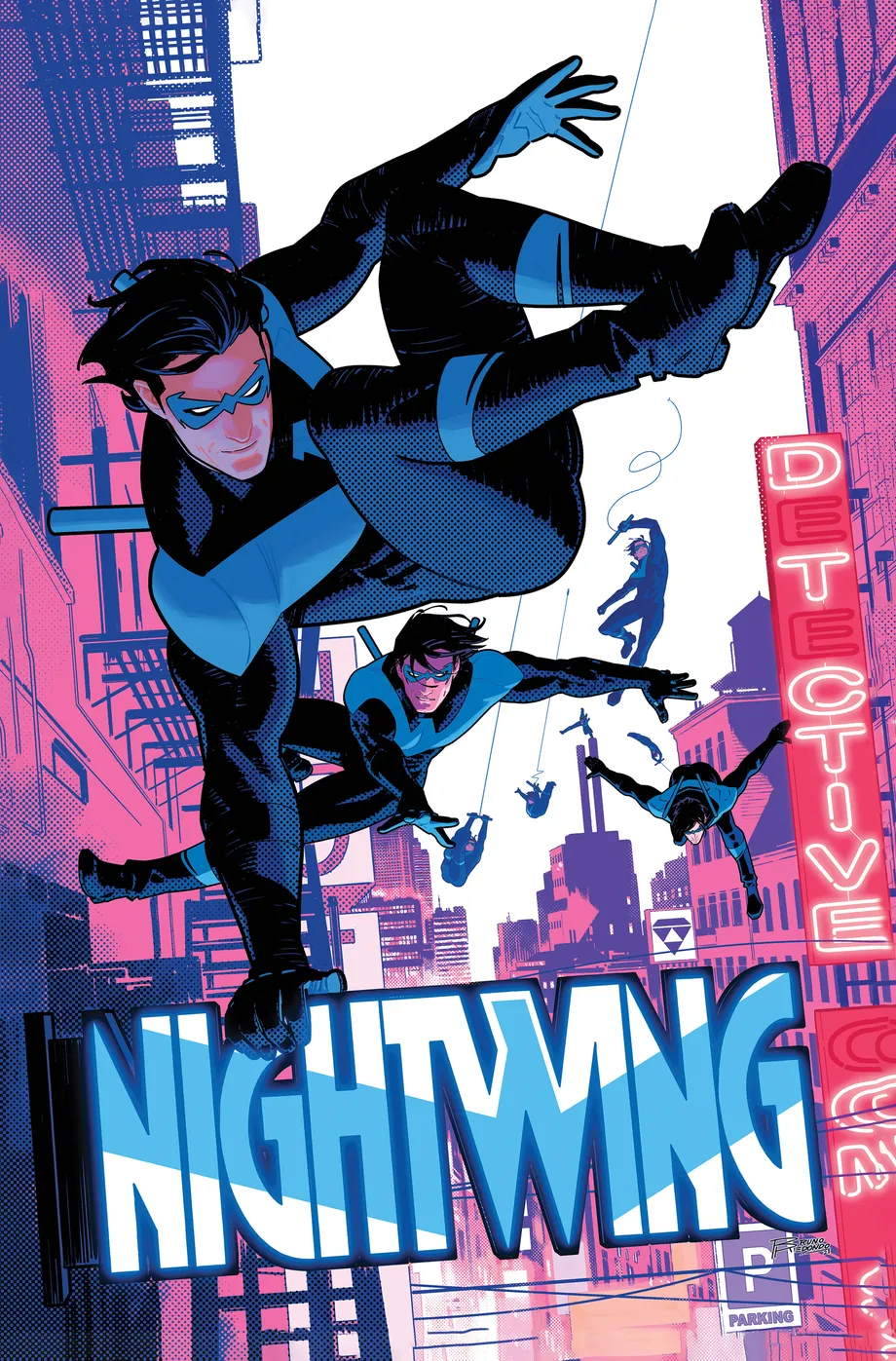 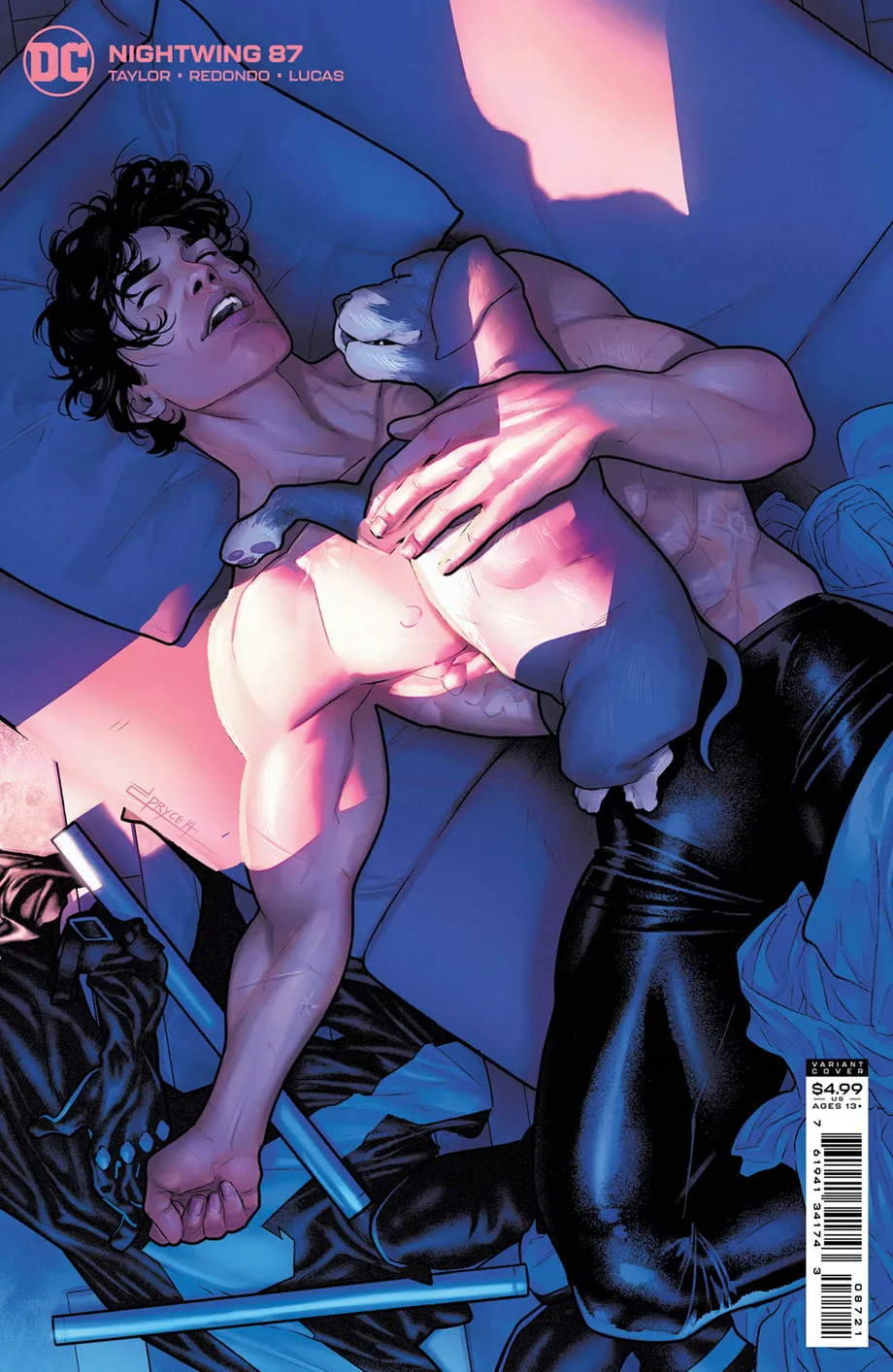 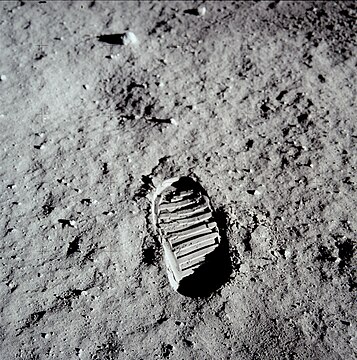 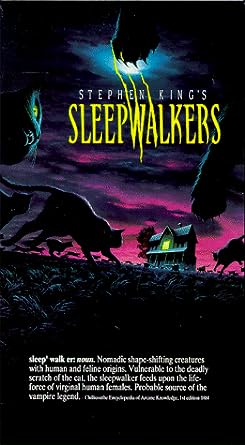 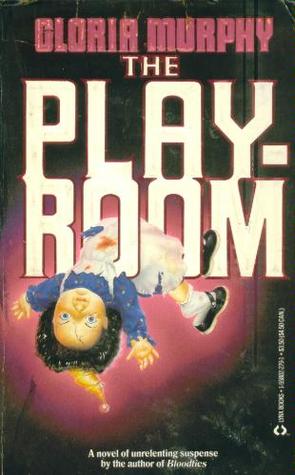 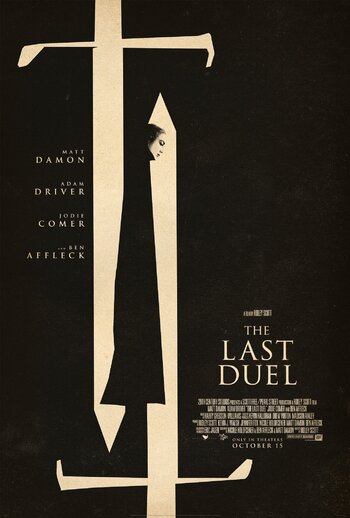 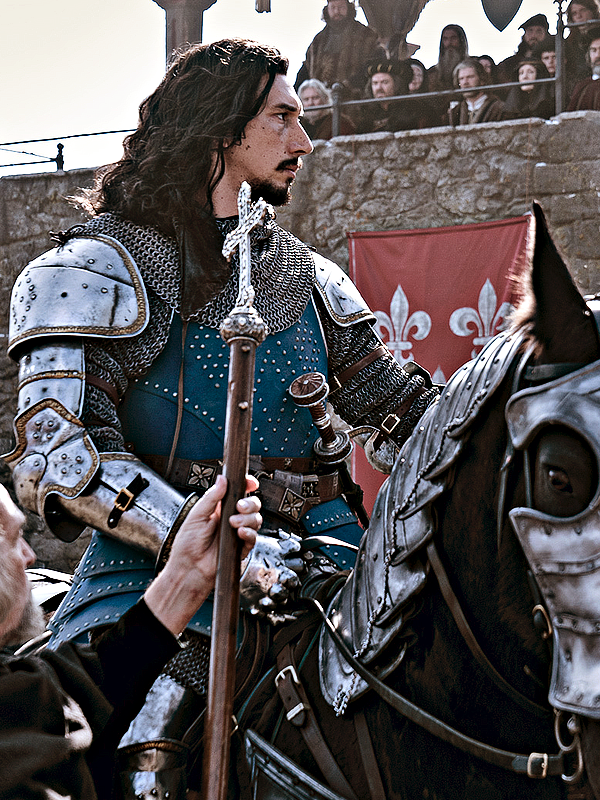 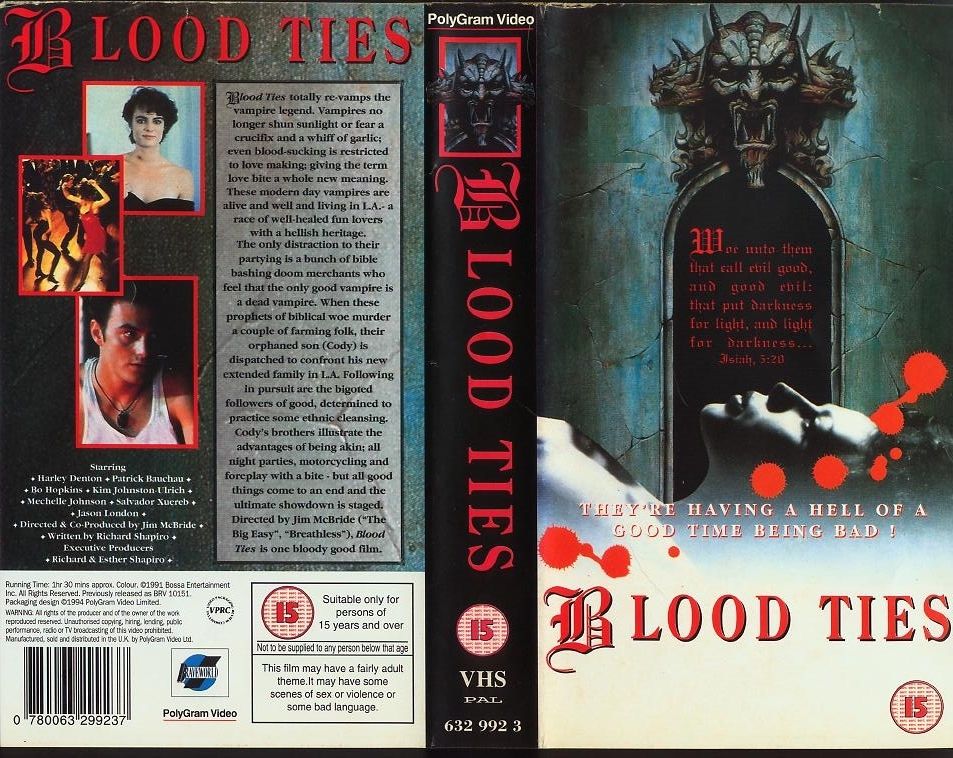 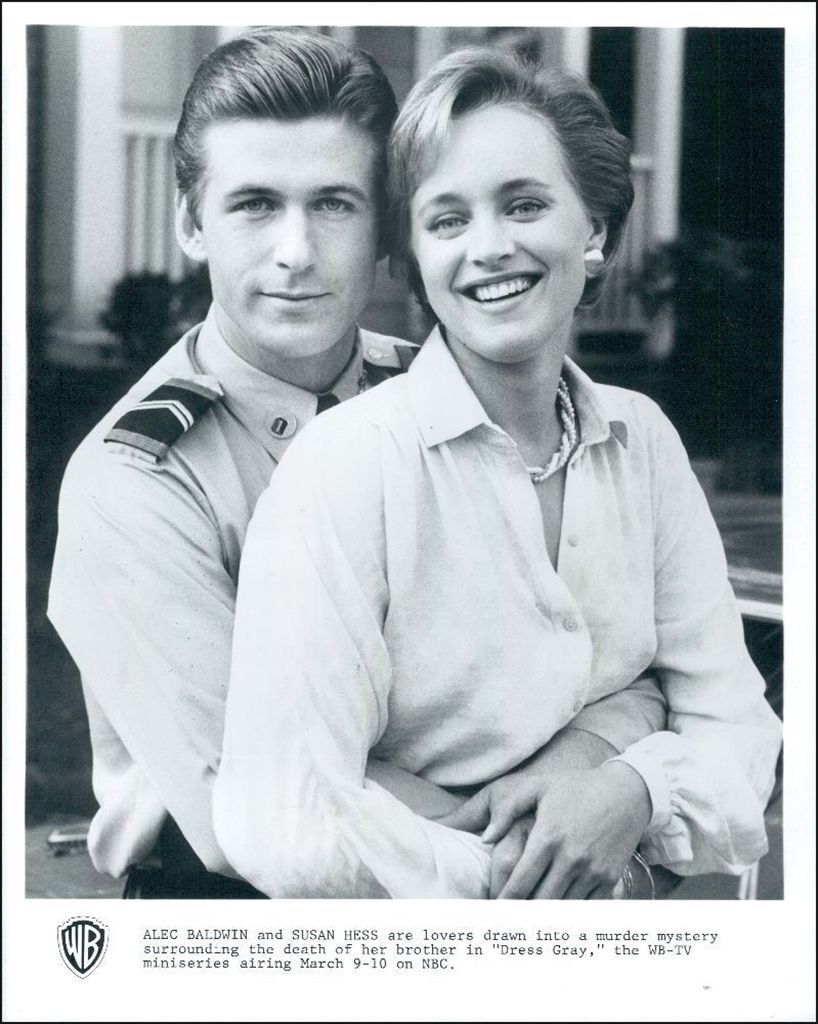 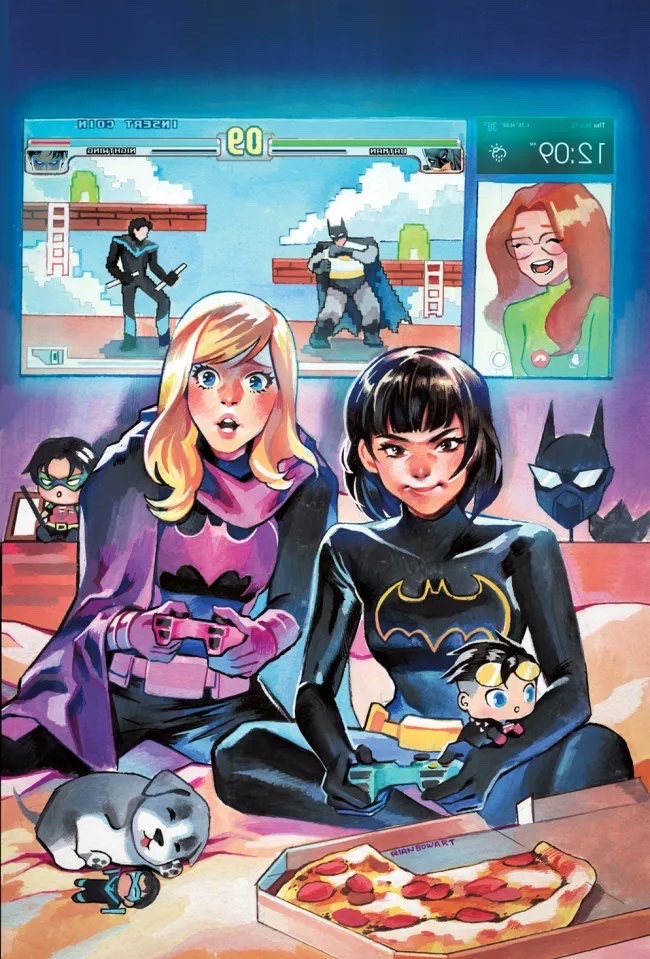 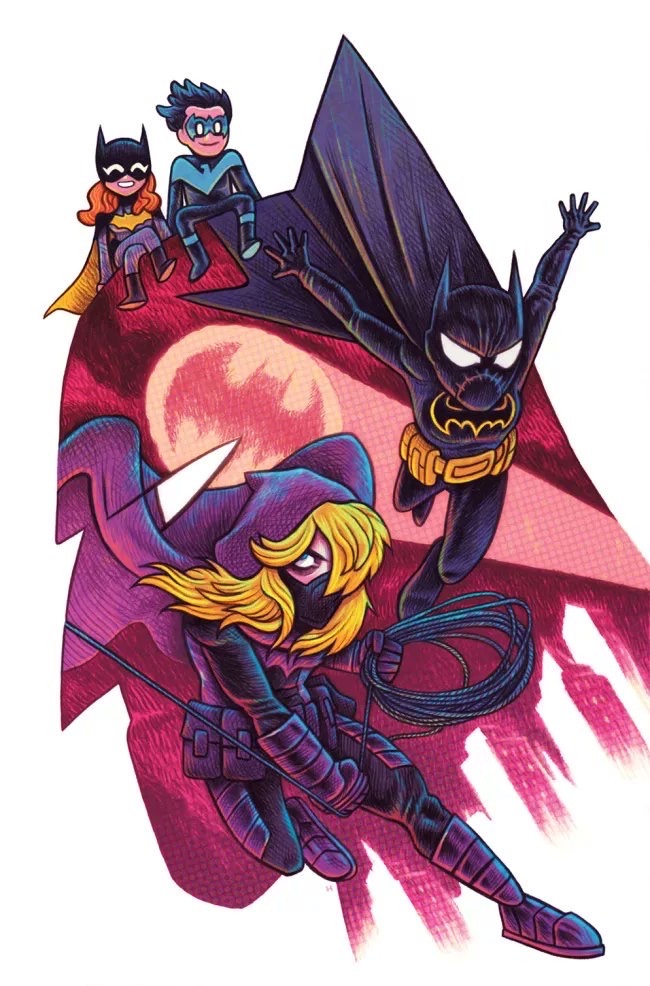 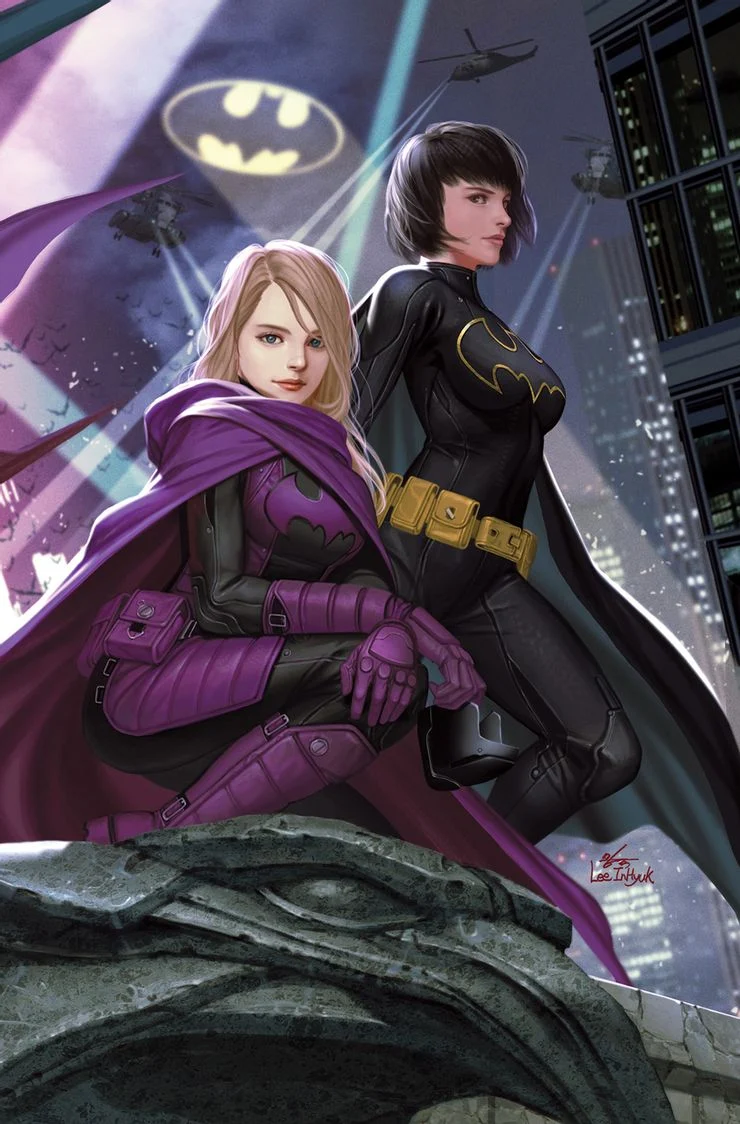 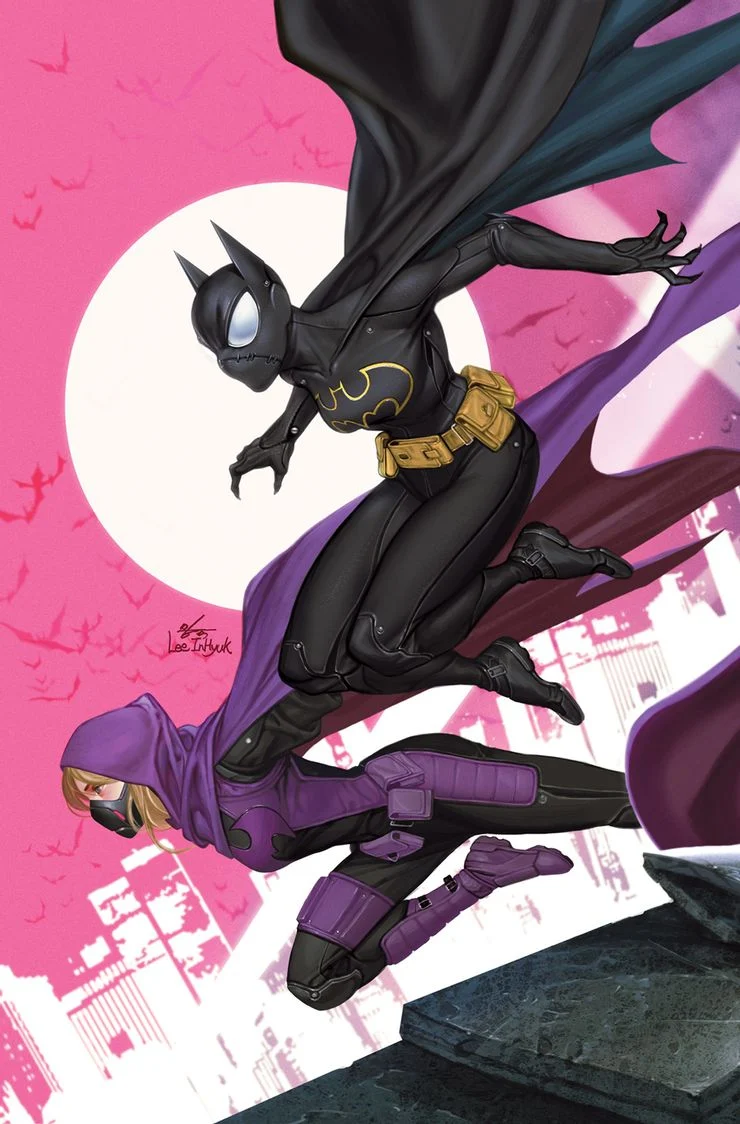 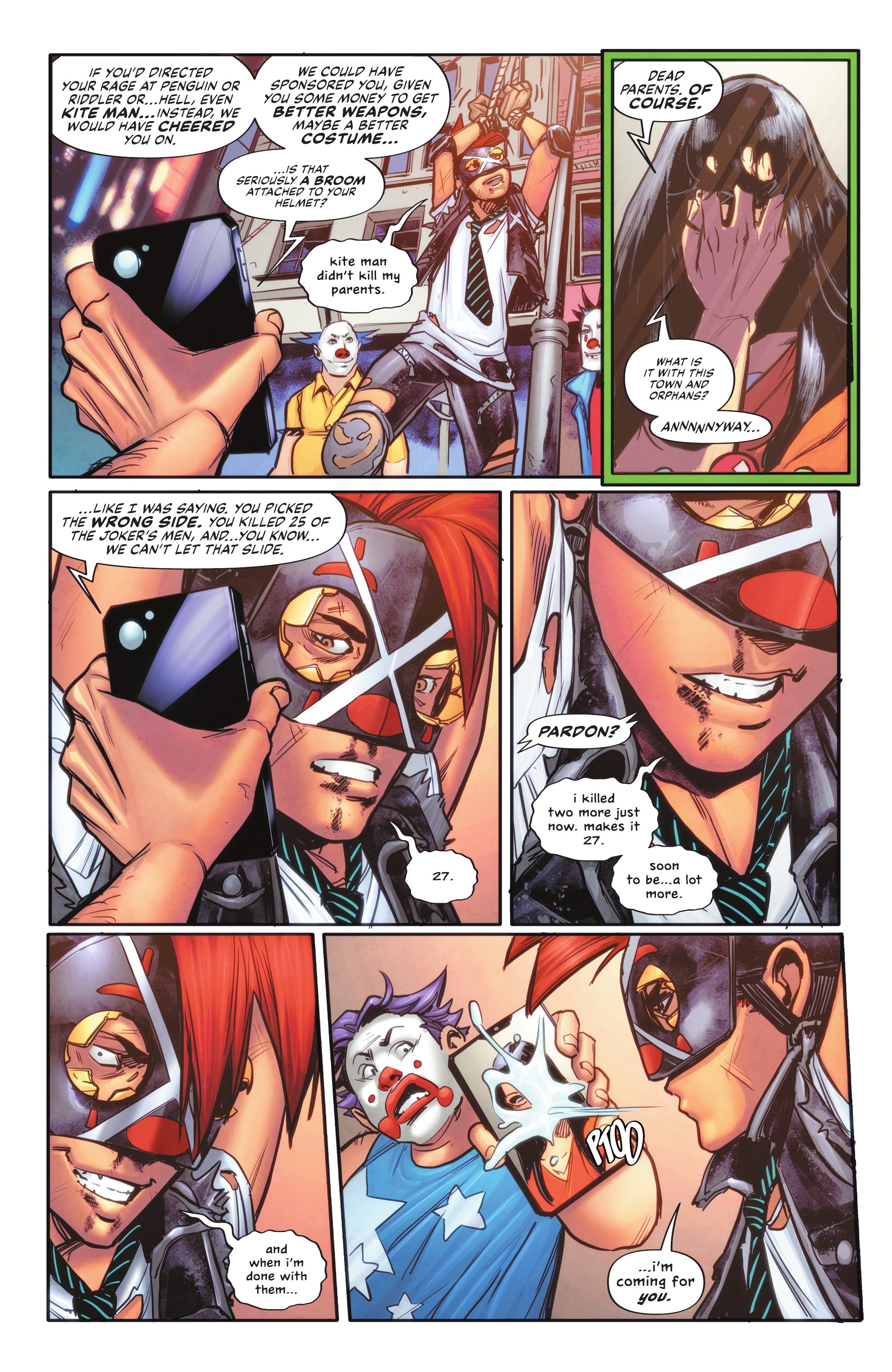 This was done in black and white and was so arty and boring. It is a documentary about a pig and her piglets, cows and a 1 legged chicken. In the end of course the piglets are taken away and the mother looks for them. This was arty vegan propaganda produced by Joaquin Phoenix. It was also really boring.

Tim Curry stars about 3 entitled twits on a boat. The book that was this was made from was condemned as an example of the over-education of the lower orders. There is aggressive ignorance. This was okay.

“General disinclination to work of any kind.”

“Had loved and been deceived”

“Heroine of a 3 volume novel.”

'He-Man And The Masters Of The Universe' promo

This show is not what it was.

Veronica is not as smart as she thinks she is.

A 4th season? A rich family play a game.

“You are no brother of mine.”

'I Know What You Did Last Summer' trailer

“Go straight up 'Deliverance' on your ass.”

'Liverpool Narcos' was not good.

My ex deliberately made choices. My ex is not ashamed. My ex broke my trust. My ex did a regrettable thing.

“He's taken the door with him.”

“All of the apologies he's had to make.”

“In craft their millions built.”

“Left behind and living in fear.”

“Know you're being talked about.”

“Expectations that others put on you.”

“Did see some unusual activity and was under orders to ignore it:”

“Dismissing their knowledge of it.”

“Threw Ludicrous off a bridge in 'Jumanji 5'.”

“Many naughty girls cavort in scany clothes and are naughty with men.”

“Women of the streets!”

“Did not take kindly to being rejected.”

“Chucking patients out onto the streets.”

'Bloodbath At The House Of Death' Quotes:

“I suppose a fork's out of the question?”

“For all the centuries that we have dwelt in this place.”

“Sacred house must be purged.”

“Do I seem charmed to you?” 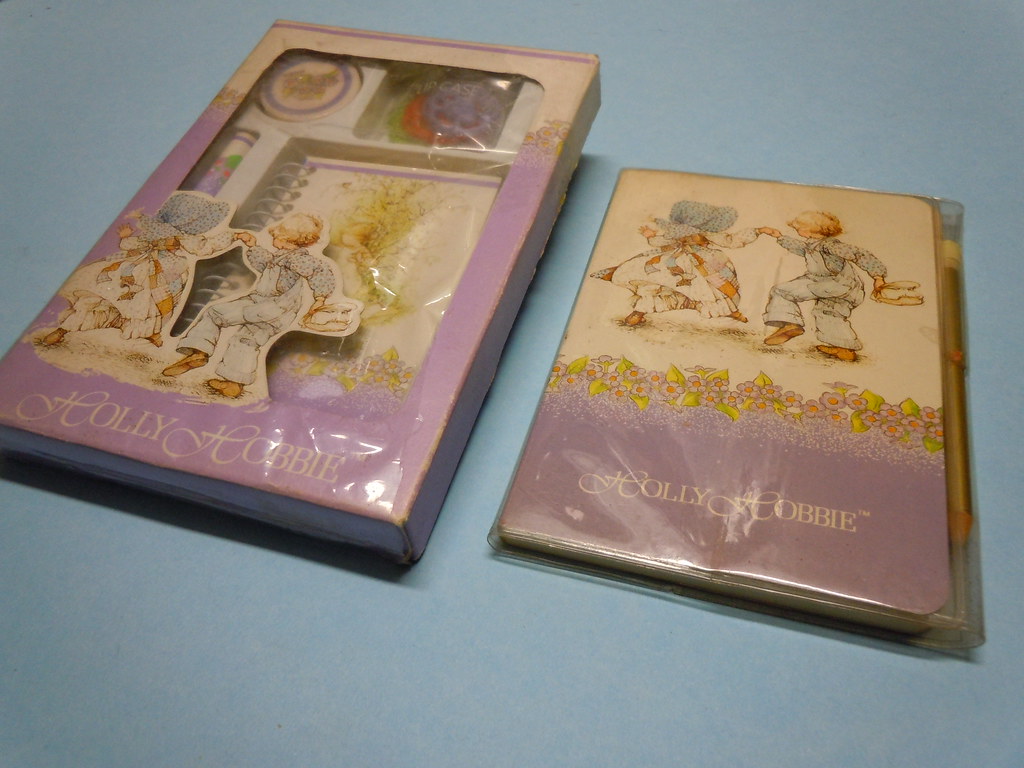 Lauren's alive, no one is looking for her. There are hints that Cape Mercy's history is a lie. Parents are unremarkably uninvolved. There is no allure. People in Cape Mercy have enabled and perpetrated a lie. This was a failure. Anna's up herself. This was of no avail.

The Russian explorer has recovered. This was beyond depressing. People are oddly apathetic and amoral. This fails to dazzle. There is talk of past exploits. People fume. This was a failure. There are grave experiences and no norms or values.

There is scrutiny and ridicule. People are abrasive. Anna is told to go to Moscow. This was hopelessly inadequate. There are earnest statements and where's Lauren's dad? This was pathetic. There is havoc. People are desperate and irresponsible. There is no audacity. Why do people dance around a maypole?

There is a toxic culture in Cape Mercy. There are persistent and profound problems. The lighthouse sends out an SOS.

“A wreck that shouldn't have been there.”

“Pretending to be the princess of Cape Mercy.”

How did the gang get to the lighthouse? There is obvious day for night shooting. This was incapable. Lauren is found. There is self aggrandisement, self destruction and self pity and arrogant disrespect and cold blooded calculation. This was crude and not earnest. Things get fractious. This was not fateful. There are noxious destabilising threats.

What's Lauren has been eating and drinking? How has she toileted? She must smell rank! This was disappointing. Anna and her kin have always exuded an air of elitism. This was a parable on hubris. There is a key. Everyone ignored the lighthouse SOS? Where is Lauren's dad? There is not satisfying explanation. A tomb is explored. This was not memorable.

Anastasia's tomb has been found. There is no weight of expectation. This was not gorgeously wrought or moving. There is extravagant trouble. This was wrong. Anastasia's diary is found.

There are negative findings and flashbacks to 1918. Why would Anastasia speak English? Cape Mercy was founded on blood and lies. The truth is uncovered. There was no hero of Cape Mercy. There are silly accents. People are badly affected. There is a legacy and cultural landscape of lies. There are the inevitable pirates. Anna isn't a Russian descendant. There arehistorically inaccurate clothes. Jewels are found. 'The Fog' is ripped off. There is vulnerability. Anna's in denial. There are incompatible beliefs. Anna is descended from a murderer.

Things are unsustainable. There has been an illogical farrago of lies. Anna is a liar with an exceptionalist self image. People have drastically different ethics. Anna burns the truth and starts a fire. She has duplicity, contradictions and sneering.

The explorer appears to have been poisoned. Anna is an intransigent tool. It is a bitter and fractious time. This was emptiness. Anna burns down the dive club. This was dispensable. Anna and her kin are mediocrities. One views this with incomprehension. This was atrocious.

This has no clear purpose. This was empty. Nobody is cautious. Lauren does not go to her father. One despairs. This was gloomy. There is dysfunction and strife and this was imperfect. Lauren's father suffered a devastating loss – she does not care.

People don't see the fire. This was woeful. Anna lets her friends be stranded at sea during a storm. An evil boat sails. The local thug is part of it all. Anna's family have toxic rotten motives. There is no integrity or honesty. Things are left unresolved. Anna's evil gran prances. This was regrettable. Cape Mercy's glorious history is a lie. Anna is seething. Her friends have distress. Nobody is on the moral warpath.

The gran gets her pirate on. One feels derison for this. The thug is a murderer and Anna's evil now. There is a cliffhanger and the plot has been mishandled. Anna does no soul searching as things get contentious. This was faltering havoc.

“Attracts all kinds of trouble.”

“After me and the cargo I carry.”

“Have an ominious feeling.”

“Most feared vessel in history.”

Leland and his woman bother others. Leland dumps his beast woman. Is a man possessed by angel? David sees something. Dylan Baker guest stars. There is a diabolical influence. Beast woman slaps Leland. She's no innocent. This was deranged trash. Half the world could or will die. There is talk of a plague. There are idiots. Leland is a pathetic man full of hatred and contempt. People are morons and full of misery. Leland screws with the gang. Did the man's wife turn into a pillar of salt? This was small and meaningless.

“Deal with weird all the time.”

“Where did you get that blood you used on my wall? It tasted like yours. I missed that.”

“In defence of the righteous.”

“You're hogging the floor!”

“General of the Lord's Army.” 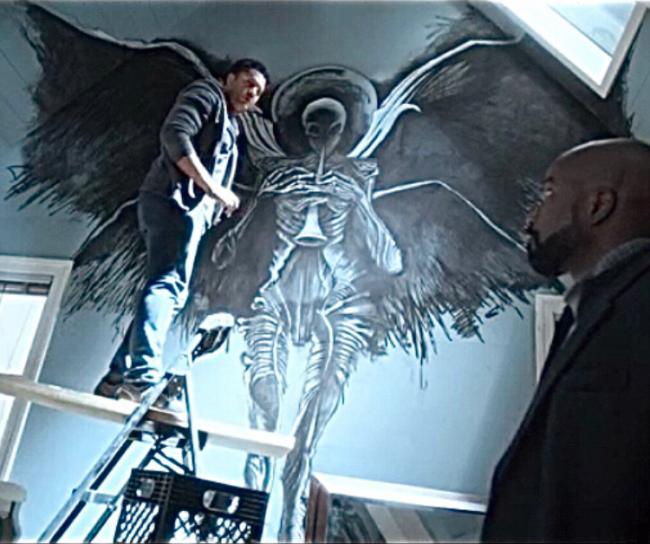 Wolsey runs things. Catherine ignores her daughter Mary. A masque that looks like an expy of 'Cats' takes place. Bessie is shameless. Something is approaching that will not be averted. Maggie Pole is bothered by Thomas More. This was not truly original or compelling. There are constant shifts in Henry's mood.

Anne and Mary Boleyn flutter around Catherine. Anne Boleyn finally speaks. Bessie is pregnant. Henry and his mistress flaunt themselves. Henry is cold hearted in his betrayal. Margaret heads back to Scotland. Wolsey is made a Cardinal. Bessie's bastard child is news. This was infuriating. Henry has condescension and posturing and is unpleasant. Catherine feels a terrible sense of loss, loneliness and betrayal.

This was in every way unremarkable, disappointing and pitiful. This was not darkly compelling. Wolsey is unscrupulous. Mary and Charles Brandon marry. This was dreadful. I do not care about More or Maggie. Both would end up dead due to their own stupidity. Henry Fitzroy is born.

“Reclaim everything that is mine.”

“How can you bear this?”

“It will advance us in court.”

“A lady does not carry.”

“You were a plaything.”

“His constant and his queen.”

“You will be cast out of the palace.”

“Will not be a prince and never can be.”

“Worst hell of my marriage.”

“His wife and queen and nothing can change that.”

“I will not be denied what lesser men find easy!”

“I will treat you as I please.”

This proved no more popular than any other season 5 ep. Betty pretends to be a hooker as she huts the killer. Jughead lurks. Has Archie spoken to him at all this season? Archie whines. This was appalling, disingenous and unnecessary. This was incomprehensible. Jughead thinks about stealing a book. Why is Jughead saying sorry to Betty? There are no critical moments. Betty is obsessed by the TBK killer and The Trucker Killer. This was moronic. Hiram freaks out. This show has gone seriously wrong. Veronica's evil husband lurks.

“Really bad feeling about what happens next.”

Let Jordan die, who'd miss him? Clark and Lois baby Jordan and ignore Jonathan and his broken bones. The stranger and his Lois were married with a daughter named Nat. Piss off Sarah, you dumb bint. Sarah didn't even ask how Jonathan was with her weird ass Jordan obsession.

Jordan is a weird ass stalker. The evil Superman killed the stranger's Lois on live tv. The stranger reveals himself as John Henry Irons and waves his magic hammer. Morgan Edge is making super powered baddies. This bored. I miss the clex.

“Hero act of yours.”

“I broke my wrist, thanks for asking.”