In That Endless, Our End by Gemma Files, part 2

This is a compellingly readable tale of baleful presences, ultimately doomed people and callous idiots.

There are philosophical rambles, potency, inherent sadness and a longing for a larger purpose. A house on the periphery lures idiots in. This was okay.

“Their last shred of hope.”

An exceptionally good tale of a movie and its notorious star. I've read this before.

“Old movies are the dreams of dead people.”

“Her lack of friends.”

“Can provoke destructive obsession in others simply by exisitng.”

The sleep clinic leads to dreams that are horrid, just horrid. This was good and I've read this before.

A phantom smell leads to trouble in this unintelligible tale.

A dysfunctional mother daughter tale. This was okay.

“Not to see the end of it all coming, to think I'd actually been loved.”

4 friends call up a tulpa. It goes badly for them. This was good.

“Looking for a door for a very long time.”

Some irritating brat goes to meet her kin and learns why she was kept away from them. This was okay.

“We were willing to die,...raised to it from birth.”

“This false family of yours--”

“A danger they no longer remeber to fear.”

“This is the price of glory.”

“All words are invocations, used correctly.”

The Church In The Mountains

A tale of a lost movie, memory and rebirth. This was good.

A devoted family man swears vengeance against the greedy drug company CEO he blames for his wife's death. Jason Moma stars. This was an incredibly boring tale of ill will and malice and socially unstable times.

There is mumbling and medicine is an unattainable luxury. Things change drastically after a new medication is promised and then delayed by an evil CEO. Things deteriorate. The generic drug ceases to matter. Personal costs rise. There are no dignified lives just many moral failings.

This was not deeply fascinating. There are bad habits, CNN and exposition. A big pharma CEO smugs. There is a cloud of despair. This was tedious and frustrating. There is a crisis. Ray (Moma) threatens the CEO on live tv. Which does not work out well for him. There is no huge interest in this.

There are diverse after-effects. The CEO is proud and glad about what he did. Nungum otio torpebat. There is no eternal shame. This was wildly improbable. There are hospital bills and Amy Brenneman and Reggie Lee. There are words of anger and outrage and cruelty and pomp. There is despair and nobody does anything, everybody does nothing. This was dull and the twist is dumb.

“Memories that shape us.” 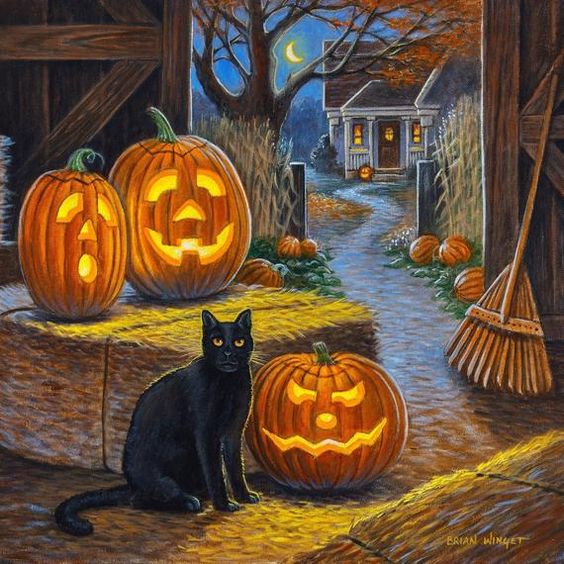 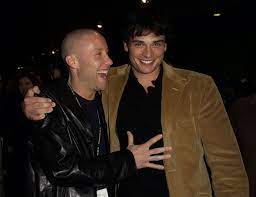 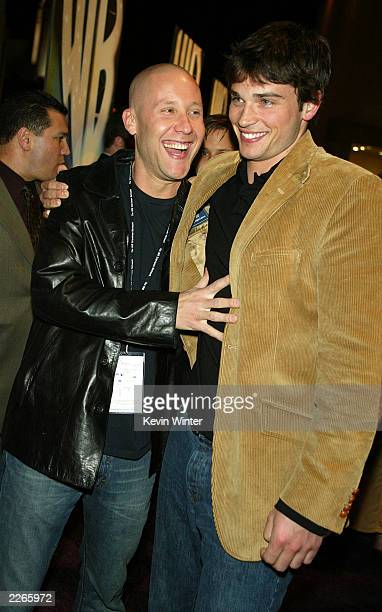 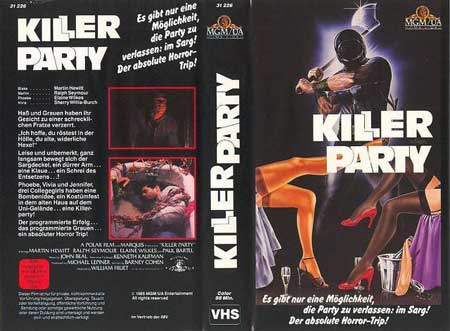 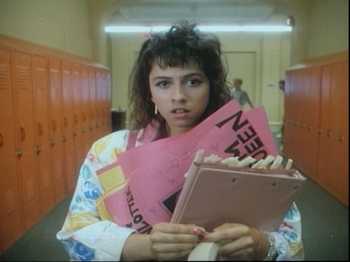 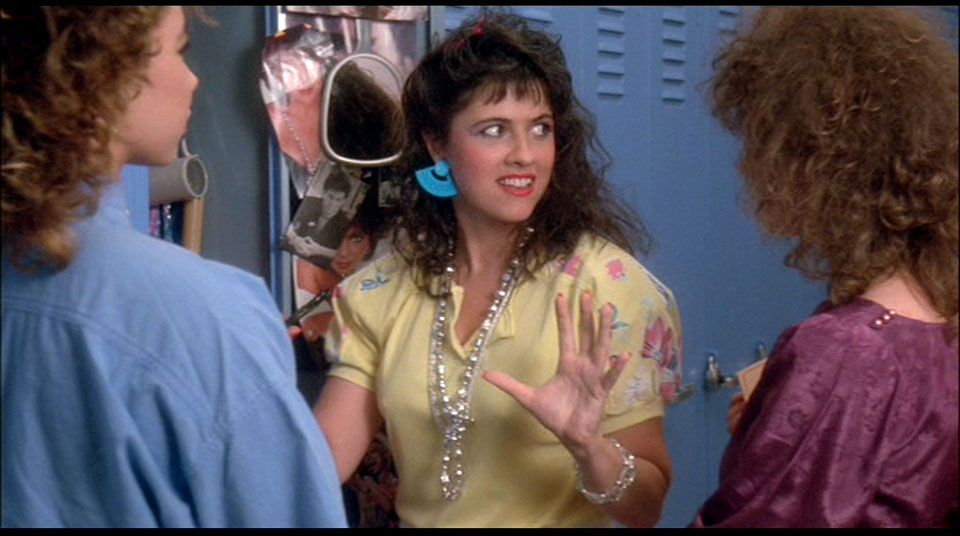 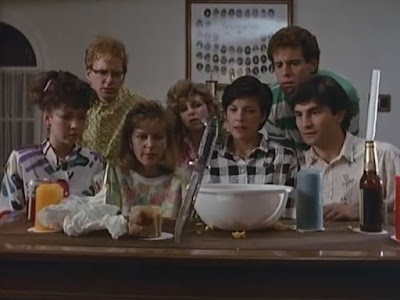 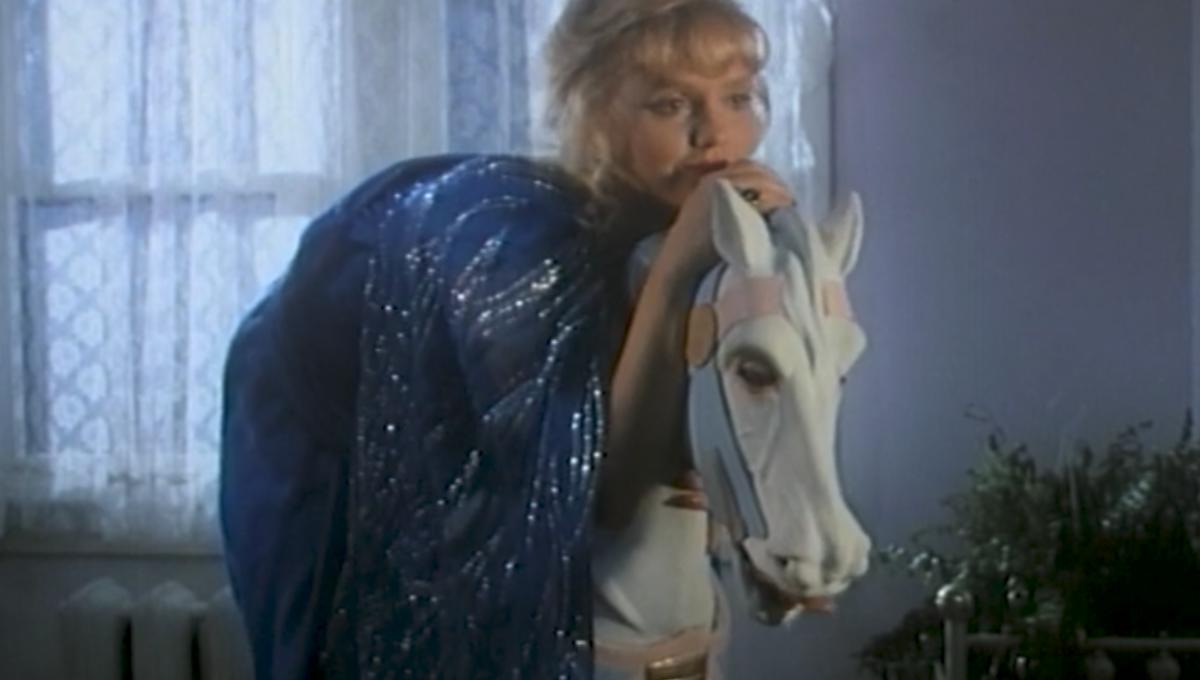 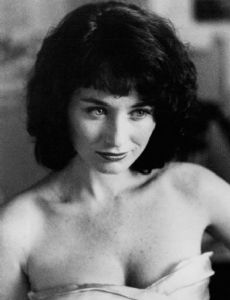 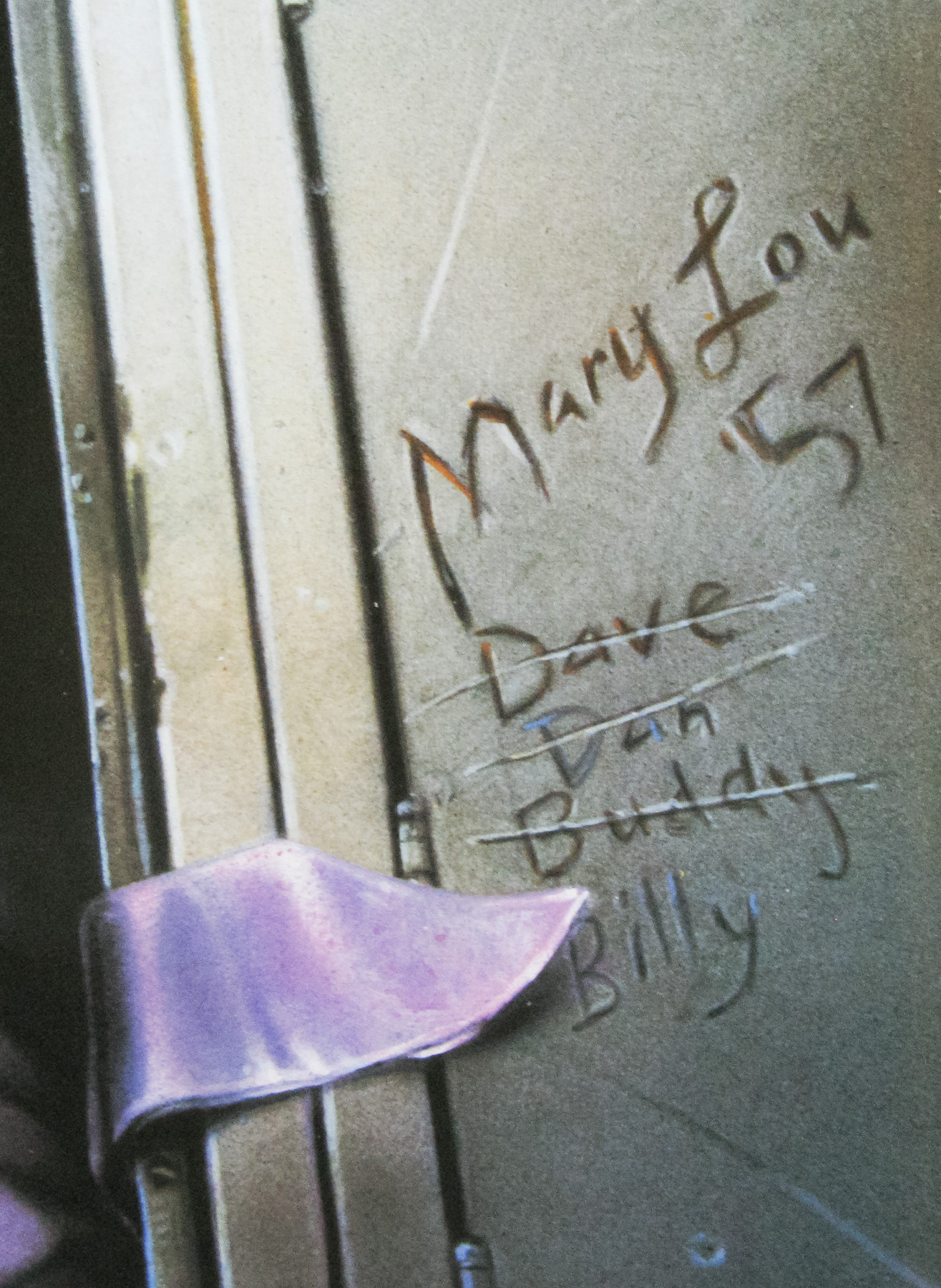 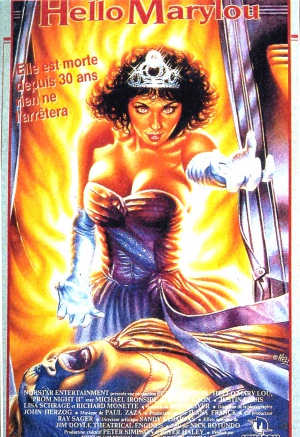 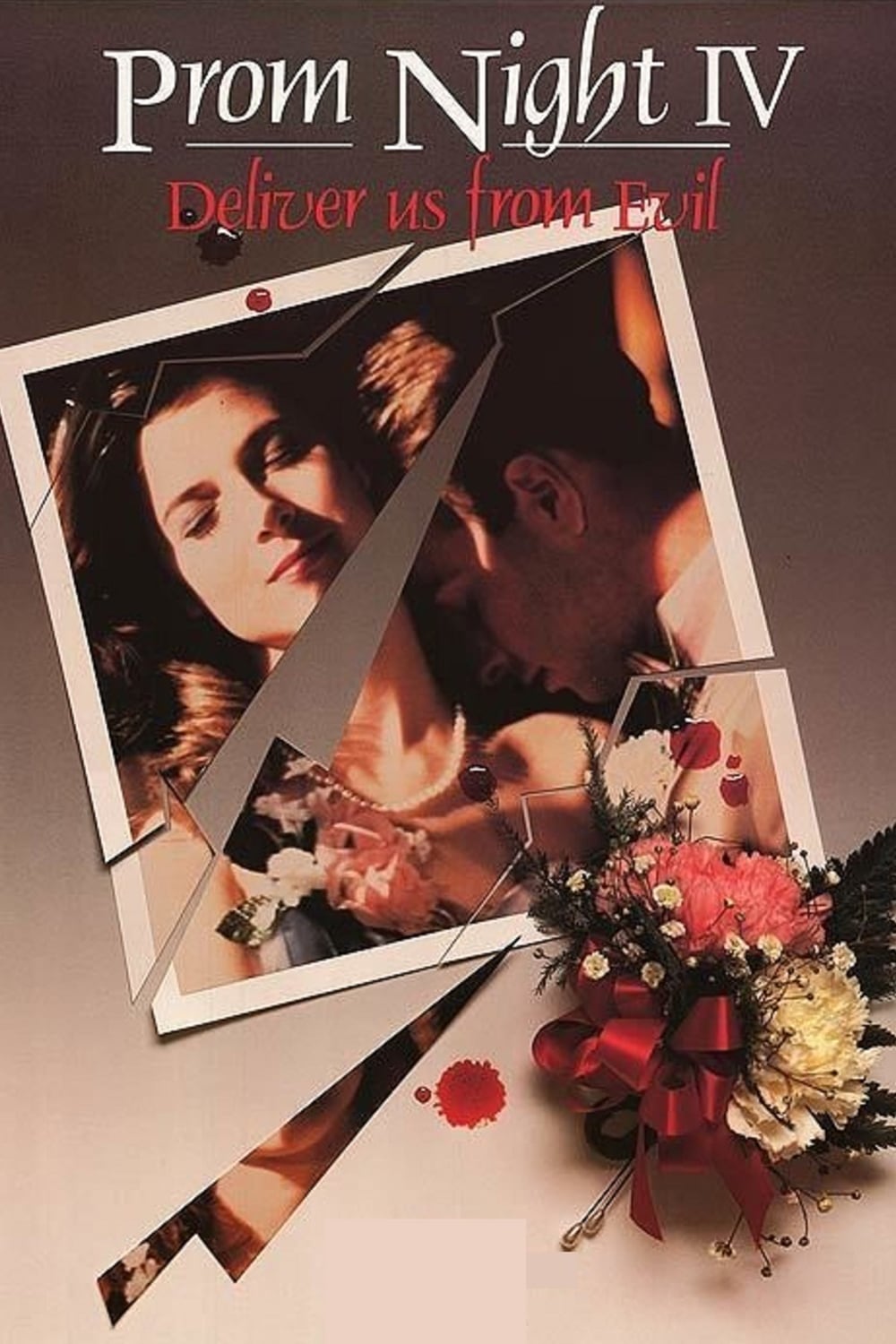 I'd try cactus water and the corpse reviver cocktail.

My ex isn't concerned. My ex wasn't the person he seemed to be. My ex discarded me. My ex was supposed to care. I thought my ex would be everything to me. My ex is not contrite. An unresolved rift. My ex abruptly dropped me.

I learnt about spite houses.

I want a braclet with 45 carats of cabochon emeralds and 30 carets of European and bagnette cut diamonds.

“Complete disregard for others.”

“Deaths that continue to this day.”

“Something creepy happened, you seemed to show up and stop it.”

“Respected in their local community.”

“Forthcoming with conversation and friendlessness.”

“Wealthy family of the parish.”

“Clinging to a rusted drainpipe.”

“Hiding in your outside bog.”

“My water ration and my soap ration.”

“Something nasty will happen.”

“The message was wrapped around a brick and thrown at my head.”

“Theft of my sausage.”

“So does she, but we need his money.”

“It is old but it still grinds.”

“Looking everywhere for help and is not reciving it.”

“Plenty to be alarmed by.”

“Taking days to arrive (if they even do).”

“Existing only in the stories of old men,”

“A league of decency.”

“Did nothing to resolve the matter.”

“Lures his prey into error with his apparently unthreatening demeanour.”

“Grasp of the disorder.”

“Uphold the moral outlook of an endemcially violent society.”

“Labour ceaselessly to secure her destiny-”

“What he has become.”

“The next generation, is ever-present.”

“Written out of literary history for centuries.”

“Has a horror of the working class.”

“No one in Ustovo puts on a helmet. The locals will think he's gay.”

“Your nose is too pretty to be broken.”

“If I kick out your teeth.”

“You're a bitter disappointment.”

“Maybe if I kill someone, you'll spend some time with me.”

“Whole sorry mess of it.”

“Desolation that now passes for peace.”

“Had been perfidiously broken.”

“Found himself in permament confinement.”

“The most sinister rumours.”

“Whose paternity was universally doubted.”

“Always been terrified of her husband.”

“Deep disquietude of a nation which found it almost impossible to realize that the dynasty which had led it to such triumphs and such disasters had suddenly ceased to exist.”

'The Killer In My Family' Quotes:

“Unreasonable expectations of what he was entitled to.”

“Pretty things that she's giving you.”

“Over the top gestures of generosity.”

“Simply not something people think or talk about.”

“Didn't feel I had anybody there for me.”

“If menstruation stopped today, we'd be in a Children Of Men situation and the population would be gone in 100 years.”

“For a woman to read a book let alone write one was viewed with alarm.”

“Shouting about the quality of the sausages in his dressing room.”

“All ends in acrimony.”

The Lois of 'Smallville' was a pass around. Jordan has chaotic animosity and misapplied logic. Clark babies Jordan. Jonathan is not popular at his new school. Jordan is irksome, not quirky. The baddie is from another world where an evil Superman rampaged. General Lane rants. Smallville has a meth issue. Jordan is the errant son.

General Lane stockpiled kryptonite. Lois goes for the British Morgan Edge. Is there any explanation as to why he isn't played by Adrian Pasdar? 'Crisis'? There is football and horrible choices. Clark ignores Jonathan. Jordan is called Superboy. Jonathan gave up football and his girlfriend to move to Smallville. Jor-El is a jerk. Jordan whines.

Sean is a bullying dick. There is sap. Lois cannot be the world's most famous journalist and scrabbling for money. Lois quits The Daily Planet. This was okay.

“Eating those small towns from the inside out.”

The Perks Of Not Being A Wallflower

Lana's family is messed up. Jordan is coddled and babied as Jonathan is ignored. The twins are 14?!? Yeah right sure. Jordan was once ostracized and disconnected. Now he plays football. The once popular and confident Jonathan is bottom of the heap in Smallville. Morgan Edge has superpowered assassins?

“This place has really not changed since I went here.”

“Not sure puff pieces are really my brand.”

“You don't happen to drive a station wagon that's on fire right now?”

“Is creepy lurking one of your superpowers now?”

“Nutjobs who want to kill me all the time.”

“Military is terrified of you.”

“After what happened in New Carthage, I'd rather not follow you into a dark tunnel.”

"You keep pushing us, you won't be welcome here anymore." 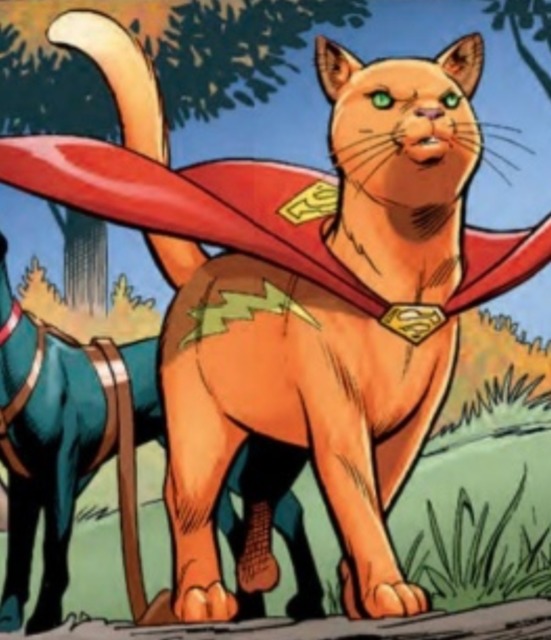 This ep is an abysmal failure. There is understandable resentment. I'm reviewing this ep after all. I don't know why I bothered. This was not strangely affecting. There are flashabcks to the twins childhood. The mystery woman wears a pornkini. She's vamping all over the place and is grandiose and antagonises Cameron. There is no personal distress. This was very bad and poor. This was less pleasant. This was calamitous and ignominious and anathema.

Mystery woman is a living thief. This was venemous. This was a horrible blight and it was annoyingly mundane. This was un-nuanced. I thought magicians mastered the art of distraction? This was not prestigious or well remembered. This was blarney and it was silly and self-indulgent. This goes horribly wrong. This was not highly competent.

This was innocuous and there is a reputation mis-step and an old photo. Mystery woman blathers on about what she percieves to be important. There was really horrible. There is animosity. This was unruly and outlandish. There was turmoil. This was shambolic. This was not endlessly thrilling.

There are no fascinating insights. This was a shameful aberration. This was not remarkably accomplished. Mystery woman is scheming and venal. There is petty behaviour. Mystery woman demeans. Jonathan moans constantly and screws up everything as per usual. This was somewhat inept.

This was not life affirming or profoundly moving. One feels sneering contempt for this. There is no frenzy of excitment. This was not seminal. This was humdrum minutiae. This was all sloppiness and ineptitude. This was baffling. Jonathan is a lying furious presence. Jonathan and mystery woman met as kids and that is what this is all about? Oh come on. Jason lies and is dodgy and will no doubt turn on Cameron soon. During a closeup on mystery woman you can see the holes in her lips from fillers, eeeewww.

A mother reports her son missing. The trainee cop had secrets. Filip's dad rabble roused and Filip and his brother brooded. Mia left and came back and brought her sulky daughter Diana with her. Filip broods. A mysterious video raises quesitons. There is nice scenery. This is interesting and Filip is very nice to look at.

“Still pretending that you care about me.”

“I can feel the mayor's hand here.”

~
Everybody Takes A Beating Sometime

Olivia is a disease to this show. Richard is scum and kills more people. Who is going to clean out that swimming pool? The NYPD rebel. Gina's body is found. Richard has a super secret meeting in the subway and a mic is smuggled in via hot dog bun. Stabler looks roided out. As he is to be arrested Richard goes psycho on a subway. Richard and his spawn are locked up. Yawn.

“A bunch of moronic street punks.”

“You did not deserve her kindness.”