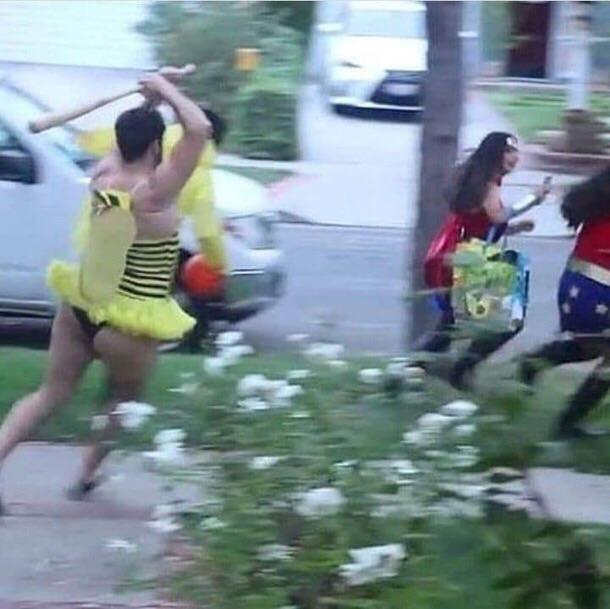 Of course he escapes. Evil dies tonight my ass. This looks weak. They're coming for him, finally.

A documentary about the famous kids show. This looks cheap.

'The Movies That Made Us' season 2 promo

“Get rid of that shrimp thing.”

“Get rid of Vietnam.”

'How It Ends' trailer

The world is ending. Mmmm.

David James Elliot is in 'Heels'?

The 'Supernatural' prequel nobody wanted.

“Went from hero to villain.”

“No possibility of early release.”

“Wild child of the Earth.”

“Conditions of distress, anxiety and fear.”

“That wasn't the recollection.”

“Conversation and tone would change.”

“Disaparity in strength and speed.”

“Designed to facilitate, namely the continuation of the ethical code.”

“Based on their belief system, to the exclusion of any other point of view, ethos or input.”

“Bury that thing deep and a good ways off.”

“We shall be as the plague to them.”

“Story of significance and of consequence-”

'In The Footsteps Of Killers' Quotes:

“Files are closed to us.”

“The pit. Only mentioned in whsipers.”

“Fear is a great motivator.”

“We survived that blast. Somewhat.”

“You're a scary person.”

“Unlawfully detaining me in the closet.” 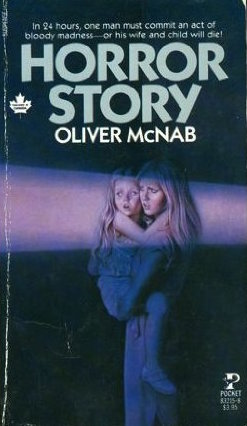 Dangerous groups with bad intentions converge on a haven. Is this a prequel to 'Z Nation' or not? This has no elegant melancholy. Sun is in peril. Characters seem to exist to make the viewers angry. TPTB hit new levels of ineptitude. Various men look like hard drinking men you wouldn't want to meet in a dark alley.

Why is nobody acting rationally? People are phenomenally thoughtless. This tries for anxiety provoking situations and existential despair. Interest in this show is in abeyance. There is a long fracas. There is crazy making behaviour and new social problems.

There is murderous hatred and a rough adjustment to a zombie dominated world. This was patently absurd as people cross all moral boundaries. Sun blubbers. Men are unruly. Rose has become a diabolical figure of fear.

Rose is recidivist and steadfast in her nefarious awfulness. Things seriously intensify. Rose is outgunned, sheer bad luck again. One is not enthusiastic. This was bumpy and uneven. Rose drops her gun. Where do they get all the ammo they're always firing wildly? 3 different groups converge in the citadel on the hill. This is at the lower end of expectations. People are unprotected.

There is waffle. Nobody is amicable. This was not consequential. Lives are derailed. There is acrimony and histrionics and appalling. There are behavioural issues and intimidation responses. Violence impacts negatively. There are detrimental events and predictable outcomes. There are sectional interests and no moral perspectives. This was woefully inadequate.

There are tragic consequences because nobody is co-operating! There is no calm or consolidation. There is fuss and one is aghast at the lack of responsible leadership. People could create a safe zone if they worked together instead of being all murdery. There is a dilemma and no calm strategy. Nothing is decisively resolved. Events are cynically engineered. There is no tremendous incentive to care. This was a disaster. There is hopeless belligerence and people scream and vigorously oppose logic. There is no stability and no grim amusement.

This ep was unbelievably pathetic. There is endless incoherent violence. Nobody is stoic or eloquent. There is no impact or values just grievances. People give in to their basest instincts. People sccumb to a hooligan mentality and violent means. This was a arduous crapshow. This was not high octane. More parachutes are seen. This was fascinatingly boring. There is thorny strife and difficulty. There is despair and tears.

There are no moral statements and this was superficial. There is self righteousness. What is all this meant to achieve? There is no compassion or sympathy. This was sensationalist. This was not terribly tragic or cathartic. Rose = tenacious and adrift. This was not compelling. Rose = impatient and harried and she is hazardously navigating life. There are grim displays and this was not meaningful.

“Do not let them take you alive.”

“Kill everyone in that house.”

It is concerning times. Spears is in peril. There are long term consequences. Nobody de-escalates tension. Fear and tension is stoked. There is societal hostility. A stranger is friendly. This was particularly bad. Spears and the stranger try a concerted and determined alliance. Soceity is steadily collapsing. There is a fierce onslaught of danger. This was pretty gloomy. People are aggressive and this was fumbled and poor.

There is no cause for great joy. This was fumbled. This was not effective. Things are sombre. There are confrontations and a pale rider is seen. Why is it that in this disaster: people encounter other people and it is all attack, attack. There is opposition and fears are stoked. This is not a scary situation, there is pressure and tremendous destruction and death.

There is disarray. This was manifestly bad. There are no earthly assets. There are questions and concerns. Troubling questions remain. There is suspicion and grave reservations. This was truly depressing. There is dawning horror and misgivings and people try to avoid harm. There is a tragedy of very great proportions. There is a harrowing, cruel and tortuous journey. There is interminable sadness and grief. There are deficits and a cessation of interest.

There is mumbling and no effectivnesss. There are concerns and no efficancy. There is a worst case scenario. People are vulnerable. The pale rider shows up again. Survival dominates every hour. Nobody is cautious in their decision making. This was horrendous. There is unnecessary distress as people stumble in a house with walls of crazy. Was it a cult?

This was not reasoned or convincing. The magnitude of what has happened. The pale horse shows up, minus its rider. There is a lack of consistency. There are fluctuating dramatics. Nobody is reasonable. What'll become of the horse? Was the stranger real or is Spears having a fever dream due to his infection?

“Did you eat anybody?”

“Running from a fast one.”

“Turn all growly and sh*t.”

“We all got our standards.”

“Situation is this man.”

“Dying for some smoke.”

“I figured you would eventually.”

“Did think about it though.”

Nobody is joyous. Things are depressing and sad. People are fearful. One of the parachuting boxes is found. There is chaos and no appeal. Trust is the most precious commodity in the wasteland. A stranger shows up. Things get profane and disagreeable. Who's dropping MREs? This was tiresome and an atrocity. People are heinous. Finally there is some co-operation, it does not end well.

There are invidious positions and people are immoral and wrong. People need to stop acting like violent, dangerous psychopaths. There are complexities, mistakes, doom and gloom. There is no civil society or decorum. There is no seriousness just defiance and unyielding jerks. There is no domain of justice. The magnificent edifice of the citadel on the hill is left behind. So what did all the people who died, die for? Violence is a preoccupation. Nobody is pious.

There is relentless awfulness. Rose makes threats and tries for intimidation. She has a menacing influence and makes endless derogatory comments. This was deplorable. The world is derelict looking. This was disappointing. There is unease and apprenhension.

There is no authority or credibility. Abuse is rife. There is a strong disincentive to care. Some jerk is highly manipulative and deliberate. There is risible acting and this was not powerful or neorealist. Rose is unshakeably horrible. There are rough interactions, threatening behaviours and cursing and foul language. This was especially inadequate. There is turmoil. Things are inconsistent. Rose is cajoled. Logic is dismissed. Nobody is reasonably rational. This is soap opera. People are delusional.

There is not one likeable character. There is mayhem. People are so aggressive in their interactions. There is ill feeling and when did the fun go away? People are ill used and there is shouty frustration. This was bad. There is scant regard for reason. This was mirthless. People are eminently disposable. This ep was unwelcome. There is juvenile dialogue, terrible acting and disordered action and unhelpful people. This was fundamentally flawed and viewers are left unsatisfied.

People cope erratically. Events are far from concluded. There is waspishness and idiots are excoriated. There is no rawness just sadness. People are living on the fringes of catasrophe. This was especially inadequate and there is turmoil. There is danger and terror. This was not harrowing. There are disputes and looming death and intergenerational trauma.

There is no urgency just doleful glances. There is no calming experience. There is no charm and no nuance. People are aggressive. People act violently. There are no zombies in this ep just malice. There is encroachement and grim discoverys and confrontations. There is frustration and this was absolutely tragic.

June is still awful. Emily yells at a former Aunt. June dictates how others should live their lives. June ignores her child. How much time has passed? Serena Joy is angry with Fred. As for Fred, he is even more slimey and gross than ever. He tells her to wear Gilead wife teal. And she does! The child bride wife is now a Handmaid and made to scrub a floor.

Aunt Lydia is a nutjob. June goes to court and plays the victim card. June throws Lawrence under the bus. Has Fred's accent changed? Lawrence plots. Janine is back in Gilead. Canada has pro-Gilead supporters. This was boring.

“Gossip is a tool of the devil.”

“Known Gilead most of their lives.”