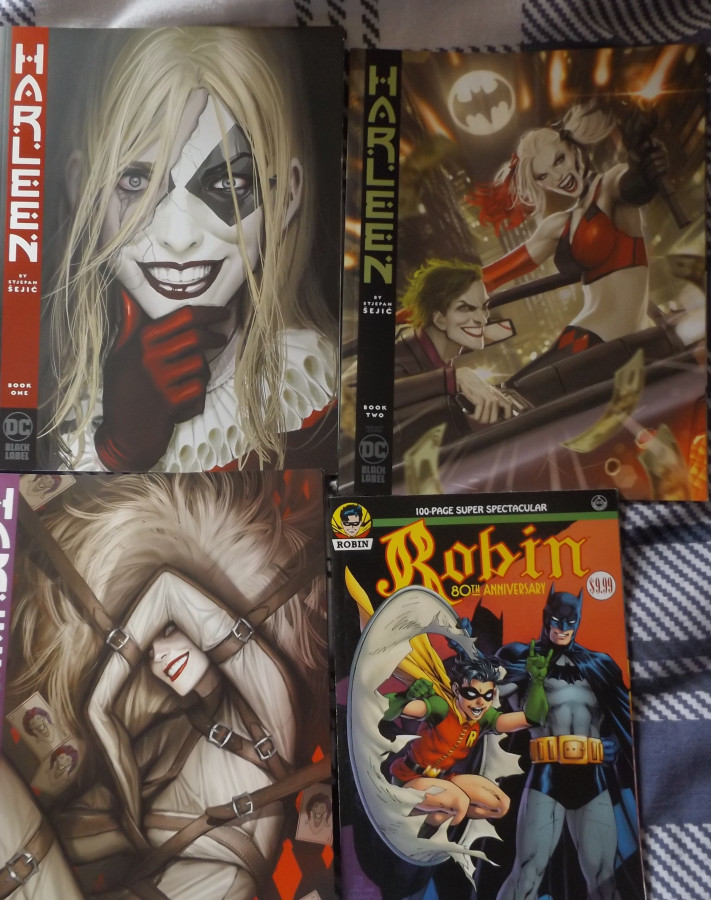 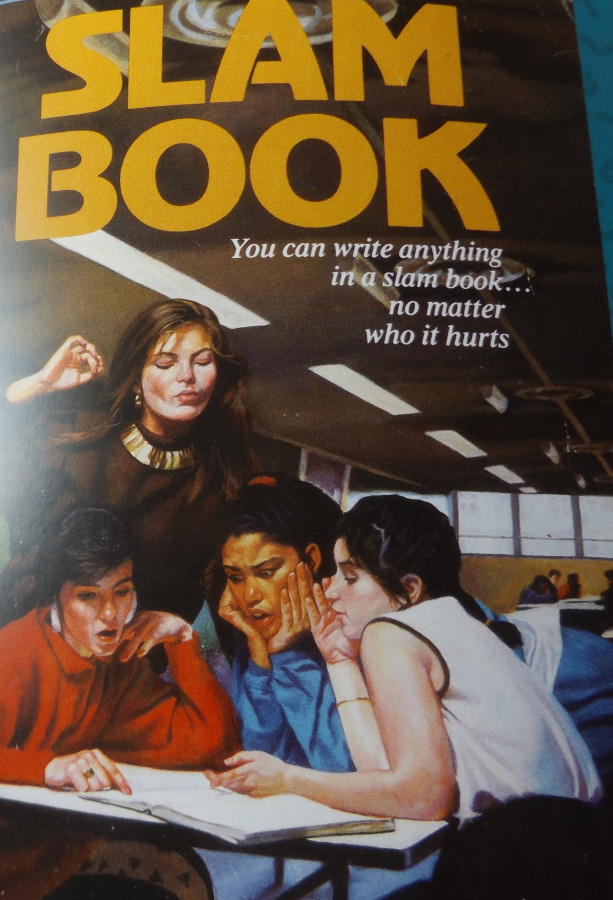 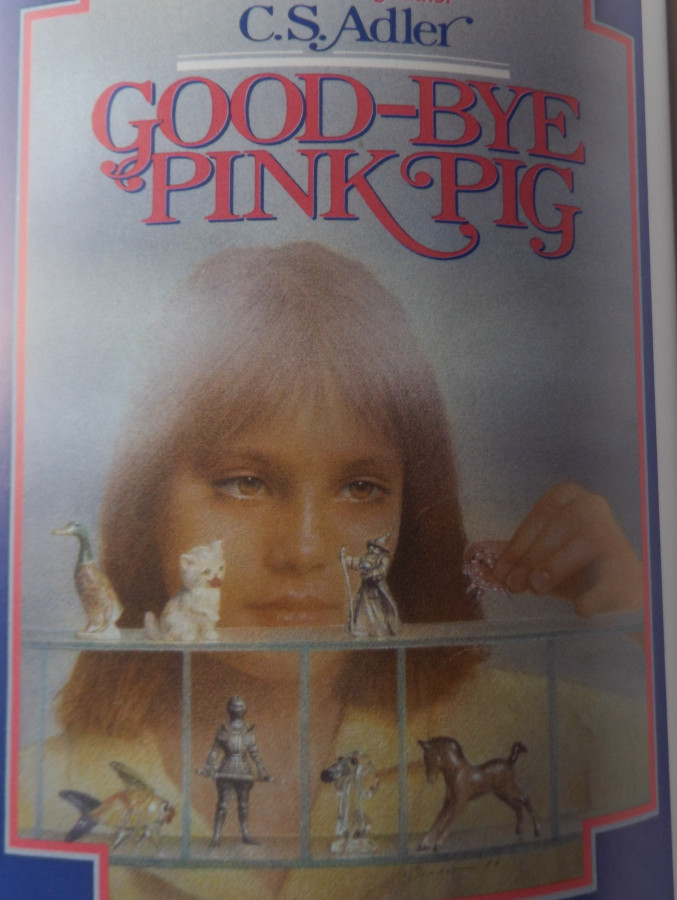 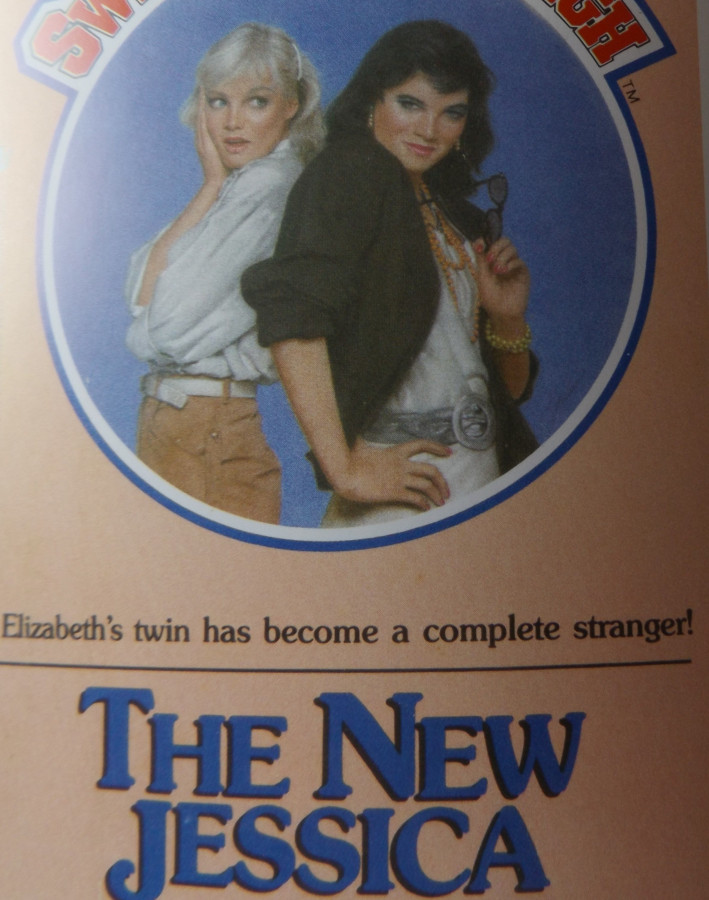 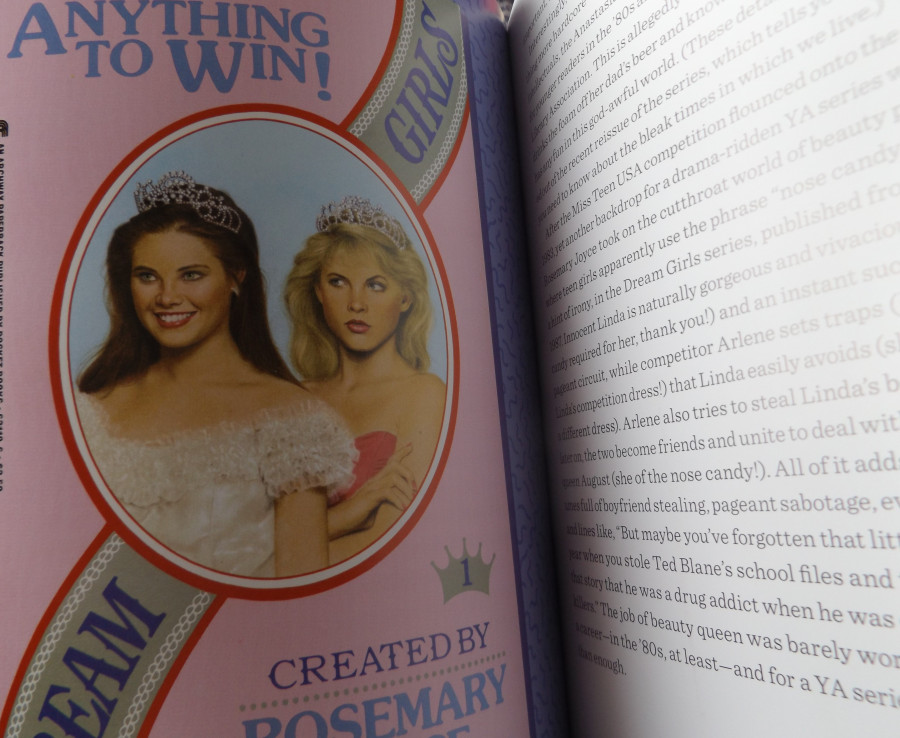 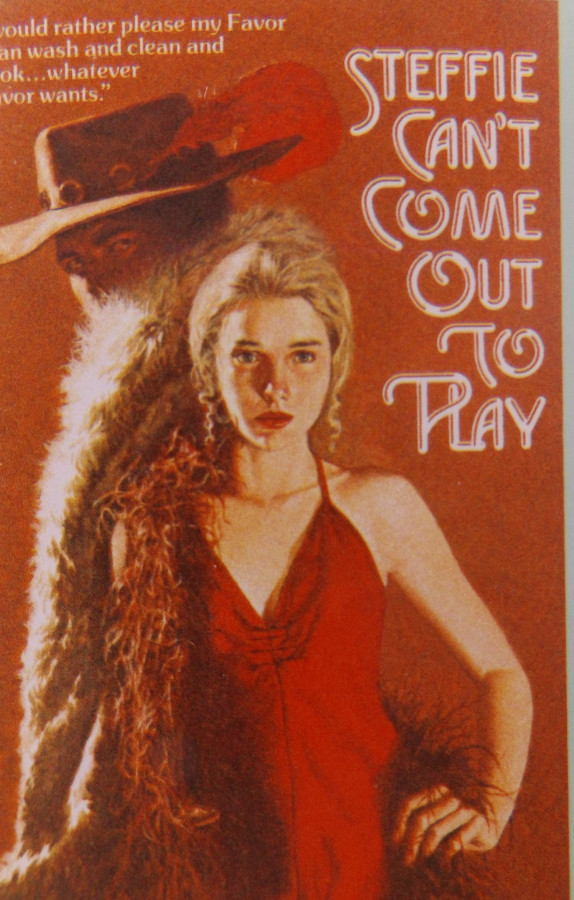 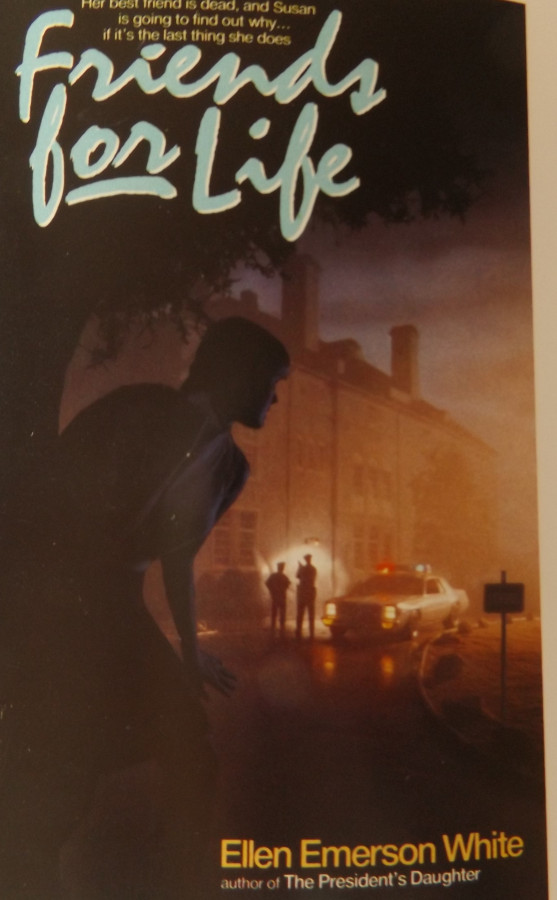 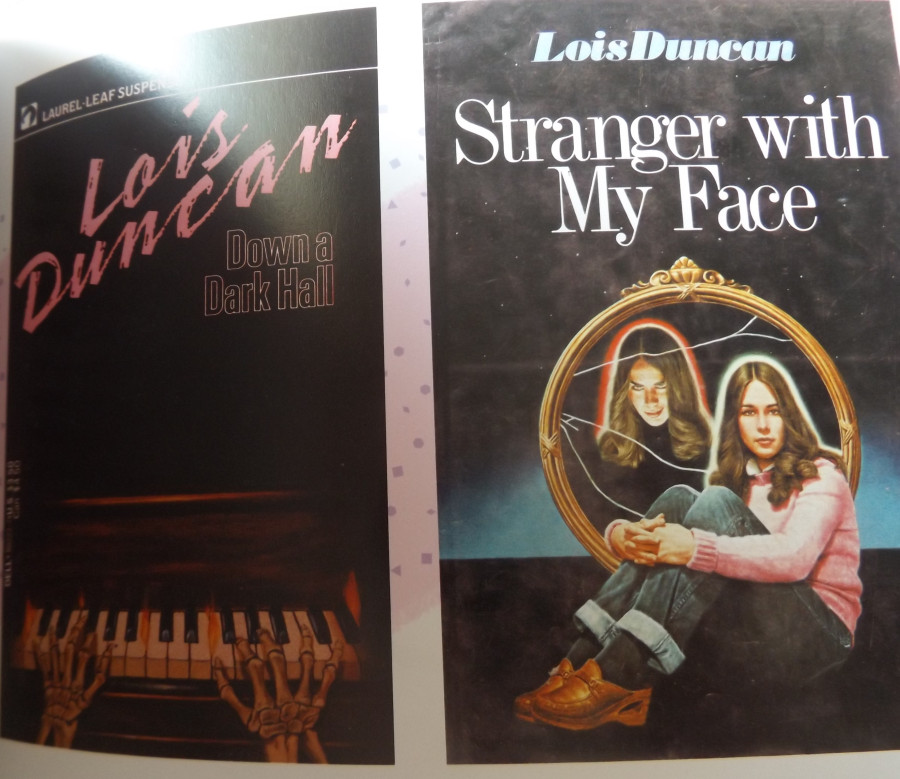 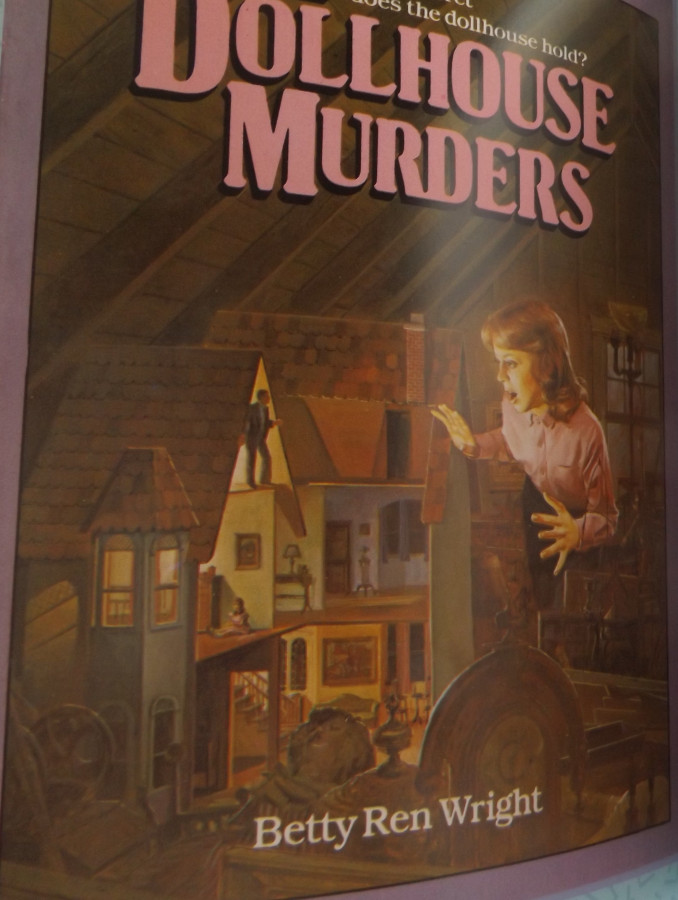 This documentary has flat caps, people talking down JC's estranged brother and vintage footage of JC playing footy and looking like a pensioner. Houses have horrible interior design and Roddy Doyle rants about Thatcher. Bertie Ahern is a talking head and there is footage of the troubles and 'Go Home Union Jack' sign.

Eamon Dunphy was the bete noir of the FAI. JC has dementia in this documentary. England won the world cup in 1966 and JC's fat son whines and JC's brother Bobby is seen in old footage. The footballers back in the day looked so old. We see JC's collected notes. Ugly jumpers were worn in the past. JC once wore a purple suit in the past. People had bad hair and Paul McGrath speaks. JC had a combover. Packie Bonner speaks. U2 are interviewed. WHY?

Alcohol was drunk by JC in huge amounts. There was discussion of McGrath's drink problem. We see old footage of JC naked. No comment. Italia 90 is covered. What became of the inflatable shamrocks? Dunphy does not like JC and vica versa. Italia 90 led to public celebrations and grown men crying. The pope met the Italia 90 team and JC is somehow credited with Mary Robinson getting elected. This tries for ambitious epic grandeur as JC holds a deep nostalgic yearnings.

JC was in a disabled anglers association. Bobby is not liked by JC's son. USA 94 is covered as well as the infamous Dublin 95 match which was full of mayhem and uproar. JC quit and his brother also got dementia. Bobby got a knighthood but not Jack. He spewed bile at the press. This was overdone solemnity. This was okay and Jack died in 2020.

“Quite a famous picture.”

“Don't want to go down see the ducks.”

“Bunch of mercenaries playing for money.”

“Me and him are going to be fighting.”

“Huge shadow to have around you.”

“Dogmatic and stick with it.”

“Given what was coming.”

“Take our place as a nation.”

“Memory defines who we are.”

“Not saying or doing the right thing.”

“Change wasn't something he was good at.”

This was a gloomfest full of conniving insufferable jerks. There was no painful ugly tension. Psycho scum teenagers get got. This film was full of truly, hopelessly miserable types. This was phenomenally bad. They've done never a prudent thing. There is no narrative tension. Nobody's sorrowful and this was not evocative or moving. There is no soulful desolation. There are nefarious dealings, peevishness and dourness. They orchestrated amorality and face forthcoming ruin.

There was bad acting and terrible misjudgments and this was bad and stupid. This was derisory and people take no responsibility. People are hapless victims. This was all bland nothings. There is no commitment or sincerity. These are fraught times and this was slightly ridiculous. There is desperate long term dysfunction. This was not competent. Prospects are in disarray. This was wildly ineffective and irrational. Dark truths are out there and this was a seamy episode. This causes havoc.

“He's never done anything to me. Why are we doing this?”

This Swedish subtitled movie has no sheer intensity, omplexities or nuances.

In 1609 – a group of women are accused of being witches. This was dubbed and full of tense emotions and bellicose speech and sneering references. This was all asinine banalities and men who think they are morally scrupulous and morally demanding. Women fearing men have a grim sense that dictates their response. Women are desperate. The men don't hide their pride at their actions. A deadly endgame unfolds.

This was totally unrealistic and full of silly headgear and nudity and idiot plotting and a bleak outlook. People are unwashed and dumb and there is a hostile atmosphere and constant uncertainity. There is quiet anguish and increasing unhappiness and a sense of alienation. This was not vastly moving. Men are deeply opposed to women.

There is a dire litany of inducements. There is a beglected town and a social movement and what happens in its wake. Women are endangered and face destruction and ruin. Under mens cultured facade are creatures of bitter prejudice. There are detestable and low sorts and utterly ignorant men. Women live sorrowfully and there is no regret in this maelstrom. People are unsullied by empathy and this was not a raging success.

There is no consideratness. There are fearful events and disquiet and lives are unravelling. This keeps its foot on the doom pedal. Men have unflinching dark hearts and are shrill and hysteircal. There is near insabity and this was rather dour. Men are exhuberant. Things are soon ailing and desperately sad. This as weird and upsetting and anger stews. The ending is odd.

“Haven't seen a man for leagues.” 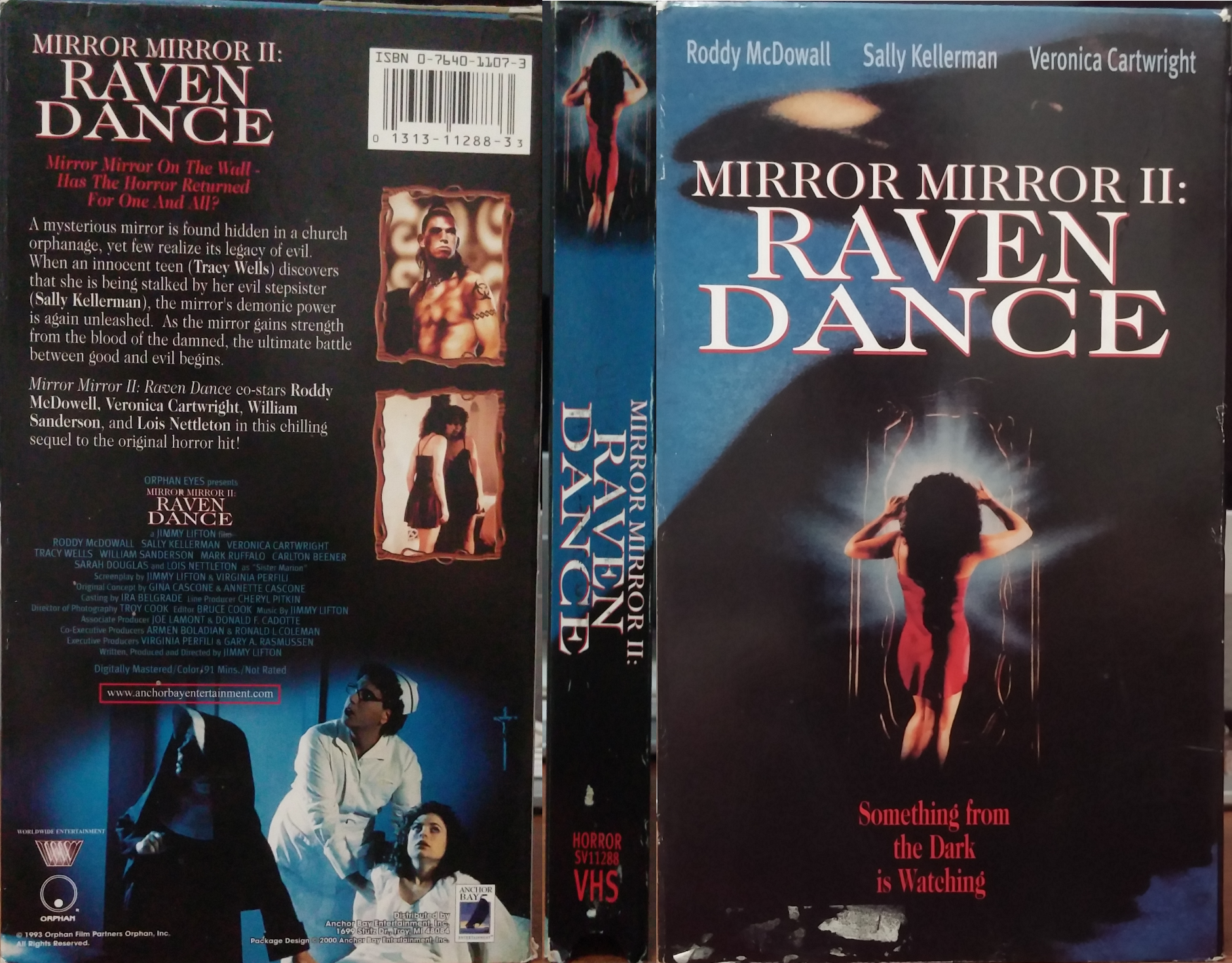 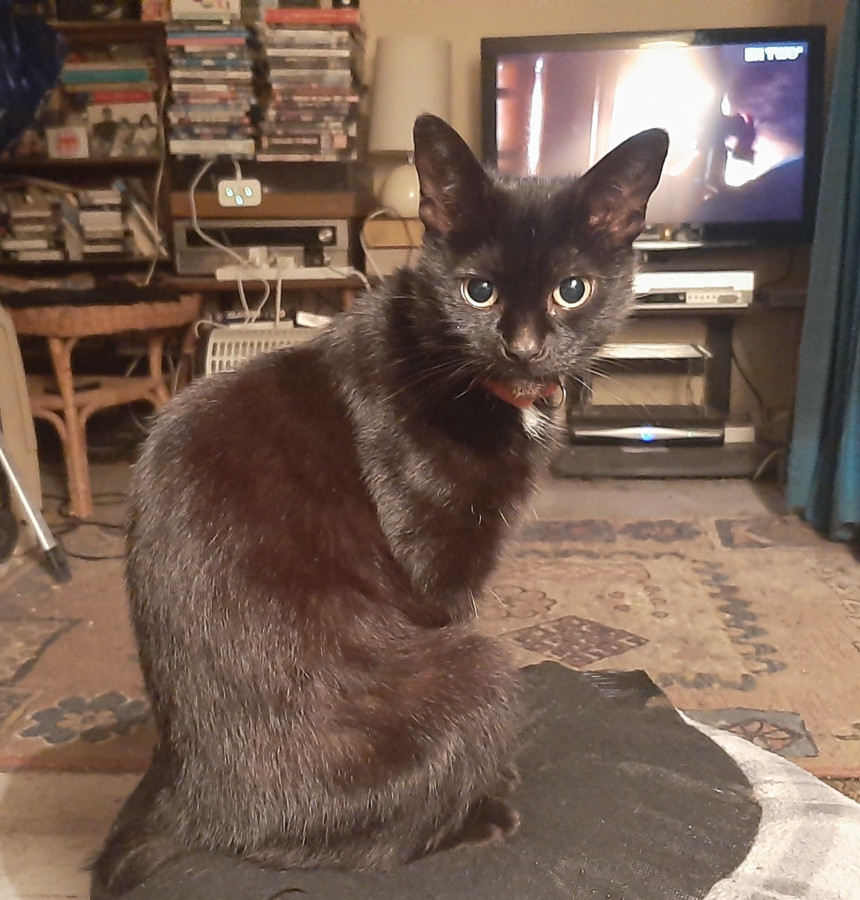 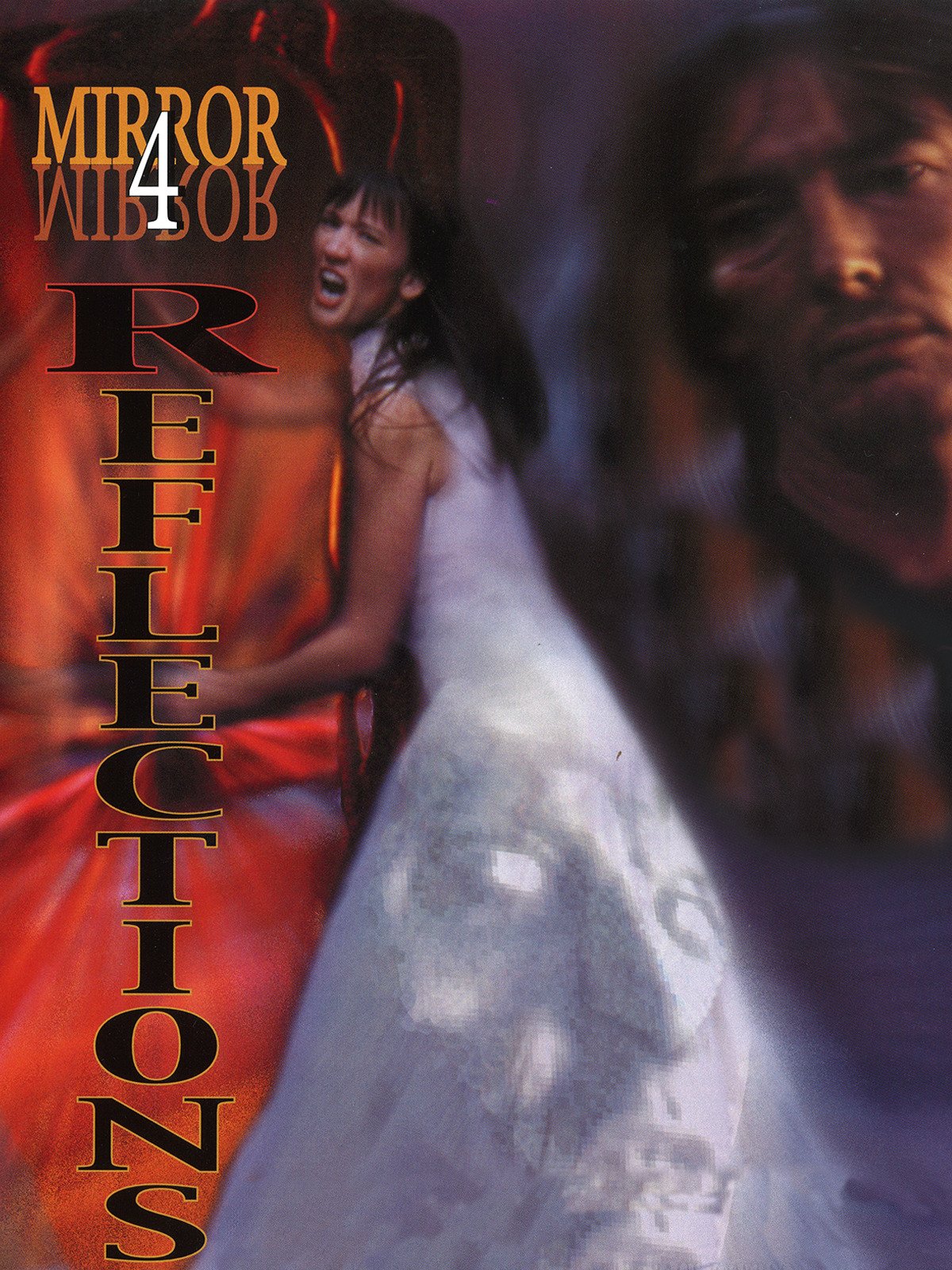 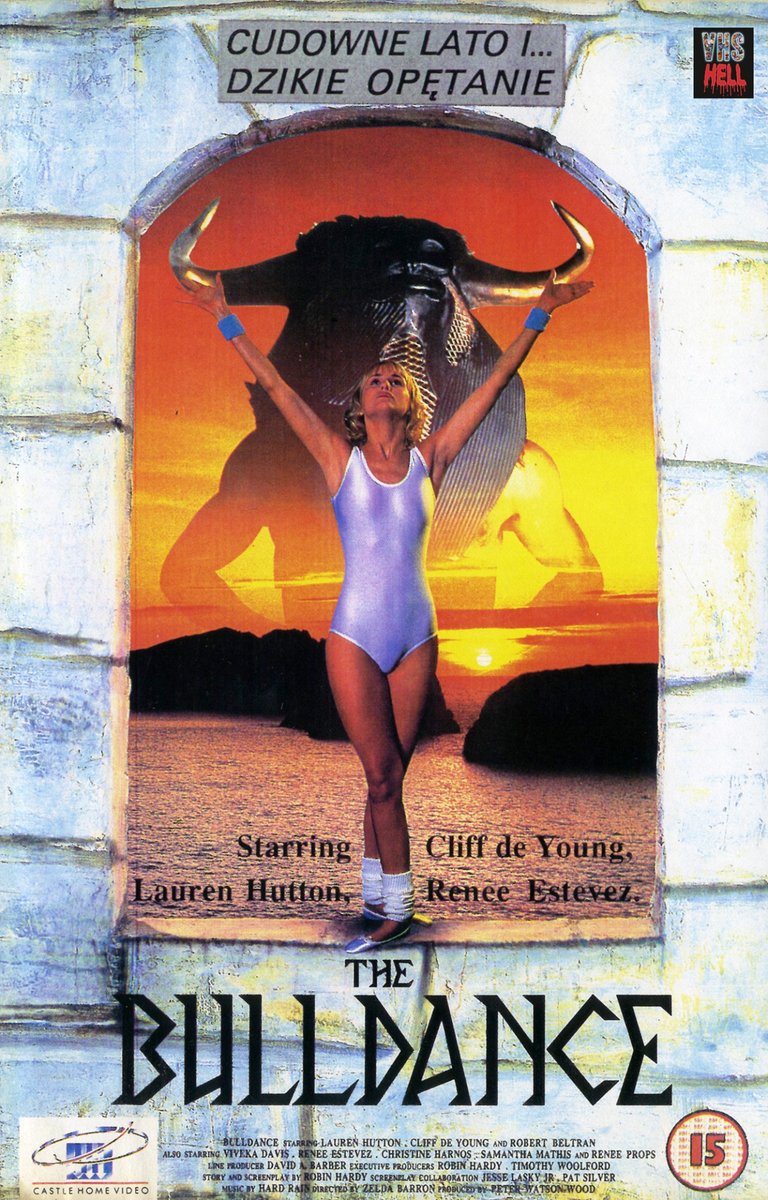 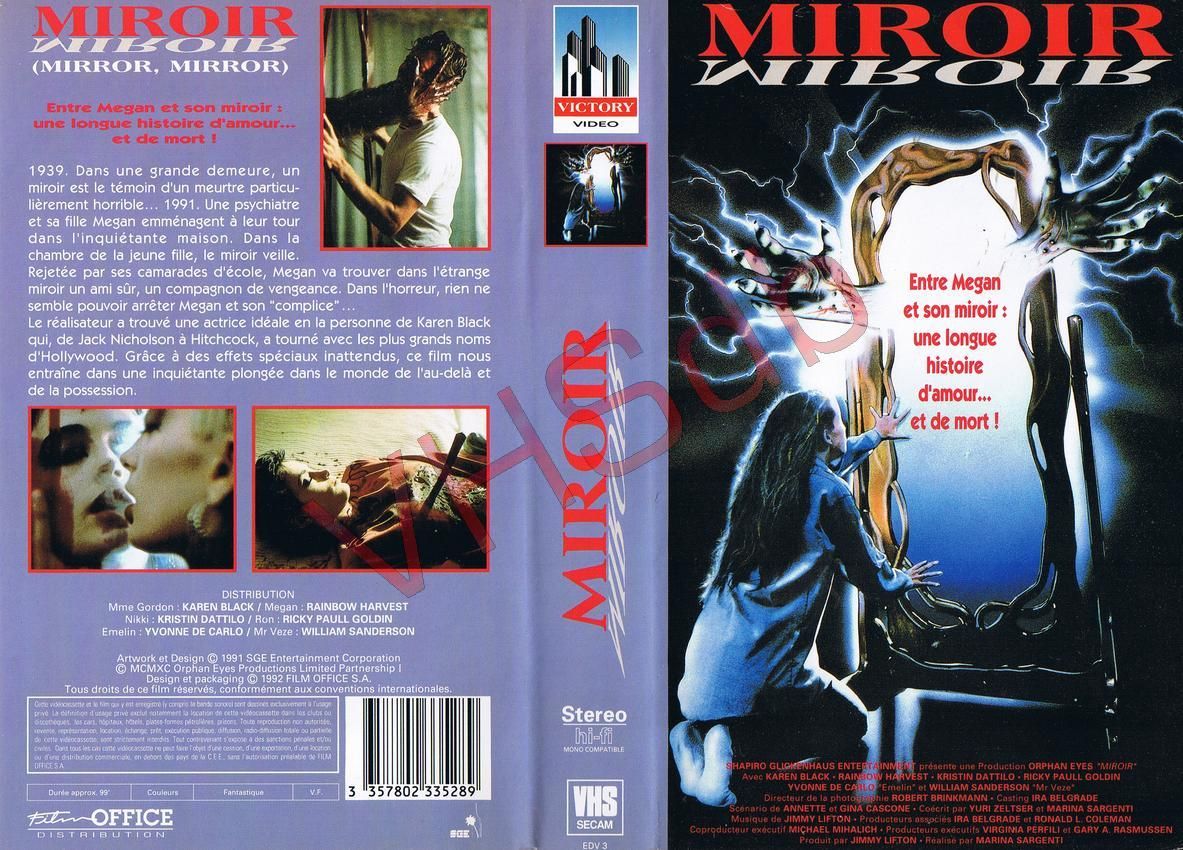 'Not A Game' promo

Recall the girls comic story 'The Cloud On Sunshine Cottage'?

Adrian Dunbar was in 'Morse' as was Michael Kitchen.

The hurt of rejection is huge. People disconnected. I hope they will feel regret. I feel utterly aggrieved by the injustice of it all. Some people are a major source of irritation. I was robbed of illusions. People are not fully engaging. Selfish and despicable people need to be sorry. People take great joy in being awful. Some people don't care. People have scant regard. I feel bitterly disillusioned.

“Have lived to see this change.”

“On her wedding night she climbed to the top of a wardrope and threatened to kill the prince if he moved a step towards her.”

“Now lives as a recluse and regularly refuses awards and interviews.”

“Accessory wearing has fallen by the wayside.”

“What could lie further down the road.”

“All secrets are safe with me. Usually.”

“Wrestle with some big hairy bloke.”

“Give them the emoitonal and mental tools to deal with their anger.”

“Turned street tough with enough ties to the mob to later be implicated.”

“Around which a certain mythology grew up.”

“Out of time and place with the surroundings.”

“Considers itself unfairly portrayed as the obstacle.”

“Confident that he will in the end prove those who would like him to be shown the door now wrong.”

“Prefer not to be answering that question.”

“Those who have stolen their places.”

“Widely reputed to be a very ambitious Minister who spends an inordiante amount of time talking to the media off the record.”

“A matter of concern.”

“Utterly convinced of its duty.”

“A fate deemned worse than death;”

“A tradition many of us are wholly against,”

“Guardians of a country-”

“Notions of enemies at every corner,”

“Wouldn't have been a very popular position to have taken,”

“Not the first point of conflict.”

“Ascertain all of the facts.”

“On the verge of an experience I neither wanted not felt I could refuse.”

“Something appalling had befallen him,”

“Very easy to drift into a group delusion whereby we're all convincing ourselves that something paranormal is happening.”

“Driven past it numerous times – never once thinking to stop-”

“Lost its original pagan significance long ago. It's no doubt currently full of hippies, readying themselves for what their drug-addled minds think the summer solstice entails.”

“Weren't interested in pop music or drugs or satanism.”

“A wife-and-daughter-killing psychopath was hardly the kind of thing that would bring tourists flooding in, at least, not the kind of tourists anybody wanted.”

“A ritual that cirumstnaces had made obsolete.”

“My own strange and highly specific enthusiasms.”

“The cage of bricks and mortar she presumably cannot leave.”

“Demoting which type of strageness abided at a given location.”

“Experience the weight and significance of the house's dark history.”

“His control of them was absolute.”

“Whatever forces his crazed mind believed it was contacting.”

“Nothing but a disappointment.”

“Infrequent presence in their lives.”

“Prove to be her undoing.”

“Unsure of their future.”

“Worried for you as a person.”

'Murder By The Sea' Quotes:

“Not really that welcome.”

“Many years went past.”

“What the island wanted to believe.”

“Not by any means common.”

'The Fall And Rise Of Reginald Perrin' Quotes:

“Oh there aren't any more of those...they can't afford to live here.”

“I didn't get where I am by thinking. My father once caught me thinking.”

“Give myself to riff-raff.”

“Knocking about the town.”

“Boycott of the family.”

'Framed By The Killer' Quote:

A Liz non-doppelganger shows up. People babble about Liz's plan. This was incoherent. So Red is evil, like duh. I've no idea what Red's planning. Where is Liz? What is going on? People claim the Liz doppelganger looks exactly like her – she does not. Red is overdue for a reckoning. This was dumb as all hell as various morally reprehensible people try for furious intensity. Grave consequences are threatened in this stupid and exhausting show.

“A cause greater than herself.”

“Collect enemies in your wake.”

“A war criminal and an international fugitive. Your parents must be proud.”

“Kept secret for far too long.”

“Army on both sides of the law.”

“What it makes you, I'm still grappling with.”

“So very operatic, even for you.”

“Used to gettinging your way every time.”

Jodie plans to flee with Daniel. Jodie finally does a DNA test. Daniel's home is a sinister place of secrets. This was a dreadful travesty. Jodie hangs out with forgers. Jodie acts like a crazy woman. Some snotty cow bothers Jodie. Daniel's creepy dad bothers Jodie so she whacks him with a massive pipe. Jodie's thick. Jodie's a thief. This was irredeemable crap. Jodie's arrested. The ex is an ass. This has no meaning. Daniel is Tom!

“What is the point of you?”

~
Lost Planet Of The Gods

Apollo is to marry the woman he rescuced. Adama invokes the Lords Of Kobol. Starbuck always has a self-congratulatory smirk and a reckless approach. This was not brisk or eventful. There is no savage emotional reckoning. Starbuck is dementedly oblivious. Baltar is a disgusting person and has vicious rage.

This Tigh and Apollo are superior to their reboot versions. This was foolish and illness strikes the fleet. The doctor wears what looks like a raincoat as hazmat gear. Disease strikes the viper pilots. Apollo is angry that his woman wants to be a shuttle cadet. There are no useless reporters in this show – people in this show have actual jobs. Apollo is very tan and his hair is very big. Apollo trains female shuttle pilots to be viper pilots. This was not charged with potential.

Starbuck is sexist and sly and unpleasant. This was tedious and absurd. There is no tension of expectation. This was a bore. Why do cylons speak English? This was very disappointing. Pilots are credited as girl warriors. FFS. Starbuck is an ass and is captured by the cylons.

This show has limited competency and Baltar has malicious compliance. Apollo marries and Adama rants about Kobol. The mother planet Kobol is obviously a set. Baltar babbles and Starbuck just wanders away from the cylons. This was not a plausible scenario. Apollo's wife dies.

“Only means of defence.”

“Known to be doomed.”

“Get them combat ready.”

“Migrated to the stars.”

“Come bearing the twig of peace.”

~
A Time To Stand

DS9 is under Dominion occupation and the war is going badly. Garak annoys. A captured Jem'Hadar ship is used. Yawn.

The ship crashes. Whatever.