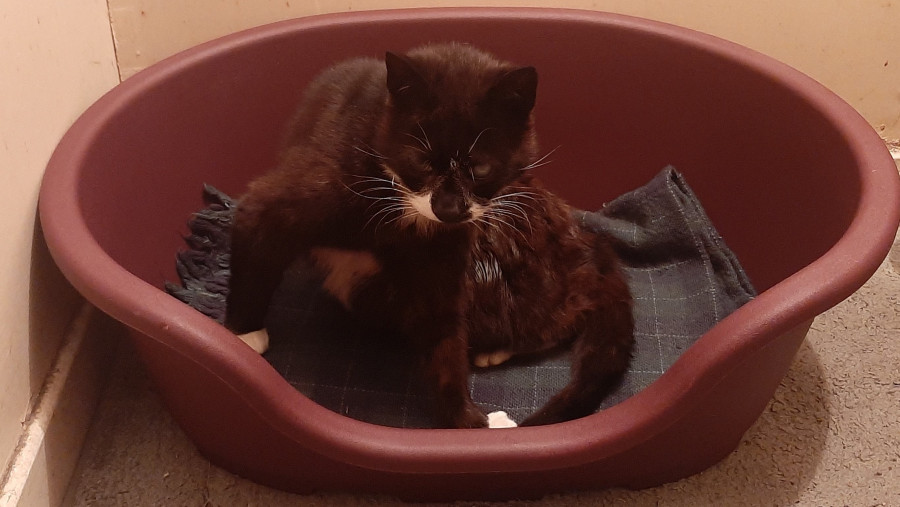 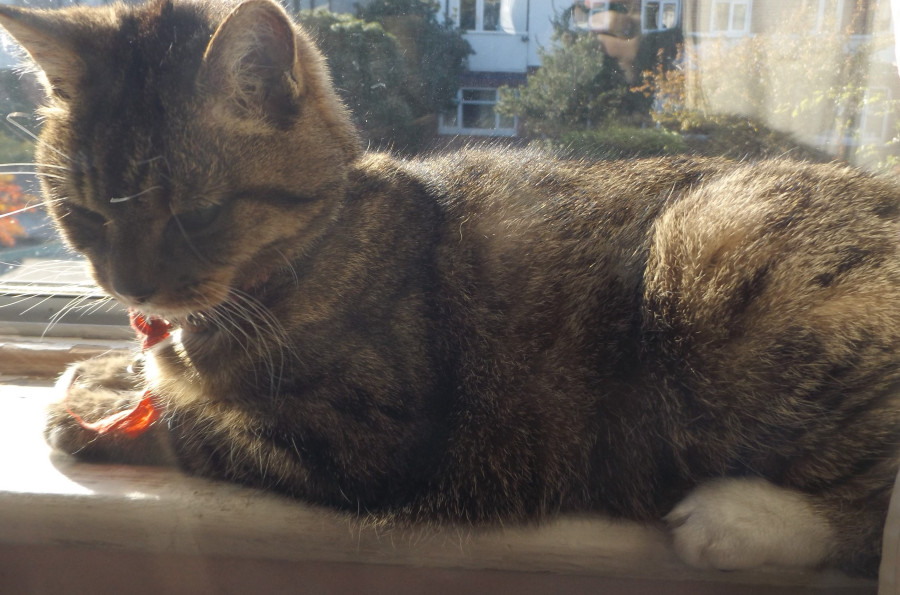 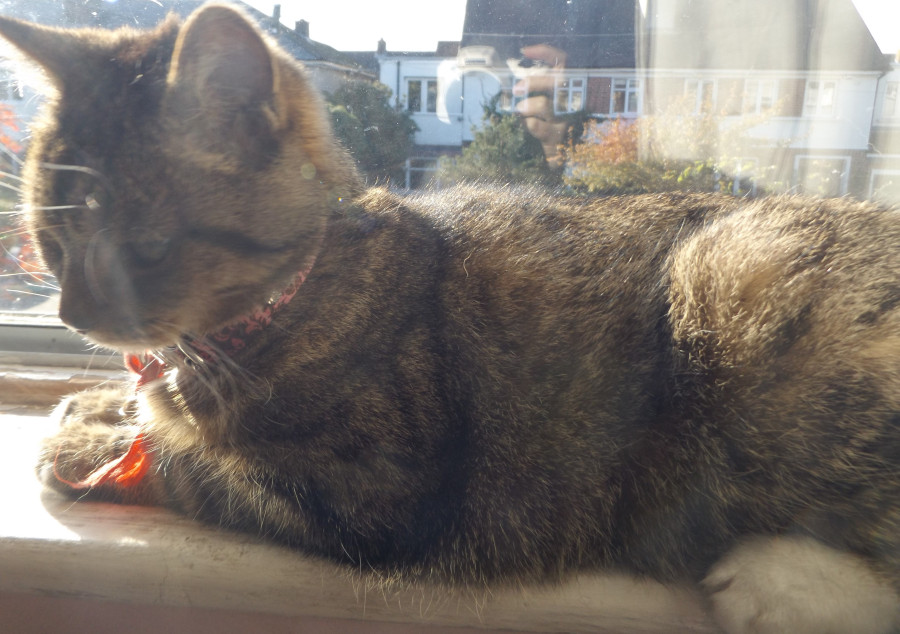 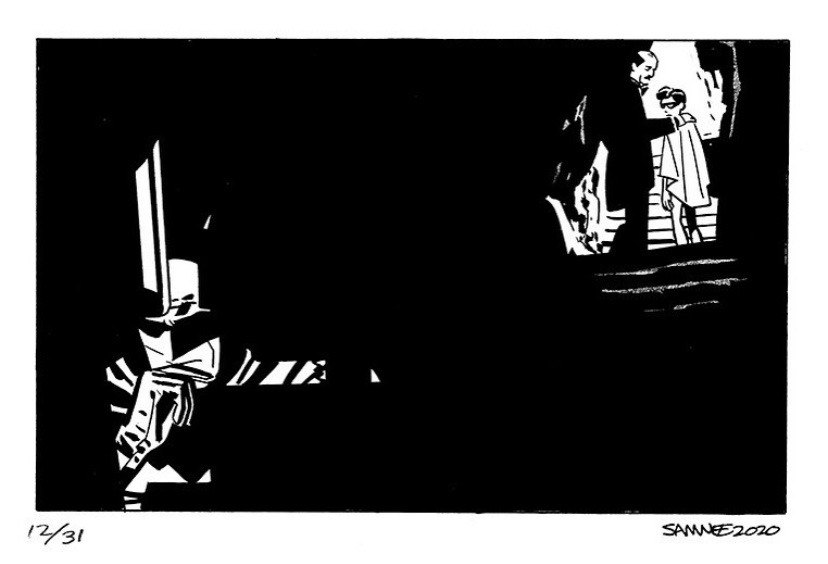 What is pepperjack cheese or Louisian sauce or primo pepper?

How did my relationship go so terribly wrong? I thought I had a deep, loyal, emotionally satisfying relationship. He did avoidance and withdrawal.

What happened to Mycroft Holmes on 'Elementary'?

DeForest Kelley had a guest spot on 'The Fugitive' as a town drunk. He had only 3 scenes.

“Your bar is down the street!”

“Unnatural interest in his gentials.”

“Never had a convincing explanation for.”

“Come to a very scary conclusion.”

“Beings from god knows where.”

“Ignore the ground rules of genetics.”

“Giant alien conspirayc to breed humans out of existence.”

“Who knew that watching Jude Law dig a hole could be so engrossing?”

“Stripped to his jocks.”

“Wandered down laneways strewn with sinister scarecrows hanging from the trees.”

“Floored to see his best friend Kurt walk through the doors of The Hutch, despite apparently having died 19 years ago!”

“A franchise that does exactly the same thing in every outing?”

“There were no doors left to be reopened.”

'The Haunting Of Bly Manor' Quotes

“Used to be a daddy's girl until I grew up and I wasn't anymore.”

“You'll leave long before I do.”

“Seek court protection from its creditors.”

“Made their way to homes as best they could. In many cases those homes, if they still stood, were in a wasteland.”

“Unable to work or learn.”

“Most socially outcast and vulnerable.”

“No love from the parents and community.”

“The world goes on without him.”

“Used to be normal and innocent.”

“Social distancing was not even a word in our vocbularly yet.”

“No one we asked would let us in.”

“Not evolved to eat.”

“Resistant to our medicine.”

“You do not want this in your country!”

“May cause nerve disorders.”

'Drama Out Of A Crisis' Quotes:

“Shove your tea up your arse!”

'Clown In A Cornfield' Quotes:

“Shirts split to his navel and impossibly tight trousers.”

“Too late by days, weeks, maybe even years.” 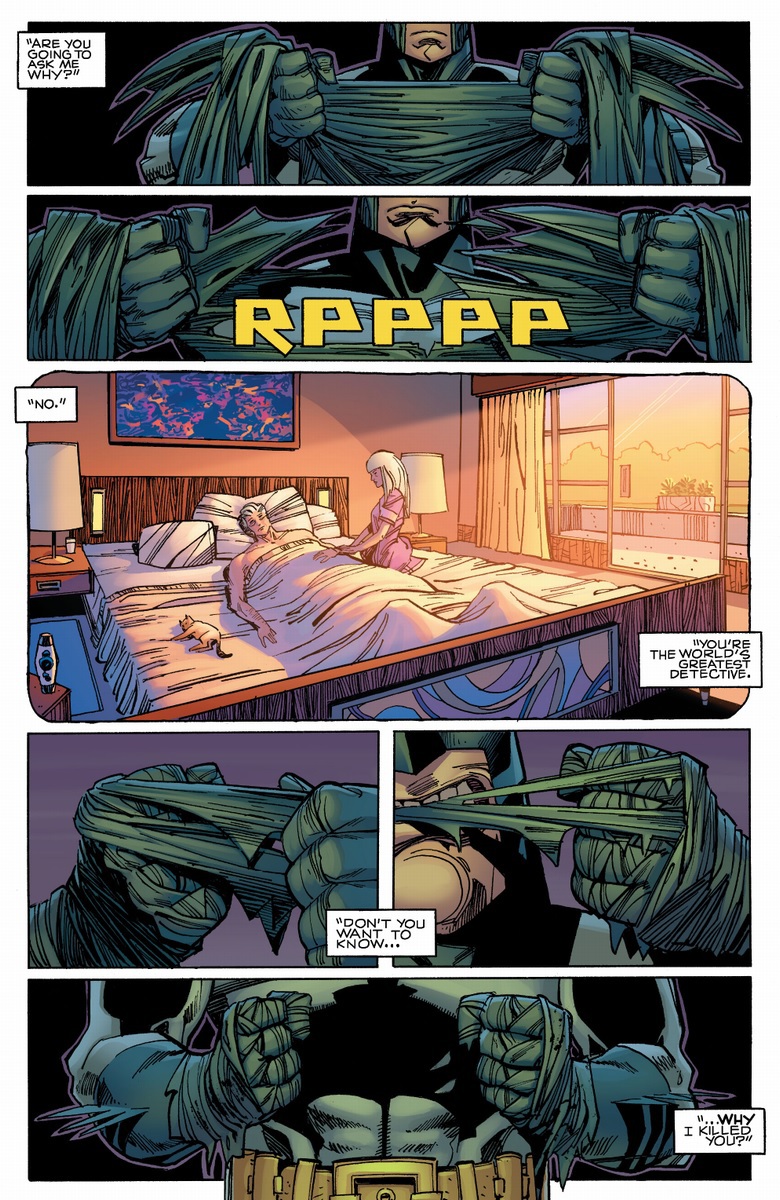 Patrick Wilson, Chris Pine, Jessica Alba and Ray Liotta feature in this weird film with has an awful lot of chaos. There is sexism as the 'hero' blames a woman for his own poor choices. There is a Norman Reedus cameo wherein he plays himself, that short cameo is the best thing in the film.

The 'hero' is in a hole. He is a wannabe convivial operatic character who amused fate. This tries for intensity but there is just lots of swearing. He needs $60,000 by midnight. This was spurious and the hero aka Kevin is a tool. Liotta shows up playing himself. Fate adversely effects Kevin. Pine plans a naked crazy bad guy.

There is rampant sexism and blackface. There is a limo war and a moral evil. This was a movie of attrition. Trouble is inevitable. This was specious and there is blood and ledgers. There are no deeply held sentiments. There is a lack of appreciaiton and this was faltering with lurid day glo colours and this was done is melodramatic, over the top style.

“My life is nearly half over.”

“Putting the goddam shovel down.”

“Seem to actively want to lose this job.”

“Don't make me come looking for you.”

“You don't have any respect for The Hoff.”

“I need the cash badly.”

“Murdered men with his hands.”

“Done business with some bad guys.” 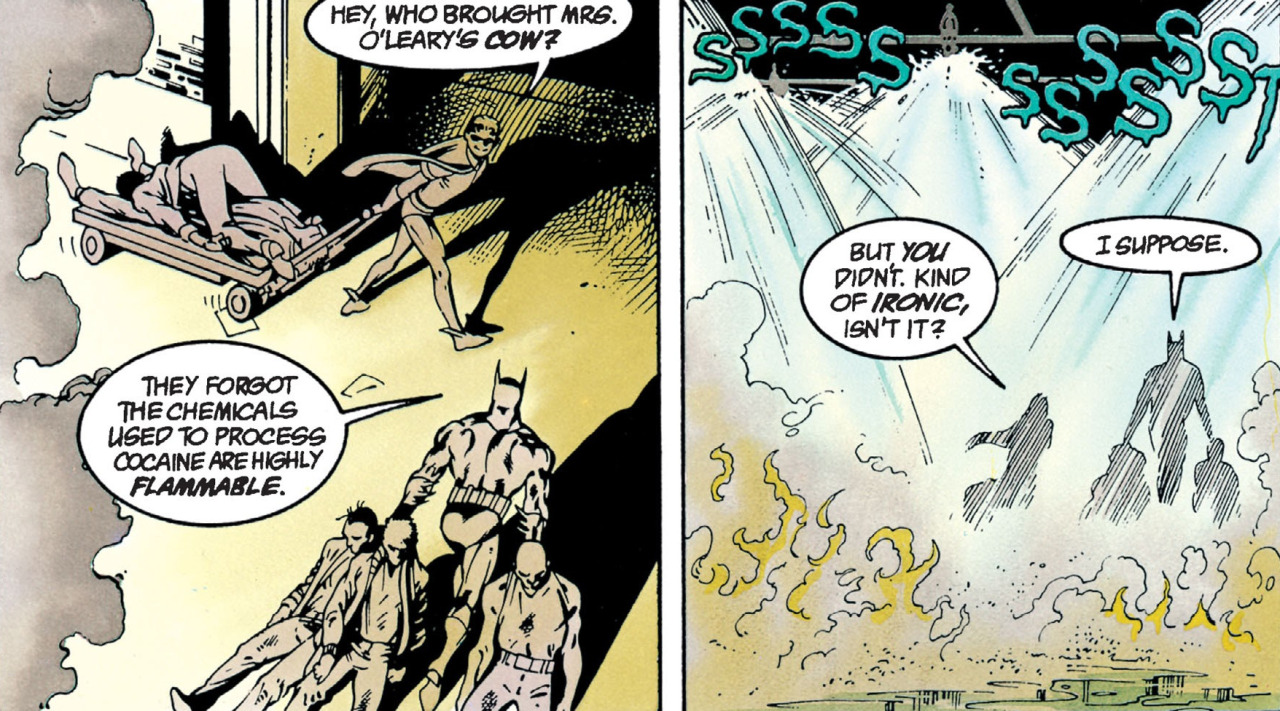 Fight the power with power. Volume 2 is coming in 2021. There is no social distancing or masks in the post pandemic world. It is a year since the plague. The virus may be returning. There is a generation war.

People in influential positions plot. Nobody is constructive. This tries to reflect society. There are unpredictable and unexpected consequnces to choices. People seek out someone to blame for the great calamity of the plague. People are objects of admiration but not many. There is historical inevitability and violent disorder.

The plot is an unresolved void. People have not reacted well. A girl with powers saved the world when 100,000 people were dying every day. There is death and the powered people ARE the baddies. This was okay.

“It came to us from somewhere outside--”

“Activating potentialities we knew nothing about.”

“No one in this target population can be trusted.”

“Heaven does not want you, and keeps throwing you back?”

“Prevent them from acquiring to tools to oppose us, and the will to use them.”

“They must never ever discover how powerful they are,”

The final entry in the 'A Murder Most Unladylike' series. During a trip on the Nile, Dasiy and Hazel face their own personal Reichenbach after a terrible wrong is perpretrated. The ending is an arsepull and this is highly unrealistic even for this series. Daisy has overwhelming conviction in herself and is intemperate. This was okay. Daisy expects automatic deference. This has unearned emotion and people talk about baking cookies but use no 1930s slang and there are no chaperones. There is talk of power cuts.

“Having one daughter finds murders wherever she goes is bad enough,”

“Will SOMEONE come here and MURDER me?”

“He's quite clearly not dying,”

“On his way to do something awful.”

“Some people are better off dead.”

“Oh, do stop lying and pretending to be silly.”

Jolene and Carroll try to control the fallout from the Carroll's party. There are unhinged performances and sadly Tom isn't dead. There is industrial scale objectification. Jolene has on/off protective instincts and the horrifying reality of her industry is laid bare. Jolene runs around in her obvious wig being all positive and enthusiastic and complacent.

Carroll does coke and does not want the authorities involved. Amy has had shattering experiences. Amy had to go to hospital after her first shoot. There is appalling brutality in the unloving and unloved industry. Carroll casts a vaguely sinister shadow. One feels abject disgust for Carroll, Tom and Jolene who have moderate indifference to what happened.

This was disconcerting. There are hard choices and sinister consequences. Phoebe is suspended from school. Jolene is witless and was a teen mom and boasts she earns more than her daughter's principle. Jolene pays £15,000 a year for Phoebe's school. Jolene shrugs off Phoebe's actions and trauma and the fact teens vandalised her pink audi.

Phoebe wants Jolene to quit the industry. How is it her responsibility? Jolene is so non-judgmental. Amy is charged with ABH. Things are clamorous. Jolene goes off on a rant and is pretty awful mother and wife. She ignores Phoebe's underlying bitterness. Amy has a social worker? Jolene is mean to Rich, her layabout partner. This was exhilartingly depressing. There are snide comments and this was desperately inadequate.

Jolene gets spray tanned and has her nails done but she is now persona non grata in the industry. Rich says Jolene should do some escorting. Why does Jolene have rabbits in cage in the garden? Diabolical people annoy. Amy spills about Jolene to her son. Jolene sells her thongs online. BO is wanted by customers. Jolene encourages Phoebe to see her perv boyfriend. Jolene's impuging of reputations goes awry. Tom Pain's dying. What is that trash in Carroll's garden? Why is he coughing? Jolene and Rich try to have sex on the stairs. Jolene has a warped attidue to sex. Rich does not work.

“More choices than I had.”

“Gaffer tapes knives to his hands and attacks cars in the street.”

“Struck off for shagging his patients!”

“Smokes a lot of spice.”

“Where's all the posh yougurts?”

“That backfired didn't it?”

“This is suddenly very awkward.”

“You're really good at making everything about you.”

“Cannot consent to your arse falling out!”

“You don't do anything unless you've got an agenda!”

“What's normal in your house isn't normal in everyone elses!”

Things are unsettling as Dennis Nilsen is starkly amused and defiantly complex. A murder victim is linked to the Canadian parliment. This tries to be potent, emotive and brilliantly atmospheric. Dennis was in the cops and army. There are bones in the garden. Concerns are expressed. Dennis did crimes of inconceivable proportions. People take forceful stances and a cop is wretchedly obsessed with the case. There are the darkest secrets and god rest their souls. There was violence, hate and senseless cruelty. Dennis is being disgusting and this was chronically basic. There is talking and was closure a phrase in the 1980s? Dennis is a blight and pleads not guilty. This was perverse.

“Talk from the Yard.”

“Made him certain promises.”

“Wan't homeless or an addict.”

“Lying to us from the start.”

“Didn't intend to judge you.”

A contagious illness, panic and looting ravage Moscow in this dubbed drama. A bitchy ex-wife bitches at her ex. People are frustrated by the disruption of their lives. This was devoid of drama, chaos and intrigue. There was animus and bitterness.

There is no heightened atmosphere or grave seriousness. There is hostile social interaction and no grave risk. There is no common purpose and no infinite patience or ingenuity. Things are not highly distressing. There is no fear or crisis. There is no dangerous narrative of hopelessness. This was calamitous and there are no fearful people.

There are no highly respected families and people are personally insulting. This was catastrophically dull and not very serious. There are belated intentions. How terrible everything is. People are bitter and have recklessness. This was not deft or skilful. There is no sinister turn. A virus creeps insidiously toward them.

An autistic boy named Misha is a perv. There are 2 homewrecking whores in this show. Sergey whines. He left his angry ex and son to carry on with Anna. As for Anna the whore she does not seem to care about Sergey – did she only hook up with him to have him mind her son Misha? Polina snots at her stripper stepmother.

There is potential catastrophe. Quarantine is broken. Sergey has absolute disregard for his real family, he only cares about his whore. Bad things happen. There is fatal unpreparedness. Ira = Sergey's ex. This was not substantive. Tolstoy would not be proud. Vile, vituperative, hate filled people cause a cacophony.

“Who said I was angry? Do I seem angry?”

“I was washing cars at intersections.”

“His disaster of a daughter.”