A pilot is trapped in North Korea and a rescue team is sent behind the red line. This was dull.

The BBC has filmed 'Malory Towers'!

What is china clay?

What are owl cafes?

Who read the 'Just William' books?

Who saw 'Eat, Drink, Man, Woman' or 'The Accidental Tourist'?

My ex didn't care about me and never had.My ex is an extremely felt absence.

'The Mirror & The Light' Quotes:

“A lesson he will not forget.”

“Nights with no certain shelter.”

“Marvelling at what God has bestowed.”

“Or you will incur my displeasure.”

“Why is it that wherever disaster strikes there is a Howard in the room?”

“If anything but good came.”

“Carried Testaments home, when it was death to do it.”

“I cannot hear what you are telling me.”

“Cleared them out of court.”

“Vomitous torrents of insult and threat.”

“Leaving barely a memory behind.”

“Shaken his fist in the direction of Dover.”

“What had you done to them, to cause them to abandon you?”

“With no good intent.”

“But it will get better, it must.”

“Some sort of Howard. Is there no end to them?”

“To take pleasure in what others have designed for my pleasure, or be thought ungrateful.”

“The swimming pool is cut out of ice with chainsaws.”

'Thinking Outside The Box' Quote:

“Happy to be braodcast doing so.”

“It wasn't on the TV anymore. It was in the street outside. It was coming through your windows.”

“No one ever comes back.”

“You don't know what you're missing.”

“Any number of diseases?”

“Festering in our drive.”

“Were you stealing my coup?”

“We knew what was coming was bad.”

“Nostalgia for a world that doesn't exist any more, or perhaps never did.”

“Always managed to forgive him.”

“The baddie was a man dressed as a carrot.”

“A show comes along and makes a dent in your consciousness.”

“We're supposedly self-isolating and there's literally nothing to get up for?”

“They were crawling around on their hands and knees yesterday, eating millipedes from the carpet.”

“Long since been preparing for the apocalypse-”

“How easily that could go wrong for her.”

“You can only take so much of that.”

“Might not be universally regarded as a benign gesture.”

“The Last Jedi. Here was a Star Wars movie that detested Star Wars, and Star Wars fans even more.”

“An army of feral teddy bears.”

“Pandemics that drastically changed the course of history.”

“The mess we make of our lives, whether through compromise or by follwing a true calling to the utmost.”

“Fear was borne out by history.”

“Erasure from the canon.”

“Slunk to the nostalgia circuit.”

“You are not welcome among us.”

“The limit of most cats' ambition is to sit somewhere warm,”

“Pretended to be a flimsy one note character!”

“All schools are kid prisons.”

“That's how boys play dress up!”

“Bloated with cheap confectionery and smeared with chain-store make-up.”

“No one wanted to know me any more.”

“Nothing for me now.”

“Found a tiny crab in an oyster and requested a bag of water in which to take it home.”

“None of roses by the glass were expensive enough for her.”

“Lacking or empathy of belief in community-”

“Mirred in the kind of unhappiness that makes people put on weight and watch too much TV.”

“I loathe them and everything that springs from them.”

“I hadn't backed anything up.”

“Her idea of living dangerously was using a paper napkin when lunching alone.”

“Absolutely no concession to male approval.”

“Had to watch them on VHS when my father was out of the house.”

“Be assured they will laugh at you.”

“The smell is pig-farm bad.”

“Turned up hours late then demanded that her christmas album be played on repeat.” 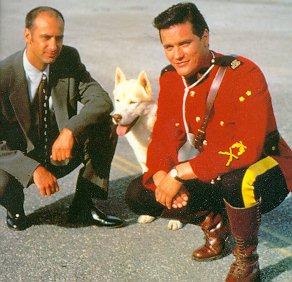 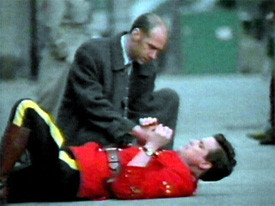 Stranger In A Strange Land

The Michael possessed Dean does a silly voice. Various characters run around the bunker. The useless mother could care less about Dean. Sam's lazy and Castiel and his silly voice is useless. Demons prance. What is this in furtherance of? Peoples replies to Michael are ill taken. People call Sam sir. Oh FFS! The mother fawns over Sam. Jack lurks. AU Bobby lurks. Die you fat bastard. TPTB queerbait Destiel some more. Castiel is useless. Dean's real life untalented Joker faced wife lurks. Lucifer's host, Nick, is alive. There are no endless possibilities and people treat Nick badly for submitting to satan's control. We get a lot of mommy fighting demons scenes yet she let a demon kill her in 1x01 because she hadn't protected her home. I'm tired of the Winchesters and their malign fatuity and self-inflicted dramas.

“Burned half the world.”

~
Revenge Of The Gods

The Trojan war is fought by people in Roman costumes. I just do not care and am in no mood to engage.

Custer. There is no moral responsibility or stance. There is no aspirations. This show is a detriment. The duo cannot effect social change. There is no cultural concern. The actors are not commanding presences. Crazy Horse lurks. This was kind of racist.

~
Chapter Seventy-Two To Die For

Jughead's not dead, naturally. Veronica has a half sister?!? Archie's stupid and boring. This was unimpressive and comcially useless. FP rages and quits. People are cold and calculating. There is exposition and people are manipulative, bullying, vindictive and arrogant. Archie runs a boxing gym? Selfish ruthless types are into personal gain. Hiram is Mayor? Wasn't he in jail? Wasn't there a cult? Betty and Archie make out. WTF are maple partners?

“When did the darkness begin to take hold of Riverdale?”

“Save your tears. No ones watching.”

“I'm sorry I called Jughead a hobo that one time.”

Jughead was 'murdered' by students at Stonewall Prep. How many schools does Riverdale need?!? There is bewildered distain in this preposterous farrago. There is exposition and this was sort of ridiculously enjoyable. Betty and Jughead confront the killer preppies.

There is talk of 'Baxter Brothers' books. Jughead's fake 'murder' is not regarded as an unforgiveable deception. There is talk of the perfect murder and generations of murder and this does not resonate. The school has many dead students. Jughead only lived because his killers didn't check he was dead.

Betty was framed. Why doesn't Jughead have scars or medical consequences or brain damage from being cracked on the head with a great big rock? Betty and Jughead just strolled into the prep school?!?! This is a bottomless chasm of vacuity.

Jughead's dirty looking grandfather lurks. There is talk of miserable events and bad ideas and a man throws himself through some soft glass. Rich brats brat and there were sex tapes. Jughead's dad beats up a brat. There are actual videotapes. There is talk of Quill & Skull. Alice is a reporter again. There is bad acting and no loneliness, despair or anger.

Jughead has no PTSD from his near murder. Cheryl ships Betty & Archie. The awful crisis is shrugged off. This was amazingly terrible and perfectly banal.

“They're not my friends.”

“Real monster behind all this.”

“The brand is relaunching.”