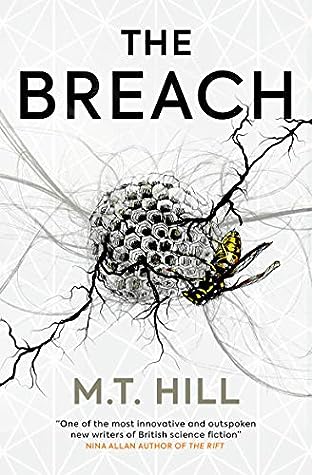 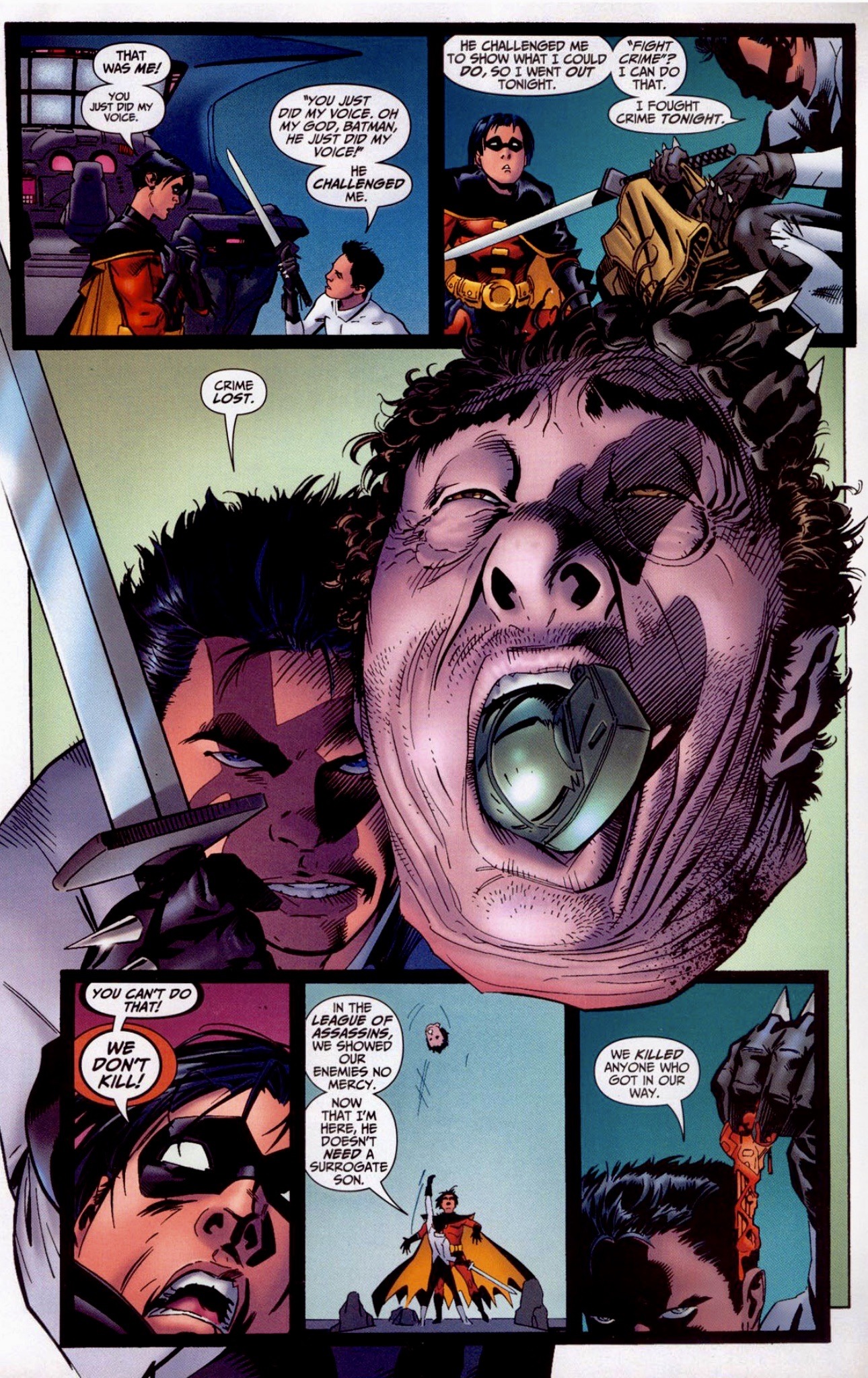 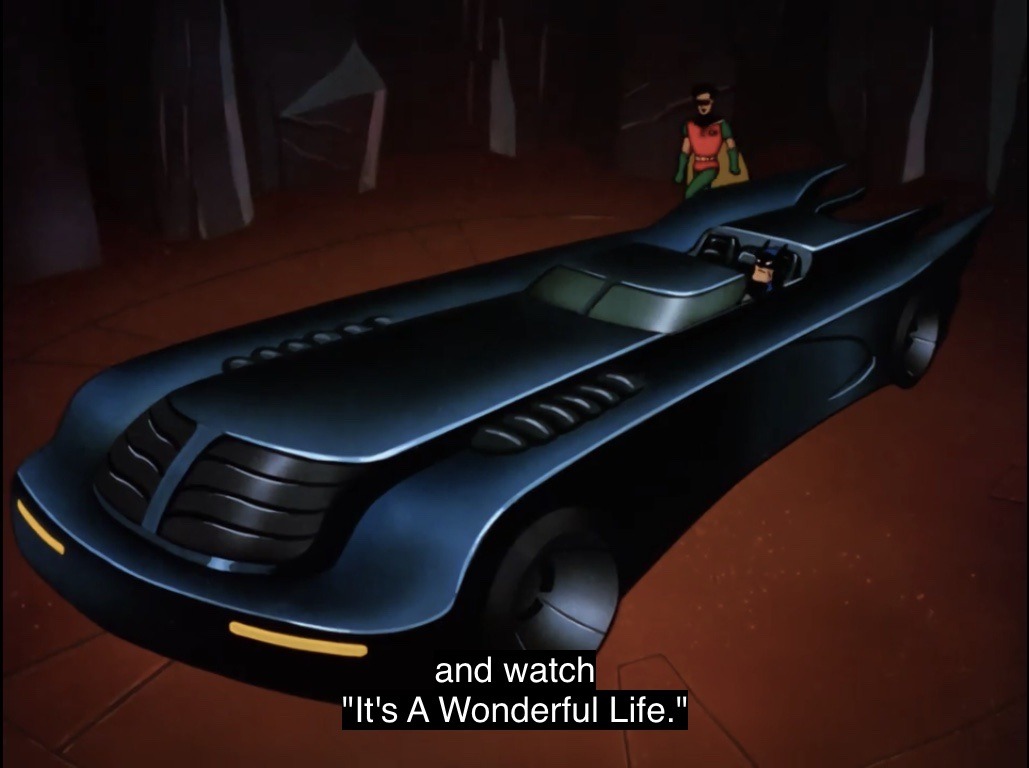 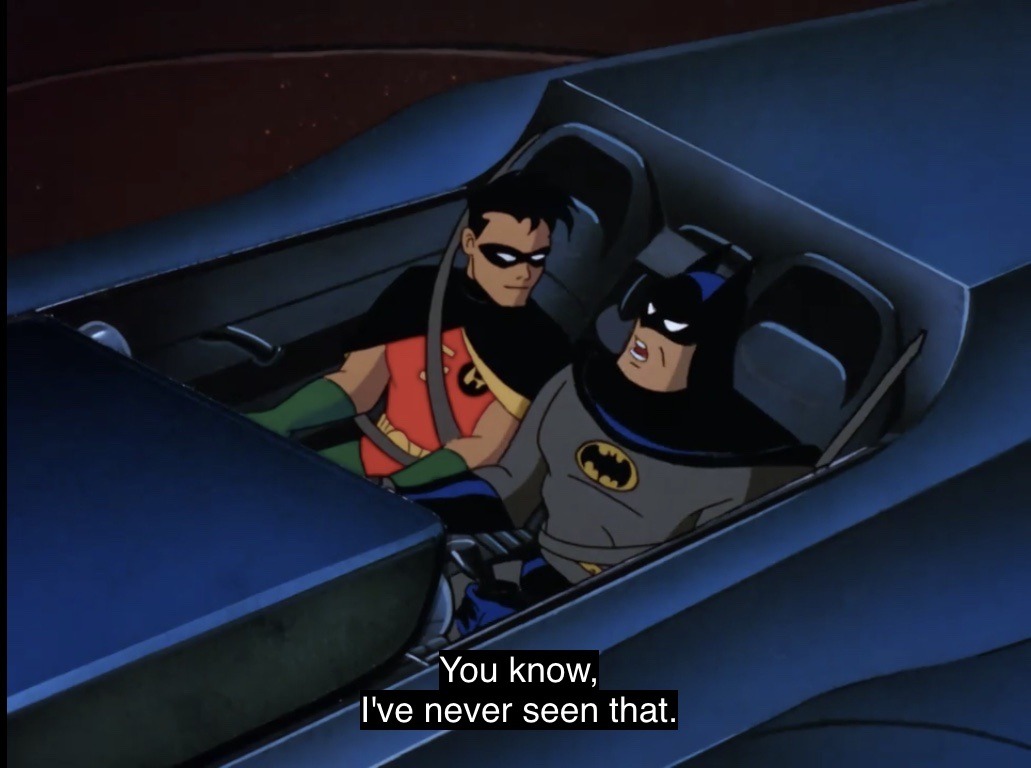 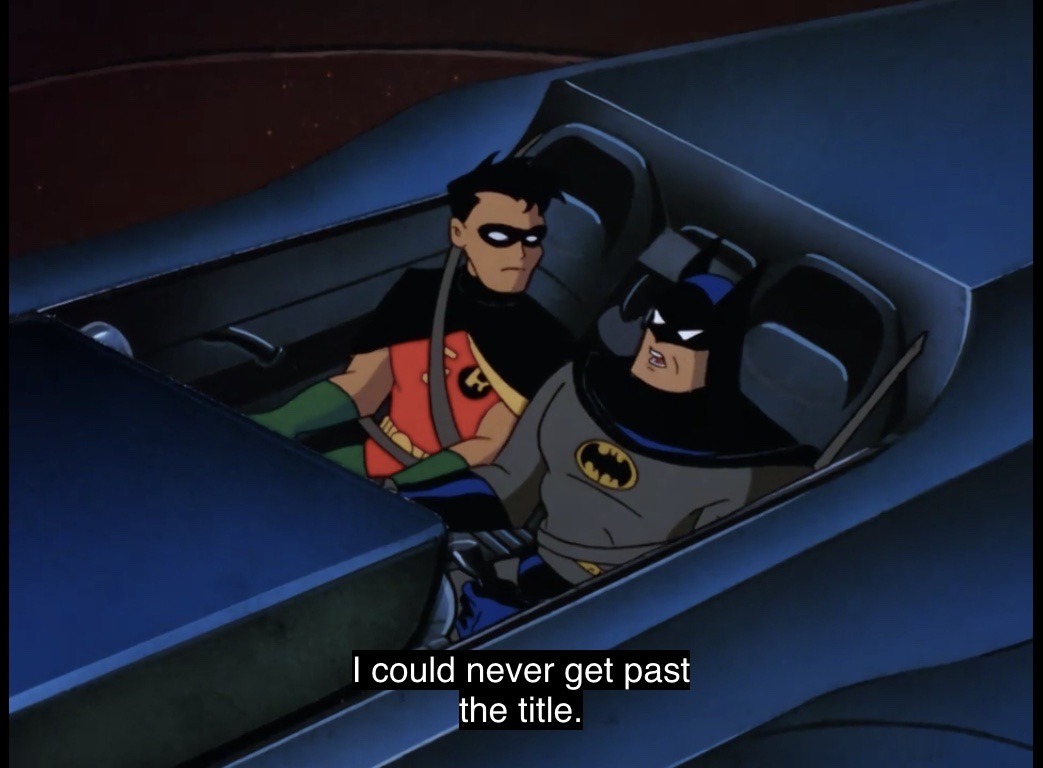 A dollmaker and his kin live in a wretched hovel like peasantry. There is a death and 12 years later the dollmaker's hovel has become an orphanage. There is an orish priest and a nun. This was not bad just really dull. This causes a negative spiral of disengagement. A horribly sour and dark truth lurks.

There is a dollhouse and an evil doll has a hugely detrimental impact. There is a well. This is not a nightmare scenario. The nun doesn't listen. There is a contagious narrative of distrust. There is exposition. There is no expectant silence. The orphans are perpetually disgruntled. There are social ills and irrational fears. This was not compelling or creepy.

This was an irrelevant prequel. There is mumbling and evil causes nuisance. There are no enormous adverse consequences. This was appalling with bad acting. A cross is waved. This was not an appealing narrative. In fact it is an unfolding disaster. There are insufficient scares. There is an almost total absence of quality. Anthony LaPaglia plays the illfated dollmaker.

“Keep to your own business.”

“Devil prays on those weak in faith.”

Is teenager John Kelly the Joker? The Joker lurks. There are different art styles and Harley recalls her mother's abuse. The Joker likes Dali and is a narcissistic psychopath. This was okay.

“Take a break you murderous loser.”

“A nutter leaves photos in the maildrop at the paper and you can't tell me if the pictures are real?”

“A mathematician is a blind man in a dark room looking for a black cat, which isn't there.”

“An intense desire for recognition of his brilliance and craft.”

'The Disappearence Of Crystal Rogers' promo

“Best known for works of performance art, including nailing his scrotum to the ground in Moscow's Red Square and setting fire to a door at the French Central Bank.”

“The Cannes Film Festival would be a good deal duller without controversies and jeering.”

“Unconstrained in their choices.”

“Deliberately made that offer and cannot credibly withdraw it now.”

“Refuses to go away.”

“The whereabouts of which are now unknown.”

“Punched a guest in the face over a remark that displeased him.”

“Someone broke a champagne bottle on his head.”

“Still fails to investigate, acknowledge or address that abuse.”

“I wished he was not mine.”

“Not been able to win this fight.”

'The Disappearence Of Phoenix Coldon' Quotes:

“Not throw her story away.”

“Wasn't happy with her life.”

“She has another name.”

“A place of desperate abuse.”

“Really bad case of constipation which he thinks was given to him by the devil.”

“It's so well hidden it was only rediscovered in the 19th century.” 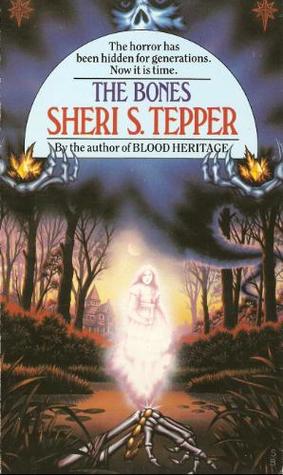 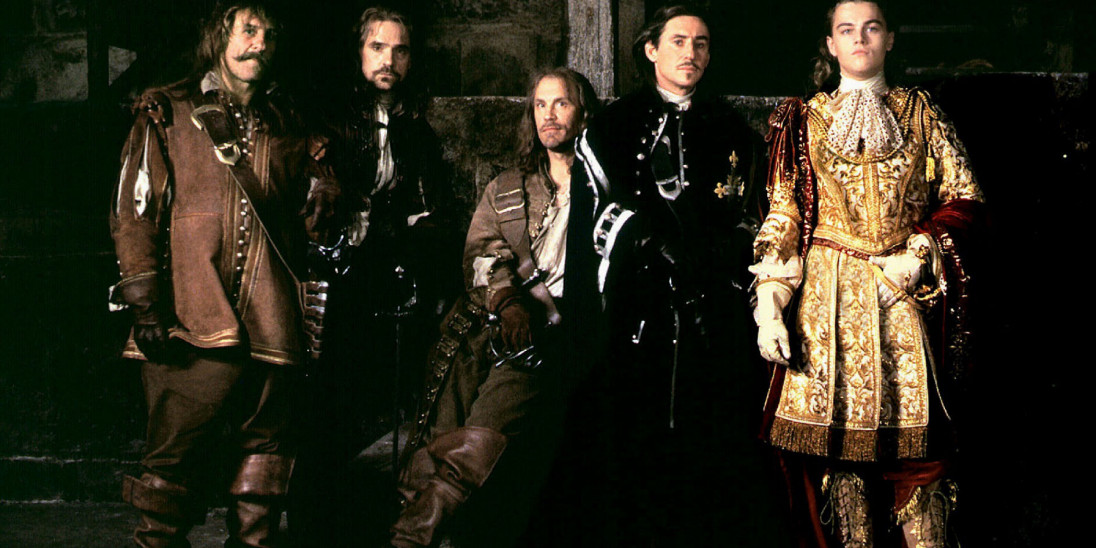 This has lovely art. The Religion Of Crime stalk Batwoman. Her lipstick never smears in combat. It begins with her as Batwoman. Kate Kane aka Batwoman is berated by a soon to be ex. Who? There were adventures before this that aren't collected. Kate's enemy is Alice who dresses in her underwear and speaks in Lewis Carroll quotes.

There is a nasty razor blade trick. Kate's dad Jacob is her Alfred. The doomed werewolf shows up. How did he and Kate meet? It's not explained here. What's a jump kit? There is incoherence and WTF are the believers? Kate has a spare wig. Nobody noticed hybrids running around Gotham? There is a Dick mention. Where is he?

Kate's cousin Bette lurks. Alice plans a chemical attack on Gotham. Alice is Beth, Kate's long believed dead identical twin sister. Kate and Beth and their mother were kidnapped years ago. Who kidnapped them and why is not revealed. Kate has a stepmother and was kicked out of West Point due to DTDT.

Renee Montoya is seen, Kate partied and was saved by Batman one night. Her dad got her trained. Kate, her dad and Alice have issues. Batman lurks beating up the poor and mentally ill. Bette gets a costume. Dick gets no respect. This was excellent.

“Not some Robin all grown up, nor was it some boy raised to fit boots he had no hope of being able to fill.”

“Do something about your hair. One pull, the fight's over for you.”

“Names have power. You fear mine.”

“Gotham already has one Carroll-inspired freak.”

“It is the foundation of honour,”

“Answer for it. Without hiding, without complaint.”

“What they'd do to you if they got the chance?”

“I finally found a way to serve.”

“What they'd done to her? What they were doing?”

“You need a scorecard to track the costumes in this--”

This is a reprint that combines the stories 'Hydrology' and 'To Drown The World'. Children are missing. Kate trains Bette. The DEO and a smoking skeleton lurk.The DEO want Batwoman and Kate is angry.

Kate and Maggie hook up. How can the DEO not know who Batman is? Flamebird is gutted by a baddie. Batwoman plays detective. The DEO have a chart of the batfamily: Batman, Damian, Dick and Tim are seen. Bette's a moron. There is magic and the DEO blackmail Kate. Who is Rush?

Kate's dad loved her sister more. This was good. There is an inevitable betrayal. This was not deeply affecting. Kate has moral purpose and is imperiled. There is no startingly intensity. There are wry asides. Kate is all service and duty. She must evade annihilation. Bette wakes up from a coma. Kate has fierce commitment; she's ravaged by tragedy. Things are fateful. No one sticks up for Kate. There is a lack of human regard.

“If Kate is Batwoman, she must wear one too.”

“Dark Red Angel Of The Night.”

“Please tell me we're not going after Batman again.”

“D-list wackjobs like Q-Ball and the Pool Hall gang are a total joke. I was a super hero. I even fought Deathstroke.”

“Then it must have been one of his off days.”

“She went so insane that she came back to Gotham as another damn super villain and tried to kill us all.”

“One of Batman's shadow soliders.”

“Took an imprint of what's left of her teeth.”

“Gordon crawling up my ass--”

“Not a visual I needed.”

“Just what we need...another new gang.”

“Murdered sidekicks tend to come back from the dead. As super villains.”

“God, this is so Camp Crystal Lake.”

“Those weirdo code names they like so much always sound nuts to me.”

“You keep pulling shrapnel out of super villains, if that's how you really want to squnader yourself.”

“Just a bit of my past trying to crawl out of the gutter.”

“The tights could swing by any time. Batman does have a boat, ya know.”

~
This Blood Is Thick

Batwoman has had lots of other adventures that aren't collected. This ends on a cliffhanger, after this the title runners were forcibly changed by the DC TPTB. Batwoman wants her family made whole once more. There are divided loyalties and desperate battles. Bette was a Teen Titan. The DEO plot.

Batman lurks doing batdickery. Maggie and Kate are engaged. Kate's dad says he has a son. A DEO bitch has a nice prom memory. Bette snots. Robin's dead? Namely Damian. Nobody seems bothered by this, but he came back later. Beth's alive.

Batwoman makes a deal. Nightwing is seen as are Batwoman and Katana. Batman makes Bane his bitch, talk about menace decay. Batman punches Kate in the face. Did he get tired of beating his Robins? This was good. There are doubts about the DEO's sincerity.

“I get to judge your choice of sidekicks.”

“Too dumb to be afraid.”

“You should've stayed down.”

“When Gotham is under siege from Medusa, you're nowhere to be found. But the minute I take down one of your villains, here you are...”

“This is Batman for god's sake. Get her to back down.”

“You abandoned one daughter to become a sociopath.”

“I poisoned my girlfriend for you!”

“The girl with the tragic childhood, a wall of gymnastics trophies, the West Point combat training...”

“Gonna be a reckoning.”

“The murder of Robin has made you paranoid.”

“It'll be weeks before you can keep food down or go without diapers.”

Wolf acts like a 3 year old. The standoff is foiled. A jacket shows up. The orange bimbo and the DA plot. Matthew pants after Maya. Sevvy cracks. Maya and CJ plan. The DA yells. What about Gabe? Matthew is angry. The mancandy fistfights the stalker. This was not good. Things are devoid of consequence.

“Which lie to cover up.”