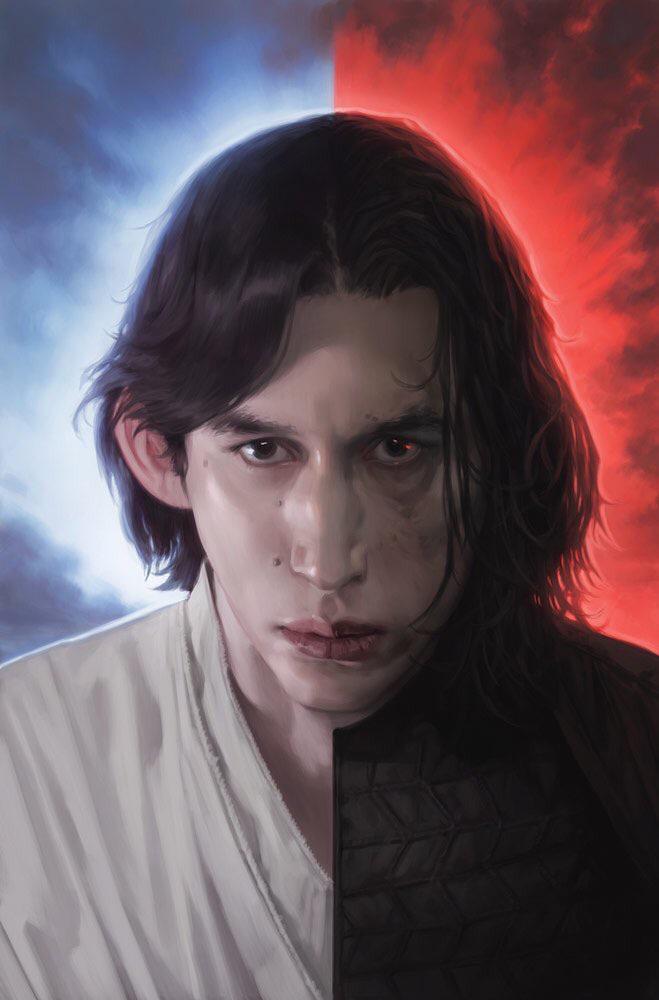 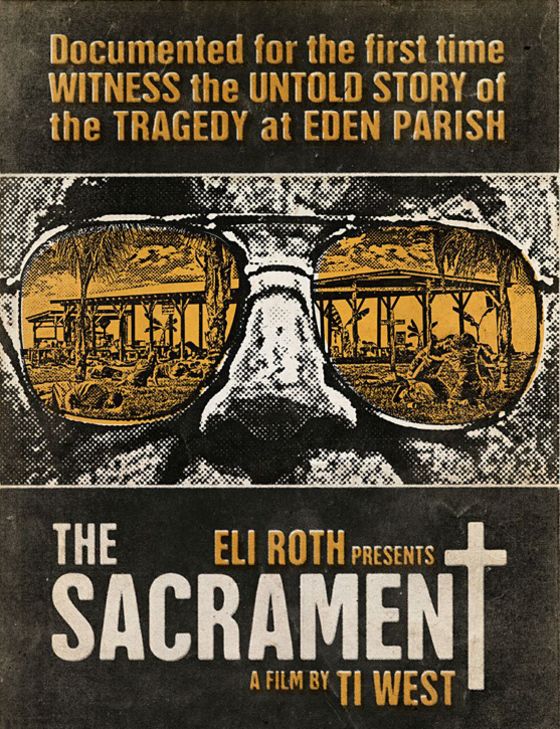 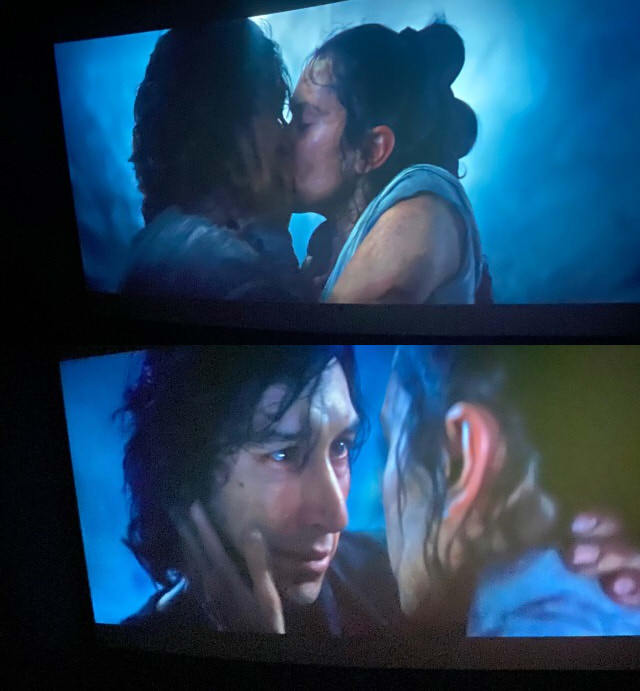 The plagues rage. There is conspiracy and death and violence and exposition. Flashforwards show things get even worse. What is the lighthouse? This was excellent. There are killing tools, no consoling words, unhealthy confrontations and people who feel morally entitled to inflict horror. Peoples bad choices in life and the degree of injury grow people care nothing for the future. There is societal cost and absolutely no mercy and irreparable damage.

There are brutal decisions and a devastating impact and serious escalation. Did the 'good guys' outlive their enemy? A terrible catastrophe is unfolding and I enjoyed this even if it is not especially pleasant. This was insidiously unsettling.

“It's the bio-warfare equivalent of sorched earth.”

“The only thing keeping the rest of the world alive is that hazmat suit.”

“Under control? Good god, there are death carts in the streets of Philadelphia. Actual f**king death carts.”

“They are public hygiene conveyances. Let's be clear on that. Don't use foolish words cribbed from Twitter.”

Who saw 'The Island' or 'From The Earth To The Moon'?

People say the christmas pudding is dying out.

My ex wrecked my dream of the future.

“That's not the version that I remember.”

“I had no front door, it was ripped off and thrown into the street.”

“Hangs out in drug houses.”

“Next great historical hoard will never now be found.”

“If there are any left-”

“The Sussexes think the world is against them.”

“They've never seen humans or been in a car before,”

“But to what future?”

“Not easy being the person coming into another person's life and home when they are used to running it in a certain way.”

“Daily irritants that made resentment build up.”

“Fires have already closed the last road to safety.”

“Resigning from the royal family.”

“Every choice would have a consequence.”

“No undoing the damage.”

“Soon highlight the foolishness of that decision.”

“Hush child, a man from Dublin is speaking.”

“Unable to find a satisfying role in life after he gave up the one he was born to.”

“Took the least belligerent response available to him.”

“Tend to spend their lives about 25 years behind the rest of us.”

“Delighted in small acts of unkindness.”

“Fearing his anger and disapproval.”

“Do you find it difficult to commit to relationships?”

“Do you react badly to criticism?”

“A girl's relationship with her dad can determine her ability to trust,”

“Make bad choices in their lives.”

“Didn't brook any opposition. He demanded total obedience and respect.”

“Voicing opposing views were not tolerated.”

“Influences important decisions we make in our lives.”

“Fear and anger colour her memories of her father.”

“She craved his attention.”

“Living in a state of fear and distrust.”

“Often lost them due to my inability to get emotionally intimate.”

“What needs to happen is societal change.”

A non-rivetingly sad biography of the late actor. He was in 'Highway To Heaven'! There were signs of coming doom and people don't sound fond of the 'Fast & Furious' franchise. Mmmm. I'm unenamoured.

“Spend it easy too.”

“Got chased by the cops together.”

A mean woman is in a post apoc wasteland. Her transport crashes and she is in peril. She has boring flashbacks. This starts out well but rapidly and I mean RAPIDLY goes downhill. Avoid. The ending 'twist' makes zero sense.

This opens in 2010 as DA Maya Travis loses a murder trial. A movie star killed his ex-wife and her friend, allegedly but is acquitted. Maya has a messed up face. There were protestors at the trial. Who killed the ex-wife and her friend? Boxes of evidence were ignored and Maya walks off. 8 years pass and now Maya rides horses in Washington.

Maya has man candy after having something with a coworker named Matthew back in 2010. I cannot get over Maya's jacked up face. She is also orange and now her former co-worker Matthew asks her to come back. The movie star, Sevvy, is suspected of another murder. Robin Tunney of 'The Craft', 'Prison Break', 'Vertical Limit' and 'The Mentalist' and Breckin Meyer and Merrin Dungey star.

Sevvy goes to the funeral of his latest dead woman. Marc Blucas of 'Buffy The Vampire Slayer' plays Maya's cowboy man candy. Maya is still know in LA? Why would they want her near the case? Sevvy (Adewale Akinnvoye-Agbaje of 'Oz' and 'Lost') is English. Robin Givens plays his ex-wife. What has Tunney done to her lips? She is in Lisa Rinna territory! Maya says she is finally happy.

Sevvy has an indeterminate number of children. Marcia Clark created this and co wrote it. Maya's old house has stood empty and touched and still furnished for 8 years. IN LA!?! She has a gun by her bed. There are simmering tensions and how is Sevvy a movie star? He can't act. Sevvy make scenes and has a sleazy fixer named Wolf, no really. And Wolf has wicked intentions.

Does Maya still have an LA law licence? Sevvy never regained his A-list status after his murder trial. He lives off his endorsements. Sevvy talks to the cops and Wolf is intolerable. Sevvy raised his murdered ex-wife's son!?!? Sevvy views Maya as his nemesis and previously was in jail for a year and paid millions to Wolf.

Maya has excitment and hostility. Sevvy didn't have past relationships just ownership. Maya's retaliatory. Who is Alan? Who is the orange bimbo? Maya has no shortage of enemies. They can't get a search warrant. Was Sevvy extremely manipulative and controlling? Maya and her friend CJ aren't friends anymore. Maya has a theory.

There is a media consultant working for Wolf. He also has a stupid name. Blame is apportioned. Maya is bitterly opposed to Sevvy and CJ is bordering on hostile to her ex-bff. Sevvy is a source of rancour. The father of the latest victim rages.

People are ardently loyal to Sevvy. Wolf is in debt and gets battered with a tireiron. Is Sevvy a predator? This was good. Givens plays an ex of Sevvy's who will support him for great big wads of cash – no comment. This was grimly memorable. This show was not widely acclaimed. A storage locker hides secrets. Wolf is infuriating. There is hostile behaviour.

Is Sevvy a particular risk? There is a find. Maya won't leave. The orange bimbo is supplanted by Maya. The search warrant is leaked by the orange bimbo. Sevvy asks his stepson to get rid of something. Ben a friend of the newly murdered woman is named as a suspect by Wolf and bins something. 9 eps to go and I'll be there.

“We all know what verdict to expect today.”

“You did everything you could Maya.”

“I wish that mattered.”

“This time we're going to get him.”

“You don't have friends!”

“It wasn't about the evidence.”

“Only lets women leave him in a pine box.”

“Make up gift for the first big beating.”

“You hooked up with your daughter's roommate?”

“She fights fair. It's always been her weakness.”

“Looking at him for permission to speak.”

“Tear the place down to the studs.”

This was hopelessly inadequate and a failure of the highest order. The Hirogen wreck Voayger as they fight holo Klingons and holo nazis. There was no dire long term consequences for any of this. There are no dramatic or chaotic scenes. This was soul-sapping boredom. This was not even mildly diverting just spectacular mediocrity.

The much-loathed Nelix pretends to be a Klingon. Janeway is increasingly beleaguered. The dreadful ordeal is shrugged off. This was an abject failure. Amrika! This was whimsey, the Hirogen are about as scary as the Kazon. People have all the charisma of a wet weekend.

~
The Wages Of Sin

Eva sees herself as fighting back against the lies. The preacher has had a disastrous effect. Felix's wife bitches. Avi smirks and this was fundamentally irrelevant. The preacher has reserves of calm and the media blacken his name. He's put on a rendition plane which is crashed. This was of no importance or cultural energy.

Rage becomes normalised. Eva conveys concerns. Eva treated the preacher with socrn. The sick girl dies. The preacher is denigrated. However it is no incontrovertible – he is the Messiah. Felix cannot tolerate such misery. A White House guys demystified the Messiah. Eva's angry approach was all because there was an ideology she disagreed with.

This didn't meet my sense of expectation. People dispute aspects. Felix burns down his church. Despite the decline of reputation, you wouldn't want the Messiah coming against you. You won't escape his wrath. Will there be a season 2?

“Brought down a diplomatic plane.”

This was based on a comic series I've never read. Perfectly useless teens discover secrets. I'll forego more eps. No names star. This has dull opening credits. Victor Stein taunts his abused son Chase. Stein is played by an actor I detest. Ugh. The teens have parents into some 'charity'. The parents are creepy. The teens attend a posh school and are former friends.

Chase is a jerk jock. There is a church and people may have superpowers they don't know about. There is drama and chaos and a dinosaur in the basement. Nobody stops an assault until Chase steps in. The teens are tetchy and hang out at Alex's. They are disunited.

The teens have terror at the prospect of returning to the loving arms of their parents. Amy died. Who is Amy? This was not even gratifyingly ludicrous. The teens find a secret passage. They see some Lovecraft stuff in Alex's basement. A stupid kid causes issues. I'm not seeing the concern there – this has no intellectual daring.

“Dad is on the regular.”

“If you were really afraid of me, you'd be getting an A.”

“You used to make fun of kids like them.”

“This is Brentwood not Bethlehem.”

“How long has this been under my house?”

“Longer than your house has been over it.”

“The creep factor just went up.”

This was vapid. This was something very terrible. Where is Bruce when Dick is in peril and a demon is meanacing the world? I hate Jason Todd. Rachel's look changes. The Justice League exist. Jason Todd is a liar and an idiot. There is no compelling narrative. Dick had 2 trackers in him and only found 1? Jason Todd knows about the trackers? Why didn't Dick?

Bruce is creepy. This has a superficial quality. The Titans were never mentioned in season 1 but apparently existed and were disbanded. Hank swears a lot. This was ineffective and inadequate. Dick has to let go of his anger toward Bruce, who does not apologise for his abuse/neglect of Dick. Jason Todd is smacked around by Dick who dislikes him, well everyone does. How did Bruce replace Dick with Jason?!?

The Titans fall to Trigon, Dick was hammered into cynicism by Bruce and the plot is unrestrained by reason. Trigon's real form is seen, 'Angel' did it better over a decade ago. Trigon kills Rachel's mother – nobody cares or notices. There is no mounting anguish that I care about. Thereis no emotional trauma. Trigon is defeated, lord he was a lame baddie. Jason Todd is a jerk.

The distress and misery Bruce caused Dick are ignored. Doesn't Dick have a job? Titans Tower is seen. Dick shrugs off bitter memories. Deathstroke lurks and comes back to work because Jason Todd is a moron. There is mumbling and Dick has to go TO Bruce for a chat. Bruce is an unlikeable presence and he didn't go to Dick just waited for his property to come TO him. At least the Adam West Bruce cared about Burt Ward's Dick.

“Drycleaners asking too many questions about the blood.”

“Made bird sounds too.”

“Wasn't much for subtlety.”

“Dreaming about this since I was 12 years old.”