Monsters attack. There is fighting. There is a cliffhanger to set up the next plot arc. This was abysmal as Sabrina takes on a raging out anger maniac.

“They may not have been wholly innocent.”

A poor bird. A man (Jimmi Simpson) tries to con a pastor (Ben Kingsley). It goes badly. The grifter is in too deep. Jacki Weaver, Kurtwood Smith, Terry O'Quinn and Timothy Spall feature. People act like they are on oxy. I've no idea what is going on or why. This was insufferably weird. This was really really bad and startingly poor. People are slack jawed and dumb and stare like they are on opioids.

“Told people I was bad.”

“Disowned me from my home.”

“Use for my own secret purposes.”

Arthur's dead and people talk about Catherine's dowry. People are grumpy and belligerent. There are no signs of remorse. Catherine is annoyingly smug and arrogant. There is simmering tension and Catherine plots to wed Henry and lies about having sex with Arthur.

The court has irreparably shifted with Arthur's death. Things are deliciously dark and there are grim circumstances. There are dark complex despicable characters. Henry VII and Elizabeth Of York talk about what they had to do to hold the throne. This was dull and one note and boring. Henry's nasty.

There is an inescapable nature of fate. There are bleak developments. Henry vows to marry Catherine. Elizabeth Of York and her child die in a nightmare childbirth as things go dramatically wrong. Will the Poles get lost? They keep riling things up and making things worse and causing a trail of hurt.

“Your condition is an affair of state.”

“What are you playing at?”

“Fought a battle while I was in her womb.”

Batman has absolute glee for beating up bad guys. There is singing and a huge Batcave. Superman and the Justice League are seen. Batman adopts orphan Dick Grayson who becomes Robin. There are disastrous miscalculations. Barbara Gordon replaces her father as police chief.

Dick slides down the Batpole. Batman has irrational hostility to sense. There are homages to all the past Batman movies as well as the 1966 tv show. Superman has a dramatic doorbell chime. Krypto the superdog is seen. This is amusing despite some obvious and significant deficits in terms of logic and consistency.

There are seemingly random events. There is nonsence and this was meaningless. Joker brings baddies out of the Phantom Zone. There are Daleks. Batman is incomprehensibly dumb as immense damage is done. This was ridiculous and deprived of meaning. 'Suicide Squad' is mocked. The extremely disturbed Joker takes over the Batcave. Batman has vainglory and incurs chaos. Tensions are generated. Robin is cute and eager to be a sidekick. Batgirl shows up and this was okay.

“The house that Batman built.”

“I don't feel anything emotionally except rage 24/7.”

“Most crime ridden city in the world.”

“He always stops you.”

“Like that time with the parade and the Prince music?”

“All the C grade villains.”

“This music is filling me with rage. Let's use it!”

In a used future, a father and daughter are on a job. I could care elss.

This was grim and ugly and causes no miserable excitment. Troian Bellisatio stars in this remake. There was genuinely horrdenous violence and no complexity or nunace. This was absurdly misconceived. There are secrets and revenge and unnecessary brutal and sustained violence.

“Not sure enough to do this.”

'In The Tall Grass' trailer

“This field doesn't make any sense.”

'In The Shadow Of The Moon' trailer

A kid has powers.

What is geo-thermal piping?

There is be ANOTHER 'Battlestar Galactica' reboot?!?

'Escape To The Chateau' Quotes:

“Our level of ambition for that future relationship.”

“Not knowing how people are going to react.”

“Ethos of service to others.”

“Fearful of her father.”

“Lived in a tent in my backyard.”

~
On 'Hollyoaks': Ste's been involved in a domestic terrorist bombing and TPTB want us to feel sorry for HIM!?!?!?! Ste engaged in extreme provocation and conspicious loyalty to his thug mates after a highly charged troubling incident. Ste has a test of obedience and no sense.

Yaz is now deaf. Chester is in a moral panic. One of Stuart's lackeys, Dave, is tossed under the bus and is in grim place. Poor gorked out Dave takes the fall. Ste has led a problematic life. Ste, Stuart and Jonny get released!?!?! Ste obeys unreasonable demands. Ste wails and wants pity, you're not getting any.

“Realised it all too late.”

“Move on to the next moral crusade.”

The Testaments by Margaret Atwood

This long awaited sequel sees the puritan theocracy is about to fall. 'The Handmaid's Tale' left hanging the fates of Luke, Offred, Nick, Moira, Serena Joy and Janine. This book reveals some of their fates. The fact cod was extinct isn't mentioned nor are all the STDs. The internet exists in this sequel.

This sequel reveals how Gilead's extremist ideology and moral indifference was brought down. The original was doom-laden, toxic and compelling. 'The Handmaid's Tale' had terrifying intensity and nightmarish clasustrophobia. This is told through 3 testimonies. One of them is Aunt Lydia who shows what can be done through sheer force of will.

This is very good with a fearsome credibility. There is rebellion in the Gilead regime against the right order of things. The Commanders iron grip on power begins to slip. The Commanders have done immeasurable damage with impressive savagery and young women who've grown up with the regime don't even know it is cruel.

Despite Gilead's high moral tone, the role of a Wife is not sacrosant. Many Wives can be got rid of. And despite religion being its unifying purpose, nobody ever goes to church. Gilead is not an easy place to be. We see how Aunt Lydia became a commanding presence and earned her fearsome reputation and how she is unrepentant.

We see how a generation of girls who grew up under Gilead view marriage, Handmaids, husbands and fathers. No Commander seems well-intentioned. What do Commanders do? It's still not clear. Wives and daughters can be outsiders in their own homes despite desperate eagerness to please unpleasable men. Gilead is historically damaging, full of petty retaliatory feuds and cold amusement.

Tensions run high as Gilead fades into history. What does that mean for the women and children rasied in servility? There is hidden vitriolic fury and rational judgment. It's a generational catastrophe and a malignant culture. People are unreasonable and we see how a commander sought to obtain Aunt Lydia's loyalty through transformative force.

Women are grimly determined to bring down Gilead. Acts in Gilead are not the most sane or plausible. There is the ever present threat of violence in this dystopian autocracy. Things can get expositional admid the frightening prescience and monstrous influence of Commanders who bode no good.

There are dark impulses, social disintergration and a profound commitment to fortuitous events. What about the fancily named cars? Gilead gets converts, as Pearl Girls are sent out to bring home converts. The converts must have an idealistic notion of Gilead. The people of Gilead are afraid of the outside world and live in fear of their rulers. Parts of the US remain unconquered. This is a sad wistful account of a terrible terrible place.

Women who fail to know their place in Gilead or do what they're told or show due deference will be met with grave consequences and affronted superiority. This book and its predessor have continued relevance. There are true believers who have unflinching commitment. Gilead has endless suspicion and soul crushing servitude and a dark emotional legacy and ideological misuse.

What'll be the consequences of the fall of Gilead and children realising that the people in whose care they'd been entrusted aren't their parents and do not always wish them well and that they live in a system undermining their ability to make the right choices? This has terrifying significance and can eschew nuance. In the final chapter, the Gilead scholars don't know Offred is the mother of the sisters? What became of the Colonies?

“Moulded in an age before Gilead,”

“The collapse of Gilead.”

“Much of the past sinks into the ocean of time to be drowned forever;”

“Bent on destroying any records that might conflict with their own.”

“World was emptying itself of menaing.”

“Achieve goals known only to themselves.”

“She'd lasted a compatatively long time for a Judd Wife.”

“I wonder what Judd had been putting in her soup.”

“Door-opening is a Martha's job.”

“Newly arrived from a degenerate culture.”

“But many of us would rather not be who we are.”

“You could trigger a denunciation, even for something so minor.”

“Defy those set in Divine Authority over her.”

“Many of our most respected younger Wives, who are the biological progency of Handmaids.”

“I detect the symptoms of an imminent purge:”

“A girl your age would never travel unaccompanied.”

“She'd discovered him and turned him in, as was her duty.” 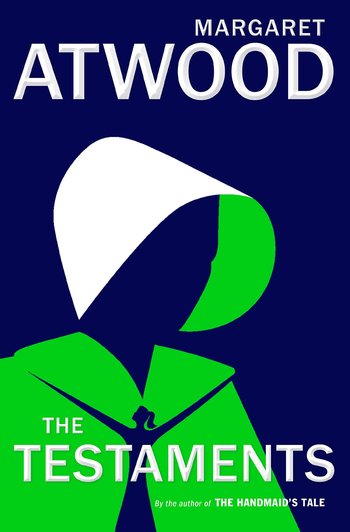