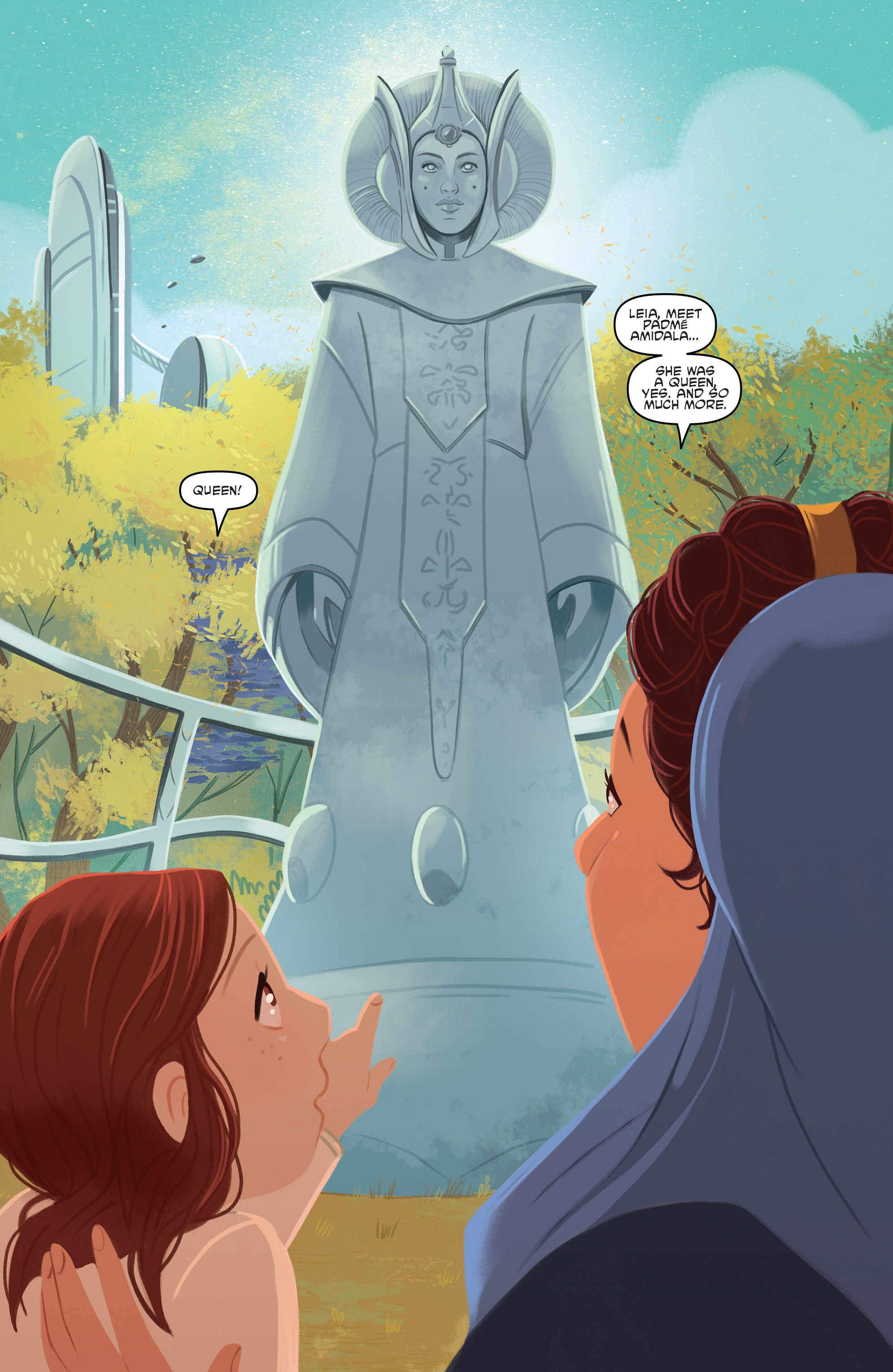 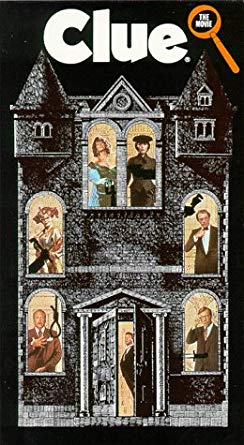 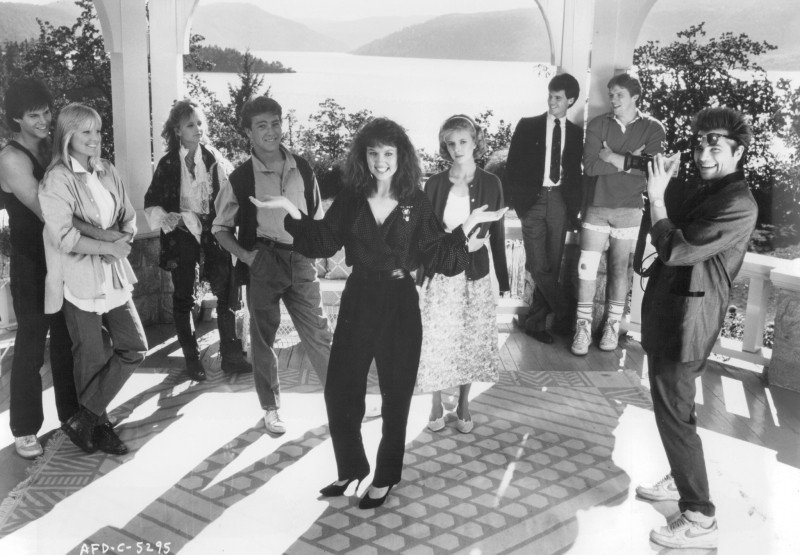 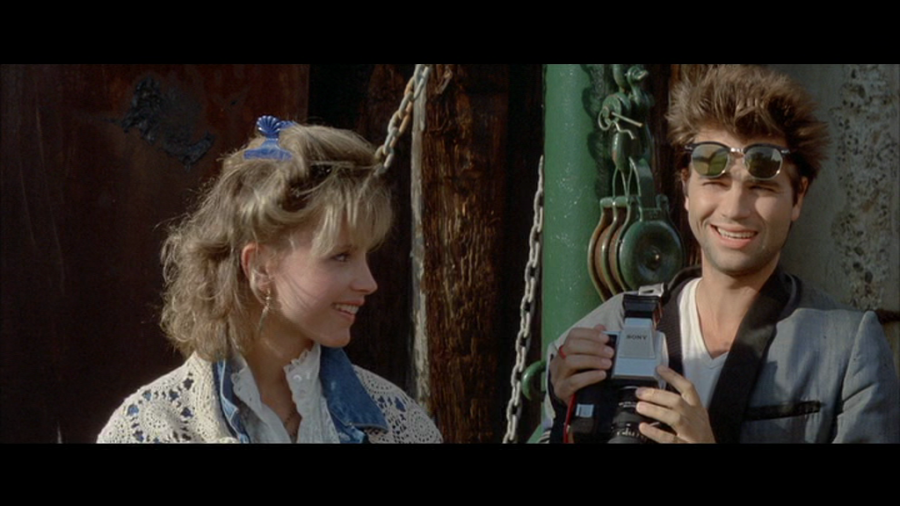 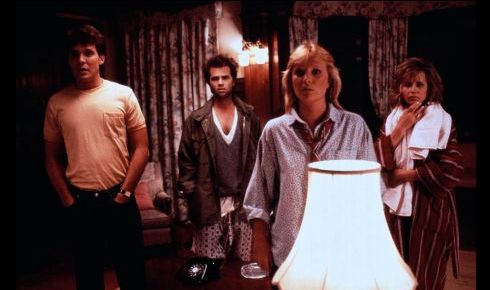 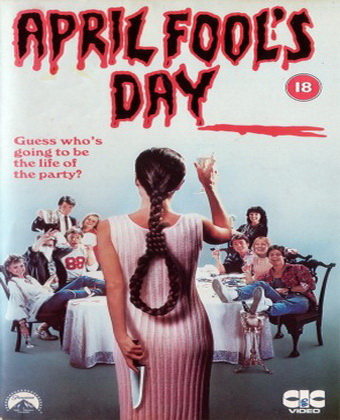 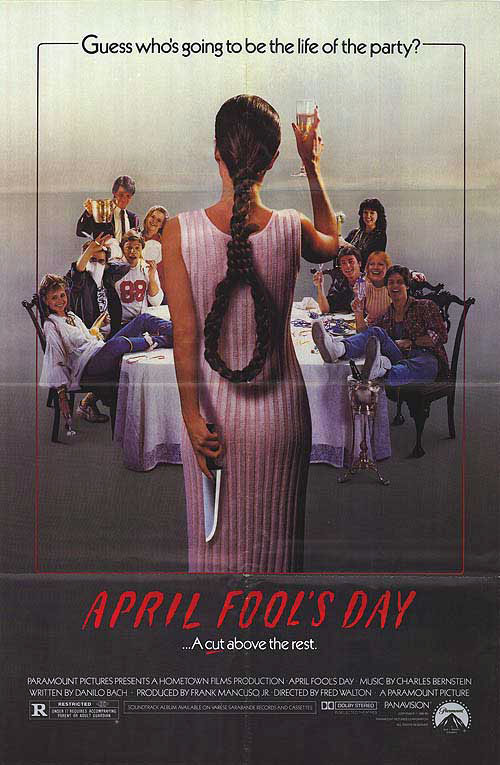 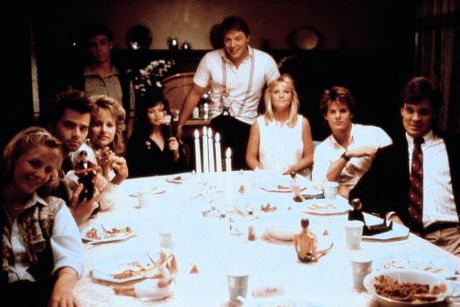 “All I have are negative thoughts.”

Nic Cage is doing Lovecraft's 'The Colour Out Of Space'!

“An angry female entity really has been summoned in the school toilets.”

“The car did indeed, get away.”

“Walked into an Agatha moment.”

“Peed all over the floor. At the least.”

“Batter the living daylights out of the man.”

“Take me away from this man.”

“You no longer have the right to think.”

“Sliced bread is an abomination.”

“Sort out the orginal thinkers from the looters.”

“Unusual to put it politely.”

“Legislate away that possibility.”

“Nothing will ever grow back here.”

“Became a social pariah. He had a really awful time.”

“1990s Australia where a cricketer with a dad bod, frosted blonde tips and a penchant for chain smoking was seen as a peak athlete performance.”

“An object for their fun.”

“We were asked to leave and he wasn't.”

“Nothing terrifies an Irish person more than crying and giving an honest answer.”

“Has every reason to hate him.”

“Response to my complaint was to ask if there was a young person in the house who could help me navigate the website.”

“Something is wrong in our theories.”

“Never seen again on you.”

“Teaching children how to line up, sit down and all those social norms.”

“What will she be stepping down from?”

“Prepared to fight someone.”

“Fell through his closet floor.”

“They had lived long before that man was nailed to a cross. They still lived.”

“Which was as far as the psychiatrist got, because Jason had lost his temper and thrown an ashtray at him.”

“I have a certain professional standing which necessarily excludes the existence of giant hairy apes in the great north woods.”

“In full view of whoever cared to look out a window.”

“He threw a rattler at me.”

“Began surrendering in droves. Out of fear of him.”

“Make it their nightmare.”

“What are you going to do? Threaten to give Ganza a throat culture?”

~
On 'Hollyoaks: Leela the town bike wears an orange plastic miniskirt. Darren is a terrible human being. How many people have died in Chester under quite mysterious cirumstances? Breda killed Tony, the only remaining original cast member. He dies in the rain and sees ghost Harry and has flashbacks and a cover of 'Goodbye Yellow Brick Road' plays.

Til Death Do Us Part

Kai Winn shows up and gets a message. Worf and Ezri are trapped. Damar drinks. There is callous regard. Worf is punch happy. Winn and Dukat make out, which is a depraved abomination. They clearly mean bad bad business. The psychotically manipulative Winn does not recognise Dukat? Sisko marries Kasidy. The Breen join the Dominion. Cue dire consequences. This was demoralising. There are resolute conversations in this absolute disgrace.

“No one has ever seen one and lived to speak of it.”

“Cannot change what is to come.”

Damar is shocked at the alliance between the Breen and the Dominion. Martok recounts how his awful wife let his pet targ run away. Ezri is hateful. Worf kills a Weyoun, Damar thinks this is hilarious. Winn decides to serve the pagh-wraiths after the prophets reject her. Kira gives Winn advice that she ignores. Worf and Ezri realise their hookup was an error. Jeffrey Combs way overacts as Weyoun. Damar is sick of the Dominion and Weyoun and lets Worf and Ezri go. This was iffy.

“Erased from the face of the galaxy.”

~
Diamonds In The Sky

Other people are trapped on the planet and there is a chicken. Nobody has commanding confidence on their struggle bus. The mother was planning to abandon her husband to rot on Earth - there is no forgiveness for her. There is no bitter despair or certain disquiet in this ineffectual ep.

We see a Bill Mumy photo. The fake Dr Smith lies. People are rightly indignant. Survival requires a degree of unity that has proved beyond them. There are reckless acts and profoundly risky situations. Their robot has a secret. There is no intellectual ethos. The mother is insufferably cocky. The chicken is along for the ride. Someone else survived.

Penny is ignored. The mother is a bitch. Who manufactured this crisis? The mother has a tenuous grip on morality. She needs a slap. The mother annoys in unrelenting fashion and dismisses the father. Judy annoys.

The mother is increasingly intolerant and has scornful mistrust. I've a great aversion to her. The robot is seen as a saviour. Nobody is socially responsible. The Han Solo of the show Han Solo's. Unfortunate consequences will unfold. Who or what paid for the Resolute and all the Jupiters? A Chariot is driven.

The mother has toxicity and is dark and disturbing. This was not brilliant with structure or formatting. This was not raw or intense. Penny assembles and drives the Chariot. There are no pivotal moments. The alien ship is explored and we see a map.

Will realises the robot attacked the Resolute and keeps it a secret. Thus proving why it was right he was rejected for the colony ship. Where did they get goggles? What is the fake Dr Smith up to? The fake Dr Smith abandons two people to die to save herself. How did Will and co walk so far that Penny has to keep on driving and driving to find them? It rains diamonds. What fuels the Chariot? Parker Posey of 'Blade Trinity' is the fake Dr Smith.

“Make sure nobody has to bury us.”

“You're a good man even if you wish you weren't.”

“The sand is sharp as diamonds. Might even be diamonds.”

“I can't believe people pay people for that.”

“What galaxy is this?”

This ESPN documentary about pro wrestling legend Ric Flair was okay. The men look old as his origin as a foundling in an horrific orphanage is revealed as is his wrestling career, multiple marriages, ignored children and family tragedy and triumph.

“Worse than it was the fiest time.”

A good documentary about the baseball steroid scandal that convulsed America. A guy who fixed tanning beds played a big part in a steroid racket. There are re-enactments with kids. Tony a self proclaimed expert/doctor was hugely involved in the roids business. Baseball is big in Florida and Tony went to medical school is Belize.

There is talk of the anti-aging business and how Florida is full of frauds and fake doctors. There is a mention of the 1994 baseball strike. George W Bush bad mouthed roid users and there is talk of microdosing. People have stupidity and make fundamental misjudgments. The DEA got involved and business boomed, even high school students wanted roids. There was sleaze.

The Situation from 'Jersey Shore' was involved. A sucker whines. There were murderous tanning wars. There is no grit or nunace. This was tremendously enjoyable. There was theft and rationale was lacking. People mention Pete Rose who was banned from the MLB for life for gambling.

The makers of this do not like A-Rod. People end up in thankless plights and there was media exposure and talk of PEDs. People feared for their lives and talk of fraud and particularly negative events.

“Ended up here after running into some legal trouble.”

“Always looking for a friend.”

“Hiding in the bushes.”

“Florida: the penis of America!”

“People who pretended to be doctors.”

“Rent out their perscription pads.”

“On the ground looking for a vial of blood.”

“The price I eventually paid.”

“Have no friends in this situation.”

“Felt like Ray Liotta at the end of 'Goodfellas'.”

2 women seperated by time, face ruthless pursuit by a menacing character in this 1996 horror. Ellen is dying of a mystery illness. She has no viable future. What is slowly killing her? Can Ellen escape what is being viciously inflicted on her? There are ice cold threats, a historical diary, unimaginable deeds, a monster who bears great malice and has an uncompromising stance and absolute rage and who is seeped in legend.

A boy once had an odd experience in a graveyard, no one suspects molestation. There is a mention of 'Mizz' and 'Just Seventeen'. This comes to an unsettling conclusion. The unnamed cemetary near the grandmother's house is obviously Highgate. Mention is made of the 1970s vampire scare that took place there.

People watch videotapes. Why is one character's ethnicity so obsessed over? Still this was ruthlessly efficient at 199 pages. This is a tale of a monster with unchallenged supremacy who does not merely want but needs. This shows the badness of his character.

A fateful encounter is about to take place, as a fearfully menacing deluded undead psychopath who is actively unpleasant gets got. This was good as people accept the creeping notion that the impossible is possible.

“They hadn't been opened in thirty years.”

“Stuff that had been banished from the rest of the house.”

“Her word was not to be believed.”

“Driving a stake though the heart is not as easy as it looks in the movies.”

“On this night no stranger would be welcome,”

“Cursed be he who looks inside.”

“Get on home, the pair of yer. Don't you know there's a maniac about?”

“Time and again they were beaten back, at terrible cost, until at last they came no more.”

“To know friendship and then have it withdrawn.” 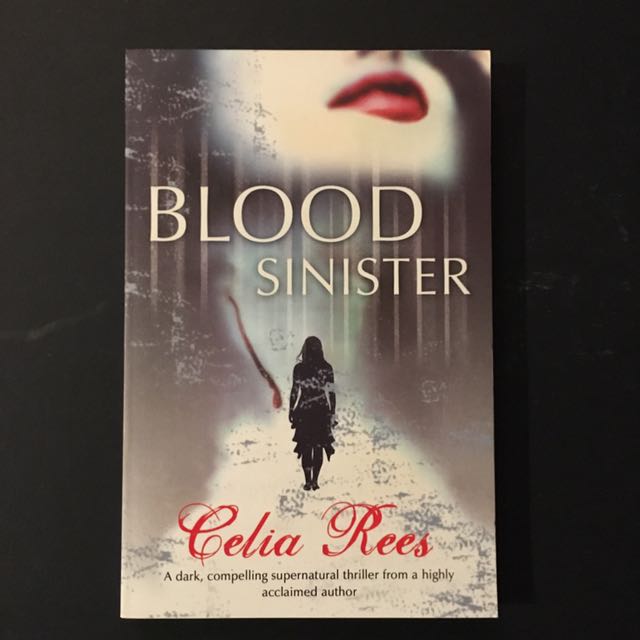 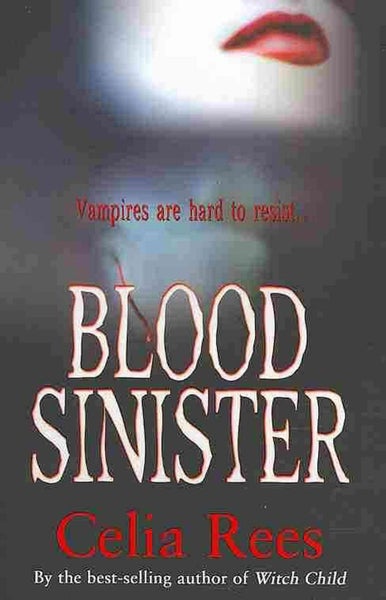 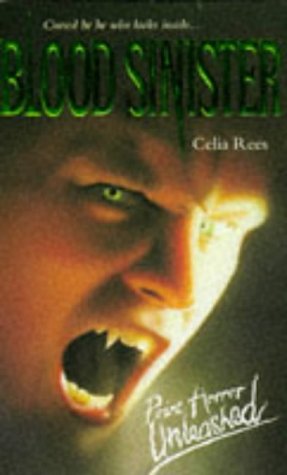 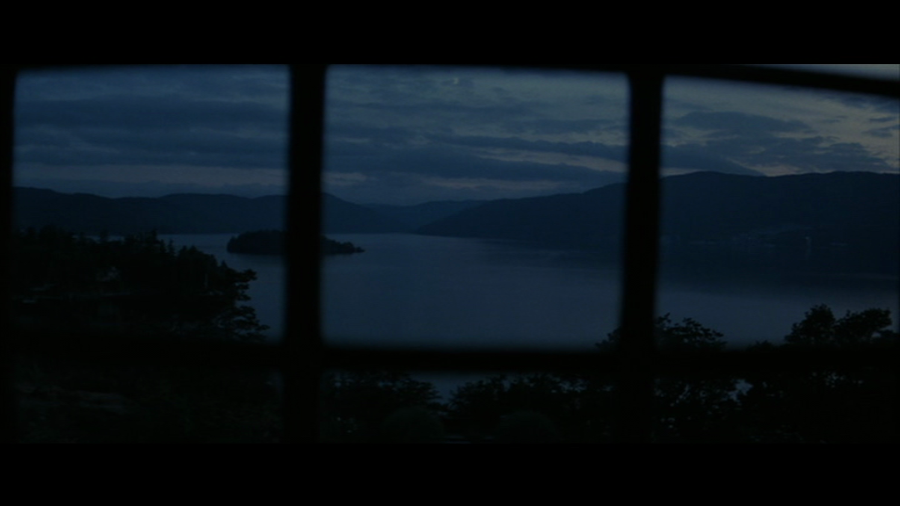 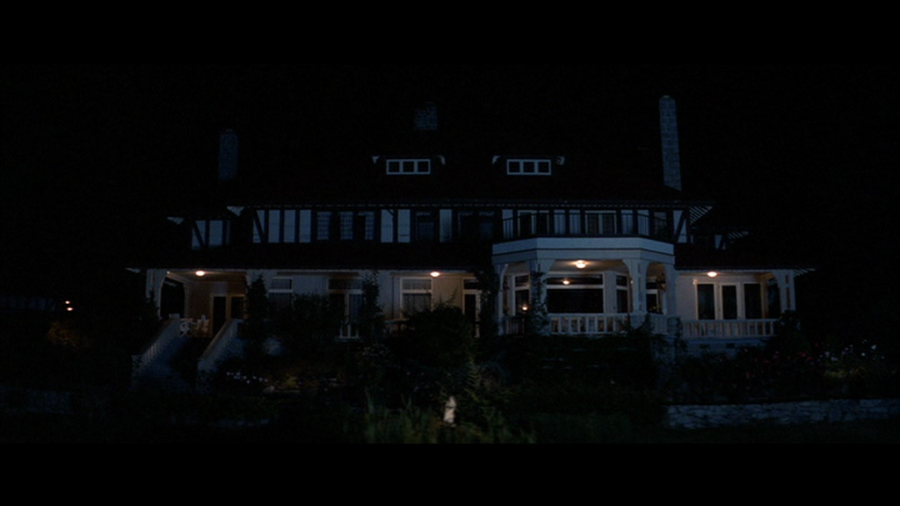