2 criminals break into a house. Nasty things happen. Kyra Sedgwick is in this. There is duct tape.

“Little girl you got chained up in the basement.”

“Wish you never went down those stairs.”

Ian Ziering v zombies. Fear the surfing dead. There is blueness, an RPG, blood and chomping.

I'd try a dark chocolate mousse with cherries and honeycomb. I'd try walnut icecream.

Parklets are a thing?

2 of the reboot 'Star Trek' novels are FINALLY being published in 2020! TEN YEARS after the original publication date.

I'm looking forward to 'Crisis On Infinite Earths' mostly to see Burt Ward the Dick Grayson/Robin of the 1966 'Batman' 50 years on from unhinged loner Bruce Wayne garbing him in hot pants and elf boots to wrestle the underclass.

I want to go to Kebab Queen.

I want a black camisole, a hound's tooth check blazer and skirt, a ribknit dress and a wool dress and pencil skirt.

There are vegan chips and milkshakes?

“Took issue with public remarks she made.”

“All the traffic was people going the other way.”

“Inferior in your own country.”

“Emotions are raw, high and expressed.”

“Science, knowledge and expertise are increasingly mocked while ignorance is lauded.”

“No tradition, ever, of democracy.”

“Had a darkness in him that was quite frightening.”

“People's lives were ruined by those claims.”

“They wanted us to see that they had them.”

“The world repeatedly fails to meet her high standards,”

“Her own parents who regularly stop speaking to her-”

“The time she joined a local book club, prompting an exodus of other members and an angry response in the letters page.”

“Accept the state of being an outcast.”

“His concerns about the direction of soceity feel more justified than paranoid.”

“Displaced the ducks and waterhens.”

“Can also defecate at improbable angles.”

“What comes out their rear end.”

“Stop the teachers from escaping.”

“Did you ever kill anyone?”

“What's he doing creeping round the streets at this time of night?”

“Not quite the master race they think.”

“These are unhealthy times.”

“Nothing redeemable in myself.”

“Everyone is there to critique.”

“Find a better wife, to set aside that light hearted harlot.”

“Hated any kind of manipulation unless he was doing it.”

“Chosen target of a capricious and vengedul fate.”

“Identified that person as a threat to the company.”

“Pictured himself as the hero in his own narrative.”

“Couldn't see the literal writing on the wall.”

“Filled with violent children whom teachers ahve given up on.”

“Society has basically given up on them.”

“No confidence or ambition.”

“What has this guy offered you except for strife?”

“Alcholism is rife, something immediately apparent when walking through Nuuk's town centre.”

“Much of their property was sold, stolen or eaten by ants.”

“Not been entirely conciliatory.”

“Dreadful work going on inside.”

“Narrative can ossify into received wisdom.”

“Went mad and started thinking his bathtub was full of fish.”

“Walked east behind a miraculous goose and a nanny-goat.”

“Strains too hard for grandeur.” 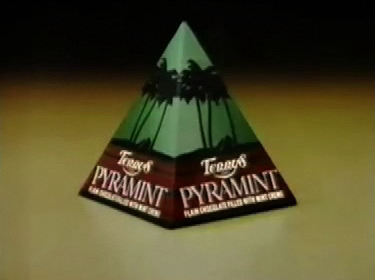 The Queen's Promise by Lyn Andrews

This 2012 novel tells of the most infamous woman of her age and the man who would love her for all time. This has a terrible cover with Anne Boleyn's lips caked in photoshopped on lipgloss. There is also lace in Tudor England, use of the word Catholic, only 2 mentions of Cromwell, Henry Percy is a wet rage and his former squire is BFF's with Robert Aske.

Henry Percy is a bookish invalid who is generous to those who have wronged him. Anne Boleyn is utterly adored by him and King Henry VIII but their utter adoration doesn't last. There is terrible revenge by various people and Percy is a ruined man for life due to his ill health, loss of Anne and his failed marriage to a harpy.

There is exposition but this is hlafway decent. Anne Boleyn is largely dreadful as she displays hauteur and predatory manipulative behaviour and corrupt dominance. Henry VIII isn't in this book but his presence is felt. Anne Boleyn is got rid off when Henry VIII realises marrying her literally solved none of his problems and probably created more.

“A future that stretched bleakly ahead of him.”

“I was not fully aware how matters stood.”

“Determination that you shall have neither her husband nor her crown. And she has the support of the people, which you do not.”

“Risk death at this hand.”

“Sight fixed implacably on a crown.”

“Events long past and scarce recalled.”

“Would take herslef off to some distant house and remain there indefinitely.”

“Be way in your dealings with him.”

“Never to know peace within his home and family?”

“Wish to see her cast down.”

“Seeking to placate and soothe her.”

“Honoured as if she were a virtuous woman.”

“Devoid of grace, wit or personality.”

Kaya Scodelario and Barry Pepper are trapped in the crawlspace of a flooding house in a category 5 hurriance. They are mauled by alligators and fight to survive. They shake off injuries, broken bones, blood loss and water you'd probably get sepsis from by just looking at. There is fleeting joy in this general stupidity that is lively mediocrity that has half considered logic and improbable motivators.

Katharine McPhee or 'Smash' stars in this hysterical true story.

Another reboot/sequel. Ellen Page, Diego Luna, Nina Dobrev, James Norton and Kiefer Sutherland star. One watches this without enthusiasm and with disinterest. Long haired med students have ill-concealed desperation, emotional displays and sleaze. People have excruciating sincerity and tedious self-absorption. There is a useful unused hospital and this was proudly unoriginal. NDEs are explored, again. This was luridly daft and it is staggering banality that is sheer daftness.

The characters have careless complacency. This was nonsense. The students put themselves under with propofol. Sense is openly repudiated. People are wilfully ignorant. What the hell is Luna saying? Things are seen. There is joylessness and no intellectual rigour. There are catalysing events and one has no incentive to care. One is tired of intolerable remakes. There are altercations and clubbing in this malevolent concoction. Darker destructive forces are unleashed. Yeah. And?

“What happens to us after we die?”

“I'm not helping you kill yourself.”

“Then you can stand by the door and make sure no one comes in.”

“You're all pretty stupid.”

“Whatever threats you make.”

A deadly horrific disease rages in Mexico. There is body horror. People investigate a cave. People are hostile or indifferent or wilfully ignoring the calamity. One doesn't really like the characters much. A theocratic fascist is specifically hostile and says others have no right to choose, question or challenge his choices.

This was horribly fascinating. Doom is their due. Sad creeps are unsmiling bitter hardasses. The disease is unremittingly appalling. There is creeping doom, a wholly disgusting illness, cold hostility and sullen, discontented, dour, resentful people who are poisonous presences. This is a tumultous time.

People have vicious spite and loud belligerent tones. There is oily gloom, a mysterious face, mysterious wall art, guerillas and a monster. There is no context or meaning just social hypocisy, despicable people and mythic significance. There is a vicious clash. I have one question: what is the pink stuff in the buckets? I enjoyed this. The characters are unlikely to ever find welcome in the cave as it is full of portents of doom.

“Thing is, there is no cave at site 17. At least not until three days ago.”

“Before breathing is a concern.”

The sick go somewhere. There is unexplained blood, pink blood. The cave ecosystem has secrets. What is the yhog-raa? There is grossness and a possible alien spaceship. This was good. A dude has chronic screeching and violent rage and flagrantly bad behaviour.

“They're not afraid of the light!”

“I summoned my cosmic horror.”

They're All Confessions/This Is Not A Date

This is based on a novel? Ropey acting, manpain and characters with stupid names fill this show. Sherilyn Fenn plays a grandmother! This has pretensions of depth. There is a child custody battle. Auburn (stupid name) does not have custody of her own son. This was soap, but not good soap. 'Savannah' was better.