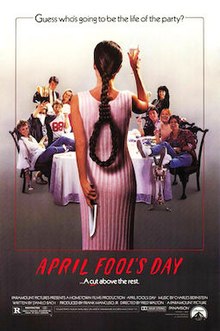 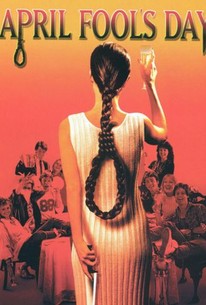 Lawyers show up. The FBI don't listen to sense. Janet Reno is lied to. The FBI attack the group with banned CS gas, the use of which is a WAR CRIME. The FBI drive tanks all over the property and attack the group's home. The women and children hide in the vault from the assault and end up trapped when the FBI's tanks damage the building. They're trapped and then the FBI use CS gas on them. They all die due to being unable to escape thanks to the FBI. Rachel dies. The imbecilic FBI don't care and keep on lying about the group. The FBI were yelling at the group to come on out when the building was on fire and they couldn't get out. A man saves himself and leaves his wife to die. This was enraging. This was okay and the FBI keep on lying and would never believe David.

“You're doing wrong by god.”

“Why isn't anyone coming out?”

The cop's former fiancee berates her for being angry that her BBF stole him from her. People talk about wormholes and aliens. This was dull. Josh Dallas' daughter doesn't know him anymore and his wife is a cheater. Someone in jail rants. The moppet whines. How did a child afford to pay for a storage unit for 5 years?!? Or did the mother's 'friend' pay for it? Dallas beats up a teen. The cop confronts the slut BBF an ends up comforting the slut. Dallas confronts his slut wife. This was sap. Someone is killed off. This sucked and blew.

“God's not good enough for you?”

Pile Of Bones: A Novel Of The Parallel Parks by Bailey Cunningham

This is by Jes Battis, using a pen name. It drops you right into the action with no explanations given. A park is actually a doorway to another world. 3 grad students who never seem to sleep regularly cross over and have adventures in the city of Anfractus, which seems like ancient Rome but with magic.

It's all harmless fun or is it? The boundary between worlds blurs and plots in Anfractus spill over bloodily into the real world. This was good. But so much is unanswered. People keep referring to the rules of the park. Who made them? How do you learn them? How did they cross over first? How many citizens of Anfractus are from the real world? What is Anfractus? There is civil disobedience, utterly destructive people, serious moral issues and the LARP is far more threatening than you realise.

The LARP will have consequences. How many people know of the park? Is one character's child special ed? The LARP seems about to end in disaster. Why do people seem willing to give up their real lives to live in a LARP? Or is it a LARP? The unemployable grad students face unpleasant incidents and their delusions are punctured. Roll on books 2&3.

“I'll say that you're my idiot brother and I've just dragged you down from a ditch somewhere.”

“Our students often do. They outgrow us and decide that we no longer deserve our position.”

“I don't like it there at night. The ducks get angry.”

“We each cast a shadow that stretches from one side of the park to the other.”

“A magnet for chaos.”

“Not every park leads to another world, but some do.”

“Your arsenal is from eBay.”

“A ruling class whose beginnings could no longer be traced with any kind of certainty.”

“Are we all playing some kind of extreme RPG?”

“Life that was nearly theirs.”

Dick has longer hair and they're a superhero team now.

“No sidekicks in Titans!”

Who saw 'This Boy's Life', 'The Wedding Planner', 'Destiny Turns On The Radio', 'Witch Bitch' or 'Wrestling Ernest Hemingway'?

I thought about watching 'Project Blue Book' but decided against it due to it starring two actors who I really can't stand.

There will be an 'Event Horizon' tv show?

What is my ex treating with with such disrespect? He just severed communication. My ex gradually lost interest in me.

“How distant was that past?”

“Mostly refused to learn it, and deeply resented it.”

“Backed into your own bedroom.”

“Your bedroom has to be your ecosystem.”

“Left you with a laptop in your room on your own.”

“Every top looks indecent no matter what.”

“Fought several wars over the matter.”

“Failure to address any of their grievances.”

“Another crisis is imminent as nothing has changed.”

“Life that he feels unequal to.”

“Incorrigible tendency to present the latest shift in liberal thinking as self-evident truth.”

“Their marriages, births and fashion chocies appear to be a source of excitment and conversation.”

“An organisation to which only blood, matrimony or a solid crack at usurpation can gain you entry.”

“A breach of trust.”

“An agenda pressing in on them.”

“Do not know where the organism came from.”

“Rather die hot than live ugly.”

“Rejected from even the loser group.”

“Got rejected for so many years.”

“Kicking down the door to the audition room.”

“Morning classes interfered with his hangovers.”

“Fortuna sometimes dropped a small blessing at your feet, and if you ignored it, she turned away from you forever.”

“What's going on? Have you all joined a cult?”

“Could ducks sense evil? Was that a thing?”

“Terrible, evil thing to do.”

“You see the parallel I'm trying to draw?”

“I want my son not the spiteful imposter in that Taelon graveyard.”

This terrible tv movie sees Cybill Shepherd and John Heard make the reasonable assumption that a 'ghetto' teen in a headband is their stolen baby all grown up. The teen is an angry violent thug who intimidates his pregnant birth mother. This deserves cultural oblivion.

Inspired by the forgotten tv show, this sees weirdness on a remote island. There are hormones causing issues and this was not brilliantly silly. This was completely unmemorable. There is a Castle Rock mention. There are distinctly quesitonable attiudes and this was grossly inadequate.

Charlie Sheen and Leslie Caron prance in this take on 'Heidi' in which Heidi is all grown up, WW1 looms and Peter The Goat Boy is played by Sheen. No comment.

A woman is wrongly accused of attempted murder. Danica McKellar, Fred Dryer, Robert David Hall, Dina Meyer and Claudia Christian star. Her sleazy husband ditches her and the 1995 tv movie with the same name was better. This was infernally annoying and staggeringly awful.

“I can't believe you're not standing by my side!”

Faye Dunaway and Tommy Lee Jones stars. A photographer has visions of murder. This is full of hideous 1970s grossness. There is wild overacting and OTT music.

Larry Hagman and Patrick Duffy star in this tv movie which was undone by the events of the reboot tv show. Linda Gray and Omri Katz and George Kennedy also feature as do Audrey Landers and Tracy Scoggins. An ill wind blows JR back into town. Lines are shouted. The kid from 'Dream On' plays Bobby's son in this version of the character. JR fakes his death. This was laughably melodramatic. JR has a woman locked up in a loony bin and gaslights and abuses women. This was subpar 'Melrose Place' soap.