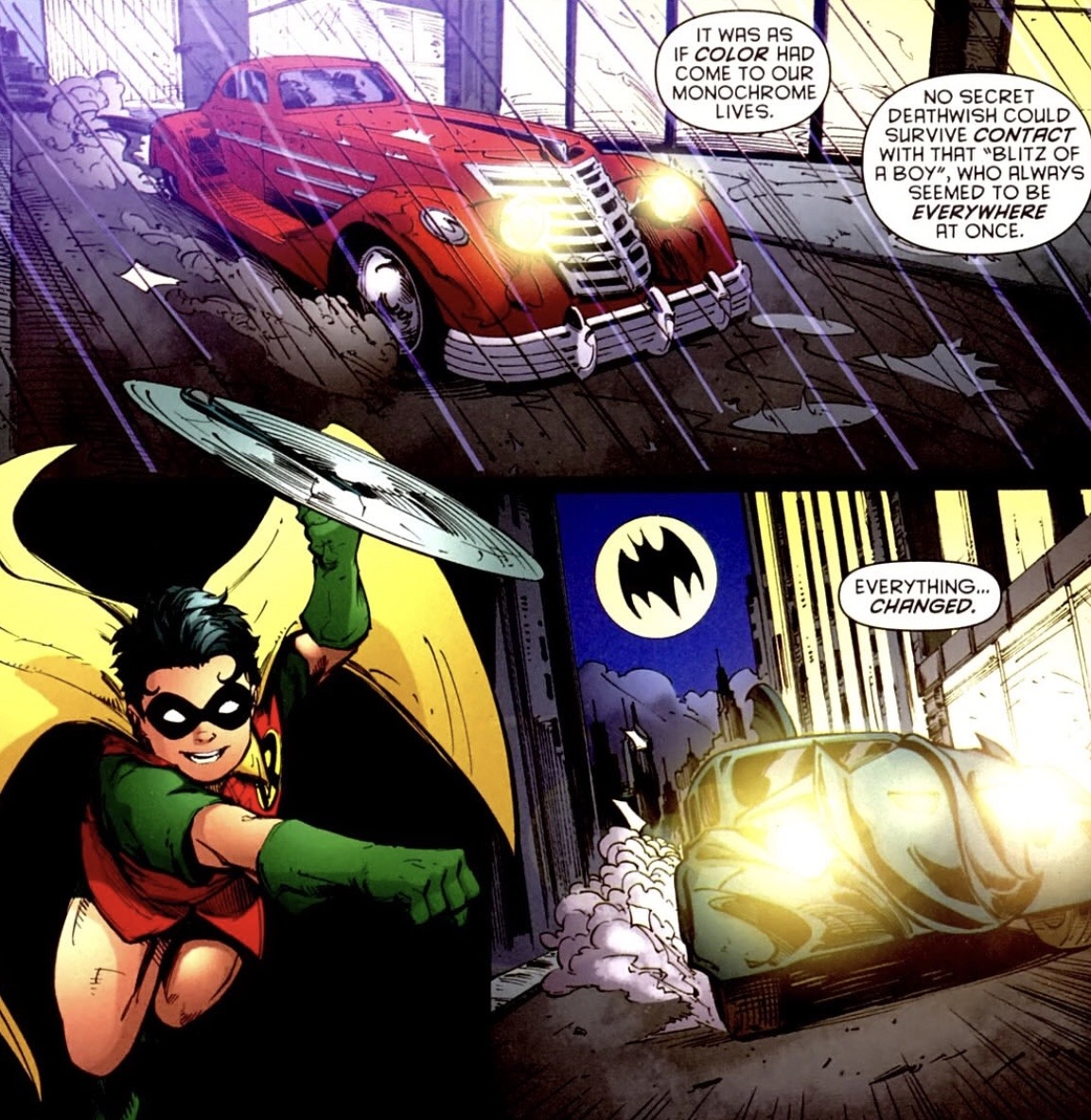 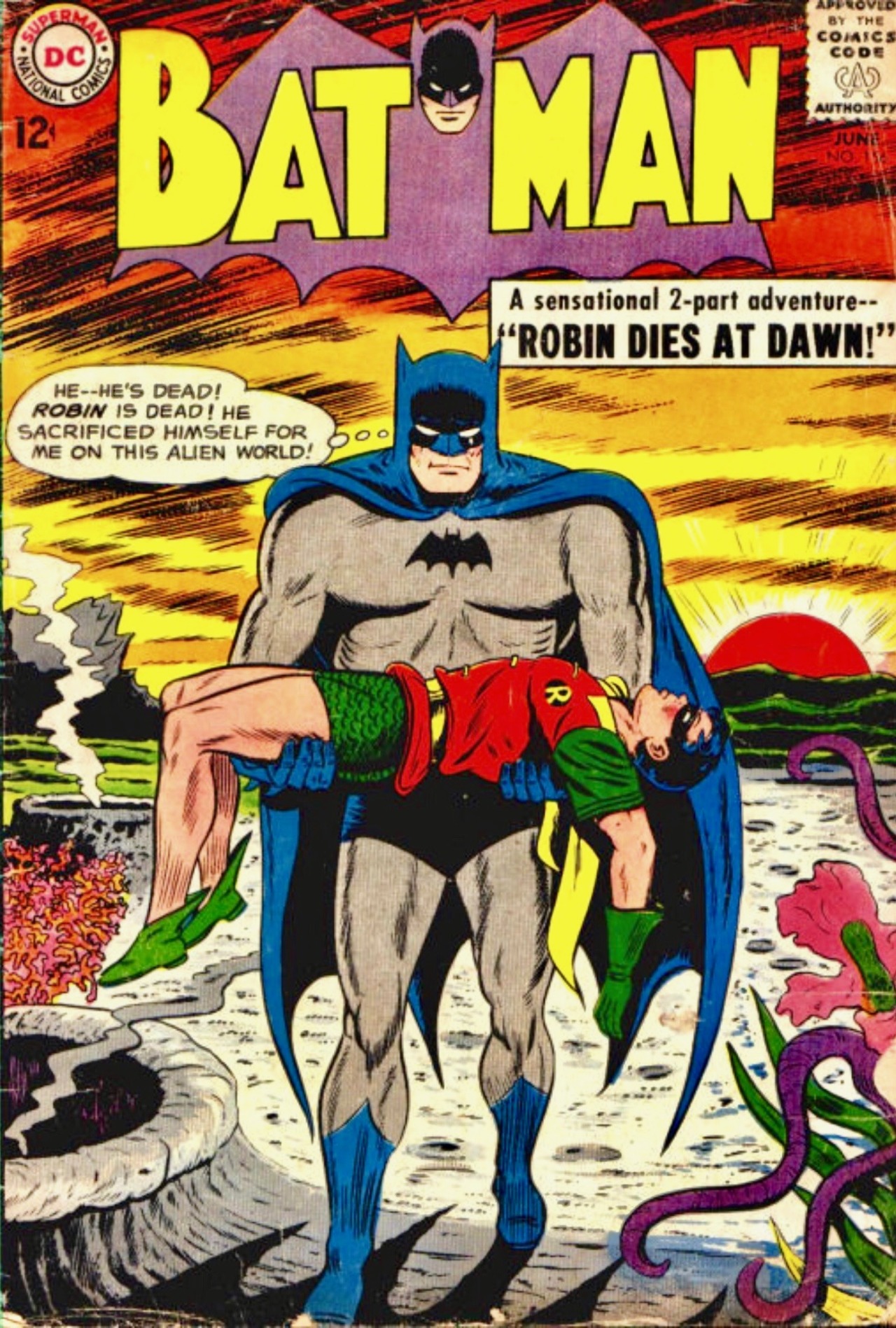 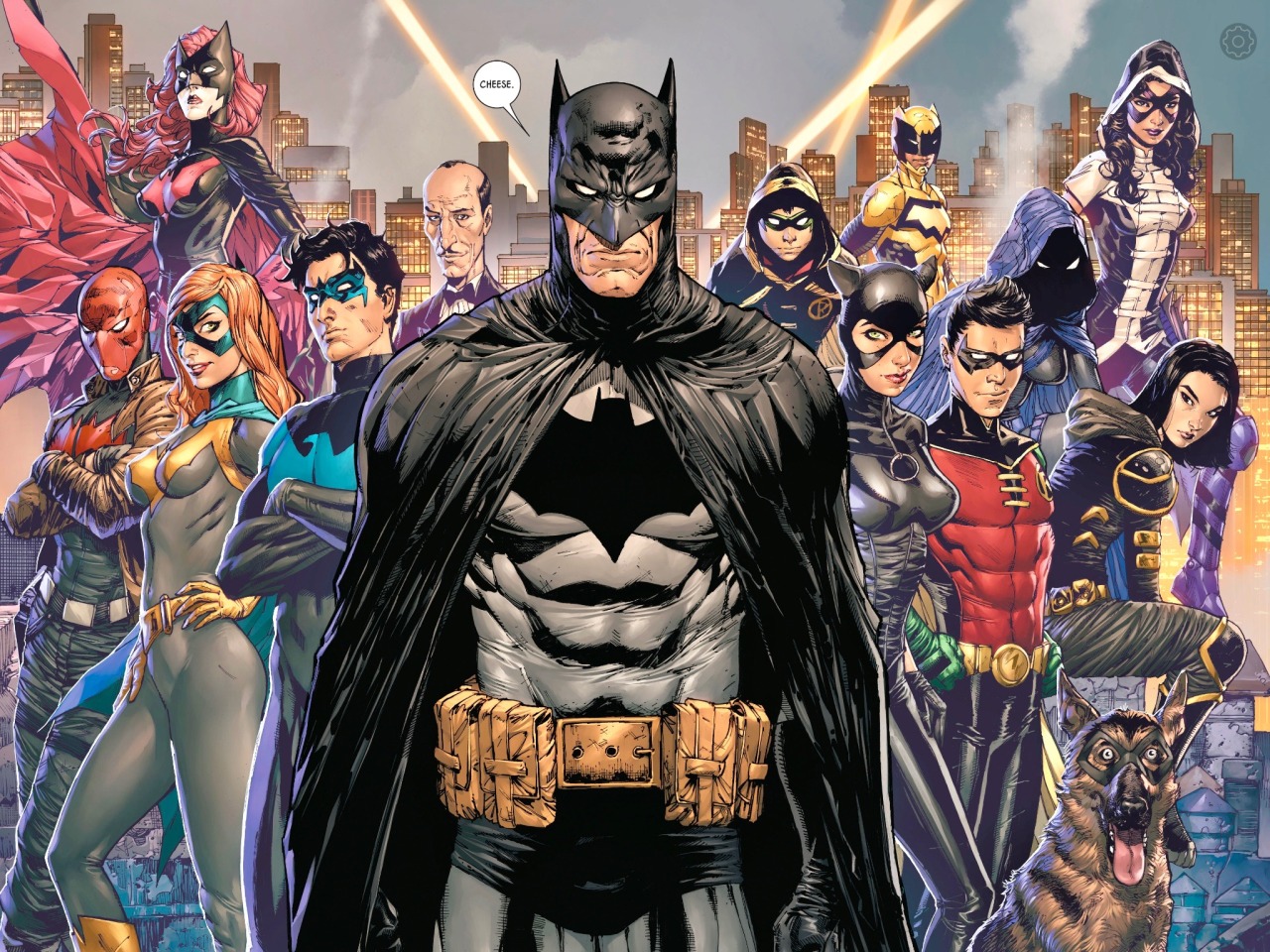 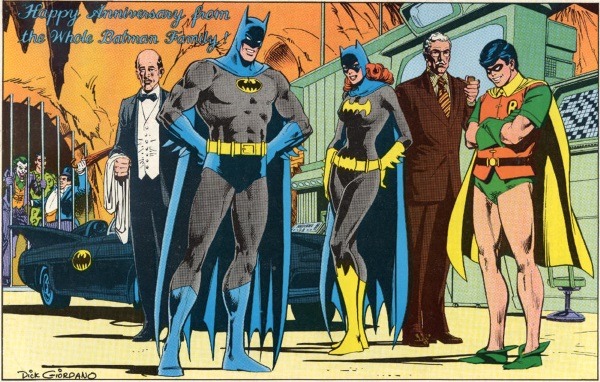 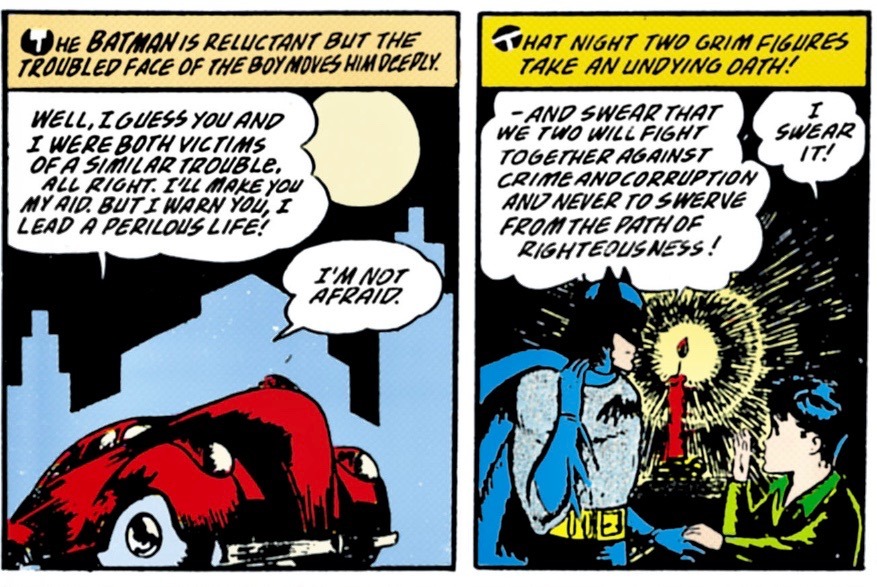 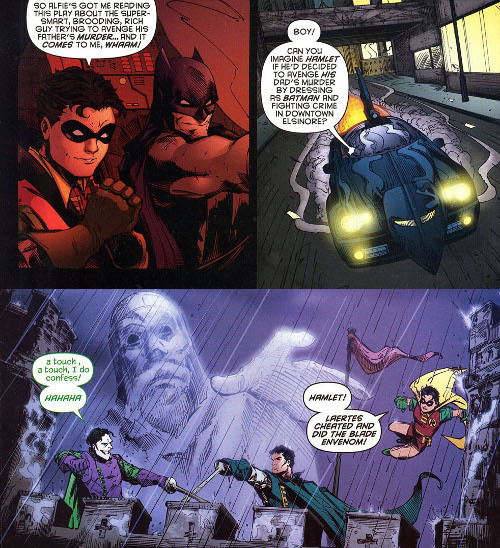 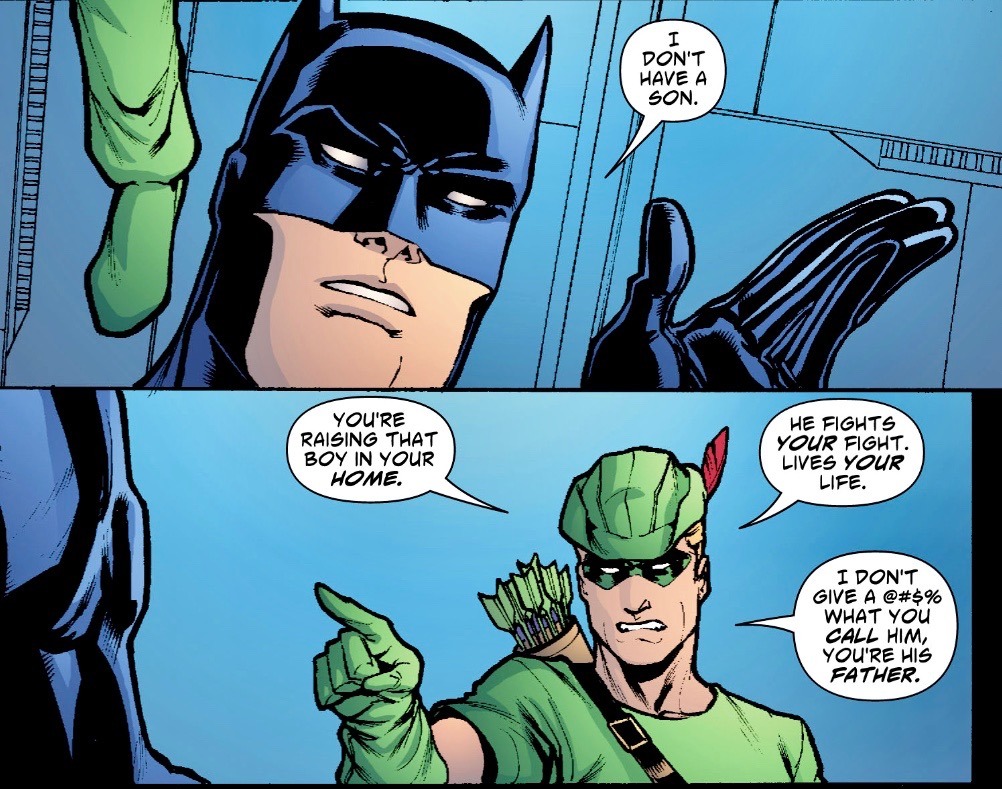 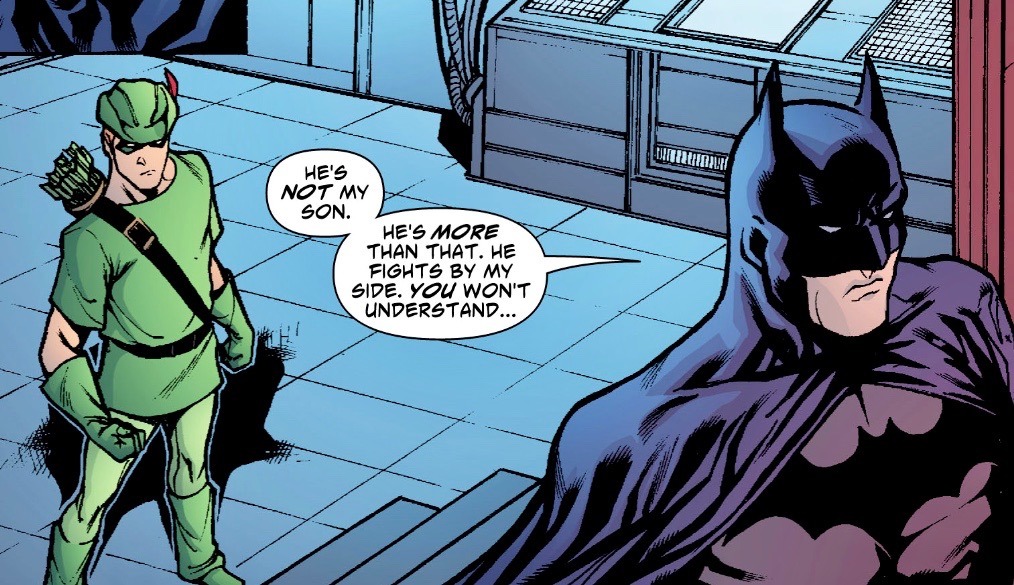 Who saw 'All That Jazz'?

Recall the 'In Living Color' skit 'Wrath Of Farrakhan'?

My ex doesn't care, at all. He's moved on. He's heartless. How can he treat me so appallingly? My ex deeply disllusioned me. Things are unresolved with my ex. How am I now not wanted by my ex?

I want a cream top, a rollneck jumper, a bucket bag and a black jersey top.

“Gosh drink is sure a filthy thing isn't it? I'd rather be dead than unable to trust my own eyes.”

“Cardinal going down a hole in the ground.”

“A world that does not value them as much as they believe it should.”

“Disgraced themselves so throughly.”

“Engaging in behaviours which result in referral to healthcare on multiple occasions.”

“Lost control of the media narrative.”

“Then be considered suspicious.”

“People who are the least competent often incorrectly overestimate their own abilities because they are too ignorant to know otherwise.”

“Sure, who's drinking tea now?”

“Berated from the pulpit.”

“Hardly the lived reality of the country's inhabitants.”

“Training half the country how to kill.”

“A study of Byzantine buttons and their role in courtly culture.”

“Wish that I had an oracular pig of my very own.”

“Nobody was crying yet, but the day had just begun.”

“Nothing to interest the average lowlife.”

“She bitch from hell.”

“Never says sorry for anything.”

“Too frightening a sight for them to visit.”

“Would go straight to video if that format still existed.”

“Lives in a gothic gated mansion attended by a sepulchral butler.”

“An acutal cave, conveniently located underneath his home.”

“The young couldn't be trusted.”

“Were empty and silent.”

“There was no chasing her through the school.” 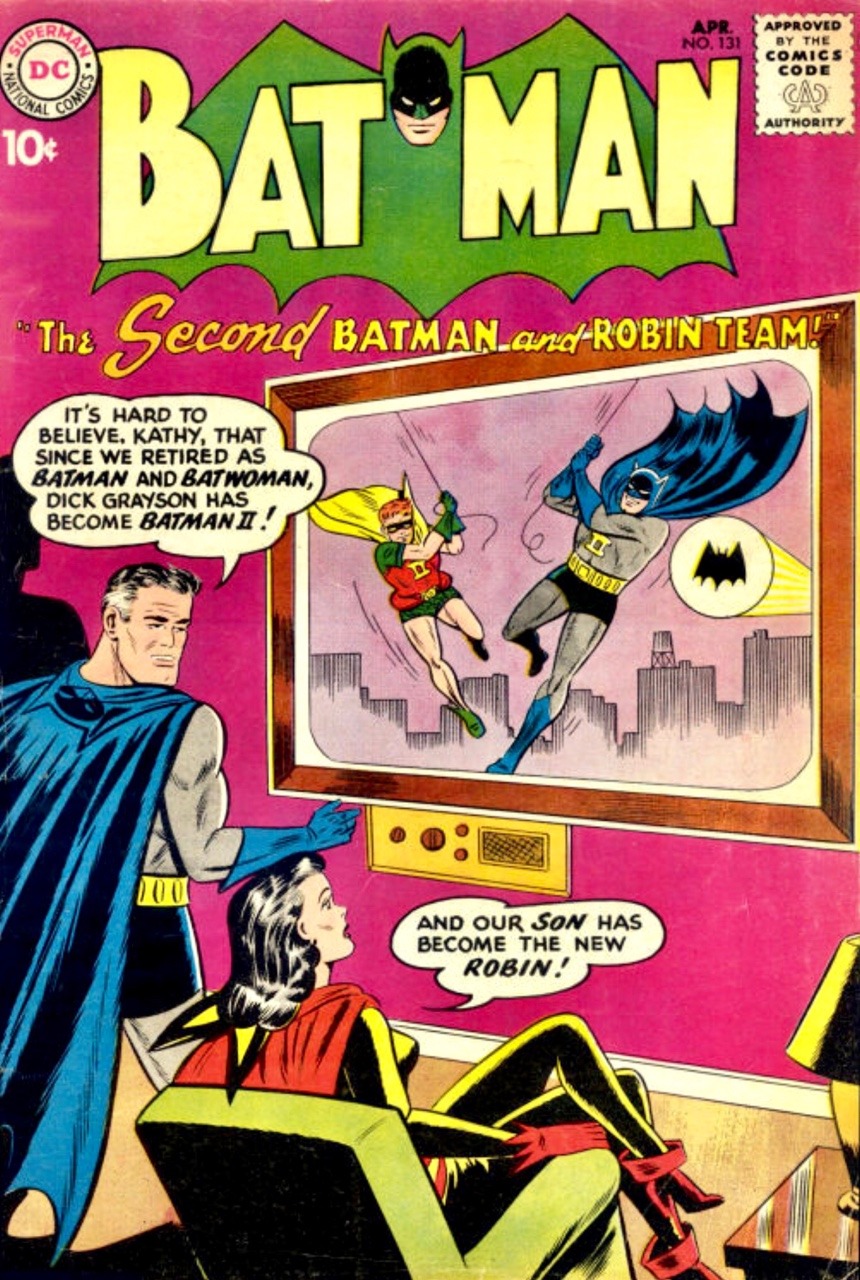 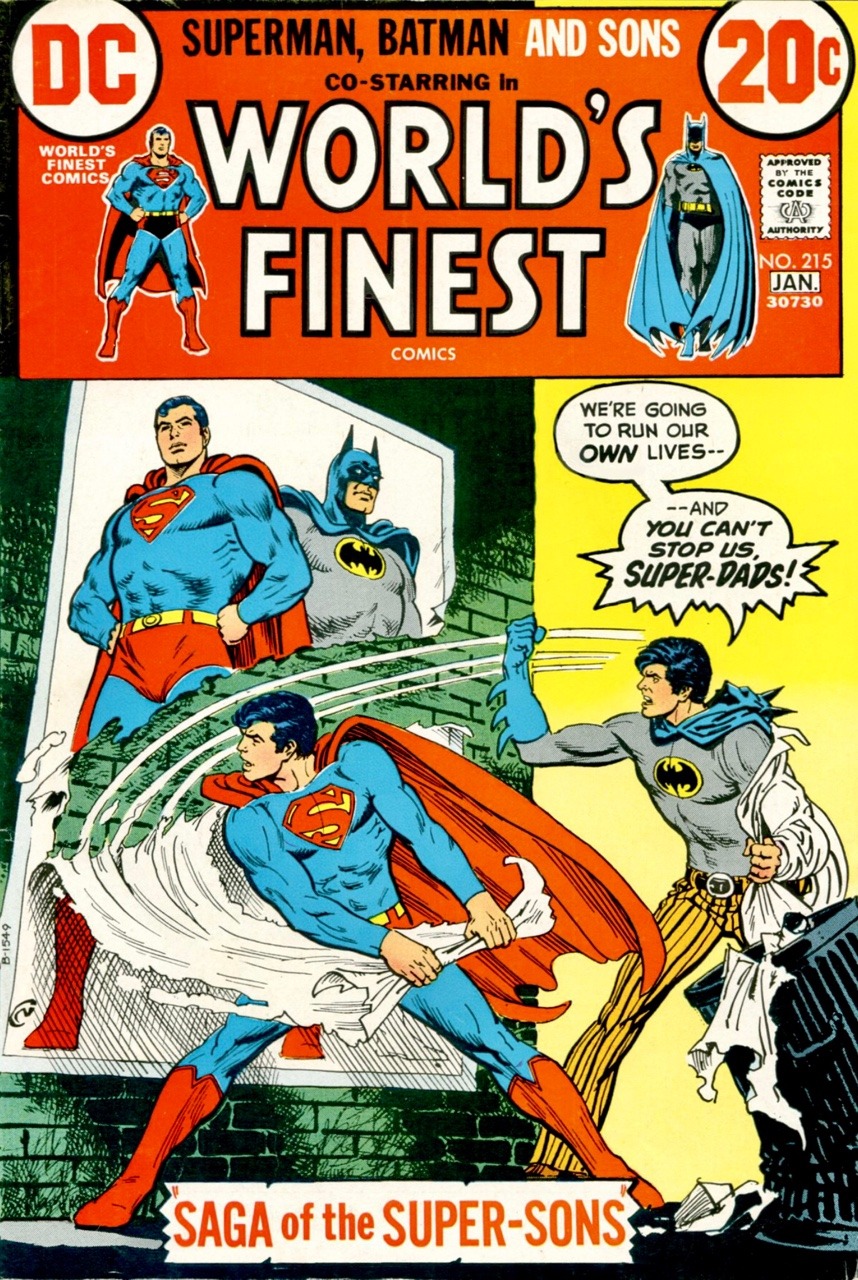 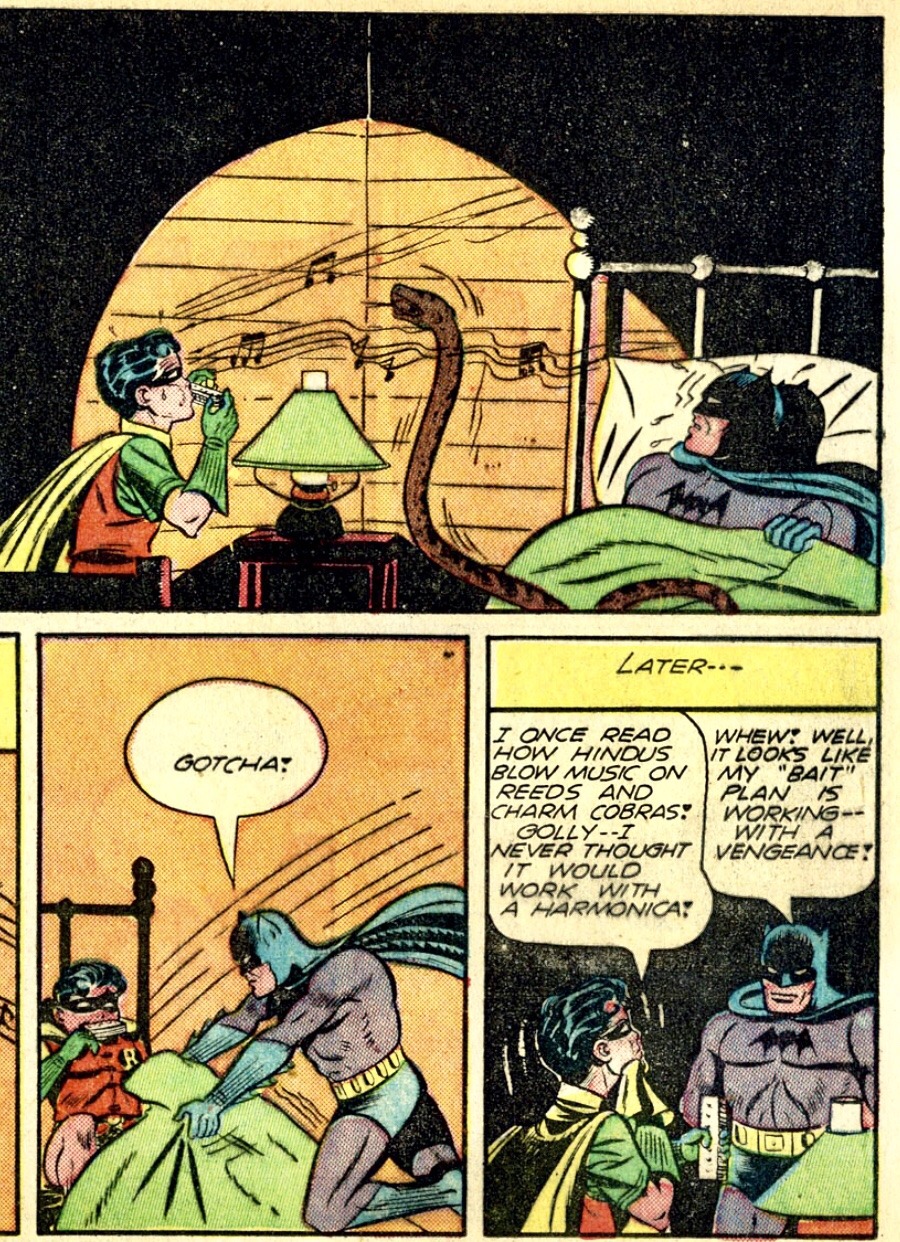 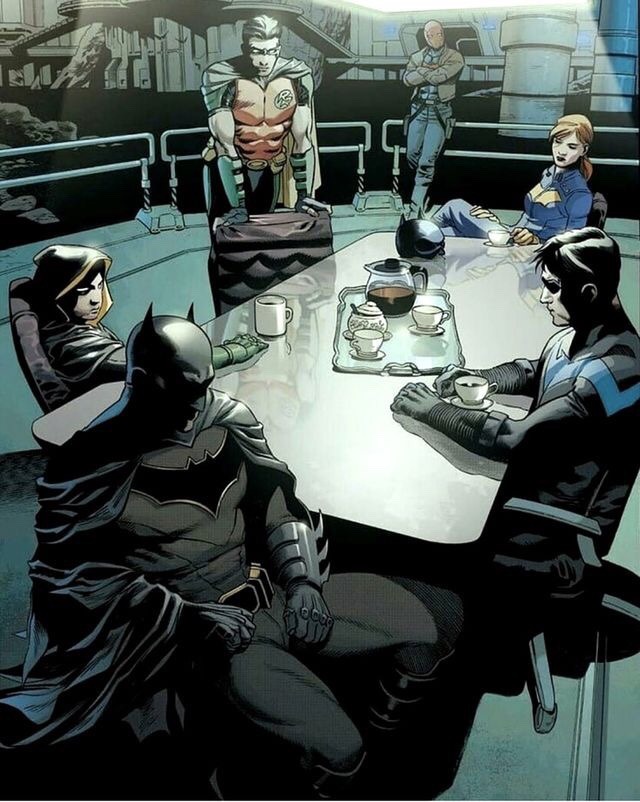 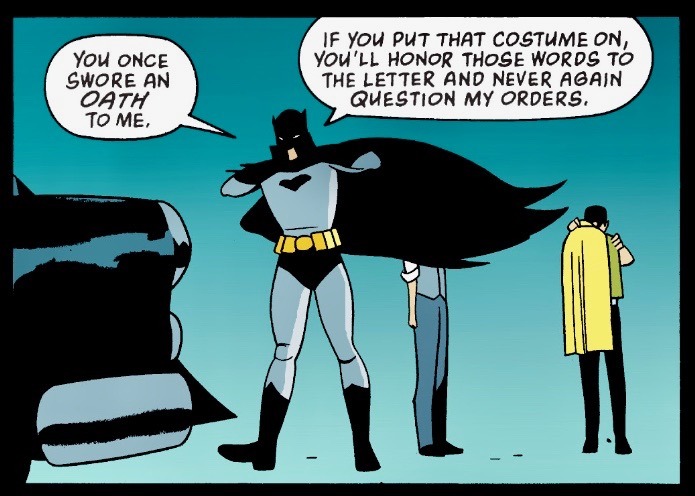 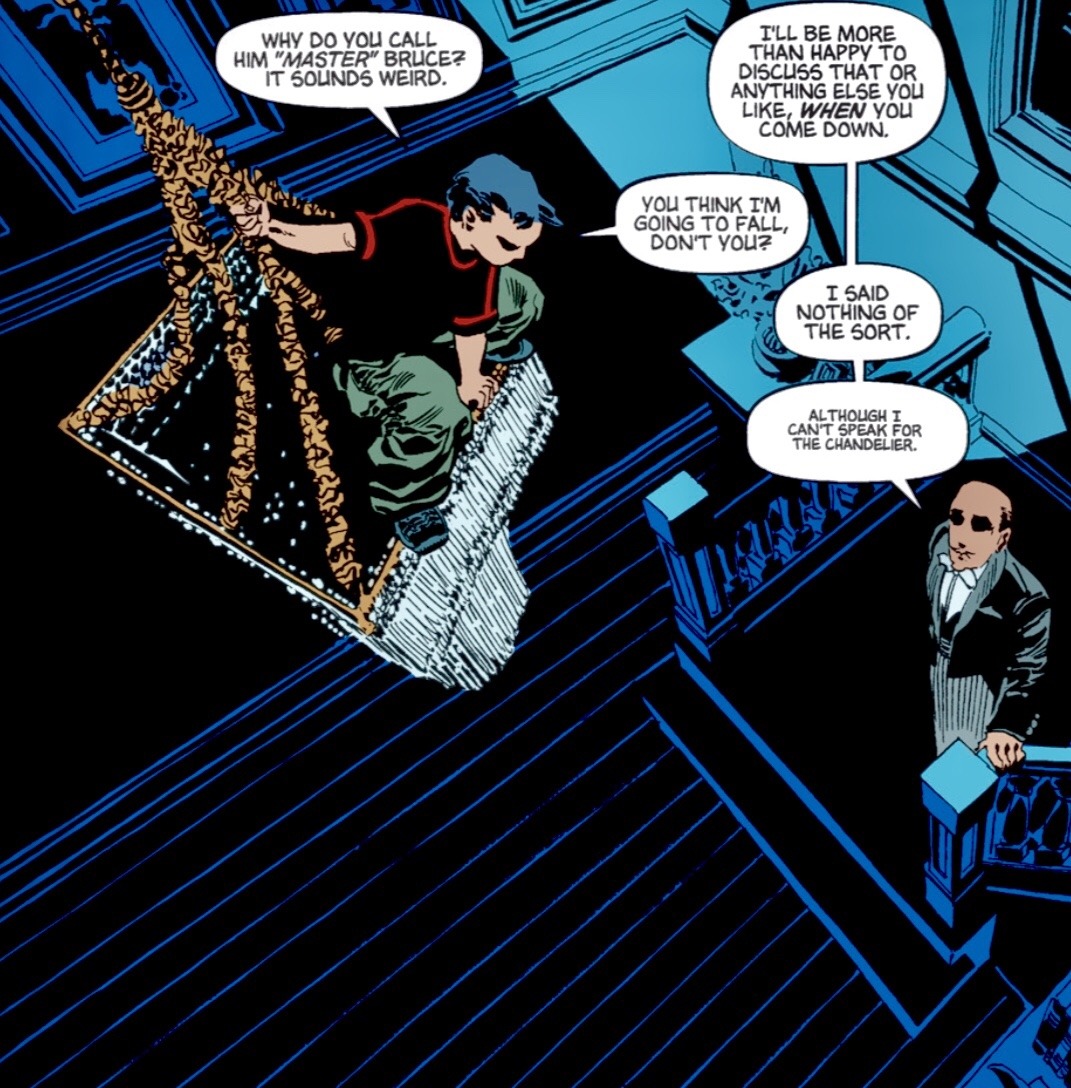 There is more over-dramatic music and June scowling. FFS. There is no medication and no help for Mrs Lawrence. No one likes June who runs her mouth. Fred lurks. The Lawrence household has brought the wrong kind of attention to themselves.

One feels utter loathing for June and her cold malevolence and for Fred and his practiced callousness. It is mentioned that the Ceremony was forced in the first months of Gilead. Mrs Lawrence has drama. June is no strong moralist.

The ceremony is held in the Lawrence household. Mrs Lawrence has hysterics. This was not emotionally unstinting. Lawrence helped build Gilead and his creation has now made him into an object of judgement. None of Lawrence's previous handmaids reported him or were true believers?

Fred is mean looking. Gilead has a culture of fear and secrecy. One has to signal certain attiudes and views. Fred is a complete obsessive about June. There are suspicions of Lawrence's motives. A pervading sense of ick pervades. People are ill at ease. Fred and the new commander are over familiar and want to submit nature to their whims. June mouths off and gets away with it.

This was not historically important. There is grim acceptance. Lawrence has contraception in his house? Why would it even be made in a world in fertility crisis? June stares at fish and Fred looks like he needs a good scrub. Why doesn't Fred have a new handmaid? Serena Joy shows Fred the sat phone. June plans her latest idiot plan. What'll they do with all the muffins?

“Unfit to lead his household.”

“The stolen children of Gilead.”

“See fit to bring about his blessed miracle.”

“The punishment for contraception is being torn apart by dogs.”

I read a season 2 spoiler: oh I KNEW BITCH Alice was trash. Where did the make up on Emily go? Jack is a dirty dirty creep. There is no wave of concern for Emily. There are serious ethical abuses by Emily who has traumatic stress. Jack's challenging tone bugs. Nick attacks a child. Flynn's sick of Nick. Aren't we all.

BITCH Alice and Nick and their judgmental tutting make my pateience snap. BITCH Alice makes me utterly furious. Why is Nick fawning over the BITCH? Why did he wake up and stop loving Emily? This is not an uneasy watch. The goob cop, Tommy, looks like a junkie. Jack was Ivy League? Oh ha ha ha ha ha. Nick is anti Emily. Nick's such a fool. Emily walks off a gunshot.

“The whole world thinks you're a serial killer.”

BITCH Alice goes for an Oscar pretending to be scared and in peril. Nick's a tool. There is no sanctuary space for Emily. Nick doesn't consider Emily family. FFS. What is wrong with him??! BITCH Alice and Flynn have been 'abducted'. Yeah right. BITCH Alice is in on it. STOP LYING BITCH ALICE! Jack takes up space and is attacked by Nick.

This was comically glum. Nick and his vicious assumptions bores. This got 2 more seasons. HOW? There are no profound insights. Nick branded his wife a danger to society. The plot is indifferent and there is moral pathology.

This was largely forgettable and full of exposition. The killer is revealed and is ridiclious. Nick attacks Emily, he's so STUPID. There are greater extremes of silliness. I HATE BITCH Alice. This was dreary soul sapping and full of dullard cliches. Nick's seething anger has seen him devoured by hatred of his wife.

There is laboured dialogue. Emily is cleared and desperately unlucky. Nick's fake apology does not make up for the torrent of vitriol and screechy histrionics and deriding of his wife in favour of the coldly calculating WHORE BITCH Alice and her undisgusied malevolence and glee.

TPTB have Emily big up the BITCH SLUT Alice. FFS. This is relentlessly glum and never served any useful purpose beyond being full of attention seeking inanities. There is a miserable endgame and this was ridiculous and horrrible. BITCH Alice never apolgised for her meddling and insidious jealously.

This show was an extremely unpleasant experience. Tommy hits on Emily. This show was flippant and designed to impress idiots. BITCH Alice cast aspersions and lied on Emily. I feel visceral hated for her and this show. Happily ever after never comes for Emily. Emily wears heels and a busted dishwasher gives her a memory. No thanks.

~
Tears Of The Prophets

Sisko gets the Christopher Pike medal of valour. Ross urges an attack. The Romulans are now in the Dominion war. Dax and Worf plan a baby. Dukat prances around Cardassia. Damar bellows. The 1960s holgram programme is popular for bizarre reasons. TPTB never considered the problematic aspects of it. Kira and Odo hook up. FFS. There are ethical repercussions. Weyoun is an idiot. Dulat kills Jadzia for the crime of wanting a raise. Sisko leaves. This was medicore.

This makes up 3 books: The Betrayal/The Secret/The Burning. This is the story of where the 'terror' began. This was crap.

This 'The Texas Chainsaw Massacre', 'Deliverance' and 'Wrong Turn' knockoff starts out well with the terribly injured Claire escaping a backwoods cannibal hillbilly clan. But the devastating impact of the cannibals toxic theology and locals who seek to avoid acknowledgemt of the fact that the cannibals exist ends in disaster.

There are deeply frustrating developments. Sense is blatantly ignored. People hold fast to secrets, fail to fully accept responsibility and there is no ominious feeling. The abuse beyond imagining is gratutious and the fact that the existence of murderous cannibals is not discussed in public is ridiclious.

Claire's greatest trauma in life is ignored. Oddly she does not die of sepsis. People run into hazardous circumstances and toward cannibals manically busy doing shocking things. There are creepy sexual plolitics and bizarre rants about 9/11. An annoying kid has a high nuisance factor. There is a ridiclious cover up and talk of revenge and retribution and this was not searing.

This was exceptionally poor and was vastly inferior to the movies it rips off. Idiots choose the worst possible option. The sense of disappointment with this was high. Nobody in this book is non-credulous. This is not beguiling and this causes prolonged offence.

“It would be their father's will, and that will was as good as God's own.”

“You git your ass back down in that bed.”

“Sounds very different from those she'd grown accustomed to ignoring-”

“Mom needs to stay off the Vicodin.” 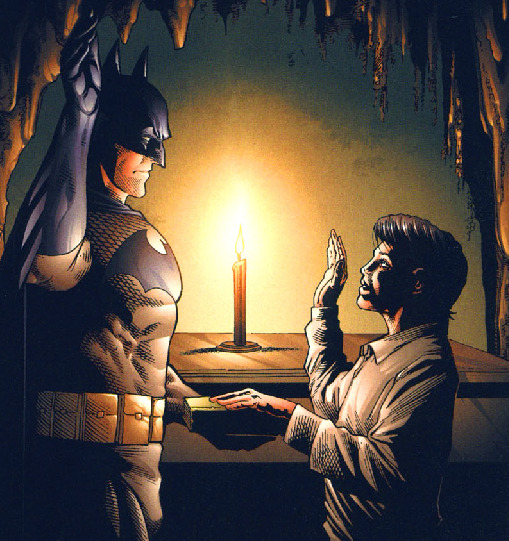 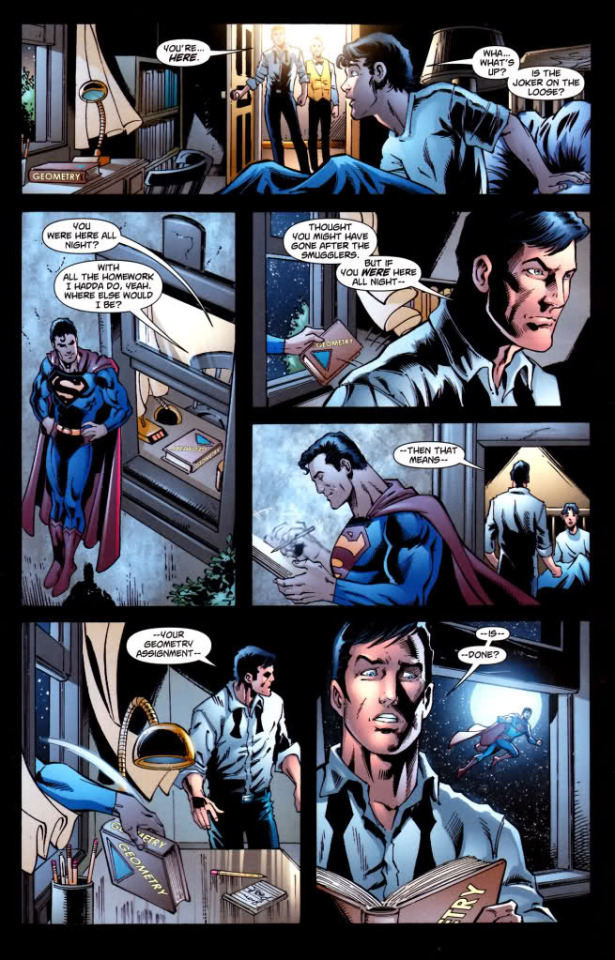 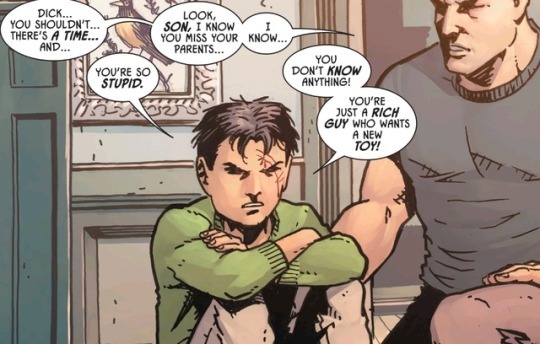 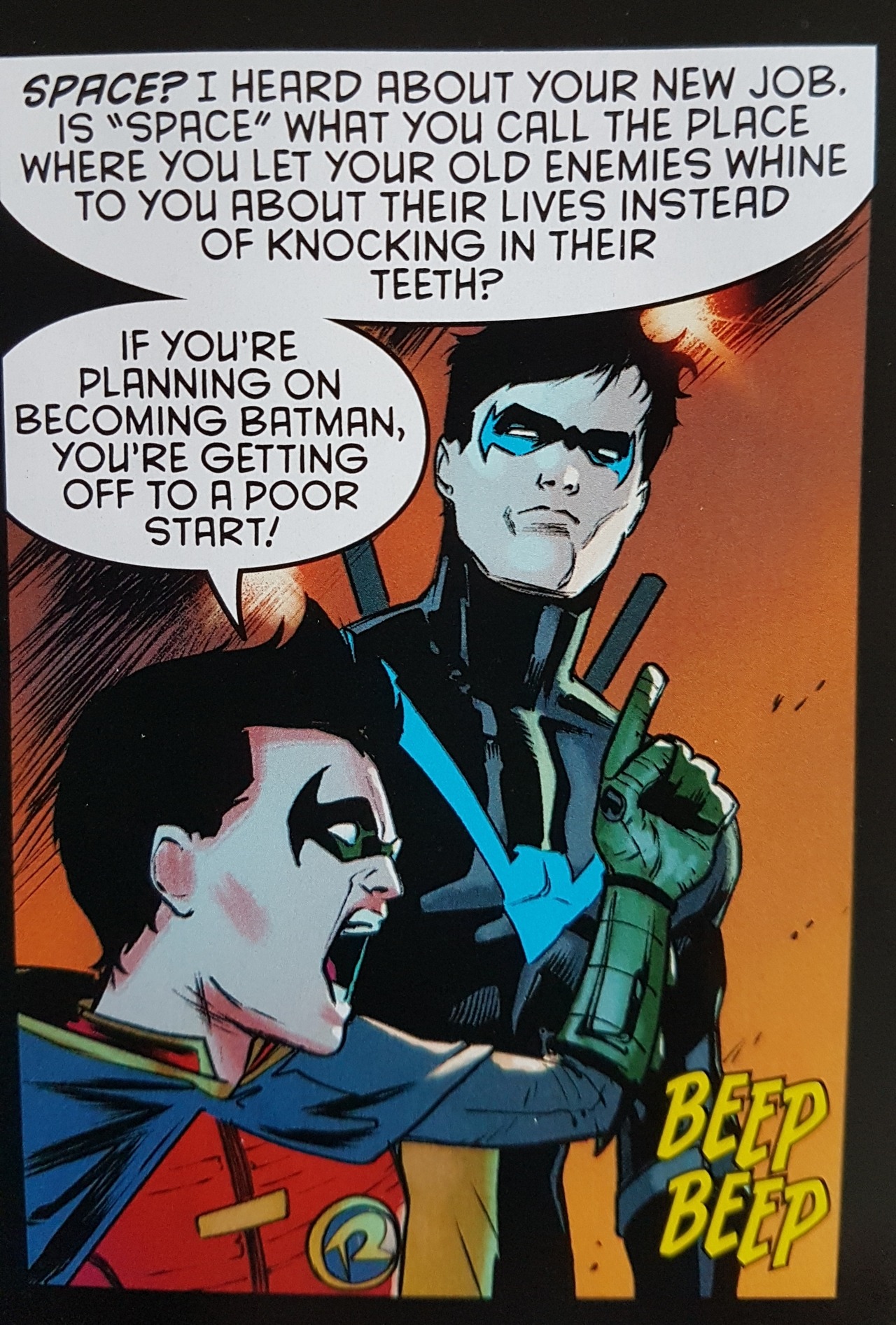 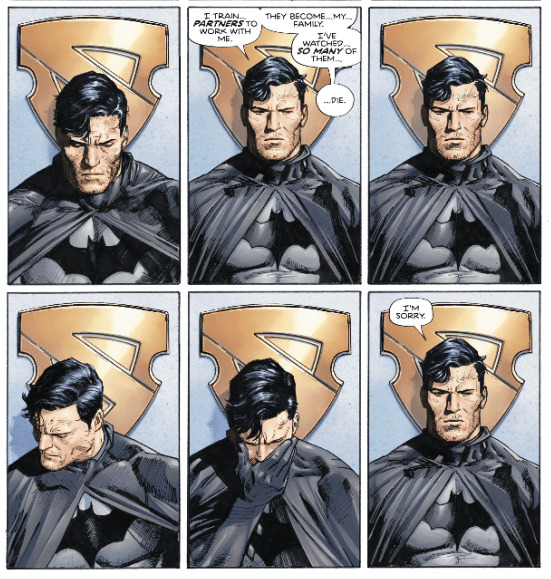 Jake Gyllenhaal stars as a socially dysfunctional weirdo in this unwatchable film. This was incomphensibly dull. People overlook all Jake's suspicious aspects. Jake riles and Bill Paxton features as does Rene Russo. This was inefficient.

“Walk away or get arrested.”

This was claptrap that may or may not be a student film and or a hoaz. A 'doctor' removes 'offworld implant technology' from people. This was plausibility stretching and full of nutters. This was appalling, atrocious and has clear failings. What was in a man's leg? Was it a fabricated thing? This was plain old ghastly and has an 'expert' who uses school textbooks in his 'lab' aka man shed. This just ends and was full of profound delusions and was truly incompetent.

“I don't trust anybody in today's world.”

“Flesh suit of a living man.”

“If it is true, the implications are even worse.”

“Turn the mental control up.”

“This is still interesting to you?”

This was pretentious arthouse silliness. This hokum was daft and tedious and beyond pardoy. An Aussie woman has a holiday romance with a German man. Big mistake. Huge. His flat becomes the prison she never leaves. He won't let her leave. This was not truly disturbing or purposefully provovative. His window glass is unbreakable and her life has taken a hellish turn. There is violent abusive sex and people are unremittingly unlikeable.

Her has her pose in 'sexy' underwear which has the price tag left on. This was nonsensical. A puppy shows up, no just no. He does ominious things with an axe and a car boot. He's a needy brat and she's mentioned as missing in the paper. There is smarminess and grabby ways. Does nobody call the police? How long has his disturbing pattern of aggressive behaviour gone on?

Bella Thorne plays a teen who does drugs. This was okay.