This is a pretentious documentary about the singer who rose from the despairing lows of being a refugee to success. There is no nuanced understanding. Grievances are listed. She feels disolcated and has dissonant undertones and a critic was right to call her a pseudo-important hypocrite.

“Kill us both in the jungle.”

This woefully substandard horror causes extreme irritation. Hipsters in the woods become death in human form. The hipsters can't handle the disorder. People can't emotionally relate in this overly long disaster. This was all overacting and unending seriousness. This was completely and utterly ineffectual and this is the nadir.

“You're being hostile. We agreed you would work on that.”

The Snake by John Godey

Thanks to toxic masculinity a black mamba gets loose in Central Park. Cue panic. An idiot sexist animal neglecting snake expert is on the job in this 1978 thriller. This has extremely dated attitudes to race and sex and women and violence. The attitude and actions of the 'hero' suck. This was fundamentally ineffective and is full of truly appalling people who act maliciously.

What are peg-bottom chino pants? 1978 New York is grubby and gritty. The primary source of risk comes from people. Inbetween biting people, the snake naps beatifically in sunbeams. This is grim emotive material that is preternaturally terrible. A religious cult are without mercy in this ill-conceived, inept, dismal failure. This is not dark fun or superbly unnerving. People lack strategic behaviour. However the twist ending is good. 🐍🐍🐍🐍🐍🐍🐍🐍🐍🐍🐍🐍🐍🐍🐍🐍🐍🐍🐍🐍🐍🐍🐍🐍🐍🐍🐍🐍🐍

“Don't just stand there when he hits you. Hit him back.”

This is the 3rd 'Wastelands' novel.

The Rapture happened and the survivor(s) are in an unsustainable position in this medicore tale.

This leaves you confused as to what it is about.

In this tale of a post nuclear war society, life is a joyless void. A woman is dying of a relentlessly unpleasant disease. Another woman has bottomless sorrow at this deeply unjust fate. A quest leads to a pivot point and an escape from the diseased meance.

“The underground cities down there had gone silent ten years ago.”

So Sharp, So Bright, So Final

I skipped ahead to read this tale by Seanan McGuire. This is an excellent tale of airborn rabies. This is full of overbeating nastiness and it is deeply enjoyable.

“Graveyards were a thing of the past,”

“We could take the house.”

I skipped back for this. In the contentious post apoc, a man is blithely oblivious to sense. This short story is at the least, implausible, and has daft moments but it is okay.

“My wishes as delusion.”

The Last To Matter

Civilization is crumbling to dust. There is no mournful despair as the horrible cynical dregs of humanity die off. This was okay.

“Never understand what he had done to deserve such a rejection.”

“The distant outposts had fallen silent.”

“One near the center went insane and started chewing his way out.”

“Help you with your aggression.”

Data death is a thing?

My ex was emotionally neglectful. I've lost a vision of my life. He caused insecurity and emotional distress. What damaged the bond between me and me and my ex? A WHORE! I wish him an eternally catastrophic life. I feel desperately unhappy about my ex's stony detachment. Why did my ex turn cold and ungiving? My ex's brutal rejection hurts. The destruction and misery he's caused. My ex has a couldn't care less apathy toward me. It's an inversion of logic!

What is a double dug-out basement?

“Boys coming out of bushes.”

“Drop kick your ass to hell.”

“Your mind is very odd.”

“Free will is a satanic lie.”

“I was some misplaced foundling child of the avant-garde who'd been left on a step somewhere in Smethwick to a factory worker and his wife.”

“I don't really approve of popcorn in cinemas,”

“Laughably fanciful claims were made for the social relevance.”

“Never as absolute as he wished the world to think.”

“The hunting, daily mass-going and philandering that were the main diversions of courtly life.”

“Perceived as an irrelevant backwater.”

“Genius is no protection from idiocy.”

“Stupidity. A lot of stupidity.”

“Drove out his first wife.”

“Most brazen of drying moves: the rigorous towel back and forth through the legs. You'll never unsee that.”

“Exalting something that really only ever lived in the imagination.”

“Tendency to get plastered and urinate over the nearest statue,”

“The idea of turning your suburban garden into an eco-farm looks oddly prescient.”

“A multitude of cocktail waitresses, lingerie models and pron actresses,”

“Development of fear that they engender.”

“Some so wide they went through the security scannder sideways.”

“Instills a sense of fear.”

“A reckoning for those in the media he perceives as enemies.”

“What expectations they were given.”

“Concerned about the potential consequence.”

“Have their own grudges.”

'Charles I: Downfall Of A King' Quotes:

“Reaches a point of no return.”

“Affront to the royal dignity.”

“Surrounded by enemies on all sides.”

“Casting doubts on his bloodline.”

“Turned them against him as well.”

“Fallen so low so very quickly.”

“The King's never even put on his own shirt.”

“Rules over an abandoned London.”

“Looking to do violence.”

“Building a city in which they cannot afford to live.”

“Subscribed to the communist daily L'Humanite, mainly to needle the rich aristocrats who lived on the floor beneath him.”

“Commented on his deathbed, when invited by the priest to renounce satan, that it was not an appropriate time to make any unnecessary enemies.”

“A moral evil that justifies their venom.”

“Dispute their own history.”

“A place of refinement, intellect and beauty.”

“The long-simmering resentment directed at those who have benefited from education.”

“How could a moment that seemed, in those July days of 1969, so momentous, so transformative, now means so little?”

“Getting down to the 12th-century levels.”

“This kind of consequence.”

“Being so difficult and unpleasant.”

“McCririck's lifestyle, were revealed to a horrified public during his ill-advised appearance on Celebrity Wife Swap,”

'The Kids Are All Right' Quotes:

“I beat the branch with a rake.”

“Nobody wants a baked potato at nine o'clock at night. This isn't Europe.”

“Use your strong voice.”

“Tape it on the VCR in his study.”

“When 'X Factor' winners were famous for longer than half an hour.”

“Bitch of the house.”

“Judged by my family.”

“Behave your way out of that.” 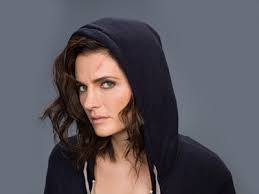 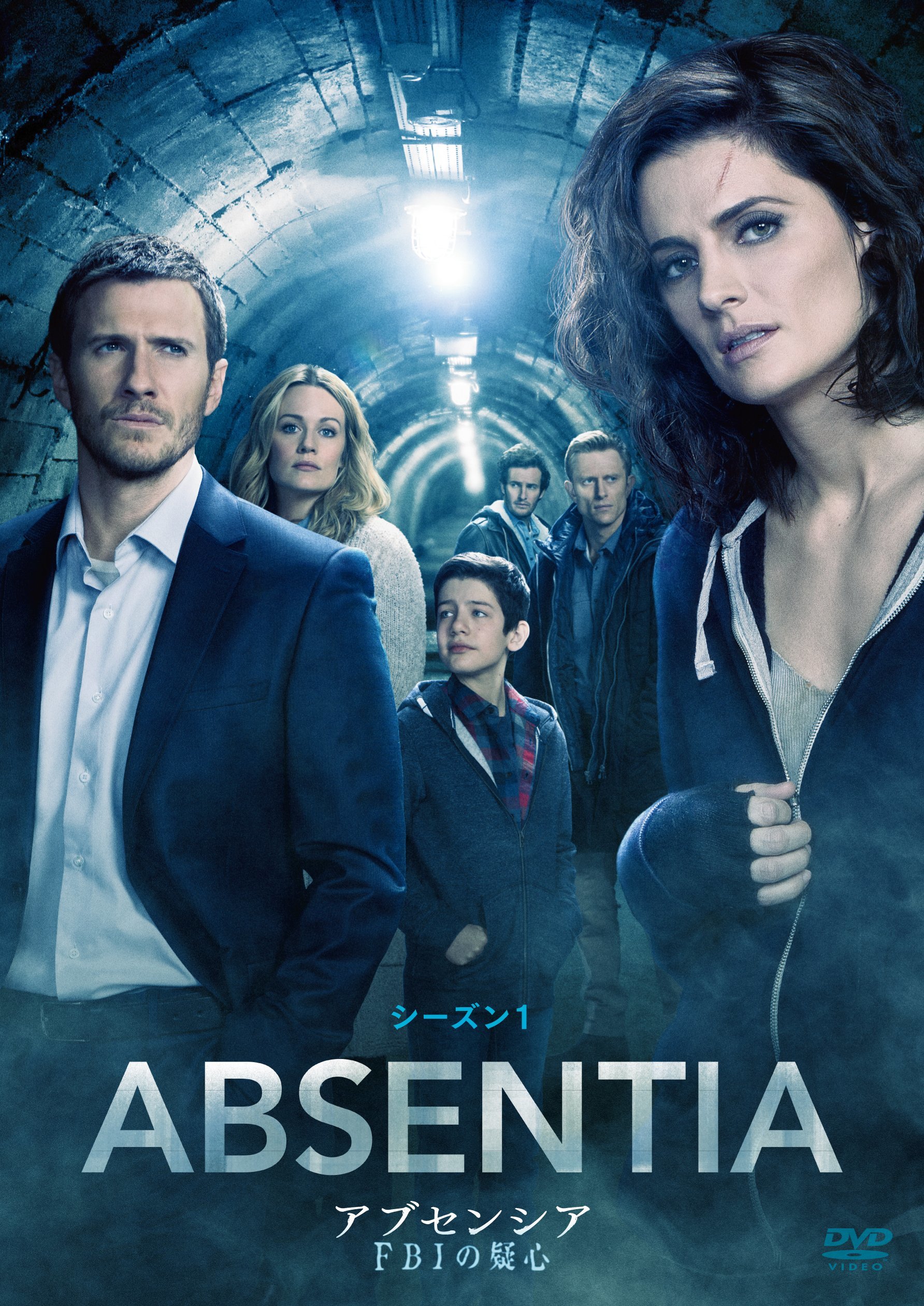 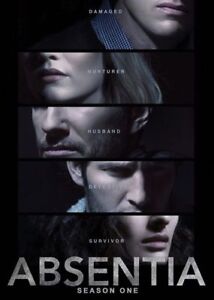 Waltz
Dukat stops being mad and suddenly becomes threatening. The inevitable reckoning between him and Sisko would not happen until the very last ep of the show. This was okay but lacked considered decisions.”

June bullies a Martha so she can see 'Agnes'. Emily is accused of criminal activity in Gilead. Wives in DC have to wear the veil outdoors but can dance with their husbands. Where are the wives guards while they walk the streets? Women aren't allowed out unwatched in Gilead!

What happened to the family who lived in the unrestored house? June is stupid and selfish. June and her Commander's wife go for a walk. They wouldn't be allowed to! This ep is a thing that happened. Gilead wants the refugees back.

This ep is calamitous. June is deeply unpleasant. Moira attacks someone as does Emily. Are the 3 Gilead daughters June sees, actually shackled to an Aunt? June will not accept she's been left without recourse.

Why do the dangerous religious extremists let June live? June's stupid and the cause of others ruin. There is no bold orignality. Men and wives don't socialise in the book but they do in this show. This was suffocatingly boring and irksome. June attacks a pregnant Handmaid and gets away with it. June is not plausibly attuned to what morality looks like. Her quest is evidently futile like this ep.

“There is no peace with Gilead!”

People resolve each others ruin. A grim path is followed. People have been given up on. This ep fails badly. This has no terrifying charm. There is escalatory action. This is charmless. There is no melancholic awareness. TPTB have scant regard for quality. This was done with questionable logic. Bad guys cackle gleefully.

This was not delightfully apocalyptic. There is no character integrity. The Purge is about elevating undeserving men. One feels visceral loathing for the characters who are frequently murderous and of questionable repute. A rich jerk has a social status that his victims would probably never have reached. Just work does not translate into just rewards.

People are spectating. When does this take place in relation to the movies? The whore is stupid which has no tragic effect.

“You shouldn't even be living here!”

“If this is about scholarships, why am I in a bikini?”

“What about human decency?”

People attempt to gain relevance with brutal force. There is a reveal about the cult. There is hysterical rage and postures of threat and things done maliciously and baser intentions and melacholic turbulence. Is there an inescapbale endgame? This show is not a resounding success. This ep is made by the skill free.

This ep is predictably disastrous. Why are the couple letting the homewrecking lying crazy slut lurk in their house? Kick her out on the street! Maybe I'd care more if I'd seen 1x01-1x03. The pyscho slut strikes. Reed Diamond makes a speech. There is social dislocation. This ep was not even a worthy bore. It was just tedious. This was a story of woe.

This was not moving or meaningful. This goes fatally wrong as TPTB kill off the only interesting character. This malicious nonsense tests credulity. This isn't compellingly dark. Exposition flies. Due to the poisonous influence of the Purge, an odious man rants and kills. This was insignicant. This was not grimly enjoyable nor is it highly distinctive.

“You cannot run from my justice!”

“You're the reason we need the Purge!”

I watched 3x01 to 3x05. Joel has a rictus grin. People lack sense. Characters have sheer intransigence, plain stupidity and poor judgement. There is a cult, the meddling Anne is abruptly written off the show and Goran Visnjic shows up playing a troublesome adversary. People are ill fated and make bellicose noises.

There is no dread of doom or ominious power. This show is fatally frivolous and overly casual and it is full of unconvincing storytelling that is ultimately unsatisfying. Abby annoys and there is self conceit. This is rather a disappointment.

Shelia has significant opportunities to negatively impact people. There is no grim satisfaction just mounting evils and moral corruption. There is erosion of moral standards. Joel is like the stupid best mate in a 90s movie. This was not emotionally complex. This was not disturingly probable. Ramona shows up. There is ever-recuring stupidity.

“We're going to spend years in this lab together.”

“Do his work on Earth by killing evildoers.”

“See who put this knife in our door, because, that's curious.”

“Look who's afraid to punch a cop!”

“Is it so hard to include me?”

“I know what thinking is sweetie.”

“Rich in grain and had a port city.”

“The lock on your sidedoor's broken. Now.”

“You won't survive the reload.”

“Shot a moth with a crossbow from 15 feet away.”

“Made the lemon squares that were so good Amanda threw her batch down the stairs.”

Alfred has no life outside of Bruce. Things happen in the city. Bane lurches around. Barbara has her baby. Bane is suffering from severe untreated PTSD. Gordon is not sorry. Ra's Al Ghul's daughter shows up to show off her crap acting. Riddler and Penguin do idiot comedy. Hugo Strange creepy monotones. Alfred tries to fistfight Bane and gets his ass handed to him. The military would really bomb a city judged lost?!? Oh come on! This version of Nyssa is terrible.

“Wasn't quite as dead as we hoped.”