‘Killing Season’ promo
Mmmm.
‘Girls Meets Farm’ promo
Oh come on.
‘In Fabric’ trailer
An evil dress and Marianne Jean-Baptiste’s real accent.
Best Line:
“Scared of a dress.”
‘The FBI Files’ Quotes:
“Rigid social doctrine.”
“Loitering and prowling.”
“Branded dissenters.”
“Suffer reprisals.”
“Reach certain income goals.”
“Drove them out.”
“Don’t tolerate public criticism.”
‘RTE News’ Quotes:
“Send it back without mercy.”
“Triggering memory paths.”
‘Cobra Z’ Quote:
“To vomit her pestilence over the trapped masses.”
‘The Irish Times’ Quotes:
“Forces of elitism.”
“Morally defensible.”
“The relevance of their broader purpose.”
“Lessens you.”
“Moral fervour.”
“Blots out rational thought.”
“Disordered rage.”
“Statement of means.”
‘Urban Myths’ Quote:
“You deviant!”
~
On ‘Hollyoaks’: Mercedes bought drugs and she has defiant pride. People want to save Ste. James has a load of moochers in his house. This soap’s best days are behind it. Why won’t Harry get a job? Harry’s cheating on James? Oh Ste, ignorance is not a choice. People shrugged off Kyle framing James. Ste is confronted. Ste is thick and resentful. Ste has not had a transformational shift. Ste has an enduring desire to annoy and is the subject of unwanted pity.
Why is Ste such an attention magnet for TPTB? Does Ste even recall Doug who died needlessly? Ste isn’t being forced against his will to be racist and horrible. All he’s ever done is consider himself! Why is the hate group spending so much time supporting Ste and giving him unequivocal support? Tony cares more about Ste than his own son!
Ste seduced Harry when he was just out of boarding school, ruined his future and discarded him. And Tony LOVES Ste and disowned Harry! FFS! Does Tony know or even care that Harry was whoring himself on country roads? Sid’s dad is married to an Asian but Sid is not biracial. So where or who is Sid’s mother? Ste is a satanic eyesore. Tony deduces that Ste’s in with a far right group. Like DUH!
Best Lines:
“That lot.”
“You’re a disgrace!”
“Silenced by the liberal elite.”
“Violent and dangerous thugs.”
“Because he’s the victim in all this?”
“Reasonable peaceful protest.”

The Franchise Affair by Josephine Tey
From the author of ‘Brat Farrar’ comes this horrible, anti-Irish, victim-blaming, slut shaming, sexist tale. It is also full of classism and the blatant existence of grooming and sexual predators and open admission of GBH is ignored.
In a village, a ‘respectable’ mother and daughter are accused of kidnapping and beating a young girl. A solicitor decides the victim is a lying slut and sets out to discredit her. He’s also shocked that the police are bothering ‘respectable’ people by investigating such claims and even, gasp, arresting them for it!
This is a disturbing book. ‘Respectable’ people have open derision for a child and want her soul damned. They utter sexist classist talk and wish a merciless death on her, a child. Public image is cared about, there is great self-preoccupation and special wrath is triggered by a brutalised child asking for justice.
In this terrible novel, the smug ‘respectable’ people are heroes and they meet opposition with ferocity. People openly talk of wishing a hard death on a child. Nobody cares about an obtainable version of the truth only slut shaming a child. This is the grim old days where a child is damned for being working class and having slutty eyes and daring to damage the ‘good name’ of ‘respectable’ people. This book is harmful and I could see little to impress me in this.
‘Respectable’ women bitterly complain about being held to account. A child waits in vain for help in this tedious novel. It’s a very serious concern that abuse is ignored so ‘respectable’ women can have the appearance of respectability and a child can be much maligned by those with the ability to sit in judgement. They shrug off the ethical implications of this unmeritorious book. This is a particularly worrying book.
Best Lines:
“Let us hope that by the time this case is finished they are not doing hard labour by order.”
“Riled me past bearing.”
“A lot of people are going to hit you from now on, my poppet.”

Catwoman’s Dressed To Kill
The duo’s unending war against crime goes on. Catwoman shows up and is now played by Eartha Kitt. Nobody comments. Catwoman unleashes unrestrained violence. Bruce takes Dick shopping for the prom. Bruce says they should change into their costumes in the limo. No comment.
Nobody notices Bruce Wayne getting his clothes off in the backseat of his limo with his underage ward. His limo has curtains in the backseat. That is just creepy and weird. Gotham has social acceptance of weirdness. Catwoman has special notoriety. Barbara doesn’t appear to work. Dick never seems to go to school. Batman is sexist. This was delicious and delightful.
Catwoman plans to turn Batgirl into a man-vest. Alfred dresses as a hippy. This was okay. I won’t comment on the whole issue of Robin’s body existing to serve Batman and his supposedly higher purpose.
Best Lines:
“We better get home.”
“Leg it.”
“Must we use force?”
“HOLY PRICELESS COLLECTION OF ETRUSCAN SNOODS!”
“Just what are you doing, and to whom are you doing it?”
“The much-admired Batman and his youthful companion?”
“Holy crucial moment.” 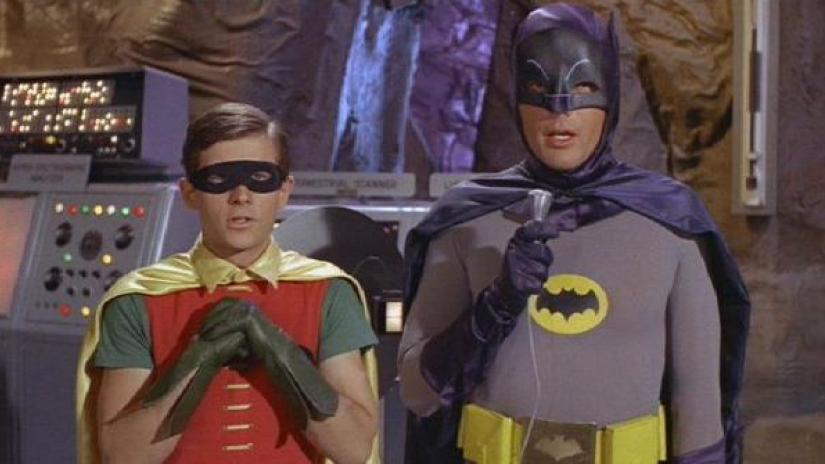 The Funny Feline Felonies
Joker gets out of jail AGAIN. Bruce is on the parole board. FFS. Catwoman drives a hideous tacky obvious car. She has a red tabby. Catwoman has a catgun. Batman humps the carpet. Batman is sexist. Barbara wears a coat that looks like someone puked it onto her.
Robin fights off 2 henchmen on a revolving circular bed. No comment. There is a coffee stain on the batsuit. Louie Long and Dick Kallman guest star. This was okay.
Best Lines:
“Evilly clever.”
“Hotel Sleazy.”
“Good citizenship and fine deeds.”
“Dynamic dimwits.”
“Batcreep to the window.”
“I’d rather shake hands with a spitting cobra!” 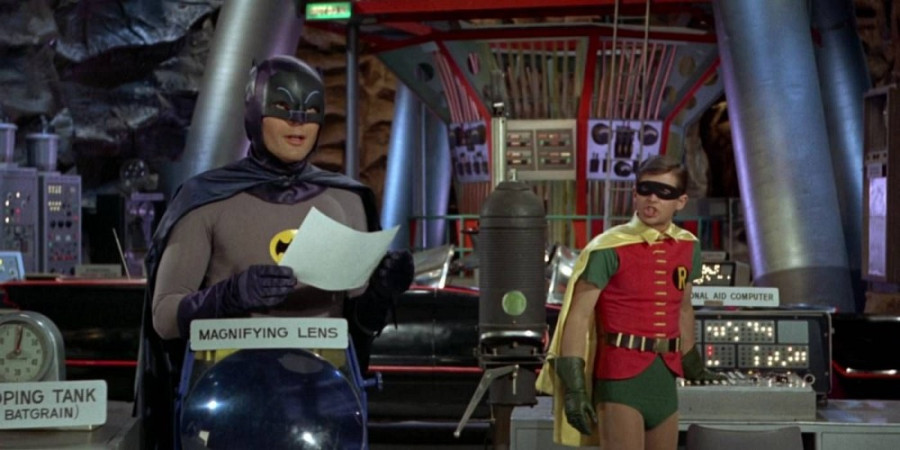 ~
Impact (2009) Part 2
There is combative misery, sap and padding in this mess. One feels unmitigated contempt for this confusing film. A reporter is stupid and there is endless techno babble and nonchalance. There is wilful ignorance, stupidity, boredom and irredeemable characters.

The Perfection (2019)
2 cello players, one of whom is Allison Williams, are involved in weirdness. Their mentor (Steven Weber of ‘Helix’) lurks. God have mercy on them, no one else does. There is no imperative to care about this terrible terrible campy film. Womens worth is compromised. Obvious baddies have bad moral character. This had forceful criticism and one can see why. It’s terribly negative, ludicrously OTT and full of bad acting and a legacy of abuse. The final scene is a real WTF ingeniously sadistic moment.
Best Line:
“Come get me when she stops biting.”
~
Catfight (2016)
Sandra Oh, Alicia Silverstone and Anne Heche star in this comedy. Two college rivals (Oh and Heche) reunite and get into a endless brawl. This is set in a future where things go differently and people are always angry and fighting and screaming and have manic rage. This was okay.
Best Line:
“Courtney Love crazy!”
Collapse