A serial killer's son is now a fired profiler. Lou Diamond Phillips is in this.

“This isn't the way it was supposed to be.”

“The house is about to be invaded by clowns.”

“Killer clowns were going to come in.”

“Learning to love him.”

“The job she sees little reward for.”

“No hint of active daily life is visible.”

“Trust that their words would be listened to, they had to hope that this time they would be believed.”

“They must be there. The hospital system depends on it.”

“Much disquiet in a rural area.”

“It's about owning the future.”

“My public image is unshakably.”

"Had some time to reflect.”

“Regrettable to say the least.”

“Any significant absence would be considered a case of child neglect.”

'Back To Life' Quotes:

“I think he wants to turn us into The Human Centipede.”

“Escorting fuel through a burning hell.”

~
On 'Hollyoaks': Mercedes and Liam run over Grace whilst joyriding a stolen car and leave her on the street. There are new opening credits and Mercedes gets the prime slot. FFS. Mercedes tantrums. Syler gives into Mercedes' tantrums about Max. Mercedes blames Prince but not herself. Why does everyone even Breda let Mercedes away with her crap? Grace isn't dead. 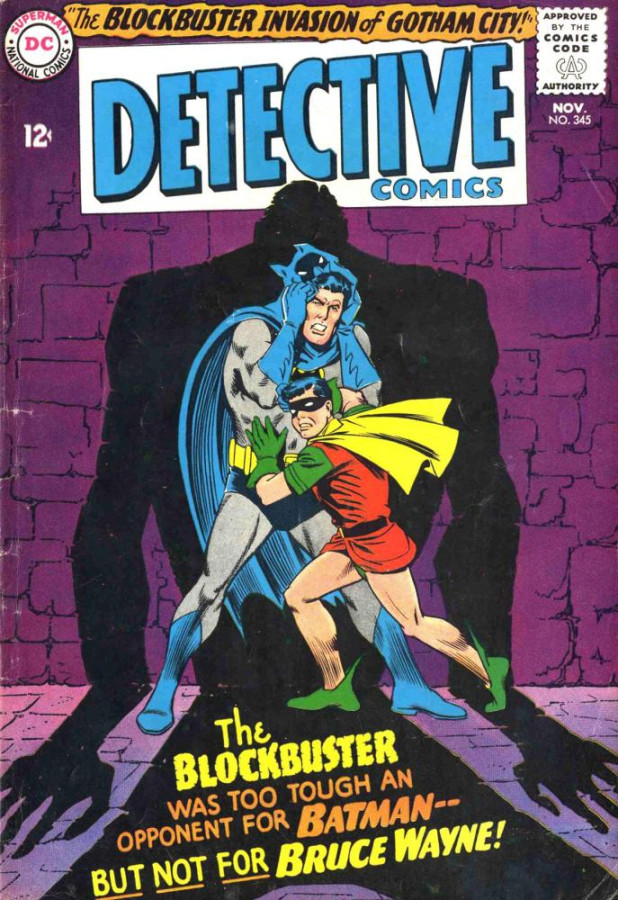 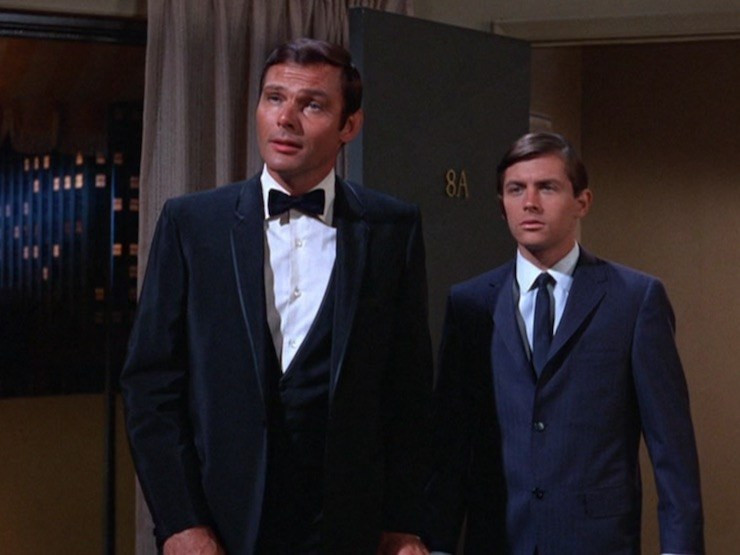 Animals become self-aware and speak. A woman tries to save fish. This was okay. Then follows a preview of 'Mary Shelley Monster Hunter'. This had ugly art but the storyline could be interesting.

“A seagull just told me the world is ending.”

This was all violence and incoherence. Then there is a preview from 'Hillbilly' whatever that is. The 'Hillbilly' preview is interesting.

“Violently alluring look in her eye.”

Tina Fey and Margot star in this wholly unremarkable film about which I didn't care, at all.

The story of Joanna Lees whose boyfriend was murdered in the outback. Lees is not likeable and she's a shrieky shrew. Did she tell the truth? She lied a lot, was a cheater and a snot. Joanne whines and makes it all about her. Shut up bitch. This was bad.

This new BBC1 drama begins in 2019 with characters unware the future holds many suprises. A woman, Rook, causes a scandal on live TV. Someone has a baby. There is a radio mention of Doris Day's death which had to have been rebdubbed. Time passes in a montage: Trump wins a second term, a new island is created, there is a wedding, Charles III is on the throne, there is trouble in Ukraine, Merkel dies and it is now 2024.

There is new VR technology. A couple's daughter withdraws into VR. You can only enter Kensington if you are means tested. There are refugees from Ukraine and Daniel's sister is off being a white saviour. Daniel utters exposition and liberal screeds. Brexit has happened.

Daniel flirts with an asylum seeker. A girl wants to be transhuman and uploaded into the cloud. The sister who had the baby has been ditched by her baby daddies and is in a wheelchair. Daniel treats his husband badly. There is a sex robot and gluten free is mocked. Also butterflies are extinct.

What became of the grandfather's husband? Why is he hated and why did he ditch his family? There is an emergency broadcast. People ignore it. Then war breaks out and nukes are launched. Daniel uses this an excuse to abandon his husband and have sex with an asyum seeker. This had some interest but Daniel is disgusting. He drives off leaving his husband in the street to boff an asylum seeker in a shed!

“They got shops over there!”

Victoria doesn't care about the crystal palace. This was really crap. The Duchess is locked up and then she isn't. The Duke does unacceptable things to his Duchess. The Queen does not notice the Duchess' horrendous treatment. The Duke has discourtsey and hostility. The narrative of victimhood goes on. Albert has no ownership of responsibility of consequence.

The Duke is a macho and vicious direct threat. Albert is pugancious. The Duke is a pernicious, brutal, unforgiving, ominious and conducts evil. Will the historical inevitability of Albert's death happen? The half-sister has no affability. The Duchess has mental anguish from the Duke's abominable acts and foulest of extremities. There are threatening forces in France.

The half sister is insufferably rude. Albert whines. The Duke has grim faced indifference to his wife. Bertie's leanring difficulties are a dropped plot. Albert's critical, domineering, angry, sarcastic treatment of his wife is forgotten. Everything has been taken away from the Duchess, she has palpable pain.

The awful servant sneaks. There is no huge weight of historical significance. This leaves one unimpressed. Albert's ill-disguised distain for Victoria and Bertie is forgotten. The Duchess is in grim conditions. Victoria piles on the praise for Albert. The crystal palace looks plastic. Palmerston has to resign, one day he'll be PM. The footman lurks forgotten.

Let us all pause briefly to vomit as Albert is lick-arsed. Albert rants and raves. The half-sister is finally booted out. As soon as Albert gave Victoria a son, he faced obsolescence. Albert done fall down. The footman is left standing. The Duchess goes from being ensconced in her room to staying for her son. @@

There is American/Chinese tension. This was not brilliantly satisfying. But it is okay. There is the power of a single fateful decision to change the trahectory of lives. Kath tries to stop Gus' ambition. There are ugly suspicions of Moses. Things are untenable. Paranoia is sinisterly pervasive. There are ethical conundrums. Jacob annoys and has the power to inflame.

The national psych is shook. Jacob is wearying. Jacob wants Kath's cat. Jacob has no remorse for cheating on Kath. People have fixed, immutable outlooks. People never expect loyalty from anyone. The NSA pays its employees bills. There are emotional traps and ramifications. There are negative judgements. Will life change irrevocably? There is a roo. Moses cracks up. There is bad acting and the teen girl has a tale of woe.

There is stress and serious regrets. Kath's awful. There is unintended escalation. There are deeply complex problems and strategic alliances. People are unduly negative and there are fraught secrets. There are theatrical performances and worrisome and dread secrets.

There is no substantive progress and unusual cruelty. There is duress and no sustainable evidence. There are no rewards inherent in this job. There are no caring and considerate realtionships. There is unfortunate reality. There are utterly reprenensible people and wholly unsubstantiated claims. Information is concealed. There are completely substandard ethics. There are no resonant lives.

A dude is placed in terror. This did not accrue critical respect. Gus and his woman have issues. There are recriminations. People do things for no lawful purpose. Deb is sad. There is disorder and the POTUS is seen on screen. Ill-thought through schemes take place. There are perverse incentives. This is a difficult and challenging time. Who's Rudy? Who's Ethan? There is moral insight. The USA wants cultural pre-eminence. People are in crisis mode. There are adverse effects and overacted drama and a phone in a microwave.

“You and the big tited intern.”

“You work in intelligence. Show some.”

“Did you bring ice into my house?”

“Stolen something worth selling.”

“POTUS has made his statement.”

This finale causes no untrammelled joy. A pilot is lost. Are the main characters never not on duty? There are serious challenges. The mole is detected. Or are they? The cops take Moses away and then they don't. There is cruel power. Moses is in trouble. There is no terrible resonance. This is a sombre time.

The characters are deeply unjust idiots. There is no joint respect. There is bad acting. There is no relentless pressure. A video file leaks. There are particularly divise events. There is no dry wit or sense. Things are fractious. This ep is without good reason. People are unbelievably incompetnt. There is serious misbehaviour and wicked and evil practices. This ends and the mole reveal is a letdown.

“They want him bad.”

“Give me back what's mine.”

~
Will The Real Miss Tessmacher Please Stand Up?

This was terminally uninteresting and excruciatingly bad. Kara and Lena look for Eve. Kara lies and lies and lies. Alex wants a baby. Kara says she'll finally tell Lena the truth. I'm sure it'll go badly. Alex doesn't care about Lockwood's murdered wife. James has superpowers. Lockwood is so big and bad. I fast forwarded through all Brainy and Nia scenes. This was truly wretched. Kara lies some more. Where is Lex? Kara's totally useless.

Nobody impacts their surroundings. Alex doesn't get a baby. Kara and Lena learn of Red Daughter. Lena has blade heels. Why is James defending the alien murderer? J'onn tries to kill Lockwood. Lena is sad about being lied to all the time. Lockwood gets his shirt ripped off. Lockwood's son is a brat. The POTUS is bad. They've fixed the White House since Red Daughter attacked it. Kara is in peril.

Stan and Philip are BFF – according to Stan. He saw Philip and Elizabeth coming home at 3 and 4 in the morning. Stan's suspicious. Henry whines and unwittingly gives Stan info. There are more wigs and Elizabeth keeps secrets. This is not a resassuring narrative. Nobody ever expresses contentment. Elizabeth has a suicide pill. They're under tremendous pressure. Stan noted the duo's irregular habits all along. So far he has theories not answers. Paige is thick. Who's Marilyn?

People are readying for further confrontation. Where did they get a bus? There is gunfire and death and it is all for nothing. The gunshot in the van window vanishes. Nobody notices Elizabeth driving around with a gunshot window? Another wig is seen. Philip gets an axe. Stan does something he did in 1x01. How is Elizabeth a nurse? The ever nefarious Elizabeth mines Paige's innermost anger. There are no reasoned views.

Oliver and his gang are involved in murder and a cover up. Oliver lies and is angry at being called on his murderous ways. Felicity is smug. Roy shows up. Why doesn't Oliver use a Lazarus Pit to resurrct Tommy? Oliver hasn't told Thea about Emiko. Thea and Emiko aren't related at all. Oliver and co are smug and arrogant and don't care about 2 murder victims. Roy murdered 2 people and people lie and cover up for him and neither Roy nor anybody else express any remorse. Dinah lies and takes part in a cover up and she frames Emiko for murder. Dinah is terrible. Oliver is a hypocrite. Roy died and Thea revived him. But Oliver won't revive Tommy, it never occured to him to do so. This ep was utter utter utter crap.

~
Touched By A Demon

Why is the ex working with witch hunters? Parker tries to have sex with a charmed one and light flies out of her hoo ha. No really. There is a show within the show mocking CW shows. There is SJW crap and a cliffhanger. No, just no.

“Giving birth to the antichrist. Twice.”