There is exposition. Eddie Brock isn't Venom anymore. Brock is Carnage now. This intrigued. Spider-Man and the other Spider-Man bond over pizza. Fisk is mayor. This was okay and it has some compelling and disturbing elements.

“So you guys can do the big team-up thing.”

“He's their god. They imprisoned him inside their planet.”

“Trying to get into the old Avengers tower.”

“I ain't feeling too patient.”

I've no idea what's going on here. There's a prison galaxy and time travel. Stark behaves in a hubristic arrogant fashion, as always. This was life-numbing. Meanwhile Wolverine kills people as does Elektra. This was not vastly consequential. I've no idea what is going on. This was not pathos rich and it has no unsettling gravity. This was an abject failure and trails of mayhem are wreaked.

“Hell's gonna take whoever I find.”

This is like 'Marvel Zombies'. This 6 part saga kicks off. Darkseid is evil. Why doesn't Superman lock him up? Dick Grayson is Nightwing and not the shot in the head loser he's been made into in his own title.

Batman is a fascist jerk. Green Arrow and Black Canary are seen. Darkseid plots. What is a Motherbox? Who is Black Racer? The zombie apocalypse is unleashed. Superman and Lois Lane have a son. After living lives based on obedience and submission and living their lives to please Bruce, zombie Tim and zombie Dick eat him alive. This was good. This tells us something rather terrifying about the future of humanity. The biohacking spreads.

“Superman breaking the jaw of a god.”

“I thought that was going really well, right up to that last ominious sentence.”

“Were you just waiting in the corridor to make a good entrance?”

“The world is screaming.” 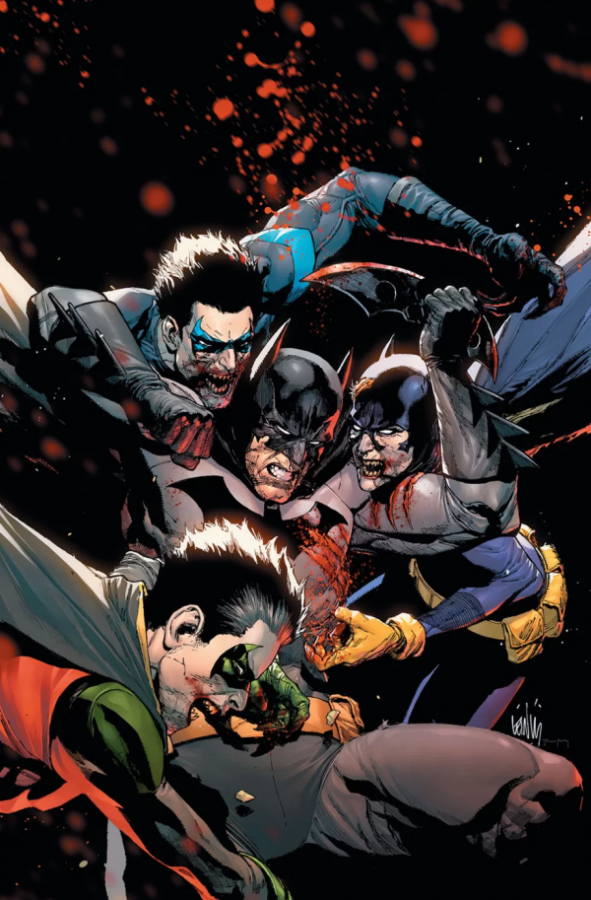 There's a campaign trail, SJW crap and Maggie Q joins the CIA. I still hope Kiefer will turn out to be the big bad.

“If you run and you lose, that's your legacy.”

Am interested. They're doing the multiverse now? MJ knows?

Who saw 'The Matchmaker', 'Death Wish IV', 'The French Connection', 'A Short Film About Killing' or 'Saving Private Ryan.'?

There are peach sapphires, pink sapphires and black diamonds?

I feel unimaginable grief for the way my ex has treated me. My ex threw everything away and I'm deeply dispirited.

“Told to leave the estate, or harm will come to them.”

“Have no idea what we are walking into.”

“Invasion was a real possibility.”

“Set out with spade and archaeology stick, poking at the ground. Amazingly they found stones on day one.”

“Signs of homelessness coming into the classroom.”

“Exclusion zone that is still considered too dangerous for human habitation.”

“Resent being bullied into getting active.”

“We all benefit from fresh air, which is why houses have windows.”

“Tiny, misty rock on the outskirts of Europe.”

“They've always had it in for me – ever since I turned up at your debs covered in hickeys from another girl.”

“Bearing the grudges of their class origins,”

“Inability to empathise with others.”

“Where the most printabale of his comments was.”

“Pretending to need this guy really brings the team together.”

“I don't have a girlfriend.”

“Clint you've had a tough week. We won't hold it against you if you can't get it up.”

“I've done the whole mind control thing. Not a fan.”

“I totally support your Avenging.”

“You don't think they need you.”

“The weirdest thing science ever created was me.”

“Your tone is oppressive.”

“Mafia of the mediocre.”

“Why are you agitated?”

“Made life choices in the best interests of others.”

“All the terrible things that were going to happen, had not yet begun to happen.”

“You had to buy your own music as a kid, you listened to it until you liked it.”

“The bitterness of the daughter who's always been the good one,”

“No one voted for him. Or listens to him.”

“A world full of potential verbal and physical attacks.”

“Waited for an apology from her father for most of her life.”

“Isolated by his haughtiness.”

“Learnt their moods, and learnt their ways, so that you can know how to defend yourself against them.”

“Spell of his favourite broken.”

“Dead in the eyes of the state.”

“All the success in relationships and jobs they once hoped for has not quite happened.”

“How to convey its danger in a far-distant future when all current languages might be obsolete.” 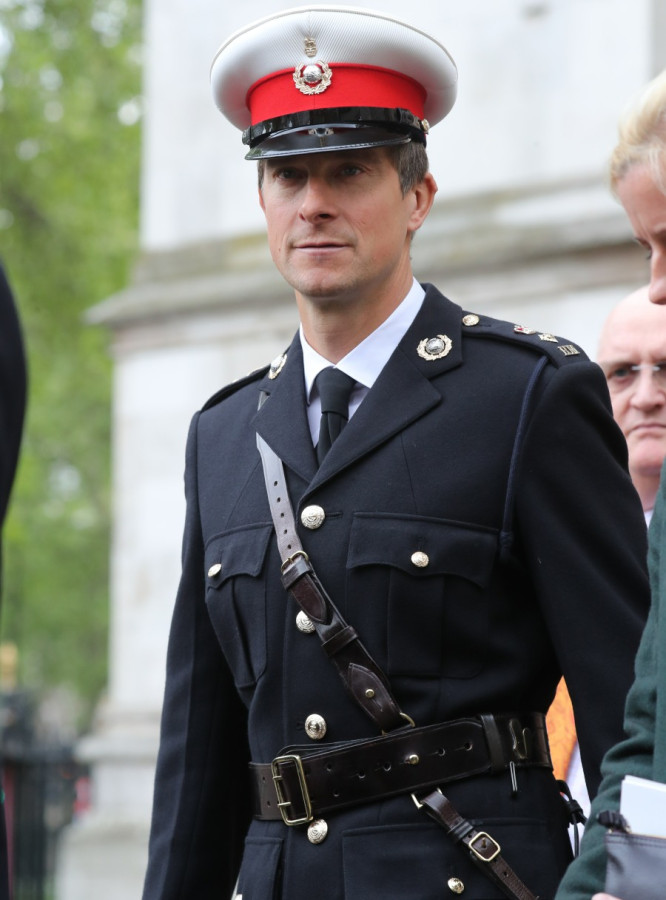 There is no hidden significance. Mitch delivers his lines with varying degrees of intensity. Matt is the nastiest, meanest, pettiest tool who makes incautious life choices. There is no sincerity or purpose. One wants Matt gone. The dominant narrative is sex jokes, gay jokes, fat jokes and the male gaze. The Olympic doofus Matt is shoe-horned onto the lifeguard team.

Drugs are being dealt. This was not demanding. The drug dealer is coercive. This does not go down well. The drug dealer wreaks havoc. There is shirtlessness, dune buggies, mortal danger and people are intensely loyal to Mitch. Matt has poisonous practices. Mitch expresses his distain for Matt. This was not emotionally challenging or gratifying. Matt is an idiot in need of love. There is bad and really obvious vfx.

Matt is never content to be ignored. There is narrative superfluity. Matt feels excluded from the general gaiety. There is no emotional core. Mitch has deeply held convictions. There are troubling undercurrents in the bay. Matt is desperate to rise in Mitch's estimation. There is sexism. This does not leave one impressed. This doesn't come to anything. Mitch mocks Matt.

There is bunny wallpaper, outtakes during the end credits, an idiot cop, bad plastic surgery on the old cast mates and this was incoherent.

“Where you from One Direction?”

“You don't need to look down there.”

“Vomited in the pool.”

“Snapchatting a dick pick or two.”

“Give you big boy pants to wear.”

“Why do our suits ride so far up our asses?”

“How far have you fallen?”

“So stupid and flawed.”

This true story stars Natasha Henstridge and James Brolin. A nurse is supected of murder by her stepdaughters. The nurse's name in reality is Donna, here her name is changed to Linda. Linda is a nurse to Brolin's dying wife who dies and Brolin dates Linda and gives her his dead wife's fur coat. Brolin's daughters hate Linda. Brolin dies and there are accusations and greed. 'Linda' was acquitted of murdering her husband but served with a civil lawsuit by her stepdaughters. It's unclear. Was she a golddigger and a murderer? Who knows? This was dull.

Barbara Stanwyck stars in this western melodrama. A rancher's daughter has creepy vibes with her father. She does malice and harm when a potential stepmother shows up. The gold digging stepmother wannabe gets scissors to the face. There is gun violence, death and this was melodramatic tosh.

“You taint the place!” 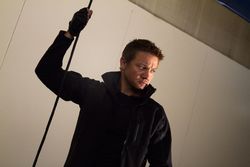 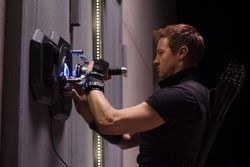 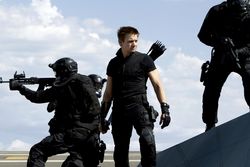 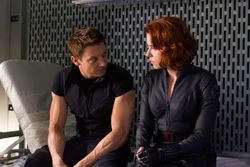 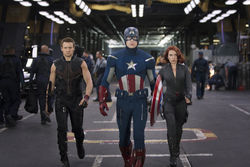 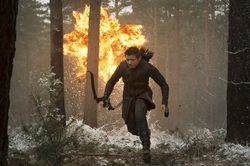 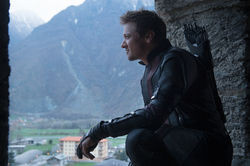 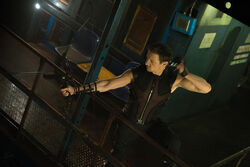 A tarot reader shows up. Is Nick to be trusted? Nick is marginally appalling. Nick sparks mistrust. Sabrina faces major issues of community acceptance. Nick, Sabrina and this show causes constant irritation. There are morally dubious actions and smothering neurosis. This show is a massive disappointment.

Veronica Cartwright guest stars. People take poisonous delight into being obsessed with their own moral righteousness. Lord Blackwood has an adversarial tone. Theo has drama. An era of ruin and calamity cometh. This was stultifying dullness. There are no tantalising thoughts and this was not brimful of intrigue or potential.

This was not bleakly believable. Calamitous fates await. People are romantically dysfunctional. There is no adulation. This was not emotionally difficult. There is talk of a family annilation. Morally unacceptable things happen. The tarot woman observes ominiously. But was any of what she said true?

Harvery meets a weirdo named Howard who sees monsters. Is Howard meant to be Lovecraft? This was inane. Lord Blackwood goes on about the old ways. There is a twist and is Luke DEAD? HOW?

“Very recently lied to me. About not doing something.”

“Getting ready to do something.”

“Harbingers of the void!”

There's been a shooting. Steve annoys. Kate's undercover and Hastings is angry. This was incredibly stupid. There is inanity and banality in this tedious ep. This was not wrenching. Hastings has moral supereriority. Was he a toxic devil commiting an astonishing betrayal all along? Possibly. Steve is implacably hostile. Reality is grim and sordid.

Danny Waldron takes out his bitterness on those around him. He's terrifyingly miserable. As of 5x06, Hastings is tragically wracked and still facing suspicion. There's death. Is Hastings really a viciously violent crimeboss? Possibly.

“I got an email from their lawyer that was 3 pages long.”

Things have gone quickly and disastrously wrong. The order of things has been shaken. This is not a matter of great consequence. Steve is extremely tetchy and profoundly bad-mannered. Was Hastings perncious, with a propensity for extreme violence and new levels of ruthlessness? There is a poisonous atmosphere. The season 2 AC-12 victim, Denton, is retried. This was dull.

Is Hastings still avoiding all detection as a corrupt crime lord as of 5x06? How is he still running AC-12? Hastings and Kate are not moral guides. Danny is revealed to have taken a heavy psycchological toil in a care home. Was Hastings causing harm and distress or was he grossly wronged by Gill?

Steve was complict in the persecution of Denton. Steve learns about care home abuse. This was unedifying and ultimately unsuccessful. Is Hastings immensely sinister and guileful? I think so. I feel intense dislike for Steve. This was utterly silly. Hastings is oddly uninterested into looking into historical abuse. There is a frame up. Denton walks free. Did Hastings violate public entrustment?

“We told coopers. And then we learnt not to.”

Denton gets an apology from Gill and Hastings. Kate and Steve won't apologise. They're awful. Steve lied about shagging Denton in court and to Kate and to Hastings, who is obviously hiding stuff. Dot frames Steve as the Caddy. Dot is the Caddy aka a crime gang fixer. Lord Hastings has a beer belly on him.

“Laid out for everyone to laugh at and pity.”

Steve's stupid. Nobody went to Danny's funeral. Steve yells at Hastings about being a Mason and covering up child abuse. Steve does reckless gun usage. Hastings lies about being a Mason and acts shifty. This was not daftly enjoyable. Is Hastings a systematic malicious liar and an evil genius outplaying and undermining his co-workers? Gill's badness is obvious. Is Hastings vicious and duplicitous and filled with menace? Steve sets out deliberately to cause trouble. There is death and an internet cafe.

“Certain allegations have been made against you.”

Steve's arrested for killing Denton. Hastings broods in his uniform. Steve's lies about shagging Denton are revealed. Hastings is smug, he's a man who outed an undercover office to an OCG which got him killed. Dot is exposed as the Caddy and gets a fellow corrupt officer to shoot up AC-12. Kate does a big chase scene and Dot dies. Kate is not so smart, she misunderstood Dot's dying words. This was full of padding.

“I intend to be heard sir on the record.”

~
Right To The Heart

The end. Ivanova is a General. There is no sign of Elizabeth. Vir is Emperor and has chaste threesomes. Delenn, Sheridan and Ivanova are into nepotism and mumbling. They are not accountable either. B5 is being shut down and blown up for no clear reason. Lorien pops up like a blister. Piss off.

“Did you think we had forgotten you?”