I missed issue 3. The art has changed and is ugly. Veronica is a vampire and Cheryl is accusatory and thinks it’s all an attempt at attention-seeking. Reggie lurks and Jughead is bothered by a vampire Moose. A vampire is pushed into a swimming pool full of holy water and then people get into said pool. Ick. There is no ready wit, just a giant spider. Reality is fractured, luckless teens are in peril and they are not particularly upset by vampires. They have no grief reactions; they remain indifferent and are not wrought with grief or panic. This doesn’t linger in the memory and is blithely unconcerned with logic. This was okay.

The Haunting Of Drearcliff Grange School by Kim Newman
This sequel to ‘The Secrets Of Drearcliff Grange School’ is an utterly appalling horror that is woefully wrong and not dazzlingly original or splendidly dramatic.
Best Lines:
“School wrong ‘un.”
“Terrible girls.”
“Persistent enough to come back time and again. Never quite defeated - even if shoved over a waterfall. If an arch-nemesis went to jail for a long time or died, their grudges were inherited by disciples or children or strangers who picked up their names and masks.”

‘Elseworlds’ promo
And?
‘Captain Marvel’ trailer
She’s a Kree? A cat! Aww.
‘The Magicians’ season 4
Cool!
‘Star Trek Discovery’ season 2 promo
Spock smiles?
I want an Assal X J Hunter pearls, a white gold, diamond and pearl necklace, John Lewis and Partners coupe glasses and a Gucci headband and an Esme crystal barrette, a crystal hairslide and a crystal bow comb.
What are waffle fries?
Amuse gueules.
Who saw ‘The Right Stuff’, ’Wyatt Earp’, ’Bad Taste’, ’Santa Claus: The Movie’, ‘The Big Easy’, ’Girls Don’t Cry’, ’Kids’, ’Anna And The King’, ’Chicago’, ’Falling Down’, ’Casino’, ’Krull’, ’Thoroughly Modern Millie’, ’The War At Home’, ’Prince Of Tides’, ’Body Of Evidence’, ’The Mod Squad’ or ‘Great Balls Of Fire’?
I’d try fried cheese, a ginger milk ice-cream, chocolate & Christmas pudding parfait, beer BBQ sauce, tomato gravy, Creole mustard, red chilli mayo, Italian chow mein and The Bone In The Stone.
There’s chocolate salami?
‘Man V Food’ Quotes:
“Doomsday meat parade.”
“Meat candy.”
‘Sky News’ Quotes:
“Street disorder.”
“Rather than a message he should heed.”
“Hold him responsible for the crisis.”
‘South Park’ Quote:
“Real guitars are for old people!”
‘The Sunday Times’ Quotes:
“Trustworthy/untrustworthy look.”
“The life they will never live.”
“The fate of whom no one knows-”
“Struggling smokestack industries.”
“Industrial blight.”
“Won this country’s wars.”
“You don’t go missing in Copenhagen.”
“Throwing hammers.”
“Completes a neighbourhood.”
“Bumpkin cousin.”
“Went to war with the state.”
“Nearr total reliance on family.”
“Initiated member.”
“Nothing to draw attention.”
“Clan feuds.”
“Any alternative authority that could not be corrupted.”
“Beaten just for stepping out of the house alone.”
“Willingly ate kale.”
“I have been erased from other people’s lives, just by not being present.”
“Cultural tenacity.”
“Every tree was an enemy.”
“Landscape of devastation.”
“Conservation concern.”
“Disables snare lines.”
“We don’t confront, we explain.”
“Wants us out of his life.”
“Celebrated the fact that I was reacting.”
“Feminocentric domesticity.”
“Seasoning the water properly.”
“Peel, chop and parboil anything peel able, choppable and parboilable.”
“Ovens often struggle when they’re rammed.”
“Christmas dinner is only a normal Sunday roast with delusions of grandeur.”
“Spoke never a word to each other.”
“Elaborate screen worlds that don’t exist.”
“War has destroyed most of civilisation (as they often do).”
“Men I’d known all my life ignored me on the street.”
“True love and preferred wife.”
“Erstwhile soulmate.”
“Pub persona.”
“Convinced of his own genius.”
“Car-park sport.”
“Happiness spells danger.”
“Fan-forward viewing experience.”
“Disgrace-free.”
‘Diners, Drive-Ins and Dives’ Quote:
“Heaven on a stick.”
‘Man Finds Food’ Quotes:
“I would eat that on shoe!”
“Very ‘Jurassic Park’ vibe.”
‘The Irish Times’ Quotes:
“Still embedded in the functions and infrastructure of the state.”
“Does not leave them in a position to be trusted.”
“Shoved outside of society, away from family, banished from communities.”
“Seemed headed for history.”
“Misread the anger and frustration of voters.”
“Refuse to be discarded.”
“To be at the centre of the public scene and debate.”
“Unable to hold themselves accountable.”
“Pathological need to be relevant.”
“20 yellow vests sat in a circle to protect the flame of The Unknown Solider.”
‘Dr Phil’ Quotes:
“Tried pushing me into the oven.”
“Seed of satan.”
“Can’t bring him back into the house.”
“He’ll eat vomit.”
“Threw a rock at your head.”
“Attention black hole.”
“Impactful experiences.”
“Co-exist with him.”
“If you’re a golddigger, you’re not a very good one.”
“Marital dissolution.”
‘Tales From The Darkside’ Quote:
“You on drugs son?” 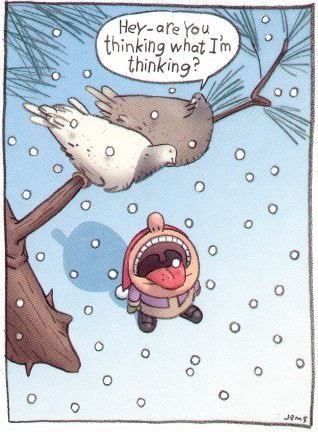 Hail, Caesar! (2016)
Josh Brolin stars in this unrewardingly convoluted, generic and derivative film. Brolin slaps a woman and George Clooney is dim. There is crazy conniving and nefarious plots. Ralph Fiennes, Scarlett Johansson, Channing Tatum, Christopher Lambert, Clancy Brown, Robert Trebor, David Krumholtz, Robert Picardo, Wayne Knight and Agyness Deyn also star.
Best Lines:
“French postcard situation.”
“The dusty streets of Bethlehem.”
“Writhed under the Roman lash.”
“Divine presence to be shot.”
“Dust actor.”
“Recline with the lyre!”
“With extreme taste!”
“Do I look married?”
“How am I? wet!
“Fit in that fish ass.”
“Strap on a fish ass.”
“Aquatic movies.”
“Haunted by unspoken suspicions.”
“Mirthless chuckle.”
“Emotional climax”
~
Day Of The Dead (2008)
Mena Suvari, Ving Rhames and AnnaLynne McCord star in this terrible remake. Contentious people are under constant stress from zombies. This is not a sustained sinister remake. There is no long standing consequence as zombies attack. Quality is ultra elusive in this outlandishly ludicrous dispiriting mess.
~
13 Sins (2014)
A man is harassed by his awful boss (Richard Burgi), his idiot brother and dumbass father. He’s offered money but there is a catch. I DID NOT CARE
~
Children Of Men (2006)
Okay and has the world's shortest car chase.
Collapse