‘Arrow’ 7x03 promo
Oliver and Diaz have issues and coercion. There is no provocatively complex moral position.
‘Escape Room’ trailer
People are invited to an escape room. It goes badly for them. Who is paying for this?
Best Lines:
“I think this is the escape room!”
“Well that’s creepy as hell.”
“Talk about immersive.”
‘Z Nation’ 5x04 promo
Warren gets a gun.
‘The Heist’ promo
No.
Best Line:
“Lying little viper.”
‘Bird Box’ trailer
Seems different than the book.
‘The Purge Shopping Channel’ clip
Ha ha ha ha HA! The cake, the American beer joke, the figure that looks like Trump and stain depurgent! His and hers matching body armour. And dog body armour!
Best Line:
“I don’t want him to get out of the hospital.”
‘Riverdale’ 3x04 promo
Aw.
Brie - okay.
Shane West as Bane on ‘Gotham’ looks like a ‘Mortal Kombat’ reject.
What’s a tomato pie?
Recall Web Rings and Web Counters?
I won’t read ‘Take Me In’ or ‘Kill The Queen‘.
They’re rebooting ‘Pirates Of The Caribbean’ and ‘Night Of The Comet’?
Recall ‘Captain Planet And The Planeteers’?
Who saw ‘The Basketball Diaries’ or ‘Total Eclipse’ or ‘Frogs‘ (1972) or ‘The Savage Bees‘ (1976) or ‘Terror Out Of The Sky‘ (1978) or ‘Q: The Winged Serpent‘?
What are spice burns?
Alyssa Milano was originally meant to play Buffy in the 1992 movie? And Joan Chen was to play Amilyn.
‘Wonder Woman 2’ delayed til 2020? Why?!?
Read a ‘Designated Survivor’ casting spoiler.
‘Sky News’ Quote:
“Vacuum of hard facts.”
‘House Of Cards’ Quotes:
“He’s an unlucky person.”
“Always has been.”
“Shift the suspicion.”
“Before you react.”
“We’ll make up some story.”
“Drink?”
“I’d rather not.”
“This won’t end well for him.”
“The people that don’t like us.”
“Feeds off retribution.”
“Tom, don’t cheat on my wife.”
“You portrayed us like a couple of monsters.”
“I don’t want him to be President.”
“Did you take care of it?”
“Yes. That’s what I do.”
“You can call me Doug.”
“I’d rather not.”
“Change your tone.”
“Even Nixon did that.”
“They’ve looked the other way but for how much longer?”
“I’m going to give you a moment to take that statement back.”
“We don’t live in a home. We live in a House. Borrowed and temporary.”
“I made a terrible mistake.”
“The level of threat is just too high.”
“I don’t care about feelings.”
‘The Irish Times’ Quotes:
“High expectations of myself in how I should perform in every area of my life.”
“People around her could see how traumatised she was, but were choosing to ignore it.”
“Generational cycle of chaotic lives.”
“Less than subtle undertones of expectation.”
“Coup-mongering.”
“Reeked of fascism.”
“Controversial declarations made by his inner circle.”
“Useful pretext.”
“Self-refer.”
“The odd granny. And you, really.”
“Isn’t a scenario of their making.”
“Sense of pessimism about ourselves and others.”
“Unprovoked steps.”
“Does not have a position to negotiate.”
“Confined at home.”
“Lost all we had.”
“Really strong negative identities.”
“Reinforce the prejudices of contributors.”
“Nothing less will demonstrate remorse.”
“Ground-fruiting.”
“Driving retirement.”
‘A Dangerous Dynasty’ Quote:
“Day to day ghastliness.”
‘Spartacus: War Of The Damned’ Quotes:
“Bend the course of history.”
“Claim false laurels.”
“Mad cause.”
“Bring us all to our doom.”
“I find your tone displeasing.”
‘Aertel’ Quote:
“It’s in the newspaper so it must be true.”
‘The New York Times’ Quotes:
“All carrying cyanide capsules to swallow if captured.”
“Fact-flawed.”
“Hampered a clear and full historical reckoning.”
“Famously made art out of a urinal.”
“Intention and authorship.”
“Lengthy but largely abstract diatribe.”
“Fear of reprisal.”
“Factually flawed.”
‘Urban Myths’ Quotes:
“I’ve had Sinatra’s guys hold me off a balcony in Vegas.”
“He doesn’t want the diamonds. What is he? Liberace?”
~
On ‘Hollyoaks’: Romeo’s a tool. Sinead’s back and I thought she was Cindy at first. What about Nancy’s brain injury and MS? Where’s Sinead’s daughter Hannah? The opening credits have been redone. Ste learns Harry’s been cheating on him with James. Ste is angry. He’s a cheater! Harry and Ste are married. Harry is Ste’s THIRD husband. Nobody mentions this.
There’s a storm and tornados in Hollyoaks. Ste cheated on Doug and JP and then stole JP from James. He also ‘cheated’ on Sinead with Harry. Lily’s fickle. She has no idea of service or commitment. Mercedes is back and still a slapper. Tegan’s dying. Again. YES! Why isn’t Sami in jail? James calls Ste “a tracksuit hanger” and has learned Romeo is his son. Mac has shaken off his locked in syndrome.
Sinead has a husband? Leela the town whore judges Harry for cheating. Leela is a hypocrite. Tegan judges Harry, Tegan who stole Leela’s first husband. Tegan who faked a baby’s kidnapping. Tony and Mercedes bring up each other’s sexual shame. Where’s Bobby? Lily falls into the pond. Oh die already.
Sinead’s new surname is Shelby. Does she live near Hollyoaks? Why haven’t Diane or Tony ever visited her? Mac claims to be changed. But then he gurns evilly during a lightening strike. So no. Why is Ste blonde? Why is everything always all about Ste? When is Mac’s doom coming? Will Ste stop being violent and thankless? Ste’s indignant. James has a smouldering aura. Ste’s lived a lifetime of indulgence. There is not even a vague notion of sense. Ste kicks off. Sami and Sinead will hook up despite her chavvy tattoos.
Best Lines:
“Doused in cheap aftershave.”
“One of your other wives.”
“Who is we?”
“Surprise! Surprise! She lied!”
“Ruined my life again!”
“Crying cos the wifi’s down.”
“I’ve got a wedding to ruin!” 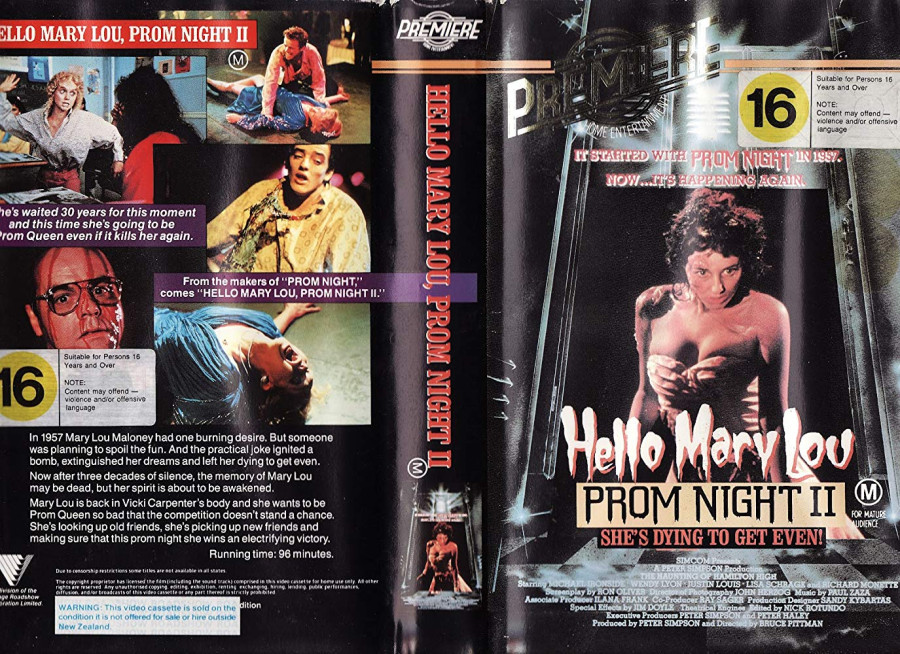 Marshland (2014)
This is a miserable Spanish movie that is heinous.
~
The Fog (1980)
An okay horror about fog that hides vengeance.
Best Line:
“Ain’t gonna like finding me home.”
Collapse