‘Crikey It’s The Irwins’ promo
Aaahhh.
‘Doctor Who’ 3x12 promo
Derek Jacobi and John Barrowman guest star.
Best Line:
“No timelord’s ever come this far. We should leave.”
‘The Little Drummer Girl’ promo
WTF?
Best Line:
“Is this real?”
‘Mercy’ trailer
Family strife. Looks interesting (it isn’t).
‘The Chalet’ trailer
A French show about people trapped in a holiday home with a murderer. No.
‘Supergirl’ 4x03 promo
Yawn.
‘Berlin Station’ promo
Mmmm.
‘Surviving R. Kelly’ promo
“That’s not acceptable nowhere. Nowhere.”
Walnuts & pecans - okay.
Made peppermint fudge - it didn’t turn out well.
Glacier mints - okay.
WTF is baking spray or marshmallow cream? There are edible markers?
I want to try a volcano hot choc at the Rim Café in South Philly and ice cream on the Jersey Shore.
Who saw ‘Casper’?
Stephen King thinks ‘The Tommyknockers’ is bad?!?
Selma Blair has MS?
‘Sky News’ Quotes:
“Mobile autopsies.”
“He somehow got killed.”
“Moral decision.”
“Making horrendous situations even worse.”
‘The Pioneer Woman’ Quotes:
“Fixing fence.”
“Big plops.”
‘Total Divas’ Quotes:
“I love a good dive bar.”
“Monetary gain.”
‘The Simpsons’ Quote:
“My first hug. I like it.”
‘Happy Together’ Quotes:
“An inspiration to bland women everywhere.”
“The most famous cougar on the planet.”
“Some old lady with her original teeth.”
‘The New Yorker’ Quote:
“Speaks only as necessity dictates,”
‘Great Lighthouses Of Ireland’ Quotes:
“End of generations of tradition.”
“Know how life was lived then.”
‘RTE News’ Quote:
“Outrage to any decent person.”
‘TVNow’ Quote:
“A low sport.”
‘Tales From The Darkside’ Quotes:
“Always the wrong people die.”
“You know what a triple burial costs these days?”
“I don’t think I want to do that.”
‘Word Processor Of The Gods’ Quotes:
“We’re a payment behind on the Betamax.”
“Perhaps something about his smile deterred her.”
‘The Irish Times’ Quotes:
“Fuel-poor households and the affordability of warmth.”
“They only told us lies.”
“The monster who would come for us.”
“Could provoke or respond to it.”
“Not been engaging in any form of communication.”
‘Dr Phil’ Quotes:
“Kidnapped me for my house.”
“Smashing Craig’s cell phone with an axe.”
“Stole his wife and took over his house.”
“Wrecked our family.”
“Stole his wife and his life.”
‘Rome’ Quote:
“Sacrificial portents.”
‘House Of Cards’ Quotes:
“You’re still here. He’s not.”
“Do you believe me?”
“Not for a second.”
“People we should have kept closer.”
“No, we’re not safe.”
“I’m done trying to win over people’s hearts.”
“We can work with fear.”
“He’s not here.”
“Then get him here.”
“They mistake complaint for leadership.”
“There’s no coming back from this.”
“I trust ambition.”
“Aren’t worthy of my trust.”
“Your dumb dead wife.”
“Bumbling idiot that you are.”
“Legacy of nothing.”
‘Buffy The Vampire Slayer’ (1992) Quotes:
“In a graveyard with a strange man hunting for vampires on a school night.”
“Assert your personhood!”

"The thing from another tax bracket."

"Are you adressing I?"

"I choose to be shopping?"
~
On ‘Hollyoaks’: Rick Astley had a cameo as Kim left the show. Liam Donovan’s back (played by a different and even more inept actor). He’s a gangster now who likes to intimidate Kim, Maxine and Farrah and talk about starting a war with them. FFS.
Best Line:
“They’re all mad cows.” 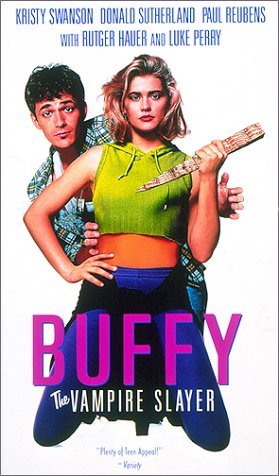 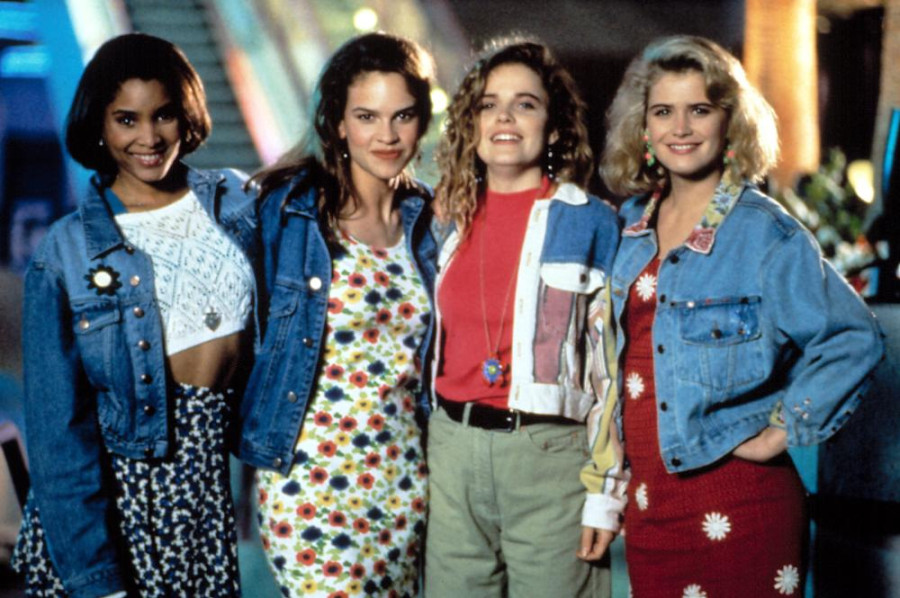 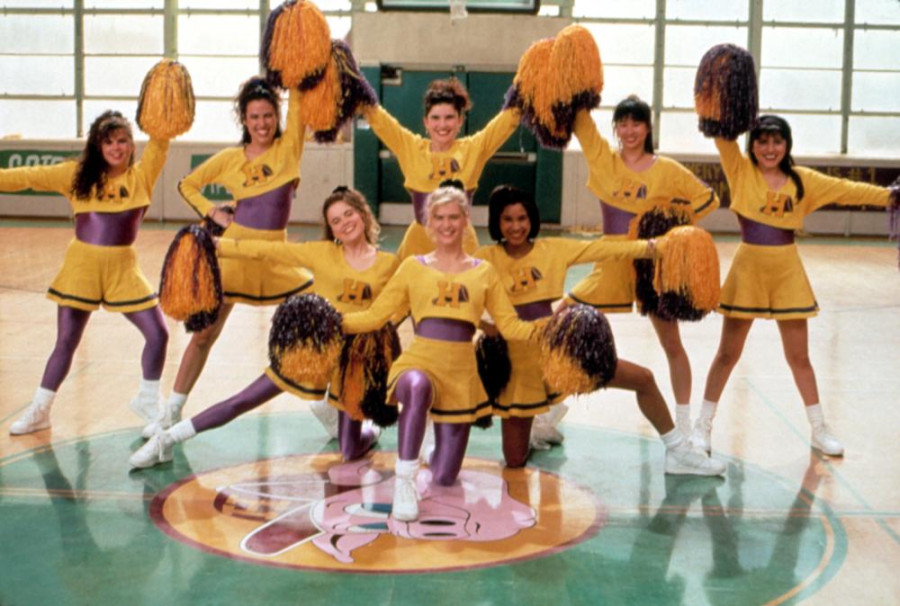 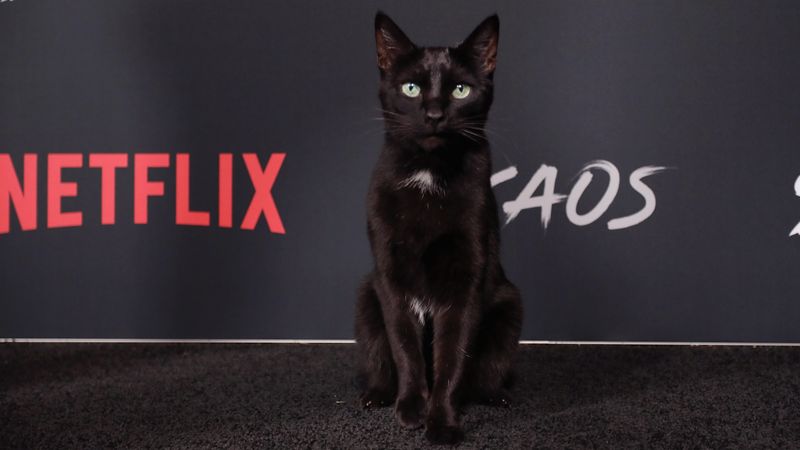 Now You See Me 2 (2016)
There is exposition and a flashback. People want revenge on the Horsemen. It’s a year since the first one. Nobody has a willingness to contribute to society. Dylan’s still a bumbling FBI agent until he isn’t. Where is his love interest? A manic pixie dream girl named Lula replaces Henley. The Horsemen gurn and they are unable to find their purpose in life. Baddies have nefarious intentions.
Lula is loud and annoying. The baddies don’t bother to look for Henley. The baddies bother Lula; she had nothing to do with the events of the first film. This sequel is disimproved. Dave Franco, Daniel Radcliffe, Lizzy Caplan, Tsai Chin and Jay Chou run around. The baddies foment resentment against the Horsemen in poisonous obsessive ways.
An identical twin brother pops up. A twist makes no sense. This film should be a franchise ender. A bad guy (Radcliffe) annoys. There is no moral conflict and no moral code. People blather about Channel 1 and somehow do a worldwide streaming event. How? There is no magic in this just stupid stunts. Why is the FBI running around London with guns? This bores and the ‘magic’ is unimpressive. The ending is ridiculous.
Best Lines:
“Another sad attempt for attention.”
“Womb mate.”
“That’s really creepy.”
“Came into the world with the wrong family.”
“An empty experience.”
“Is it supposed to taste like that?”
“No. It is not.”
“Floozies around to impress.”
“Personal motivations.”
“30 year revenge plot.”
~
Mercy (2016)
The second husband and 4 sons of a dying woman clash in this rural thriller. There is an axe, money and greed. The family are alarmingly uninvolved. This makes no sense. I’ve no idea what this crap was about.
Best Lines:
“That degenerate outside.”
“Assh*le brother.”
“Your dad. Not mine.”
“They made him stop.”