'The X Files' 11x02 promo
A parallel world, Skinner being annoying and CSM and William. Mmmm.

The Scarecrow Of Romney Marsh (1963) part 1
This is based on the ‘Doctor Syn’ books and is also known as ‘Dr Syn, Alias The Scarecrow‘. This is a Disney TV show that also recut into a movie version. A vicar (Patrick McGoohan) is also a smuggler in a bizarre mask. There are revenue men, press gangs and no emotional displays. Customs & Excise lurk. There is no prudent feat and I don’t care.
Best Lines:
“Tweak King George’s nose!”
“What are they, ghosts?”
~
2x03
It is the mother’s birthday and her children are less than enthusiastic. Gerry is dirty and this wilfully avoids reality and does not incentivise people to care. This was not lustrous. The curiously stone faced Leslie bores, Larry has handsome hollowness and this was not emotionally satisfying and has no gritty realism. Gerry has a hedgehog and otters.
The glaring fact is that this is not faithful to Gerald Durrell’s books let alone the true story. The mother is gagging for it. Nobody is convivial. Margo has comedy acne and her bra is visible and that would not have been acceptable in the 1930s. Larry lazes around. There is resigned irritation and grumbling resentment. People grimly smile at an unwelcome announcement.
Best Lines:
“Settle for anyone half decent.”
“Do you normally walk pelicans?”
2x04
Larry has mumps and wants to marry the disgusting landlady. Larry was already married at this point! There is a storm. Quality seems beyond the capabilities of TPTB. I was not very interested. Two horrible old women visit. Donald the creepy tutor hangs around looking like a Nazi spy.
This is not an escapist release. Where is Leslie Caron’s character? Leslie is stupid, TPTB ignore how he was a wideboy spiv chancer who died estranged from his family. There is a rabbit sitting in a drawer.
Best Lines:
“Come back and talk to me about Proust!”
“Venice was closed for some reason.”
“Beware all ye who enter this place.”
“Somewhat outré home.”
“Half the nativity.”
2x05
Leslie Caron shows up. There is a cricket match and no logical structure to this as the landlady stalks Larry. The actor who plays Larry really wishes he was Benedict Cumberbatch. Leslie wears a bathing suit that looks like a lampshade. This was relentlessly terrible and tedious. Spiro is the comedy foreigner.
Best Lines:
“Reading has a Brazilian quarter?”
“Dull as buggery.”
“Please drown.”
~
The Suburbia Affair
The 2 bachelors, Solo and Illya, move into an ugly house. Didn’t ‘The X Files’ do this plot? Solo forgets Illya is Russian. A milkman is overly friendly. Illya’s accent shows up briefly. Solo and Illya are sprayed with milk. Victor Borge guest stars. People drop exposition about Thrush and anti-matter. Illya wants to make a soufflé. This has no frosty intelligence. This much discussed ep was highly anticipated.
Waverly and Solo aren’t suitably commanding. People have already decided that Solo and Illya should be treated as a threat. Illya is overly emotive. Solo is a diligent perv. A woman is manhandled. Illya drives an ice-cream truck. This was good sugary fluff that is not incendiary.
Best Lines:
“We don’t drink milk.”
“Napoleon and I have an arrangement.”
“We’re doing it too.”
“Writhing on the floor by now.” 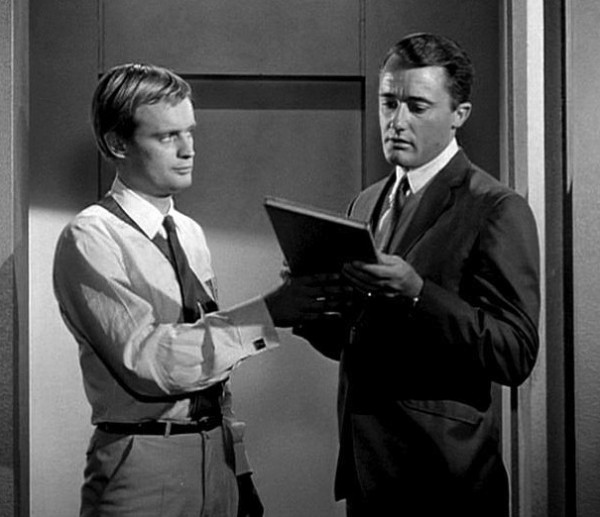 The Deadly Smorgasbord Affair
Solo is a letch who wears a hideously ugly brown coat and talks about panty raids. Kids dance to some bizarre take on London Bridge Is Falling Down. Where is Illya? There are odd accents and the vicissitudes of the world. This was not heart-wrenching.
There is no fun sauna time for Solo. This was not sombre and has no lethality just false pretences and boredom. The cute Ron Mitchell shows up, he only has 2 acting credits and this is one. There is a really irritating alarm and the plot is nonsensical. UNCLE has terrible security and no wonder this season was much reviled as this ep is unburdened by anything resembling logic or reason.
Best Line:
“Saves us thousands in phone bills.” 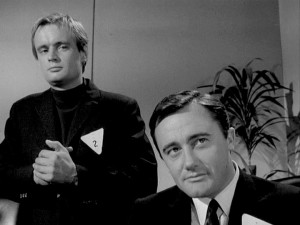 The Yo-Ho-Ho And A Bottle Of Rum Affair
An idiot sea captain who rants and doesn’t listen gets way too much screen time. Illya is stuck on a ship and Solo is still unsurpassed in being a useless jerk. This show does not realise its boundless possibility. A tidal wave device is out there. Solo’s predominant mood is not that of worry.
Illya and his cheap black suit is meticulous. Is there a parody of Scotty from ‘Star Trek’ in this ep? The ship’s Scottish engineer is called Scotty too. Mmm. Solo pervs over a woman. Illya is menaced. Solo dances on an orange shag carpet. This was not lunatic farce.
Best Lines:
“Dare to bare contempt for me.”
“Get a haircut!”
“I want you.”
“You haggis-bashing grease monkey.”
“Further conversation between us appears to be superfluous.”
“Floating sweatshop.” 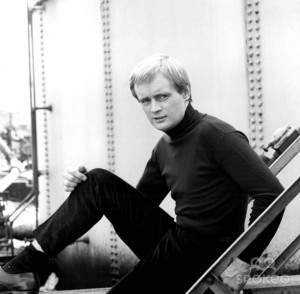 The Man From The Diogenes Club by Kim Newman, part 3
Cold Snap
Good and evil form a truce to take on an imperious villain and the spirit of Cold. This was very good and a formative experience for some.
Best Lines:
“This was his fault. Most bad things were.”
“The Diogenes Club had seen Derek Leech coming for a long time,”
The Man Who Got Off The Ghost Train
Richard tells the story of how he met Vanessa. There is a ghost train and this was tiresome.
Best Lines:
“He dressed like the sort of youth the Daily Mail reckoned would smash your face in-”
“Invented within recorded history.”
Swellhead
There is ill-will, an island and an unexpected super-villain. The old duffer, Richard, comes out of retirement. This was good.
Best Lines:
“The Walter Sickert on the wall - saved from Patricia Cornwell by public subscription.”
“If you think I like making ominous pronouncements-”
~
Airport by Arthur Hailey
This was okay if dated and has no resonant emotional core.

Family Weekend (2013)
An OCD over-achieving teenage girl who is a skipping champion lives in a mcmansion and is ignored by her self-obsessed parents (Kristin Chenoweth and Matthew Modine) and eccentric siblings. The mother is a cheating work obsessed horrible shrew and the father is a lazy pot smoking artist vegetarian who won’t get off the couch.
A 9 year old playacts at being Jodie Foster in ‘Taxi Driver’ and no one seems to care. So the heroine drugs and ties up her parents to save the family. That plot can be accepted but the fact that skipping championships are a real thing is a stretch. The heroine enlists her useless siblings to help. People keep showing up at the house: the cleaning lady, her slutty ex-friend neighbour, the mother’s lover and their grandmother.
There is ugly art and the slutty ex-friend posts the heroine’s activities online and the police get involved. The mother gets all the blame for not being a mother and having a career. The ex-friend is awful and the cops are dumb and shrill. This was okay even if the ending goes off the rails.
Best Lines:
“Go away.”
“Go further away.”
“Keep your flaming shrubs out of my office.”
“Two daughters that dress like strippers!”
~
Scandal In A Small Town (1988)
No one wants to know when a cocktail waitress (Raquel Welch) who works at the local seedy bar reports her daughter’s teacher as an anti-Semite. This was okay.
~
The Unforgiven (1960)
No.
Return To Oz (1985)
Okay.
Collapse