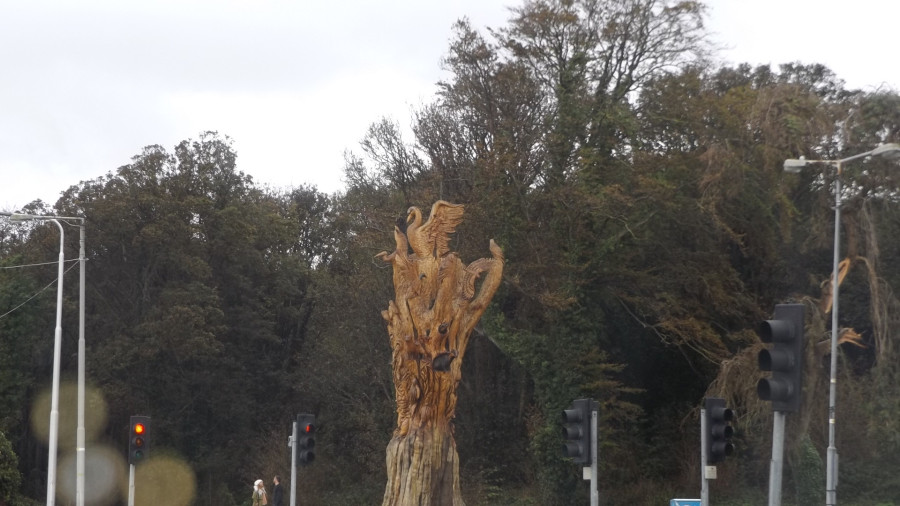 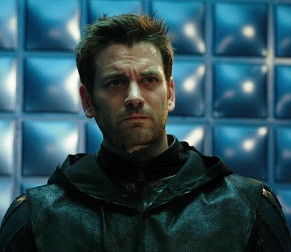 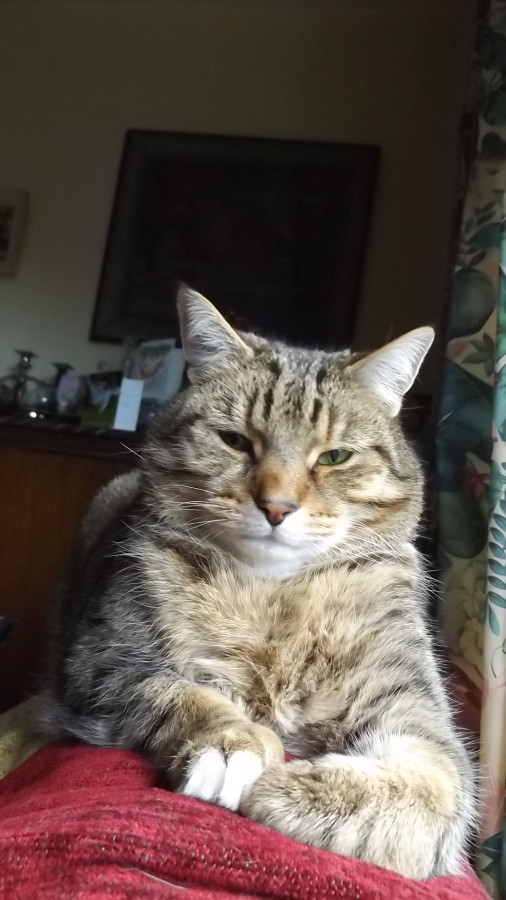 ‘Arrow’ 6x10 promo
Oliver is an ass and Felicity is comically insipid.
‘Wormwood’ trailer
This true crime show looks good. The phrase the most effective accident is used.
Best Line:
“Questions about the integrity of the US government.”
‘Ghost Wars’ promo
Syfy have a new show. MeatLoaf, a crystal ball, staring, dead bodies, silly voices, ghosts, maggots, screaming and puking. This looks naff and there is nothing subtle here.
‘Dark Island’ trailer
This 2010 movie rips off ‘Lost’. There is an island, an evil company, a rescue mission, black goo and a smoke monster and knife fights. This looks okay.
Best Line:
“Should never have come here.”
‘Counterpart’ promo
A man in a dull job uncovers a cold war experiment that opened up a passage to a world identical to our own. Why does the other world hate us? What did we do? There is fighting and gunfire. I am interested.
Best Lines:
“I don’t know what we do here.”
“Their other.”
‘McMafia’ promo
Grim.
‘Ferdinand’ TV spot
Regrettable.
Fudge parcel - okay.
Lebanese red wine - STRONG.
Lemon SanPellegrino - nice.
Orange SanPellegrino - okay.
Anyone see ‘Turtle Beach’ (1992)? Or ‘Bee Movie’ (2007) or ‘Mrs Henderson Presents’ (2005) or ‘Oliver!’ (1968) or ‘The BFG’ (1989) or ‘Mr Popper’s Penguins’ (2011)? Or ‘XXX 2: The New Level’ (2005) or ‘The Tuxedo’ (2002) or ‘Watermelon’ (2003) or ‘Cutthroat Island’ (1995) or ‘Mansfield Park’ (1999)? Or ‘Are We There Yet?’ (2005) or ‘The Odd Couple II’ (1998) or ‘84 Charing Cross Road’ (1987)? Or ‘Bugsy Malone’ (1976) or ‘Dances With Wolves’ (1990)? Or ‘Revolutionary Road’ (2008) or ‘Flipper’ (1996)? Or ‘The Unseen’ (1981) or ‘Fade To Black’?
Maybe I should read ‘Backlash’ by Susan Faludi.
I may review ‘Birdman’, ‘The Guard’, ‘Alan Partridge: Alpha Papa’, ‘Horrible Bosses 2’, ‘Pitch Perfect 2’, ‘McMafia’, ’Daddy’s Home’ and ‘Grandpa’s Great Escape’.
‘The Irish Times’ Quotes:
“Uncast.”
“It was decided they were not compliant enough with the Hollywood patriarchy or grateful enough for their part in it.”
“Since-disgraced.”
“Permissible comment.”
“Has all the malevolence of a damp Rich Tea biscuit.”
“Imprimatur.”
“Very precise sensory needs.”
“Want my total attention.”
“Pornified normative.”
“They think that’s the way they have to look.”
‘RTE News’ Quote:
“Blamed the result on eating uncastrated wild boar.”
‘Sky News’ Quotes:
“Loot boxes.”
“They look for trouble.”
“Sexed in.”
“Fish studies.”
‘Dr Phil’ Quote:
“She refuses to believe she’s not dying.”

Star Trek Titan: Fortune Of War by David Mack
This was very good. It is a follow up to a largely forgotten ‘TNG’ ep ‘The Survivors’ in which a powerful alien admitted he exterminated a powerful belligerent race known as the Husnock with a thought. Now 20 years after the Husnock were the forgotten victims of a forgotten genocide - it seems that Starfleet and others have been searching for their desolate worlds and derelict ships and space stations that while long abandoned are intact and brimming with destructive potential.
Now a race is on to capture the lethal technology. Oddly no-one seems all that concerned about the alien Douwd who killed all the Husnock everywhere. The Typhon Pact plot, Troi and her daughter are ignored and Admiral Marta Batanides (who I last recall in the ‘TNG’ novel ‘Section 31: Rogue’) has become a rant raving lunatic plotting against Titan, Riker and Vale for unclear reasons. The mysterious goings on with the Andorians are ignored and Mack makes it clear that the Husnock deserved the end of their civilisation as well as putting in a blatantly obvious anti-Trump joke.
Best Lines:
“Tholian thoughtwave radio.”
“Threat vessel.”
“The victims of the Husnock had long since preceded them into extinction.”
~
The Witching Hour by Anne Rice
Over-written drivel.
~
The Mammoth Book Of Vampire Stories By Women edited by Stephen Jones, part 1
This 2017 reprint collects various stories.
Introduction
This babble by Ingrid Pitt really has no connection to the anthology.
The Master Of Rampling Gate
By Anne Rice. This is a good gothic horror that I’ve read before.
Homewrecker
This is a horribly misogynistic tale by Poppy Z. Brite.
When Gretchen Was Human
A woman strikes a bargain to save her dying child. This was good.
Best Line:
“Her desperate finery.”

Shattered Innocence (1988)
This TV movie tells the true story of a small town girl who worked in the porn industry and died. There is overwrought acting and the girl’s seedy boyfriend drags her down. Her parents nag her and don’t listen. This was dull and the ruined girl is lost. She goes into the world’s sleaziest modelling agency after running away from home.
Her parents brim over with concern for her welfare which may not be the truth. A nice photographer photographs her. She embraces porn and the money. Her scummy boyfriend screams about NUDE modelling. There is more overwrought acting and people are terrible. Her parents scream about SCUM and decent people.
There is wooden acting and cocaine abuse and huge hair. There is nose rubbing and phones from the 80s. She gets a new boyfriend and wears a scrunchie. This is not a heart-rending insight as she ignores all advice. Good decisions played no part in the narrative of her life. She does loops for slot machines in porn shops. Her parents say this doesn’t align with their morals. This was dull and insalubrious.
Best Lines:
“I don’t like this boy!”
“Eleven o clock is a ridiculous curfew!”
“They’re boring!”
“Nice people in the Midwest.”
“We do nude here.”
“You’re doing porno!”
“Learn how to budget.”
~
Sint aka Saint Nick (2010)
This Dutch horror suffers from bad subtitling but is good. Santa’s come to slay. In 1492 an evil Bishop and his evil minions and his horse rampaged. Bad bad Niklas! The villagers grabbed torches and farming implements and got rid of him. In 1968 there was bad acting and ugly jumpers and people died as blood flew and Niklas returned. Now it is now and he’s back again.
All the kids seem to ride vespas to school. Who will survive and what will be left of them? This is from the director of the memorable ‘Amsterdamned’. A police officer (who was the sole survivor of the 1968 incident) shoots his present, over-sexed students are over-sexed, a hooker dresses as Santa, tourists scoff and there is causal discussion of parental polymory.
Murderous Black Peters swarm and this cannot be accused of predictability. There are some moments of hilarity and some of sheer tastelessness. There is death and destruction, black comedy, incredibly obvious VFX and a really effective jump scare.
Best Lines:
“Check out our pigs?”
“Did you dare doing that?”
“Puts the naughty children in his sack and takes them to Spain.”
“Could you explain me something?”
~
The Net (1995)
Poo.
The Mask (1994)
Okay.
Three Men And A Baby (1987)
Okay.
Romancing The Stone (1984)
No.

Don’t Run
Harry and Cisco do idiot comedy around a blue Christmas tree. Katee Sackhoff of ‘Battlestar Galactica’ and ‘Bionic Woman’) guest stars as Amunet. Ralph lacks dreams or guidance. There is unfunny sexist dude-comedy. Iris and Barry get a crap gift from Oliver and Felicity and bemoan them crashing their wedding. DeVoe is a contrarian. Ralph, Cisco and Harry and Barry are dispiriting with toxic attitudes. Where did the Reichsmen name come from? Snow is less than delighted that people like Killer Frost more than her. Amunet wears black lipstick and sports a laughable UK accent. Iris is useless. DeVoe hangs around looking sinister and engaging in misconduct.
What happened to all the dead Nazis from EarthX? Amunet is overexcited. Barry is just a fetish wear sporting smug git tool with an insatiable yearning to annoy. DeVoe seems to have mastered quick change skills. Joe calls Barry his son. Eeew. Joe and Harry menace DeVoe. Joe rants about DeVoe’s moral transgressions. Metas are sellable commodities. Snow meets Dominic who is a telepath. This is not a chilling insight into villains. Barry’s suit has a flotation mode?
Iris whines about attendant anxieties. Amunet has a violent disposition. Where is Wally? How did DeVoe possess Dominic? DeVoe now in Dominic boasts. Nobody noticed DeVoe’s wheelchair flying around the city? Barry faces becoming increasingly unpopular. DeVoe frames Barry for his own murder. Wouldn’t people notice the weirdness with DeVoe’s body? The CCP smash down Barry’s door and arrest him. This was corrosively dumb and Barry deserves his battered reputation.
Best Lines:
“The unholy bloodfires.”
“Some sort of evil secretary?”
“Those white-girl dreads came straight from the 90s.”
“Lingering threat.”
“Death-holes.”
~
...And Finally Black Bolt
Maximus is treated as less respectable than anyone else for having the audacity to be angry at being treated the way he was and for being angry for feeling hated. Black Bolt and Medusa are indefensible smug arrogant a-holes.
Black Bolt and Maximus walk around hand in hand. Black Bolt manhandles his brother. How do they have water on the moon? The royals commit violence. Who is the inhumans greatest enemy? Black Bolt betrayed and lied to Maximus. There is violence and stupidity. Crystal whines and Medusa steals the crystals and bullies the blonde orange stick. Medusa admits she turned her back on Maximus. Medusa smashes a crystal to mock Maximus and Auran turns on Maximus.
So Maximus turns into a ranting lunatic and the city is abandoned. Is the door guy left behind as people leave? Maximus reveals he set Black Bolt up to kill their parents. Black Bolt carries out some sick Edgar Allen Poe revenge on Maximus. Black Bolt speaks and the inhumans end up on Earth as Maximus wanted all along. Black Bolt is a sick jerk. The door guy will die on the moon. Charming. No wonder this show was axed. Will we ever see Maximus again? Why did the throne glow?
Best Line:
“Keep you on the moon where there is no water.”
~
Vanished By The Lake (2015-?) 1x01
This French drama opens with interesting opening credits and then shows a teenage girl being predator bait. Then an irritating French woman is shrill and screechy. A cop from Paris is the friend of the screechy woman. The local cops seem uncaring about the missing girl. 15 years ago 2 girls went missing. There are flashbacks. The culprit of the 15 years ago case has been released. An old librarian has a creepy co-worker. The 2 missing girls from 15 years ago have never been found. People stare and are French. The missing girl’s father yells and is sick of his harridan wife. The culprit from 15 years ago turns out to have been hiding in plain sight. Then it ends. Do I want to know more? No.
Collapse