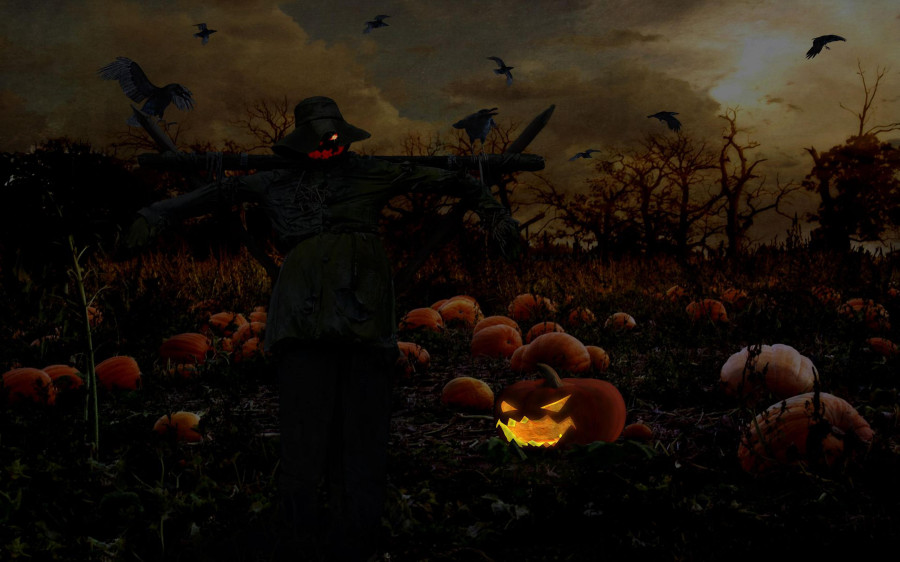 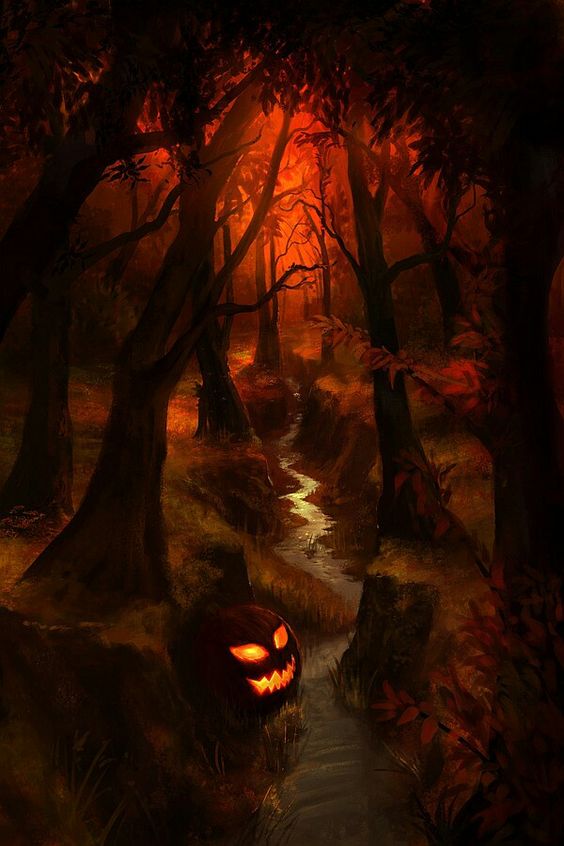 Until The Twelfth Of Never by Bella Stumbo
This is a reprint of the excellent true crime novel. This is a grotesque tale of group dysfunction, malevolent intent, nobody having the minimal degree of consideration and you are left in little doubt something awful is about to happen. Betty and Dan Broderick married, had four children and then Dan left his wife for his mistress Linda. Dan to this day is held up as a bastion of moral goodness by certain people and yet he dragged out the divorce over 7 years.
Betty eventually killed him and Linda his new wife of 6 months leading to 2 trials, 2 TV movies and to this day Betty has never expressed any remorse. This book shows the end of Betty’s marriage, how her friends abandoned her, Dan’s callous affair, the taunting triumphant mistress and Betty’s descent into despondency and obvious madness. The serious discord went on and on and on and nobody tried to stop it or call halt.
Did Betty premeditate the double murder? Did Dan’s conjured bonhomie conceal a dark side? Why did Linda stay with Dan who allegedly dumped a pitcher of bee over her in a bar? Why did Dan and Linda act in such cruel and taunting ways toward a woman they branded as mad? What is with the purse-mouthed obsession over Betty’s shipyard language? Why did people castigate Betty as irrational for being angry over being cheated on and abandoned? Read this and draw your own conclusions about the acts of 3 people and how it led to disaster for them.
Best Lines:
“A threat and a challenge to all that she stood for, and all that she finally killed for.”
“I thought Berkeley was Moscow.”
“Draft-card burners were communists, and I didn’t know what that meant,”
“I still had my reputation and my sanity and my children.”
“From that day forward, October 1, 1983, Betty made all the wrong choices every step of the way. And so did Dan.”
“Doomed future.”
“You do rich good!”
“Obsessive in their determination to collect evidence of the low character of the other.”
~
Tales From A Talking Board edited by Ross E. Lockhart, part 1
YESNOGOODBYE
2 girls play with a Ouija board. It causes anxious thoughts. This was a yawn and was all portentous monologuing. This was inconsequential. 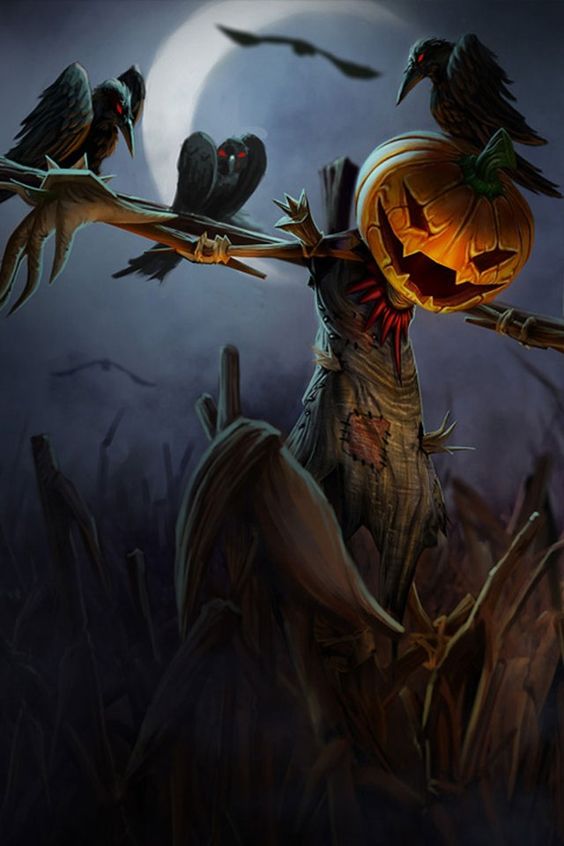 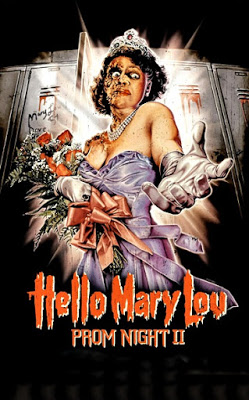 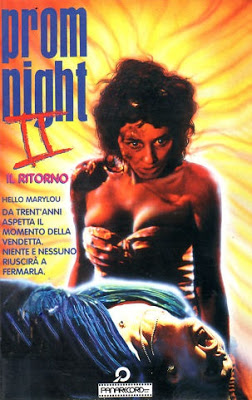 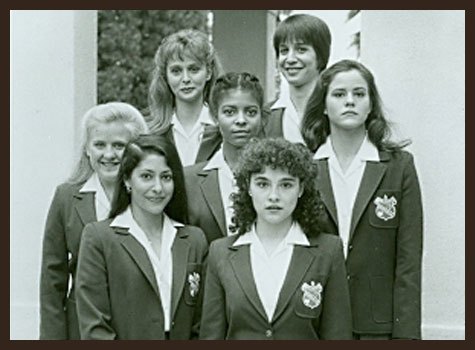 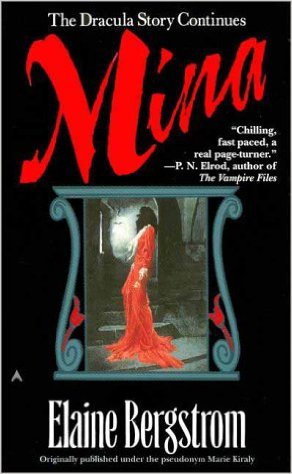 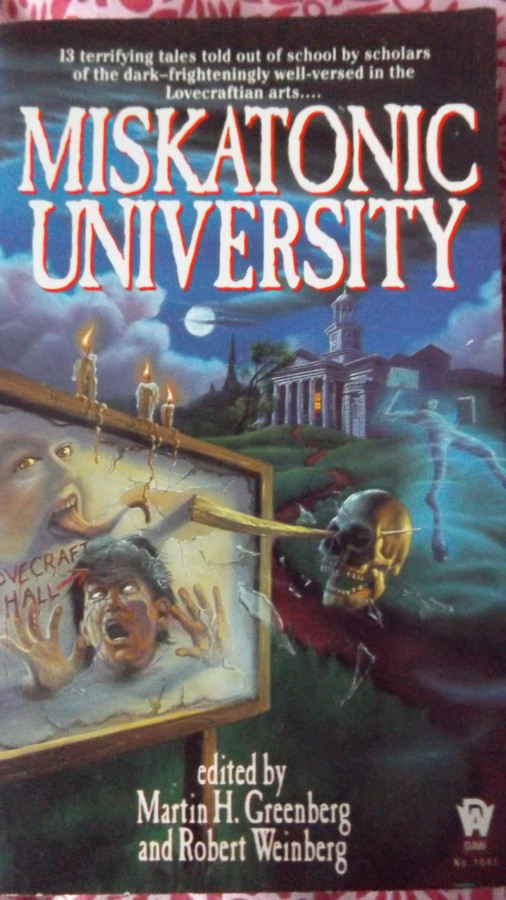 Wolves At The Door (2015)
This very short very boring ‘horror’ is based on the Manson Family murders of 1969. Katie Cassidy and Elizabeth Henstridge star. The unseen killers who lurk in the shadows and don’t speak have chilling docility. The film opens with the Manson cult doing one of their creepy crawls to intimidate random strangers.
An idiot cop seems mildly reluctant to do his job. Meanwhile Sharon (Cassidy) and her friend Abigail (Henstridge) party with random people. Sharon is pregnant and has hair that is not from 1969. People were aggressively critical of this film and you can see why. Boring stupid people have unlovability.
This was badly lit and I’ve no idea what was going on in some scenes. This was obviously low budget. It is also historically inaccurate. This film is an unpleasantry to be avoided. This was infuriating and terrible. At the end news footage of Mason and his followers is shown, that is creepy, this was not.
Best Line:
“Runaways. Hippies. Radicals. Dropouts.”
~
Killing Bono (2011)
A dude (Ben Barnes) with a poxy band is sure U2 are his arch nemesis. The dude has hysterical deranged despair and is pushed towards madness by unhappy circumstances and his own talentlessness. I don’t care for his perma-mope or ‘funny’ flashbacks to the 1980s. The dude bewails his plight in this cloying and confected mess. He has a visceral resentment for U2 and bad hair. Nobody cares.
Best Lines:
“Godless, mindless and tuneless.”
“Who’s going to see the Pope?”
“Me or god?”
“An illegal tittybar in the arse end of nowhere run by a known killer.”
“Vinyl frontier.”
“Ugly talentless lepers.” 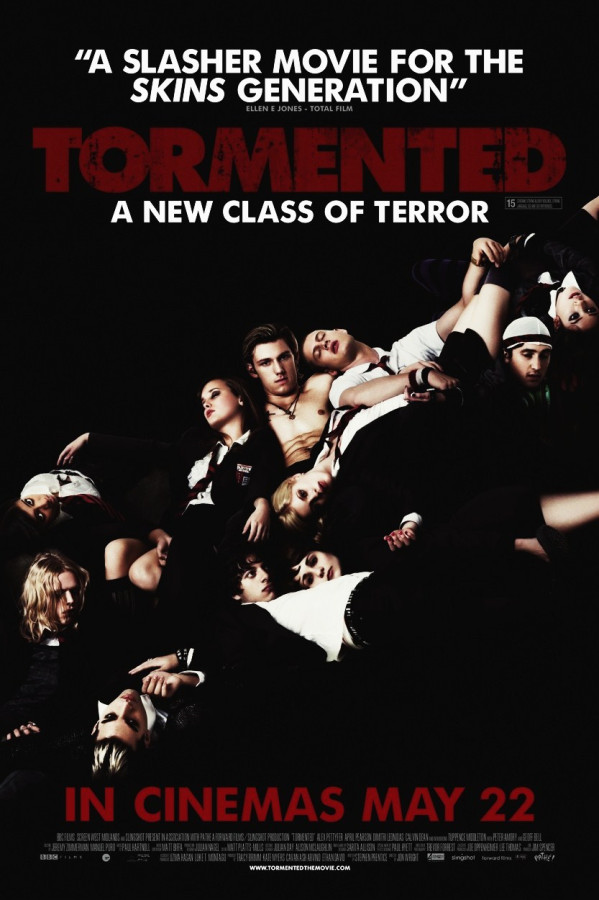 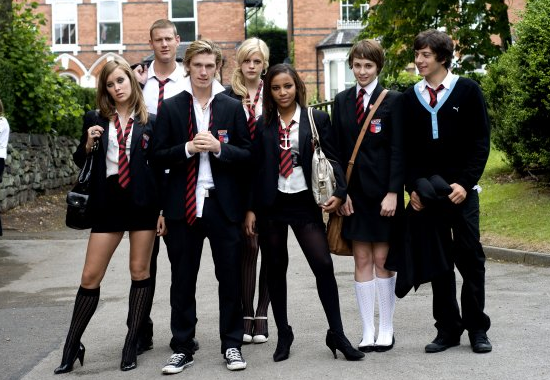 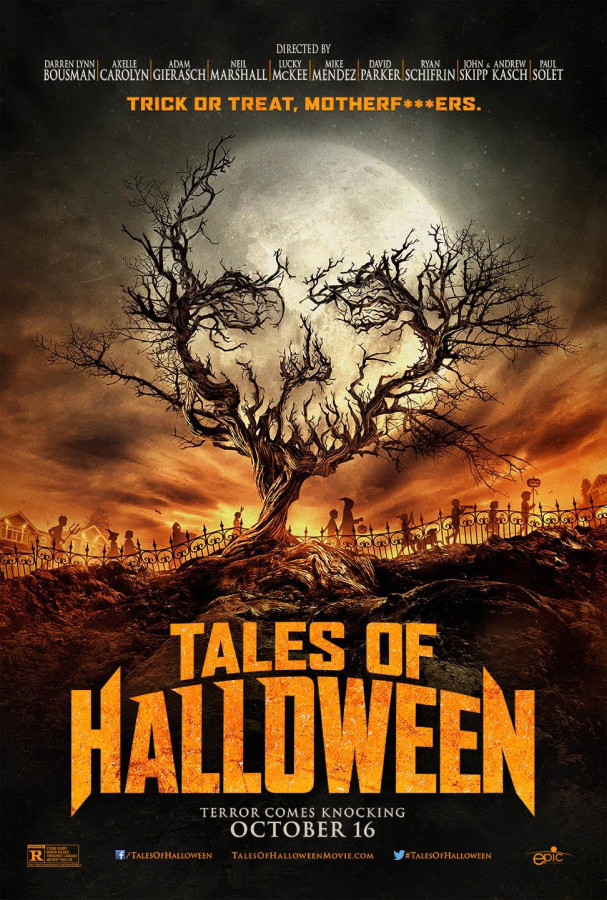 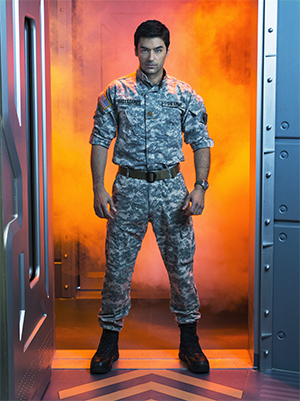 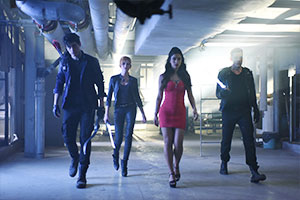 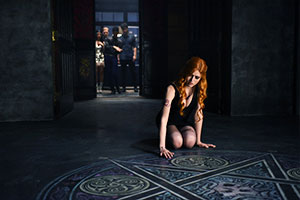 Tribute
This was dire dramatic inertia. There is a Bruce Wayne mention and Oliver lies. Oliver has a bad moral attitude and this show has innate blandness. I aggressively detest Oliver. Felicity and Dinah have ultra vapidity. Oliver faces damning facts. Felicity dresses like a ho. Curtis is divorced and dumb. Quentin fawning over Oliver is pathetic. Oliver is smug and unendingly deceptive.
Anatoly is back. Oliver mopes about his mistakes and then makes more. This show has no inner momentum. Diggle wails about his emotional and physical carnage. Nobody cares. Felicity is toxifying to this show. Oliver is ludicrously earnest. This was not morally meaty. Where is Susan? Where did the photo of Oliver as the Green Arrow come from? Where is Huntress? Where is Slade? Where is Black Siren? Oliver isn’t commanding. The circumstances of the death of Oliver’s babymama were faked. The FBI is mouthed off to.
Oliver is a crap father who ignores his son. Dinah is smug. Oliver threatens the FBI. He has moral culpability. Felicity talks too much. Oliver problematises everything. Oliver gives up the mantle of the Green Arrow to Diggle because his son needs him. What about Diggle’s son? This was inconsequential.
~
Law & Order True Crime: The Menendez Murders 1x05
The trial is to be televised. Everything goes the wrong way for the brothers as historical inevitabilities pile up. This is not a poignant glimpse at their pain. The Judge is willingly anti-Leslie. This was historical determinism. Leslie has tenacity. It is suddenly 1993. Where did 3 years go? Dominick Dunne shows up. There are 2 juries. The trial begins, the question is were Lyle and Erik under emotional duress?
There are smug lying witnesses and smirking cops. Lyle and Erik had bad friends who all abandoned them. Lyle and Erik seem option-less and have quiet anger. There are contradictory narratives in court. The sleazy shrink is still at his lies. Erik and Lyle are caught in the closing trap of the legal system. This ep leaves one singularly uninterested. There are bad child actors. There was abuse and people knew and did nothing. The Judge is no help. Leslie is berated at her mother’s funeral by anti-Menendez types. At a funeral!
Best Lines:
“What’s he doing? Pitching a TV show?”
“You defend rich brats.”
“Rejecting old woman.”
“Petty arrogance.”
“Thirteen hundred dollars for condolences.”
“Going with the evil seed theory.”
“We recognise the hair.”

‘American Horror Story’ 7x09 promo
Kai goes all Jim Jones. Ally looks for help.
‘Z Nation’ 4x05 promo
Lucy and a zombie funhouse of death.
‘Riverdale’ 2x04 promo
Betty has a stalker, Serpents get ready to rumble, rain and Jughead stares.
‘Designated Survivor’ 2x06 promo
Hostile waters and the POTUS broods. Is Maggie Q still on this show?
‘Inhumans’ 1x02 promo
Mmmmmm.
‘The Foreigner’ promo
A serious Jackie Chan film!
‘Justice League’ TV spot
What is this mess?
Mojito tea - nice.
Gluten free afternoon tea - yum.
Recall ‘Boy A’ (2007)? Or ‘In & Out’? Or ‘Jubilee’ (1978)?
I’ll review ‘Dead & Buried‘,’ Beneath’, ‘Four And Twenty Blackbirds’, ‘The Boleyn King’, ‘Fearful Symmetries’, ‘Into The Drowning Deep’, ‘The Impostors of Aventil’ and ‘An Unkindness of Magicians’.
‘Zoo’ has been cancelled.
Recall ‘Amazing Stories’?
Who read ‘The Beauty Myth’?
I hope to see ‘The Endless’ and ‘Ruin Me’ and ‘Tragedy Girls’ some day.
What is hot white wine?
Who leaves doors open and accuses us of over-reacting?
I won’t read ‘Austral’, ‘Darien’ or ‘Godblind’.
Saw some of the ‘Marple’ ep ‘Secret of Chimneys’ - it was crap.
‘The Irish Times’ Quotes:
“Isn’t she mad and scary?”
“Unfortunately trapped in one of its lifts on the occasion of its official opening.”
“Famously unsuccessful.”
“Lower the social reputation.”
“Legally contentious.”
‘The Guardian’ Quotes:
“Contrite potato.”
“Told to be grateful and mute.”
“A past that never was.”
“Hypervisible.”
“Blights their life chances.”
“Who seems a composite of every character Kiefer Sutherland played in the 80s,”
“Even sillier than his hairspray mullet would imply.”
“I’d be up you like a rat up a drainpipe.”
“Autumn trashfest.”
“Spent years in direct ideological opposition to both their predecessor and successor.”
“Choose to do well.”
“State-sanctioned harassment.”
‘TotallyDublin’ Quotes:
“Taking the threat out.”
“Dominant product.”
“Businesses that ended up not making it.”
“Preparing compliments and certain facial features to make myself seem charming.”
“For each of whom nothing is scared - not the bonds of friendship, or familial love, and least of all duty to one’s stated ideological beliefs.”
‘Aertel’ Quote:
“Sleeping times.”
‘FTWeekend’ Quotes:
“Someone came for us again?”
“Divine mandate.”
“Could not join, even if they had wanted to.”
“Discouraging criticism.”
“A fear of being named on social media,”
“Look, sniff, taste and discern.”
“Shift in patterns of trust.”
“Much furtive scurrying.”
“Built a stockade around his van.”
Collapse