'The Pursuit Of Love' promo

My ex has heartlessness. My ex caused such inexplicable pain. He has no obligation to me. My ex just switched off romantic impulses and emotionally set me aside. I deeply resent my ex. My ex = ghastly. My ex was a cruel disappointment. I assume there is a reason for this behaviour.

“Find comfort in routine and rituals,”

“All too easy for some routines to become obsessions.”

“Charged, at some level, with guilt,”

“Up to some adventure.”

“The kind of language I spoke was nowhere to be found.”

“Deliberate emphasis on the sentiment.”

“An offering of trust.”

“Father's desire is my command.”

“Plentifulness was the basis of life.”

“Walked out of those portraits alive and lived among us.”

“Served him or fought alongside him.”

“Their living god even today.”

“Life of privilege became her curse.”

“They burnt everything we had.”

“Tormentors continued to hound her,”

“Perceive a lack of interest.”

“Full of rage and nihilism.”

“Industry closed ranks against them.”

“Belatedly their achievements were recognised.”

“Suppplied the image and the direction.”

“Sold to the press and public.”

“His musical abilities were so limited.”

“Everything becomes an instant threat.”

“No one is telling you anything except these strangers that keep turning up you don't recognise.”

“Can only end badly for you.”

“Steeped in right-thinking and intolerance.”

“Wonderful mystery and the glory.”

“An ability to endure.”

“Things aren't quite going as you hoped.”

“Fertilisation of our oceans.”

“Ancient sea beds that have been frozen for the past 30 million years,”

“The deepest, darkest places where the oxygen supply has long run out-”

“Didn't fit into the box adults wanted me in.”

“So furious at the torching of his reputation.”

“Shape of his legacy.”

“Appeal to your decency,”

“Who does the exonerating or what amends can be made.”

“A cautionary tale in getting the vindication you wish for.”

“There are no laws against acting this badly.”

“Disdain for his bullied and ultimately devastated wife.”

“The attendant implication that he must have had good reason to do what he did.”

“Symbolic expulsion of his corpse.”

“So aware of their lack of options.”

“Response to the unfamiliar.”

“Could not be atoned for.”

“Grew up watching Star Trek and are determined to make human spaceflight a reality in their lifetimes.”

“Indebted to the wrong people.”

“Disappearnace of the person you were.”

“Gleefully waiting for the day they can arrest him.”

“One step from being the scapegoat.”

“So present in the house.”

'Reeling In The Years' Quote:

“Put down the potato and listen.”

“Don't ever take a fence down until you know the reason it was put up.” 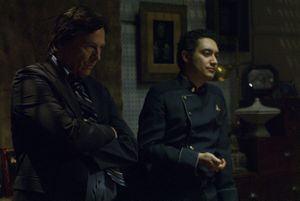 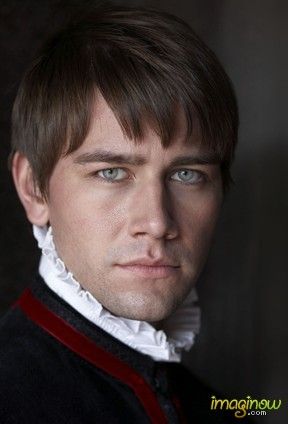 Tags: battlestar galactica/caprica, man from uncle, star trek, the tudors, thoughts, trailers
Subscribe
Comments for this post were disabled by the author