There is cheating and Archie does 'sexy' fireman posing. Jughead babbles about a distorted version of reality. There are dispossessed people and complex morality and performance culture. There is no safety or opportunity. Where's the media as Betty looks into a serial killer on the loose? Jughead has disconnect and disorientation.

There is no social freedom just indignity and self-loathing and imperfections. There is no atonement. Veronica's sick of her husband. Cheryl is a joke. Toni is acting as a surrogate mother for Kevin. Cheryl dresses and acts like a whore. TPTB make jokes about how much they hate the bughead ship. There is cascading trouble.

Betty gushes about her 'reconciliation' with Archie. This was not zippy. There is no intellectual agility. Veronica is a member of the angry brigade. Jughead is troubled, nobody cares. There is no bumbling ingenuousness. Nobody is of some courage. There is anarchy and no common space. This was implausible and a major irritant. Cheryl is calculated and has deep rooted ideology. Jughead is always being bashed and bullied. There is a 'serious matter' afoot. Nobody cares. There is no source of joy. Relations are at a low ebb. There are strained relations.

There is chaos. Betty and Archie never paid a price for their cheating. There is no social change. This was folly. People ignore Jughead's masochistic self-reliance and crisis-enforced survival skills. This was frivolous. Jughead's happiness has been transient and ephemeral. The recent past is a travesty. Archie and Betty are despicable people. They did harm with intent. This was catastrophic. Betty, Archie and Veronica all derogated from their obligations as 'friends' to Jughead. Cheryl is disruptive, unjust and unfair. There are emotional and psychological games. Jughead is definitely negatively affected and nobody is exceptionally worried. There is hubris, arrogance and vanities. Cheryl dominates, imposes and excludes.

Kevin is a lot lizard and ruins things with Fangs. Archie wants Veronica. Kevin ruins things with Fangs because he is a sad loser. Betty's dumb and Polly's been gone for weeks. Jughead has a drug problem now? Chad's awful. Cheryl's pathetic. Kevin blows up his relationship. What'll happen to Toni's baby now? Kevin doesn't want Fangs or their baby. He wants to man-ho in the woods. Veronica will divorce Chad. Veronica and Archie kiss. Alice talks to Polly. We see a ruined phone box. This was dumb and over-convoluted.

“The more things change, the more they stay exactly the same.”

“Lit window in the dark.”

“Passive heroine to be fought over.”

“Why are you imploding us?”

“Don't want to give up cruising in the woods.”

~
The Enterprise Of England

There is a cheap 'battle' and the low budget really shows. The King of Spain is a reluctant leader. Dudley and his stepson Essex lurk. Essex wears purple and has no honest intent. Cecil wears a muff on a string around his neck. An actor does a hilariously fake Dutch accent. Dee the black raven walks by the camera and there are grave concerns about the Spanish armada. This was deadly dull.

“No richer prince in christendom.”

“Relieved of her head.”

“Send a fleet against us.”

“For 20 years men had urged this enterprise upon me!”

“Work what malice he could.”

“Must now come against us.”

“Not his nature to think of peace.”

“Do not debase yourself with such foolish bravado.”

“A fleet in enemy seas.”

“Never to lose the friendship of England.”

“Not of my choosing.”

“The fall of empires.”

“The queen honours you boy!”

“Is this your gratitude?!?”

“Be off you impudent boy.”

“All the world forsook me.”

“Part with your love.”

“Not deserved this contempt.”

“Church and heaven of their own.”

“Proper conduct of your christian observance.”

“Accept banishment to an Irish bog!”

People find the wreckage of the Borg sphere from 'Star Trek: First Contact' and so the Borg rampage around this prequel series. There is a hook to suggest why the Borg are so obsessed with Earth at the end of this ep. How was all the info on the Borg (though the name is never used) forgotten by the time of TNG era? There is an eerie artic research station. The arctic research team find meancing looking cyborgs and thaw them out, which ends badly for them. Have they never seen a horror movie ever? Zefram Cochrane is mentioned. This is a sequel to 'Star Trek: First Contact' and a prequel to the 'Q Who?' ep of TNG.

Secrets in the ice should have been left there. The researchers get ravaged. Archer shouts and the soundtrack is hilariously OTT. Cochrane told a graduating class at Princeton about the events of 'Star Trek First Contact'. Where was the DTI? The Bynar are mentioned. The Enterprise is sent to look for the Borg. Why is Hoshi acting as a maid? Phlox walks off Borg assimilation. This was really awful, choppy and graceless.

“There's no reason to assume they're hostile.”

"Something familiar about all this.”

“Will not be pleasant to say the least.”

“Somewhere deep in the Delta Quadrant.”

“There isn't anyone on that ship we can help anymore.”

Another vigilnate is on the loose in Starling City. Thea and Roy have issues over The Glades. Laurel is jealous of her 'dead' sister. Oliver whines about his manpain. I wish Felicity would die. Laurel is a bitch. This was crappy. Diana encouraged Sara's affair with Oliver. The acting is so crap in this ep. This was rather dull. Laurel flirts with Oliver, they are scum. Moira kills someone.

Lance bothers Tommy. The rubbish Count prances. Oliver perves over womens underwear. Tommy has had it with Oliver the ex best friend turned judgmental killer full of mystery who is all too fast to believe the worst of Tommy. Poor Tommy has realised Oliver only uses him as a front. Oliver doesn't care about the breakdown of his friendship with Tommy. Oliver is disgustingly cruel. Lance is a jerk. Oliver screams about his right to murder people. Will Lance piss off? People are sick of Lance who hurls around reputation destroying allegations. Oliver is a massive a-hole.Tommy never got an apology from Oliver ever. Oliver has embarassed reluctance to be wrong. This sucked. Tommy asks his dad for a job.

Diggle rants about Deadshot. Oliver and Laurel are jerks having an obvious emotional affair. Oliver rubs his pursuit of Laurel in Tommy's face. Oliver betrays the useless Diggle. Even Moira bigs up Laurel's twat. FFS. An assassin kills a guy by poking his arm. Laurel and Oliver hump each others legs in front of Tommy. FFS. Tommy ditches the cheating whore Laurel and she plays the victim. Piss off whore. Diggle quits.

Best Lines:
"Always her. To everybody else be damned." 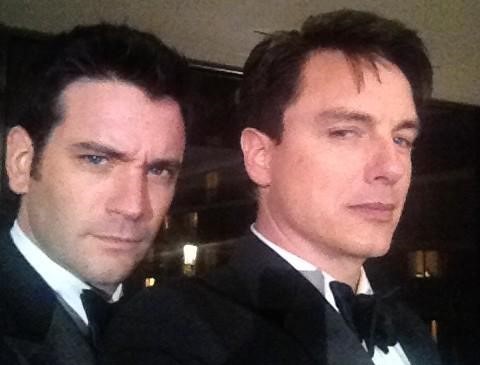 Tags: arrow, riverdale, star trek, the tudors
Subscribe
Comments for this post were disabled by the author