'The Falcon And The Winter Solider' promos

“There are no wizards.”

This has all the best bits and is better than the movie.

I feel completely isolated and alone and completely forgotten about. Nobody cares. People have faults and failings. People are awful and self serving. Abominable people are exclusionary. People are not brilliantly supportive. People are completely oblivious and have epic indifference. One has irrational fantasies. I have deep distrust. People are uninterested and have cloven consciences. I am increasingly riled and fractious. People have disregard and cause ructions and have an avowed lack of interest. People need to do more to show they care and one feels a terrible sense of loss. People deny compasison and love. People gratuitously antagonise. My ex was apparently pleasant, kind and caring. People are disheartening. There is shameful behaviour and unavenged wrongs. Some people are frankly repllent and cause deep rifts. My ex failed me utterly. He did a cruel act and was uncaring. People think they're unassailable.

Who saw 'Human Remains' or 'Misery'?

I'd try burnt tomato salsa and a lime crema.

“Loved me more than I deserved.”

“Profess themselves as been quite astonished by that the fact that there are mnay in society who can be so unreasonable as to insist on a change in this attitude.”

“Think that they have the right to dictate how we mourn and how we react,”

“Made this a resigning matter.”

“Teach us to be afraid of from childhood.”

“The affirmation of their masculinity in relation of how women respond to them,”

“Quite literally drive to their own front gates to collect their mail.”

“Having the TV at exactly the volume you like.”

“I didn't matter, and I was an inconvenience.”

“Deserving of his amorous attention.”

“Force of will leading to reluctant submission.”

“When he really became dangeorus.”

“Took a perverse pride in its very absence of attractions.”

“Her desire disqualifies her from protection and from justice. One a woman is thought to have said yes to something, she can say no to nothing.”

“Without proper regard for the long-term consequences.”

“Plods from one uninteresting set piece to the next.”

“Wanted him to stop acting.”

“Helps him to fall off a roof.”

“Anguish of being a misunderstood genius.”

“Everything wouldn't be okay.”

“Oh dear christ what have we done?”

“Now everybody hates us!”

“Someone pooped on my life.”

“Apologise and mostly mean it.”

“Located in the 3rd abandoned mall on route 1.”

“You learn a lot of sad things when you sell weed to teachers.”

“Matters over and done with.”

“I don't understand why people don't don't like me anymore,”

“Horror of twenty-five years there after.”

“Trespasser in the land of money.”

“His footprints had been blown away by the sand sof time.”

“I thought you were happily married.”

“Prisoners and the worlds they have made.”

“All hanging outside Tesco, in the dark, sitting on cold strps.”

“Expelled from the student union executive in spectacular fashion.”

“Making a disastrously ill-judged stunt phone call to the station from a brothel hot tub in Amsterdan.”

“Resurrection of harsh things said in the past.”

“Changed in ways none of them could have anticipated or wanted.”

“Their ability to de-escalate.”

“There was a time in living memory,”

“Dare other gangs on pain of death to trespass on their turf.”

“20-year dispute between the two.”

“Get Twittered and Reddited to oblivion,”

“Numb to your own life.”

“Take dysfucntion to the next level.”

“Torches that seem like the last light of human hope?”

“Not regarded as an author of the highest reputation.”

“Attention is money and power.”

“Often protrayed as a lunatic for his ranting videos in which he cackles like an evil clown,”

“That status also brings him enemies.”

“Could no longer be eradicated.”

“Relies on echoes of a glorious past.”

“Roles ordained for them by birth.”

“Archives of my childhood,”

“Talking too fondly of the good old days.”

“With the passion of a true believer.”

“What people wanted to see and believe,”

“Gave the process a horrifying reputation.”

“Foreign to their experience.”

“Used to being gazed at and estimated.”

“The old guard watching the potential future and not necessarily liking it.”

“What was normal about any of this?”

“Sits there and goes thud.”

“Horrors that had apparently ahppened,”

“Offer judgment but no assistance,”

"Hiding behind the guise of concern.”

“Highlights the isolation of those adjudged to be bad parents by their community.” 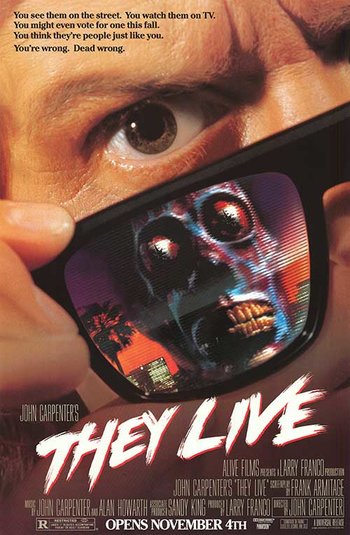