The crew take Adira to Trill. Why is the doctor who can't act dressed in white? We see a scan of the Trill symbiont inside Adria. The Trill do not mention Riker acting as a temp host for the Trill Odan. People wonder about the integrity of others decision making. The spore drive is valuable. The Trill homeworld is visited. This was not a timeless narrative.

The Trill won't accord Adira any particular favour. The Burn decimated Trill's population. Is Dax still alive? The doctor counsels against despair. Tilly babbles about dark matter. There is an emotional burden. The Burn has caused endless trouble for generations afterward. There is mounting disquiet. Adira is halfwit. Michael's year with Book is not without consequence. Where is the other Starfleet officer?!?

Discovery's moments of triumph have more impact (or are meant to) because they are hard won. Adira is seen in a negative light by the Trill. Adria has to explain her very existence. This was manifestly inept. Trill left the UFP too? Was Discovery missed or mourned? Trill has flying goldfish. People react badly to Adira. There are no circumstances in which a non-Trill can be allowed to happen. There is no mention of Riker. Trill has run out of hosts.

Trill society is on the brink of collapse. Are the Borg out there too? The captain's ready room has been fixed. The ship acts up. We see the Trill symbiont pools and caves. Saru hosts a party which goes badly. The Emperor gets away with her mirror universe genocide. The Emperor is a mood killer. Saru makes a speech. Where is Ash? Why are the Trill wearing bathrobes? Why did Adira's eyes go funny? Detmer freaks out. Trills wave sticks.

Adira had a boyfriend. They were on a generation ship trying to find Federation HQ. A cello was and is played. What hit Adira's ship? What happened to everyone else on it? Adira has visions of the symbiont's previous hosts: two of whom are in Starfleet uniforms. Adira is the 7th host. Pike is mentioned. Chaplin is watched. Where did the new cello come from? How is she not rejecting the symbiont? Riker did and nearly died. What is Adira hiding? Why is Discovery flying around with her shuttle bay doors open?

“As limited as every other ship.”

“Just how little we have to hold onto.”

“When we find the Federation.”

“Every Trill longs to be a host.”

“Trill are as peaceful as they were?”

“Nothing to indicate hostile intent.”

“Many years since we've seen a Federation starship.”

“Dying. Time travel. A year alone in a new future.”

“Future of every living thing in the galaxy.”

“Woke up with not past.”

“Flew us into the future.”

“The symbiont is not hers!”

“Can't thrive in an unwilling host.”

“Who raised you people?”

“A joke for the dinner table.”

“Lives on within Discovery.”

“Failed to let you know that.”

“We are living with it together.”

“Welcome to the circle.”

“Impact generations of Trill to come.”

“The Symbionts are a gift for everyone.”

“When the Federation returns.”

Why did Sofia's dad fake his death? Raul and Sofia are disgusting. Javier is thrown under the bus. There is an avalance of dismay. Javier is sick of Sofia and her crap. She refuses to conform. She's not invariably right. There is no dedication, determination or intelligence. The principle is being blackmailed by Raul – oh FFS. Someone slap Raul.

Raul refuses to sell his family home – how is it up to him? Raul narcs on his thief dad. This isn't that effective. The thief turned drug dealing ho has issues. This was dispiriting. There is no moral responsbility. Raul is nauesating. Who carries a used pregnancy test in their purse? The babydaddy drops his babymama.

These people are repellent. Sofia has fragility, hurt, sadness, despair and emotional and physchological and physical scars. The hacking spawns unhappy, angry, recriminatory people. This was not eloquent. There is no happiness and creativity. This was intolerable. There is hot air and indignation. Coma boy dies and Raul is accursed.

Raul is obscence and unforgiveable. Sofia did disloyal utterances. There are vulgar diatribes. How did Raul ever think what he did would merit approval? There is a mass brawl. Raul is pugnacious. Raul boats. Things are increasingly acrimonious. Raul fist fights Javier. He's egregious. Raul thought he was unassailable, unimpeachable and untouchable. The bully dramatically smashes a window.

There is perceived responsbility. This was not playful or light hearted. Raul has open defiance. Things get disproportionate. There is bum clenching awkwardness and mirthful glee. There is absolute chaos and absolute conviction.

Sofia is exposed. There is puking and a gun and dismay. There is no basic decency or civility. This was all failure or decline. Raul enjoys himself. Raul upended the social order. Raul is divisive. There is relative disillusionment. Javier gets shot. Raul is a karma houdini. There are cultural faultlines and this was totally unnecessary. There is no sincerity or good intentions. Will there be a season 2?

“Easy things aren't worth it.”

“A lot of people you hurt.”

“Really common for people to use their pet's name as a password.”

Emma Roberts, Billie Lourd, Leslie Grossman, Matthew Morrison and terrible opening credits feature in this slasher tale. It's the 1980s and the fashion and hair is scary. There is a tasteless appearance by the Night Stalker. The camp has an ugly history involving a killer named Mr Jingles. There is an aerobics perv. This was good.

“Medical field?!? You're an orderly!”

“Kicked him out of the Olympics.”

“Decadence of our era...Van Halen!”

“Why are you sleeping with a knife?”

Orla Brady shows up. There is a traumatic backstory. A man is being blackmailed. There is death. There are unexpected events. There are supernatural events. This wasn't good. 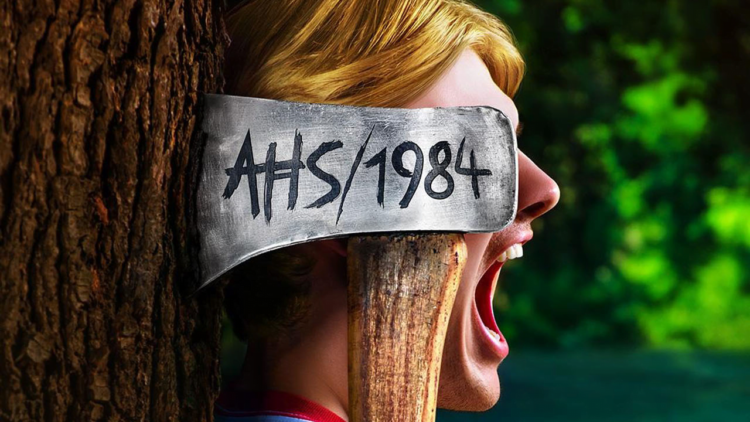