The Omega Rangers and Mighty Morphin Power Rangers meet up. Zordon is notoriously fickle and there are semi incoherent fights. Jason is smug and pompus and needs a kicking. Jason and co are jackasses. Kim rages. Jason and his clique attack Zedd on the moon. Is Zedd dead? Jason make momentous decisions and there are farcical situations and this was not inspiring or uplifting. There are fractious disagreements.

So much for Rangers being loyal to each other and their cause. This raises serious questions. Jason and co did a repudidation of friendship. Things are never going to conclude quietly. The MMPR are directly impacted. There is insignation and cause for concern. Kim is constantly hostile. Jason and co are deft evaders of the truth. This was throughly entertaining. Jason and co definitively annihilate any affection. Jason expects thanks. There is a betrayal and unexpected troubles. Jason and co are awful. Zack and Trini lie. Things aren't uncontentious. There is no positive interaction. Tommy lives under the shadow of his evil doppelganger.

“Their ranks have been dormant for centuries.”

“Most dark and malevolent one?”

“Their zords are decimated, my hometown's in ruins...again.”

“We're not your enemies.”

“But we will be if your keep acting like that.”

“They think we don't care and hate us for not coming to help.”

“You gonna come along quietly or...unconscious?” 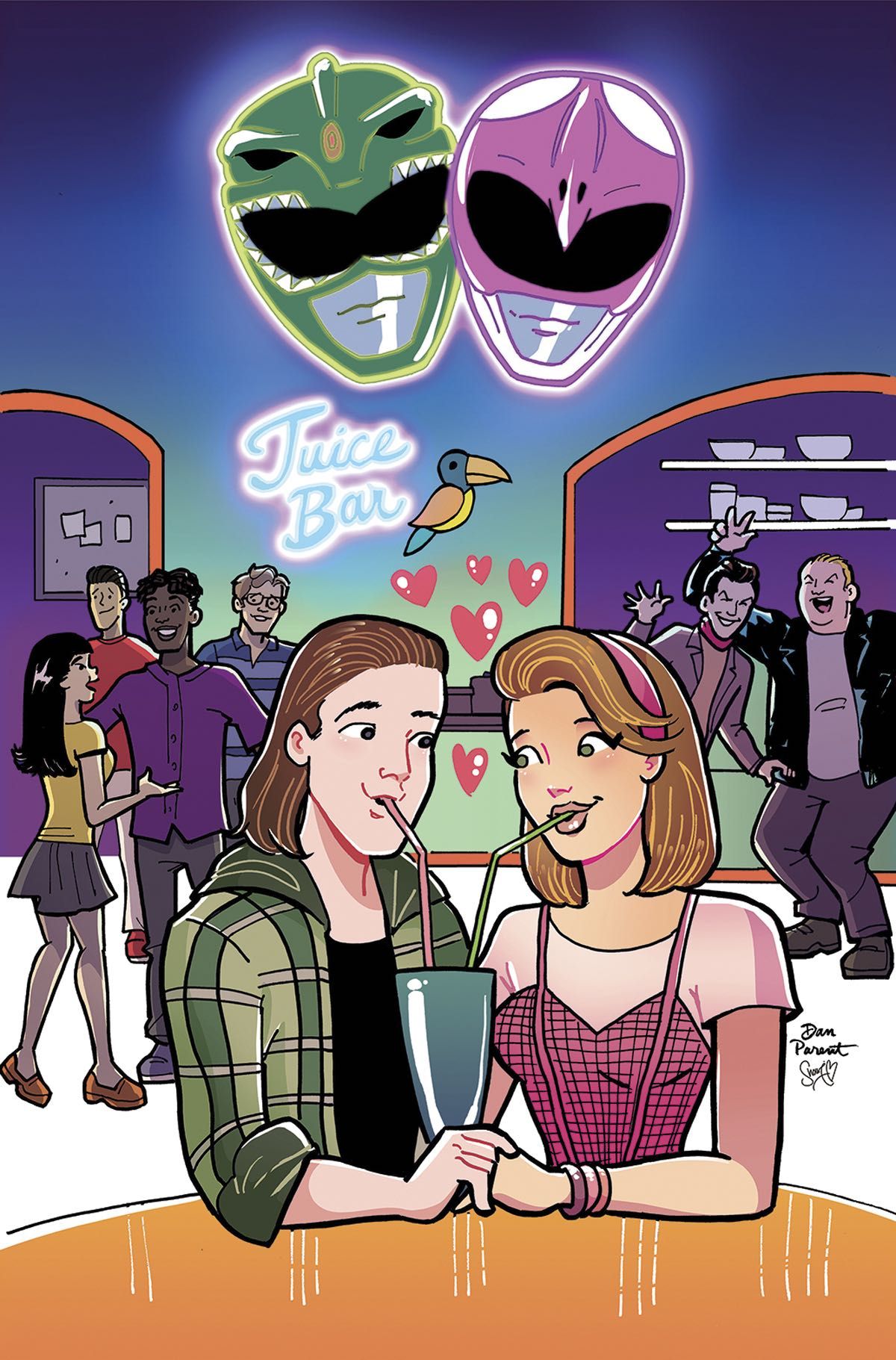 The crossover nobody asked for! The MMPR fight Apocalyptopus. The turtles are in NY. Tommy is also in NY hanging out with Shredder and the Foot Clan. This tries to be evocative of the time when these 2 properties were hot topics. Tommy broods. Kim hangs out with April O'Neil. We see the technodrome and Shredder and Splinter. Tommy is in peril. Bebop and Rocksteady gurn. Shredder steals the green ranger coin somehow. Casey Jones lurks looking for lawbreakers. How does Shredder control the power coins? Where do the Rangers get their ninja getups? The turtles use the power coins, somehow. Baxter Stockman is evil. There are incoherent fights and no Kang. We see a turtle megazord. This was okay.

“Look upon me and tremble, power rangers!”

“Are their clothes on underneath those outfits?”

“We got a blimp and rocket-powered skateboards...”

“The world takes care of everyone but me.”

“A rooftop. Why is it always a rooftop?”

“Finster must be running out of ideas.”

“You sure he didn't go all evil on you again?”

“Except, no one sees us...and if they ever do, they usually run away screaming.”

“Does this thing have trap written all over it.”

“Shredder, what is it with you and fighting teenagers?”

“How does he play a flute through a metal faceplate?”

Apparently TPTB interfered with the plot. Evil has well founded intent. A talking skeleton named Bones bothers Kate. He then gets shot in the head and that hurts a magic talking walking skeleton how? The Crows and Jake Kane feature. Batman gurns. 'The New 52' is gone as is this title. Maggie and Bullock broods. Who is Chase? Bones claimed to be related to the Kanes but isn't. Who or what were Arkhamites?

Kate doesn't know who Batman is? Nightwing and Batgirl cameo. Jake and Beth head off to a private island. This smacks of retcons. WTF is zero year? Did TPTB hint that Batman only showed up 6 years ago? Jake is a terrible dad. Who is Evan? Bette lurks. Batwoman trips. Who is Josie? Do they mean Sophie? Who is Wolf Spider? Oh it's Kate's friend Evan. Maggie makes a spectacle of herself and ditches Kate.

A vampire lurks. There is incoherent action. Will this title ever come back? There's a slaughter swamp? Who's Killshot? There is pathological deceit and Kate is in peril. Danger is becoming her lifestyle. This was very good.

“Sure collects husbands. Dead ones.”

“How tacky was that place?”

“Did up our coolness factor at school.”

“Hey moron, screaming at me before you attack forfeits the element of suprise.”

“Some loony in a costume.”

“Do the creepy stalker thing?”

Saved by the maniacal octogenarian!”

“Maybe he's a supervillian? Then you could punch him in the face without guilt!”