This HBO documentary is about how 2 12 year old girls stabbed a best friend 19 times. Tried as adults, they faced 65 years. There were useless detached mothers and defensive fathers and cats. The 2 12 year olds seem creepy and knowing and disturbed. Morgan and Anissa claimed to have tried to kill their victim because of the mythical Slenderman.

The victim is called Bella or Payton by various people which is confusing. A digital folklorist speaks. Slenderman was created in 2009. An infamous website is mentioned as is creepypasta. There are really bad slenderman poetry and fanart and fan videos out there. Richard Dawkins speaks and we see footage of planking, memes and the ice bucket challenge. They show vidoes of a bunny eating raspberries and the world's worst toaster. The would be killers accessed videos about are you a socipath and doomsday preppers and a serval.

Who is this Tyler who is interviewed? What was he in jail for? Who has a facebook fan account for a would be tween killer? A fat scout is seen. There are lots of shrinks and a diagnois of mental illness and asthma. Morgan claims to have had mental illness since age 3. Is she faking?

Morgan's father had the same mental illness. One girl was a 'Star Trek' fan and there were disturbing finds in their rooms. How did their parents not notice?!? Nothing from the victim and her family is said. Even a cat watches an ipad. This all took place in Waukesha. The woods look pretty but the scene of the attack wasd cleared. Someone made fanart of the would be killers. Morgan is put on anti-psychotics. If she's faking, she's doing it well. This was made before they were sentenced to decades in a mental hospital each. This was not amazing, but good.

“No closed doors in this house!”

“Urban legends on the internet.”

“Understand too much culural context.”

“Break their way into the myth.”

“Private time up in her room.”

“Not to socialise with the family.”

“No one at school likes you.”

“I don't know where she keeps her knives.”

“The moment you know about him, he knows about you.”

“No social life back then.”

“Virus of the mind.”

“Still dealing with the emotional damage.”

“Keep everybody in a positive place.”

“Who are not troublemakers, prior.”

“Afraid they would be taken from her.”

“Not allowed to have scissors.”

“I know the devil's not in the backseat!”

“She can't tolerate that.”

There is endless wearying indignity for everyone. Teens have an unwavering ability to annoy. This was an ardous film with a bizarre final image. There is no gracious magnanimity. This was inauthentic and stagey. The town is hacked by a calculated and vindictive hacker. The mayor is exposed leading to his death.

This was not profoundly significant. Aspersions are cast. There is no case for pride in what has happened. This was an utter catastrophe and there is no intensity of character and purpose. People mumble and this was hopeless incompetence and an absolute failure. Nobody is conciliatory. The ongoing hacks cause a commotion. There is unpleasant dishonest and violence. This does not leave you reasonably engaged. There is no amoral fabulousness. Teens are detestable in their bored entitlement.

There are feelings of dissatisfaction. People have parasitic cronies. The town has a hint of something darker beneath. Teens are irresponsible. There is negativity and there will be severe consequnces. People are inappropriate, wrong and foolish and make errors of judgment.

There is dire trouble and where are all the adults? The principle is exposed. The town is an unpleasant place. This was incongruous and ill considered decisions are made. There is contemptuous dismissal and no shame. There are catastrophic consequnces. This was lazy and demeaning. Who laptops on the loo? People are horrified and there is suspicion and distrust. There is no competence, honesty or credibility. There is a toxic climate and no openess, transparency or accountability. There is internal discord and socital expectations.

Things are destructive of trust. People get attiude adjustment sessions. There is aggression by shirtless angry teen boys. There is scant regard for the truth and spite and profound horrors. There is unity of purpose and a climate of mistrust. This was not devious and there is no subtlety. There is an arrest and blood and no reserves of dignity. There is enormous cultural upheaval and this was an absolute catastrophe.

This was depraved, manic and confusing. This was chaotic and freewheeling. It was not clever or vicious. Someone is thrown out of their house and there are revenge attacks. There are unscruplous and macabre reactions. This was serious and earnest. There is no suspension of disbelief. This was deeply unsettling and there are fantastic revelations.

There is no moral comfort. People are without clear motive. There is violence and conflict and deep concerns and tensions and provocations and incitement to hatred. Girls don red plastic raincoats. People get their 'Purge' on. There is meddling and uncertain fates and dissenting voices. Suki Waterhouse, Kathryn Erbe, Jennifer Morrison, Bill Skarsgard and Bella Thorne featured.

“What I did that afternoon was really gross.”

“No one wants the real you.”

“Says they love you for being you.”

“Every guy on Tindr wants to choke me on our first date.”

“Beautiful when you cry.”

“Rest of the world is laughing at us!”

“A life sentence is an absolute certainty.” 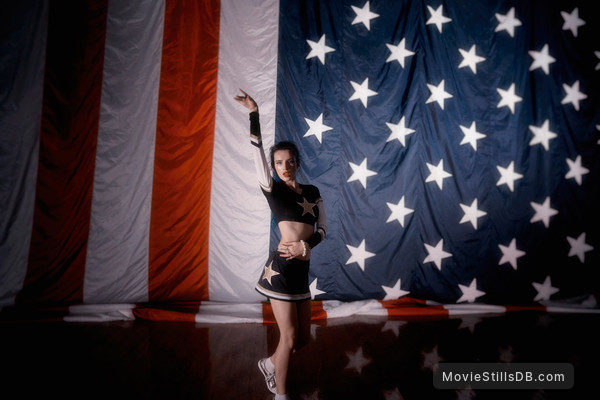 Sexism, criminality, a brat kid and angry reporters. A mob develops. This was all rubbish.