I miss this show.

“This version of the future.”

A fake belly and Bessie.

'The Possession Of Hannah Grace' promo

There is hazelnut pesto?

I feel abandonment. I don't accept rejection with equanmity. My ex was endlessly solicitous, until he wasn't. My ex wiped me from his life. He has blithe indifference.

'Outer Banks' got a second season?

I want a sanit jewels platinum, diamond and 19th-century spiral ring. I want a woll and velvet minidress. I want a pumpkin ramekin.

“Hasn't been the same since they murdered the mayor's dad here.”

“A JCPennys. Used to be here.”

“We already own a book!”

“There needs to be consequences for this type of behaviour.”

“To change any behaviour, a person needs to have the capability, opportunity and motivation to do so.”

“Being horrible has been a choice all along.”

“Say the things that no one else will say.”

“The past was behind them and not mentioned.”

“Enablers and facilitators who aided and abetted the rise of a man not worthy of the status, power or rewards he was granted.”

“Those responsible have now retreated to the shadows taking advice on how best to avoid scrutiny and challenge.”

“Refused to conform to society's expectations of who they should be.”

“In books, groups of teenagers are so often involved in mysterious deaths that must then be solved.”

“Provided with many opportunities to include us, they ignored us.”

“A grave insult in the biker world.”

“No longer Ireland's idea of fun.”

“Don't want to think of my life without him in it.”

“Regretted and sought for again.”

“Tone of the art that will dominate in troubling times.”

“Wait for them to eventually realise that your patience and understanding and lack of neediness marks you as a Cool Girl, the kind of woman you do indeed settle down with.”

“Whole school had it coming to them.”

“Are we protesting or are we rioting?”

“Not what should matter right now.”

“Do not quote the president in front of our child.”

“Actively not doing anything.”

“Normal! Back in march!”

“Put down the snowball and get back to quarantine!”

“This is the exodus that could reshape urban life in the coming years.”

“Found other people far too human to endure.”

“Secluded in their garrets,”

“Walled themselves up in their chambers and muffled out the world.”

“Almost nothing to catch up on.”

“A precaution that triggered the catastrophe.”

“Footage of dead bodies being removed by military trucks.”

“It was a peace offering of sorts. Hostilities resumed shortly thereafter.”

“Since the beginning of life on the planet,”

“No taproot to anchor them.”

“Fires that date back decades.”

“Towering ancient forests that once reached for hundreds of miles.”

“Stolen whatever they could carry, and dragged it back to fill their enormous houses.”

“Lifting them with the downdraft.”

“Friend of his dreams.”

“The in and out bandit.”

“Threatening people on the phone.”

“Air of man waiting for his paycheque to arrive.”

“Didn't really think about the consequences of our behaviour.”

“Things were rapidly going in the bad way.”

“This is how you interact with the world.”

“Your importance is communicated through the things you wear, buy and do.”

“Become a person I didn't want to be.”

“Complete disregard for what people thought.”

“Trapped in the aspic of our obsession,”

“How much prewar British fiction consisted of exploring the country estates of the upper class.”

“Been hard done by.” 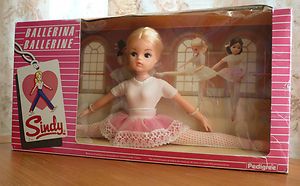