Trailers, Quotes & a Tale Of 10 Tapes

'The Haunting Of Bly Manor' teaser

What are pickled tomatillos?

Letterbox cocktails are a thing.

I want a mandarin garnet and a sheepskin rug.

I won't read 'Dead To Me' or Firefly: The Magnificent Nine'.

I hope my ex and the bang maid he left me for are miserable. I never had his complete attention. I feel volcanically bitter. My ex had a smugness quotient and was not well intentioned. I feel denial and devastation. He has a monotony of self-interest, the miserable git. I feel isolated from people who care. My ex is an incorrigible liar. My ex = unengaged and left me miserable. What caused it to come to this point? My ex walked out of a functioning happy relationship and a certain future after claiming to love me across a lifetime. I reserve my deepest loathing for my ex. My ex = negative cloud. I thought I had unconditional support from my ex. My ex has intransigence in his wilful disregard. My ex = reprehensible. How did things go so terribly wrong? I thought my ex had affection. My ex pretends I don't exist. He's not overly concerned and my ex is extremely cruel.

A frozen yogurt shop I'd go to has been demolished.

Cleared out 10 videotapes. What was the damn point? Why DID I keep watching 'Smallville' when it made me so damn angry? 📼📼📼📼📼📼📼📼📼📼

“Viewed it as wasted time.”

“As if I was the most damning thing.”

“Step into another world.”

“Picking fights with some powerful opponents-”

“Refined their culture to the point of caricature.”

“Such rural horrors as electric fences, hostile farmers, killer frost and a tweedy, masked figure in a tartan kilt.”

“While claiming a moral stance.”

“Betrayal of a friend.”

“A torrent of national abuse.”

“Irredeemably discredited – or so it seemed.”

“Had such profound implications.”

“Who makes a scarier enemy.”

“Accumulated all the stuff that we are indoctrinated to aspire to.”

“Don't know how to engage with the system.”

“Use aggression to resolve conflicts.”

“I hate flowers. They bore me.”

“A Victorian book of diseases.”

“No life on earth of any kind.”

“Worries about their consequnces.”

“What they represent to us, what we've imagined them to be, what we think they'll provide in our lives that is currently missing, who we'll think we'll be when we're with them.”

“Imaginings can become an obsession.”

“Self-created myths of a person.”

“Momentarily run short of things to be offended by.”

“Need a holiday? Why? You'll only get bitten by something, possibly a dog.”

“The awful price of rebellion.”

“If someone could get away with what he'd been doing for decades with that hair and those lurid shell suits, what might smooth-talking, painstripped men with real power and influence be capable of.”

“Seems destined for the bleak and brooding.”

“Managed to relegate a pandemic and an approaching hurricane that had been classed as “unsurviable” to the “other news” section.”

“Been the victim of lawless swarthy Mediterraneans who should be grateful that the likes of him holiday there,”

“Not process the approval needed.”

“You are only indispensable until you are not.”

“Anger at how he's been blamed for the failing of the club.”

“Make it look like all of this is happening against his will.”

“Dark and cold and isolation.”

“Leaving because of anger.”

“Consequnces will be hugely negative.”

“One the outside of many important conversations.”

“They are not the kind of people we want on the streets.”

“The timeline and context of which cannot be determined.”

“Not intended as a threat.”

“Drawn to their conviction.”

“Not been without controversy.”

“The destructive potential of family ties.” 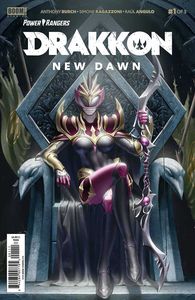