This is a dubbed German drama about a medical lab and secrets. Mmmm.

“You are the creators of tomorrow.”

Don't push the past away.

The world's most dangerous theme park and how many people died in the wave pool?

“This is our undoing.”

“That girl is your enemy.”

“Prey on housewives and mothers.”

How many marriages has Anne Heche wrecked? Hers and other peoples? Does she still think she's on 'Another World'?

My ex shredded my heart and dissuaded me of notions and he has effrontery. I thought I was cherished. My ex isn't much into remorse and I've a sense of grievance. I can't take any more disappointment. I feel long suffering and my ex caused unrestrained disappointment. I'm frustrated and unimpressed. My ex has a lack of engagement. My ex have a devastating effect and he's unable or unwilling to explain. My ex considers me irrelevant. My ex refuses to talk to me, which I regret. I feel completely alone and isolated and I have their frustration bordering on anger. My ex is irrational and unreasonable. My ex made false promises and my ex shows little sign of a desire for change. I saw my ex in an idealised romantic light. One can have endless speculation about my ex. My ex remains eerily unaltered in his awfulness and my ex is capable of malevolence. I feel despair and desolation and he had false pretences. He intentionally hurt me. I initally had disbelief at my ex – then extreme anger.

Andrew Robinson was in a 'Murder She Wrote' ep which also had a tabloid headline alledging Socks had been kidnapped by Martians complete with clipart. The tabloid also had a tasteless Azaria Chamberlin reference. 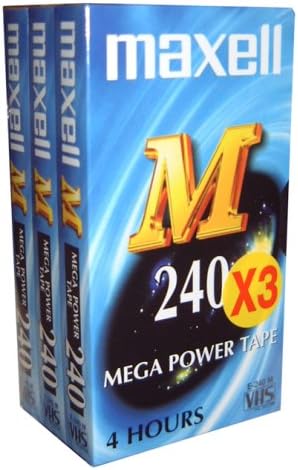 Oh Neil Marshall, what happened to you?!?

“Ensure he could be easily controlled.”

“A man whose actions test even the most persuasive argument that evil does not exist.”

“Never as good as a film featuring Chaka Khan as a chicken ought to be.”

“A world now temporarily inaccessible to most of us.”

“Rendered unconscious by him.”

“People of a certain vintage.”

“Show his then girlfriend just how tough he was,”

“Usually given as a reward.”

“Later beat Adolf Hitler in to second place in a French poll to find the most hated man in the world,”

“The home phone line was once the centre of everything.”

“Landline has dropped out of favour so much.”

“Based on their own lives, experiences and norms - and privilege.”

“Barbarism, superstition and ignorance covered the face of the world.”

“There were no Dark Ages.”

“Sensing the mood was darkening,”

“Uttered the words that will define her legacy.”

“More than a dozen rangers were enlisted to ensure the celebrity couple saw lions.”

“My toe got eaten off by a piranaha.”

“How can you lose a balaclava?”

“No future here...only a day to day present.”

“He stared at the monstrosities inside the pie case.”

“A private reverie of hopelessness from which there was no way out.”

“We have seen the enemy and he walks among us.”

“He was forever beyond her pity.”

“You ain't the typical road trash.”

“Wherever you'd take them, someday we'll be there too.”

“Something seriously bizarre about that dude.”

“His smile could frighten young children into fits of screaming.”

“You up for some trouble?”

“Await a decision on their fate.”

“She's absorbed lots of personalities and been formed by other people.”

“Can anticipate everything without even realising. It allows you to tune out.”

“Not often something of note happens.”

“You've become a cool kid, uh? My money was on shut in or serial killer.”

“It's not all arms trafficking and praying to the moon.”

“The dribbler, I know it well.”

“I can't believe we're not walking at graduation.”

“Maybe get behind being seen in public with him.”

“Worthy of telling other people about.”

“I'm not worried we're going to be murdered here tonight.”

“Died in a super depressing way.”

'How To Get Ahead To Medieval Court' Quotes:

“Warrior down to his gore-flecked bootstraps.”

“Surrounded themselves with their special people.”

“Not without taint of an obscene relationship.”

“Dance around their whims.”

“Something to be dreaded.”

“Exactly who was being washed here.”

“Kings of the future.”

“Loyalty and time were running out.”

“Agreed form of words to use.”

“Saw what was coming.”

“What was his fate?”

“We drove 3 blocks before aunt Claire let go of the door handle.”

“What does castration mean?”

“Drive a golf cart over a catered dinner and into a swimming pool.”

~
On classic 'Hollyoaks': Nancy is a reporter not a teacher. Brendan is framed for a murder he didn't commit. Brendan has murdered lots of people. Silas lurks. He was the first serial killer on the show, we see Will before he became a serial killer and before he was killed by another serial killer. We see doomed Texas. Bredan's 'acting' consists of twitching, rolling his eyes and sniffing. Ste cries. Amy is seen as is poor doomed Doug. Warren is fat. Brendan has a total and utter lack of empathy. There is no steadiness. This impedes one's enjoyment. Some chav screams. There is deliberate ineptitude. A damning picture is painted. The chav Lynsey screams some more.

“Meaning you've got a bad taste in men.”

~
Watched an '{Un}Well' (2020) ep 'Fasting' – it's about alternative health and the quacks and nuts it attracts. Are people falling victim to false promises? There is disordered eating and biohackers and a man drinks egg yolks. Silicon Valley companies are cultish. It is abundantly clear that these people are nuts. There are dark promises and rising meance from gurus. People expect transformative things. The benefit of fastings does not seem even vaguely plausible. Tech bros are incurably corrupt enduirng villains.

There are a hopeless tangle of pathologies on display. There is no constant vigilance and no positive motivating factors. Gurus can have a malign effect. What is leaky gut? Gurus have obfuscation and ignore how fasts are decried. There is a myriad of horros on show. A woman bewails how a con artist guru caused the death of her obviously eating disorder afflicted husband.

The gurus ave intractability and cause serious doubts. One feels an angry reponse to this. These gurus should be in disrepute. Gurus push veganism. The gurus are insufferable people and there is poignancy and utter moral wretchedness and a terminal lack of empathy. People are not decent or respectable. This was not much loved. These gurus should have peripheral attention paid. There is horrible sincerity by Gurus despite them being opportunists.

“Go back into the past.”

“Default state of humans is not eating.”

“Change the way we eat.”

“Thoughtful pause in the consumption of food.”

“Turn away from food.”

“Didn't fit into my lifestyle.”