Face Of The Enemy

The universe is a cold, silent, unintelligent place much like this ep which is badly acted unself-conscious absurdism. Romulans sleep in thier uniforms? Troi wakes up on a Romulan warbird and she has been surgically altered to look Romulan. She's pretending to be a Tal Shair agent.

Carolyn Seymour of 'Survivors' plays the commander of the Romulan warbird. The Romulan uniforms look like quilts. Troi can't act and has negative capability. Is Troi speaking Romulan? How is she speaking Romulan? Troi always had the weight of people's low expectations. This was unexciting and Troi violently contests sense.

Bad actors growl, scowl and spout exposition. Troi has comical anguish. A Romulan appears well intentioned. Women do vituperative haranguing. This was fairly average and horrifyingly banal. There is no collective sense of empathy, resilence, kindness or social cohesion. A defector returns to the UFP and he has wilful non-conformity. Riker has annoyance regarding perceptions of incompetence.

There is no prosocial behaviour. Picard gets a message from Spock. There is groupthink, shame and fear. The pensioner Picard accuses someone of colluding in an oppressive culture. There is a lack of urgency and Troi is shrill. This didn't appeal and this was a hell to endure. There are more defectors and talk of the dissident movment. This was a terrible disaster. There is absurd sterotyping and how does Troi know Romulan food or table manners? Oh wait, she doesn't. Why didn't she ASK?!? Romulus has an Intelligence Academy and an Imperial War College. This looks cheap and low budget. The UFP/Romulan detente in this ep came to nothing.

“They're terrified of me.”

“The purpose of the Tal Shiar is to ensure loyalty.”

“She was killed so that you could take her place.”

The returned hubby is annoying. This was not timelessly fascinating. David is sued over an exorcism. Kristen is a bitch with po-faced gusto. This show is all artifice. The daughters have an increasingly desperate plight due to their useless parents. Leland is merciless in his appraisal. I want to enjoy this but I'm not.

Leland is a persistent threat and there is legal character bashing. There is breathless melodrama and manic, corny, hopeless, muddled plotting. Leland has cackling connivance. The plot leads nowhere of consequence. This was greviously lacking breathless melodrama. David's past is dragged up. The hubby is a tool. The incel has no concept of gun safety. Nobody is scared of their future. What happened to the cat? There are deeper and rather troubling trends.

“Drawn the attention of the Holy Father, that is not necessarily a good thing.”

“Has to have the last word even from the grave.”

“Did anyone do anything?”

Kate, Sara and Kara hang out. People wail over Oliver. The heroes learn that Bruce Wayne is Batman. Lex is back. Kara whines and wears unflattering pink lipstick. Oh shut up. This guest stars: Jon Cryer, Matt Ryan, Tom Welling and Kevin Conroy. Barry and Iris bore. Kate and Kara go to Earth99 and meet Bruce. Some annoying man annoys and Bruce needs an exo suit to walk around. Bruce looks like an accountant. There is an Earth75 where Lex killed Superman. Earth 167 is the 'Smallville' Earth. That Clark is still a big dumb alien. That Lex is POTUS.

Welling still can't act. His Clark gave up his powers for Lois. The mountain of Clex future fanfic that had Clark and Lex together and being heroes is rendered non-canon. Clark and Lois have 2 daughters. Clark mocks his and Lex's chats. Oh FU Clark, he doesn't care about the multiverse being in peril. Lois is still stupid.

Earth99 Bruce is a loony murderer who can't act, Earth99 Kate got herself killed. There is an Earth96 where Joker killed all Clark's friends and family. Earth99 killed Superman but not before he ended up in the exoskeleton. Is Earth96 meant to be the Christopher Reeves Superman?

Bruce's batcave is a dusty mess with the batmobile covered in a dust sheet. Bruce decides to kill Kate and Kara and dies from falling over. Kate is called the bat of the future – oh how wrong that was. This was not good. 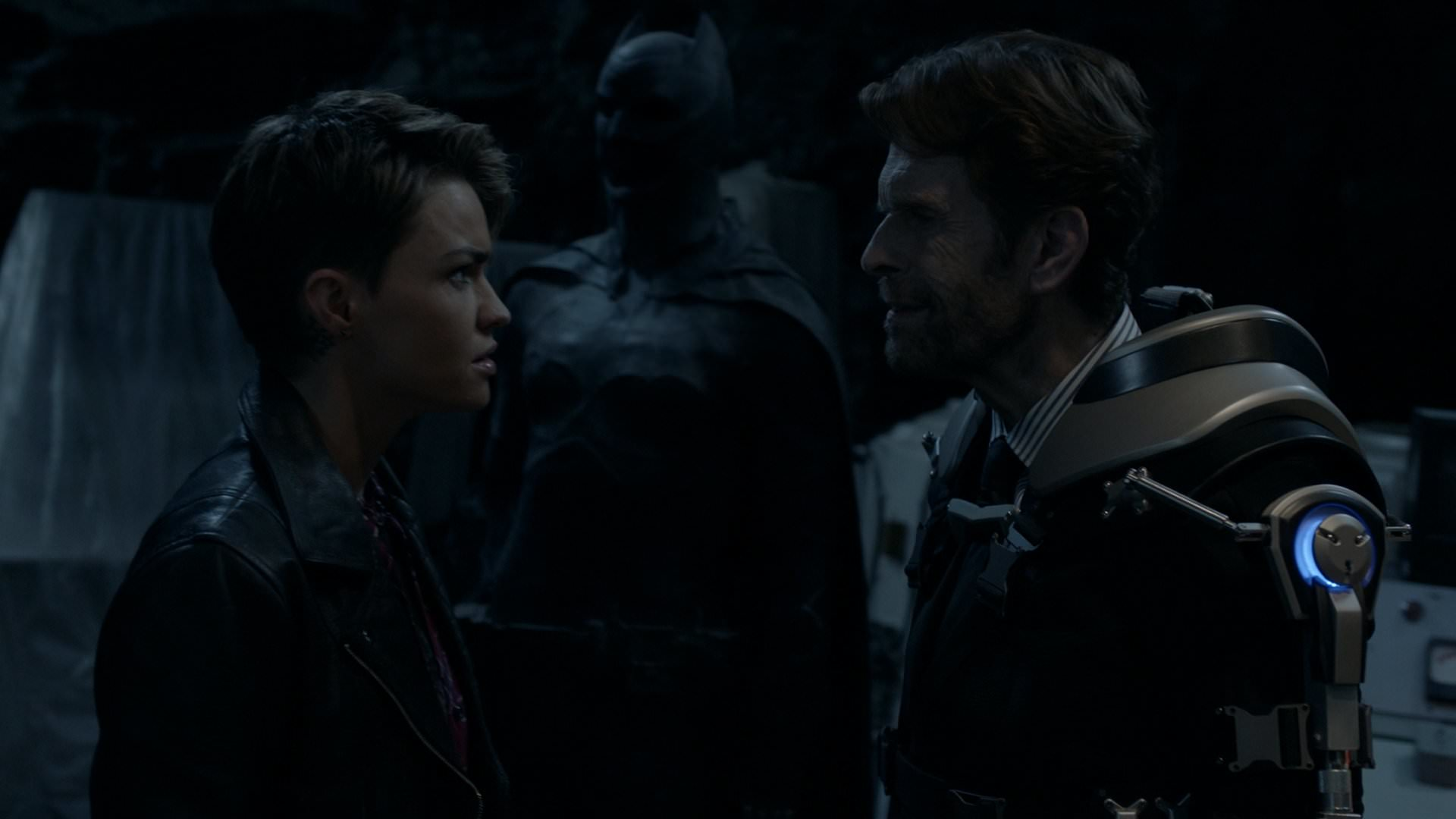 ~
Keep Calm And Party On

Lily Kane has been forgotten in Neptune 15 years after her murder. There is talk of political corruption. How can Logan get a job as a lackey to some people? He's in Naval intelligence! Veronica is racist and Mac's away. Logan can speak Arabic?!? Veronica does E with Logan, wouldn't Logan doing drugs have consequences to his naval career? Veronica gets a protege. One of the bombing victims was the nephew of a drug cartel boss. Murder is planned and this wasn't good. There is another bombing and Veronica gloats about being right.