Houses Of Stone by Barbara Michaels

This 1993 neo-gothic centres on Karen, an English professor, who discovered a lost 19th century female poet only known as Ismene. By chance, she gets the opportunity to uncover Ismene's true identity. This was a half-baked 'ghost' story with melodramatic outbursts about feminism 101 literary theory, deep sorrow and soulfulness and a dumbass heroine at the mercy of her own poor choices and consistently poor judgement.

The 'heroine' has a love interest, nasty rivals, a personality free best friend and another friend who is a 'lovable' sexist who is oddly tolerated. This was mystifying nonsense that loses momentum. A historical act of pitiless cruelty is brushed over.

This was not an enjoyable distraction. The 'heroine' leaves chaos in her wake, there are not complex social nunaces and this was mundane. The 'villains' never evolve beyond caricature. To be blunt Ismene's writing is neither engrossing not compelling and does not resonate powerfully. This was a thumpingly dull tale of clumsy ignorance and laborious exposition. This was a cringingly awful account of a particularly nasty terrible events. Racism and slavery are shrugged off, Karen is such a Karen.

“Something in the attic of that terrible old house – something or someone, who had suffered and died without forgiveness or reconciliation.”

“Of all the contemptible, filthy tricks.”

“Struck me as profoundly uninteresting.”

“Most of these books are about women who just can't seem to get out of the house.”

“How it is worse perhaps to be locked in...” 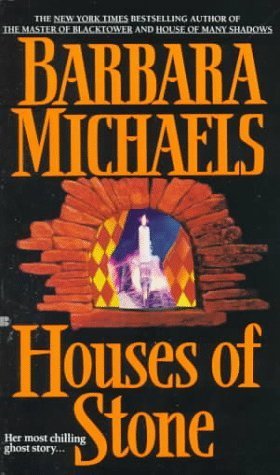