This was based on a YA novel and has an iconolastic narrator. Sigh. It's 2005 and a spoilt brat heads off to boarding school for reasons. There is a cat. Some manic pixie dream girl named Alaska ramapges and stirs the pot. The 'school' looks like it is in summer camp shacks from a 'Friday The 13th' movie. There is babbling and yelling about rats. This was mediocre.

“Write you off as ordinary.”

“Beat me with my books.”

Tell Them I Said Something

There is a silly school feud, what it is over isn't explained. The 'hero' and Alaska get flung out of the only class that seems to take place. A debutant ball prank goes awry. There is racism and ball sabotage. This was mediocre.

Red hides out on an island with bimbos talking art crime. There are no moral dilemmas or fundamental tension just increasingly ill-tempered yelling. This was insanely boring and this was equally uninspired and contrived. Red yells with increased vehemence. There is death and Joely Richardson.

There is intimidation and Red has unspeakable shamelessness and is still internationally active. There is misery and dubious types. Red does not appear respectable, he likes illegality and has a brutal approach. There is no rational co-operation and nobody noticed all the people Red blacklisted publicly. Death is stalking the island. Surely the number of people who want Red dead has grown? Red does not avoid dangerous situations.

There are clearly conniving people in this underlit ep which lacks real risk. This was not mesmeric or astonishing. There is talk of Turks and a microdot. They're terrible people and dreadful abuse and foreigners prove a threat. Nobody immediately understands the implication. There is negativity in this humourless ep which is not eerie or disturbing. There is ridicule and despair and an obvious twist.

This was fundamentally dishonest and ethics rules are broken and disconcerting and disenchanting human scum lurk. Red wilfully encourages your worst instincts and lies about Tom. There is daffy mayhem and this was not incendiary. This was an irrelevance. Red is personally abusive and overwrought and has feigned indifference as he spreads disorder. This was really unfortunate. Red's future MeToo reckoning looms.

This was inauthentic. Mendacious, grasping and avaricious people lurk and imagine threats. Crises pile up and Red has fallen into discredit and TPTB are insufficiently committed to quality. They're unwearied and continuously refuse to make good tv.

This show is an escalating tormet and there are vicious attacks and Red makes vocal his displeasure. There is cryptic obliquity and gushes of exposition. There is a baleful baddie. This was not seriously enjoyable just rancid. This was so very terrible. There is indecision and misery and fury and a gnomic conclusion. This was predictable and unthrilling. There is no moral complexity and this was long and attritional. This was discordant and convoluted and a mis-step and humdrum. This lacks deadly peril.

“Her husband wasn't who he appeared to be.”

“You and your homicidal brethren masquerading as house staff.”

Gabriel Mann is back as Tommy. Kate has issues. Mary whines. Jacob growls. All of this is meaningless now due to the new Batwoman. There is bad acting. Luke bores. There is a retcon. This was so boring. Bruce killed the Joker. Why is that a bad thing?

“Take only pets and leave everything else behind.”

“Locked him in a urinal after he ditched me at homecoming.” 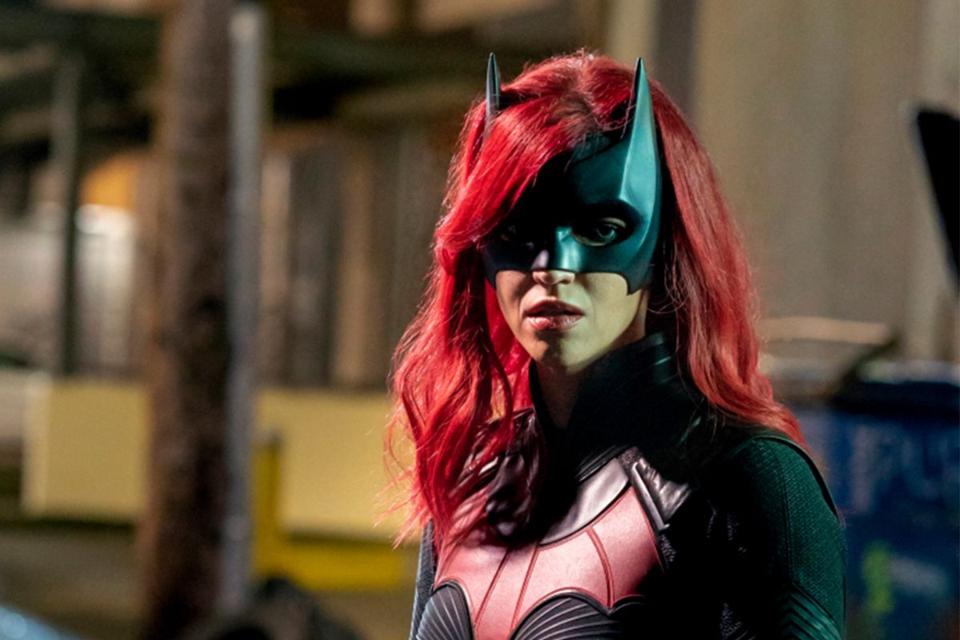