One is not particularly feverish with anticipation.

I have a voluptuous calico cat.

Who has pandemic insurance?

There are 3D printed vitamins?

I want a tortoise shaped teapot.

What is a heater cabinet?

I want a Moneto Collection necklace with Monte pendant. I want earrings set in platinum featuring 6.65 carats of rubies and 9.34 carats of diamonds. I want a modular necklace of pink tourmalines, rubies and rubellites, which turns into a tiara with the drop becoming a pendant. I'd like a Patek Philippe The Henry Grave supercomplication watch. I want Elysium earrings with blue topaz and multi gemstone earrings and Dior et Moi earrings with black pearl and opal. And I want a Maxi Iconica multi gemstone ring.

Who saw 'Car Wash', 'Come Back To The 5 & Dime, Jimmy Dean, Jimmy Dean' 'Dreams Of God' or 'The Incredible Shrinking Woman'?

My ex behaved like someone with very little emotional maturity or empathy who didn't respect or care for me enough to bother explaining anything. He did something horrible and dehumanising by completely ignoring me. He did not treat me well. My ex is not speaking to me or interested in a future with me. He is not the only one for me. He treated me as utterly disposable with no communication, respect or commitment. He expressed interest in a future with me the liar! My ex absolutely devastated me, when it ended like it did. I do not have jilted fury it is because my deeply unpleasant ex wilfully ignores me and caused me frustration, anger and sadness.

Rewatched 'Deadly Lessons' (1983), again: noted a blooper: when Kemper writes Tember's name on the murder board as a possible homicide, he writes her surname as Hogan not Logan. Next time the murder board is seen, the blooper has been fixed. In a neat touch Shama had horse photos on her dorm room wall and a horse calender: aawww.

Marita wasn't the nicest person. Why did Cally help Stefanie on with her riding boots and not Marita? Why did Miss Wade hire a riding instructor who served time for grand theft and extortion? The killer is obviously looking for a patsy. Stefanie hands over 'evidence' which is promptly shoved in someone's pocket as they look shifty and walk off. Stefanie ignores obvious homicidal intentions. If Stefanie barricaded her dorm room door, how did Lauren get in? If students were not supposed to be alone, why were Stefanie and Lauren left alone in their dorm rooms due to having murdered dorm mates? Where in LA was this filmed? Why at the end did no one comfort Stefanie? Why did TPTB act like this was the completely deserved consequences to Wade's actions?

“A less flattering part of his legacy.”

'O'Casey In The Estate' Quotes:

“When it comes and it will come.”

“Go over and punch him in the face.”

“It's not like they were doing particularly well previously.”

“Wimbledon was supposed to start today. Only world wars cancelled it in the past.”

“Sounded and looked as people wanted her to be.”

“Allowing strangers believe that they somehow knew her.”

“Scare their way into the White House.”

“Rarely has caution been rewarded so spectacularly or seemed to prescient.”

“Don't have a lot of close friends so I can't talk to anybody that much.”

“This is already weird.”

“Lost interest in going out.”

“Regard other people as a potential threat.”

“Assumed each other were the exact same and professed love for that version of each other.”

“Live up to both a memory of yourselves, and to recreate the exact same love.”

“Cementing our identities and what our future looks like.”

“Unable to envision either a future or present version of yourself that doesn't exist soley in relation to him.”

“Not earned this power in your life.”

“Creating a past version of someone-”

“Create the fantasy of a life with him that you are so desperately holding on to?”

“Give up all your dreams now! While you're still young!”

“In case you have to do other mruders!”

“Scared of the fish.”

“We hate that you're here!”

“Into the relam of legend.”

“A dramatic end for a dramatic guy.”

“Neither his ship nor his treasure has ever been found.”

“Not to tread on or attract anything unfriendly.”

“On gator watch with that machere.”

“Stripped of the land their families had tended for generations.”

“A way of life shaped by subsistence agriculture.”

“Risen to positions well beyond their competence.”

“It's becomingly increasingly difficulto without any kind of income.”

“Locked them in air-purified classrooms to protect them from the smog.”

“Regard families as redundant and nations as obsolete.”

“Nowhere to be found on continental Europe-”

“Lack of shared culture on the ancient isles.”

“Accepting a perfect stranger as a loved one.”

“Opened a door that will never close again.”

“Laments of lives gone by too quickly.”

“Lived a lifestyle that was dangerous.”

“What kind of people go there?”

“Built an empire of sponsorships on the bodies of bullied young women.”

“Nations refused to allow it to dock, until the only hope was a dash through the Panama Canal. The news that four Covid-19 fatalities lay in the morgue didn't raise morale.”

“Made some changes in his life.”

“Why is this man sleeping on your porch?”

“Some things aren't meant to be known.”

'The Summer Of Love' Quote:

'In Search Of Monsters' Quote:

“Unbound by the rules of science.”

“Promptly, as on the same day.”

“What form of falsehood.”

“Recieved his attentions with pleasure.”

“Fish in my trout stream.”

'The Art Of Fashion' Quotes:

“An empire – or at least a throne – was what Wallis Simpson had in sight when she began her storied love affair with Edward VIII. She never got it, but she did amass a jewellery collection so extravagant it was referred to as “the alternate crown jewels”,”

“Meaning then known only to them, now deciphered for the history books.”

“Some films will have jewellery around 1000 years out of date.”

“Never really got what either of them bargained for, not really wanted.”

“Her entire life was dedicated to trying to make the duke feel that he was still a royal figure.”

“Aren't deemed to be of a certain level.”

“Culturally speaking, there is a void.”

“Offer perspectives and experiences different than our own.”

“As if your approval were the one thing in the world necessary to his complete happiness.”

“Denounced the game as a menace to the nation's intellectual life.”

“With good binoculars you can read the time on the Calais town hall clock from the cliffs of Dover.”

“In danger from relatives.”

“A blond utopia with tasteful driftwood interiors and interesting murders.”

“Curious about its purpose.”

“The enchantment they felt as children?”

“Something previously hidden was exposed.”

“Some cliches are dispirtingly true.”

“Trying to bulk buy loo paper and paracetamol from village shops. Proprietors responded by hiding it under the counter.”

“Not everyone took it well.”

“Locals banged on doors and told them to leave. (Some to their credit, left without waiting to be asked,”

“Visitors are not always kind.”

“The greed of enchanted children.”

“An ancient land that traded with southern Europe before Christ was born, reduced to selling ice cream and Poldark mugs.”

“The BBC alone was trusted.”

“Tips on what to do if I'm chased by police dogs.”

“Decision has gone down badly.”

“Such was the ensuing public condemnation.”

“Making noise and disturbing him on purpose.”

“Only views they deem acceptable are heard.”

“The past life we idealised.”

“Grow up with a provincial point of view.”

“Convinced the cinematic city I worshipped from afar held the incredible life I longed for.”

'Anne Of A Thousand Days' Quotes:

“I'm the King Of England. When I pray God answers.”

“Let no man question that.”

“What the king wants, he will have.”

“My marriage is cursed.”

“Little happiness in my life.”

“Gather enormous forces against you.”

“I shall believe it on the day it happens.”

“What do you want from me?”

“Promised me marriage and the throne!”

“Hiring hitmen to murder you.”

“The drugs made her do it.”

“You are being tedious.”

~
Watched a classic 'Hollyoaks' ep from 1997: Cindy birthed Holly and abandoned her newborn baby. Where were social workers in Holly and Cindy's later life? We saw young Jack and Tony. Various unknowns ran around. Some goob named Kurt bullies his wife. The church was totally different. The pub was totally different. The opening and end credits were so cheap looking. Dawn died. Who? Cindy's sister apparently.

Mandy and her pre lip job face showed up. Is that the father that Mandy would later accuse of abuse: loudly, repeatedly, hysterically and annoyingly? This is old school. It's xmas. Cindy and Mandy had a brother?!? Where is he now? Wait, was the brother the now dead Max? Who are Lucy and Ruth?

Who was Ollie? Tony is dating 3 women at once?!? There is synth music and people are erratic. Dawn is mourned with suprisingly ferocity. This is not as psychotically bonkers as the 2020 show and its just because logic. Some guy named Jambo punches xmas decorations. Seriously JAMBO? There are people named Sol and Rob you just known are bad uns. A doctor violates Cindy's medical privacy. Davina Taylor shows up as Jude.

“Fancing leaving it in a hospital canteen!” 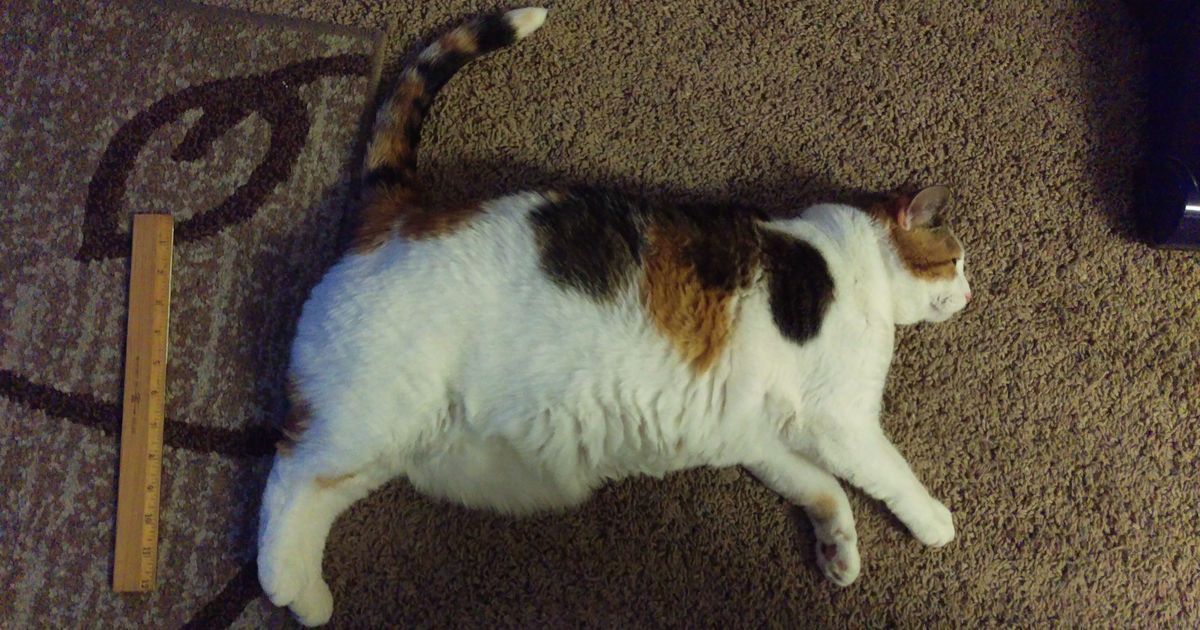 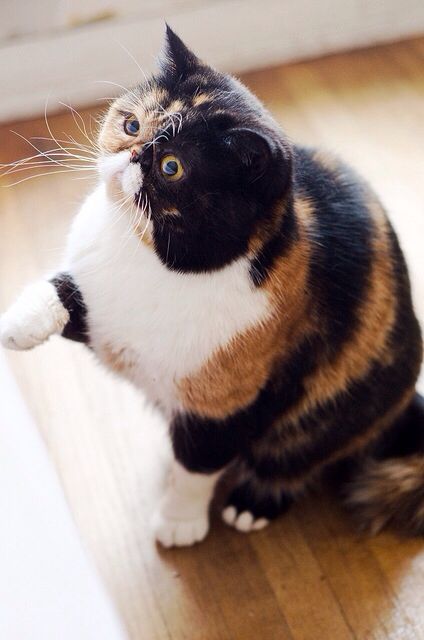 Tags: deadly lessons, the tudors, thoughts, trailers
Subscribe
Comments for this post were disabled by the author