This was inert and lacking basic competence. Red is a malign tormentor who has made Liz a stranger to joy. Baddies are relocated. Ilya is looked for. I'm confused. There are flashbacks and a baggy narrative structure. Liz brings tragedy on herself by a grim litany of dangerous reckless acts. This was meritless and singularly inconsequential. Ilya is played by Brett Cullen in the present day and Gabriel Mann is flashbacks. This was fantasically dull. Liz does illogical decison making and I've no idea what is going on. Liz learns a truth. No one is able to express themselves with any degree of sensitivity or intelligence. This was rubbish. Does Agnes even know who her mother is? This was irrefutably dull and woodenly stupid. Liz and co have bargain basement morals.

“Who she's pretending to be.”

“Was he looking for my mother?”

“He was before I shot him.”

The ex husband's accent has changed from 1x01. There are pirates and quipping. There are no consequences for wrong behaviour. This show sucks.

~
Grinning From Ear To Ear
Luke rants about Bruce's man pain. Lord he is vociferously boring. Why is Mary lunching with Sophie? What is the point of any of this if Ruby Rose is leaving? Jacob is thankless and probably racist. This was not absorbing. There is no grim sincerity. There are so many dark instances of Sophie and Jacob's crap. Has Jacob even seen Kate since he got out of jail? There is no protectiveness of Kate from Jacob.

Sophie's mom shows up. Jacob is incredibly confrontational and perturbing. Where is Tyler? Sophie's mom rages. Sophie is 28 and has 2 degrees. This was not commendable. Duela a niece of an ADA named Harvey is the baddie du jour. Sophie tries for earnest introspection. There are violent cirumstances. I don't care about Alice, Mouse or Mouse's pervert father. And I do not care anymore about Alice's dark history. She's super offended her obit is tiny.

I don't care about Sophie and Kate's emotional entanglement. Jacob is seriously nasty. Sophie has wistful yeanring. This ep was unexpectedly unpleasant. Mary more or less demands to be let into Kate's gang. Sophie's mom is neither happy nor supportive. If they kill off Kate, what is the point in season 2 of Sophie, Jacob, Alice or Mary?

“Lunatic with a box cutter.”

“A tiny little blurb below the fold!”

“Silent out of respect.”

“Don't end up under a bridge visit.”

"Put me down psycho!” 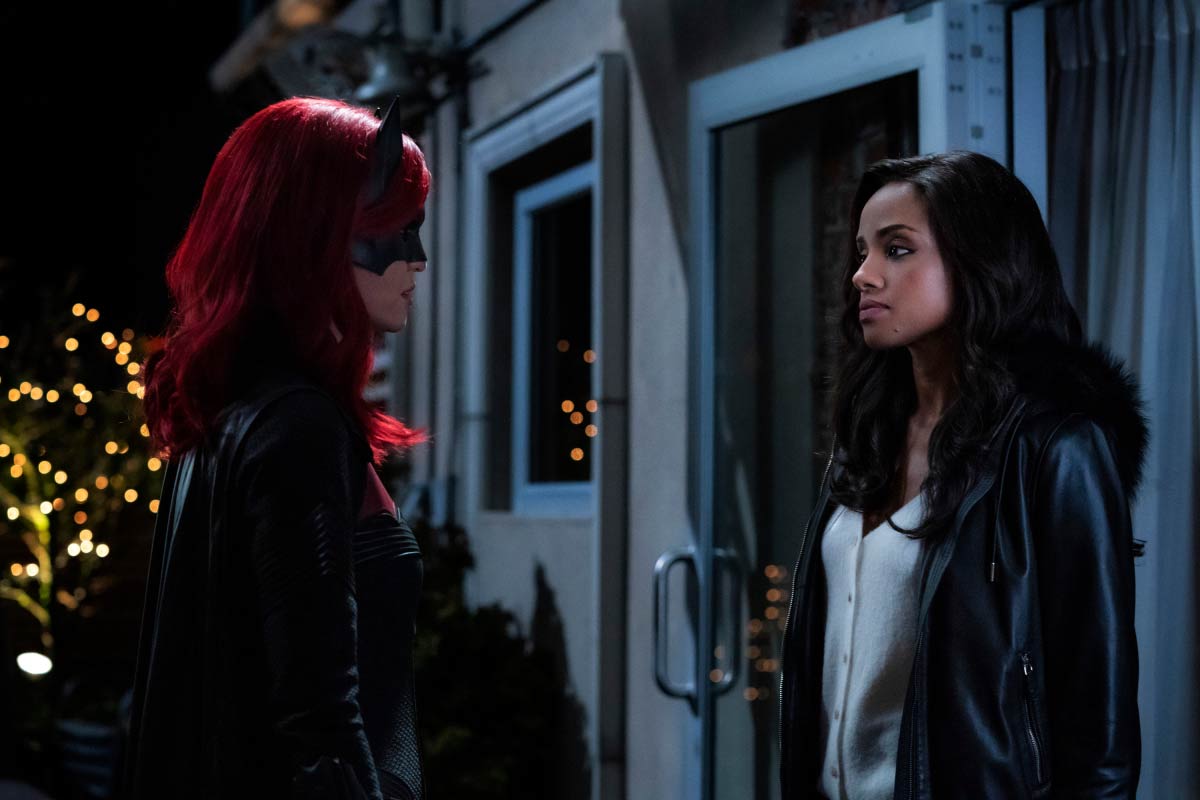 Sam is such a jackass. John Winchester turned his sons into traumatised and angry and non fucntional people. Kurt Fuller and Jeffrey Dean Morgan guest star. This show is intensely mythologised and impossible to follow. Will this show end in inevitable doom already? John caused utter desolation. The 3rd Winchester brother goes unmentioned in this ep.

There is no Jack. He's not missed. Sam and Dean are incompetent and suspicious looking. Morgan isn't credited despite publicity for this 300th ep making a huge deal out of his return to the show. Their father was an ass and their mother was a lying, unloving, uncaring slut. There are stupid teenagers and 90s style VFX and John is time traveled from 2003 to 2019 causing an AU or something.

John beats up his sons and looks badly aged. John's death wasn't an intense loss. There are unforseen consequences to John showing up. Mary is a crap mother and a whore. All of John's abuse and Mary's abandonment of her sons is ignored. She was a hunter! She did not prepare her home for yellow eyes return! Nor did she warn her husband! And oddly her kin did not help him in his hunting. She and her clan are awful scum.

Sam ruins everything. Sam is so selfish. John's abuse of Dean is ignored to focus on Sam's man pain. FFS. John didn't do his best. Do TPTB hate Dean or something? Why is Dean using the name Campbell? Reality has changed. The brothers live impossibly restricted lives. In the AU Sam is a raw food chewing TED-talking lawyer and Dean is America's Most Wanted, again. FFS. TPTB do hate Dean.

Castiel shows up. Will someone fire Misha Collins' untalented show ruining ass already? Castiel is so boring and unemotional. This ep has no emotional imapct. Mary cooks dinner and does not speak much.

John was grateful for his brief chance at being brought back unlike that bitch Mary who was not grateful and ditched her sons to slut around. John does not recall meeting Sam and Dean in the past. Dean was wanted for assault, murder and credit card fraud. This was goodish. TPTB could only afford Morgan for TWO DAYS of filming. WTF does this show's budget go on?!?

“Live in a secret bunker with an angel and Lucifer's kid.”

“I don't understand that reference.”

“Weird sidekick with the trenchcoat...kid with the dumb Bambi look.” 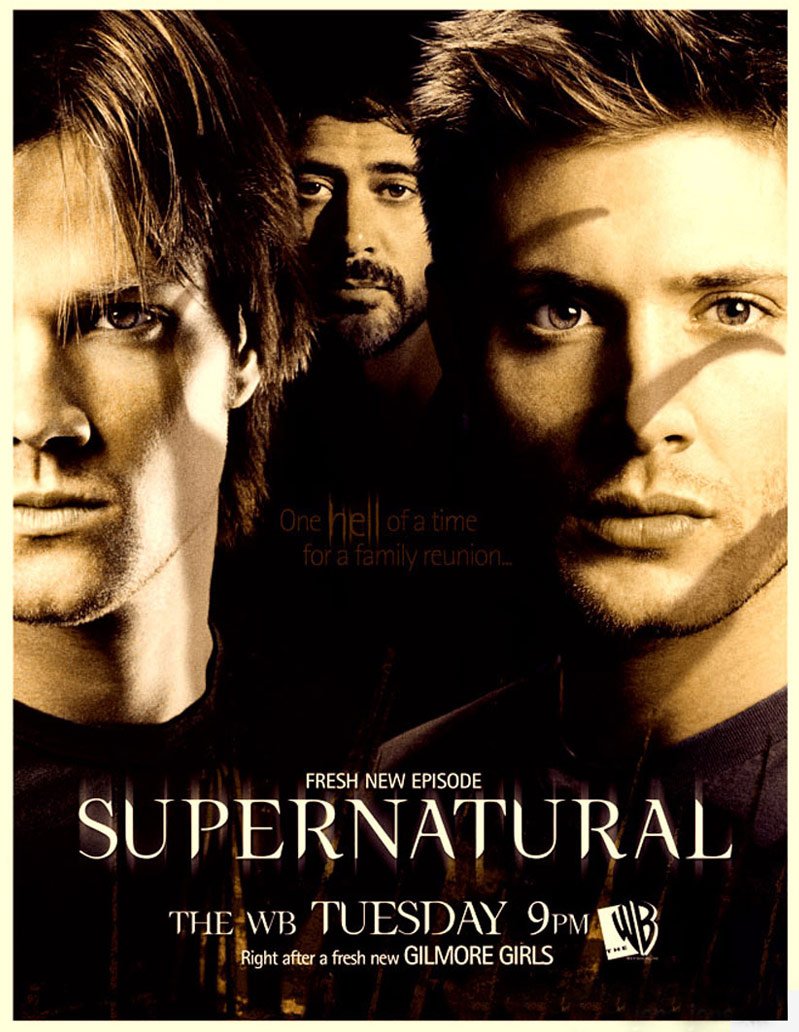 ~
The Brotherhood Of Serapis