The crew engage in senselessly stupid behaviour. Why do Troi and Crusher have such obvious hair extensions? There are style misses, poor fabrics and weak seams. There is also wilful deatchment in this tale of techno-optimism.

Data is accused of lying after the crew suffer a mysterious blackout. This falls short of potential. Where did Ensign McKnight go in later eps? None of the characters render themselves memorable. How does the ship's clock work? There is laboured kookiness to this ep. Picard shows his cold, calculating heart and ruin of the soul. There is florid chat and no gripping content. What became of Nurse Alyssa?

Crusher grows moss – something she never did before or since. There is obsequious loyalty and lives are forced into a new order in the unexpected unknown. The people who're complaining are the ones who always complain anyway. People angrily espouse how Data ought to think. The wretchedness of humanity is on full display. The dominant assumption is that Picard is right. Crusher is utterly joyless. Rash actions can only lead to disaster.

There is false testimony, silence and evasion by Data which leads to abusive, intolerant attidues. Picard is the vile elite in this contrived and unlikely ep. One knows he eventually pulled his moral arbiter crap one time too many and get kicked out of starfleet as depicted in 'Star Trek: Picard'. I've never seen 'Star Trek: Picard' and don't wanna.

People do unreal things in order to form the artifical pattern required by the plot. The crew are in various demented states and nobody is aggreably eccentric. Picard makes insinuations and is incensed with raw resentment and there is no compassion in Picard. There is no stark loneliness in space. Data misinforms and malign motives are ascribed. There is dislocation and flawed handling in this ep which is plagued by mishap and error.

Things are seriously dysfunctional and there is a complete absence of any concern and Data is complicit in a coverup. There is no voice of moderation and Picard goes to extremes and speaks abominaitons. This is a dutiful slog to a predictable solution. Picard has deficiencies and ugliness. There are no poignant insights. This was not a diverting spectacle. Why does the captain's chair have chairs for the XO and ship SHRINK beside it? This ep is just a petty battle for status.

Nothing cuts through the banal. Nobody is self exploratory. There are abstract meanderings and this grates and it is all discordance. This was not designed to entice, it overcooks the kitsch. This was all genuine absurdity and it is a bizarre spectacle. This was not a glittering generation and it has no unsettling intensity and it not alluring.

There is sentiment and soapboxing and unlikelier thoughts. Picard has frosty hauteur and no Frenchness. There are no pith exchanges just lifeless performances and grim testimony and Picard emits malice and does dismal whinges. I loathe Picard. I revile him and his sociopathic weirdness. Troi is possessed, ffs – again?!? This was a blunder and Data has no adaptive brilliance. Picard does eye popping venting of grudges in this haphazard ep.

Picard is peevish and I have affection for 'TOS' not for the listless sterile 'TNG'. There is no carey, sharey warmth like in 'TOS'. Interest dwindles off to naught. Picard is myopic and baldly basic stuff. This was flimsy and nobody noticed the weird goings on with the flaghsip?!?

“I can't accept that explanation.”

E4 isn't airing the 'Crisis' ep until after 1x20. Sebastian Roche was in here somewhere. Alice has malign designs and a pitiless focused pursuit of Catheirne. Jacob is in peril and Kate makes no considered reflections. Mary is dumb and there is an overblown tribute to Catherine. None of Catherine's crap was acknowledged, much less probed. Mary is not Kate's sister.

Mary is a whiny bitch and Alice takes malicious satisfaction in revenge. There is an impassable distance between Alice and Jacob. The horror that can be possible in this world. This was okay. Alice asks why Jacob never tested the bones Catherine 'found'. Sophie lies to Tyler and Sophie is drearily the worst. Mary is terminally ridiculous. The morally problematic Catheirne expects to get away with her breathtaking deceit.

There is bad acting and Tyler is less than impressed by what Sophie says. Sophie lies are deeply entrenched. Alice has a purposefully designed revenge. Catherine and Jacob are parasitic on Gotham. Kate and Jacob plan to get rid of Alice. Sophie is hyper-defensive and Tyler realises his wife has lived a largely unknown life. Catherine is poisoned by her own bioweapon. Are we meant to care? Mary screams. Catherine's own irrevocable choices lead to disaster. Are we meant to care she got what she had coming?

Catherine died roaring for a priest. Catherine and Sophie are implacably awful. Why is this specific 'tragedy' so much worse than Alice being held prisoner by a lunatic for 11 years? Beth's childhood was a formative influence. Alice was obsessed by Catherine's existence. Catherine's many crimes were not accorded the space or seriousness demanded. Tyler leaves Sophie.

Catherine is no loss, her loss is not devastating. Jacob's arrest for Catherine's murder. Mary defends her monster mother, she was the horrible person everyone said she was. No candour form Sophie. Kate and Alice are Jewish, their mother and Bruce Wayne's mother were sisters - so does that mean Bruce Wayne is Jewish?

“This is vintage bitch!”

“Wasting my life fighting for something I can't actually have.”

“Lost my entire family for the second time.”

“Should have hoped harder.”

“Catherine brough this on herself.”

“Slithered into our family and brainwashed our father and replaced us with that vapid human run on sentence of a daughter!” 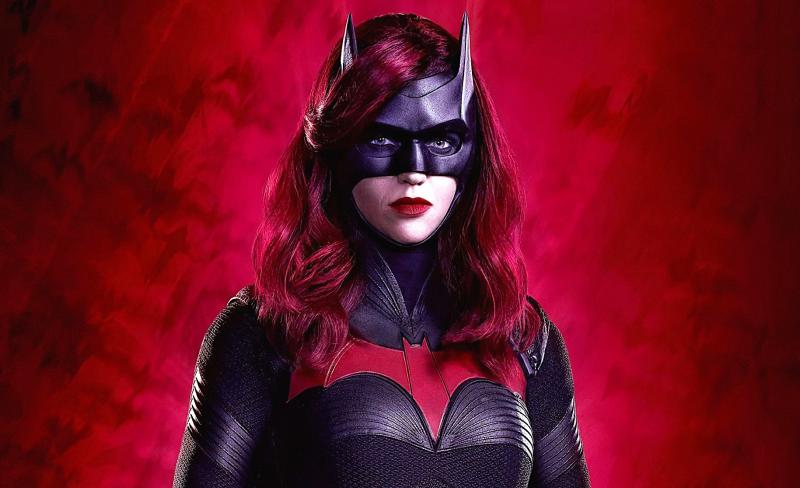 John B is stupid and Sarah's dad shrugs off his son's hate crime as does Sarah. There is no critical analysis and Sarah's brother takes rapturous joy in his crap. John B is hit by a car and there is an alarmingly underwhelming amount of comment and discussion. Sarah's dad doesn't fly off with the gold but it is flown off.

John B's antics were all for nothing. Pope cracks and John B is shortsightned and ignorant. There are many negative aspects and the cop from 1x01 swears. Sarah sits on her ass. John B is a lasting disgrace with no self-discipline. John B faces explicit hostility and the cops are idiots and Sarah's dad, Ward, yells at his bimbo trophy wife.

The cops are even more idiotic. The dead woman was named Susan. John B pants over Sarah and this was grossly incompetent. Ward lets Sarah's brother away with murdering Susan and the frame up of John B. Why is Sarah in booty shorts? Sarah's sister is a twit. There is a dangerous pattern of retaliation. There are legal implications and where are their parents? John B makes an anguished love declaration. This was nonesense. John B caused the dysfunction and lingering distrust and John decides he loves Sarah. The rich brat hunts John B. This was futile and John B is the primary cause of disturbance. This was a charisma and talent void, there is arson and idiocy.

“I know who shot the sherrif.”

“Can you act normal?”

David gaslights. Patti screams about how she can't go to jail as she's a mom (she helped kill her sister, who was a mom). People go through David's garbage. Patti and David lie. Cops yell. Things could get a lot worse than they already are. David looks for protection in jail. David's family overlook how he caused Linda's death.

David turned Patti and Cinnamon against Linda. David made Cinnamon take pills and she couldn't use the gun properly and the night of Linda's murder is shown in all its horrible terror. David's lawyer shrieks and showboats in court even when cross examining Patti about being abused by David as a child. David hires a hitman. This is better than the Ann Rule book. Patti and Cinnamon realise how David abused them.

David was planning on killing Patti. Cinnamon and Patti end up in juvie together. The judge tells David that he is worse than Charlie Manson. This was okay, David eventually died in jail and Patti and Cinnamon were released and got on with their lives.

“I do not want my baby with those people!”

“I did not want Linda to die!”

“You're a scary person.”

“Is she any better off than you?”

“I expect it done when I get back.”

“Prove to me that you love me.”

“Shows his love for you by letting you pay for his crime.”