Clancy Brown, Sheryl Lee, Moira Kelly and Cynthia Nixon star in this true story. Linda Brown was shot dead by her stepdaughter Cinnamon (Kelly) who was 14 at the time. There is bizarre behaviour by Linda's husband David (Brown) and Linda's sister Patti (Lee). The cops are stupid and overlook and shrug off obvious lies.

David's idiot parents lurk. Cinnamon is found after she nearly died from taking pills. If she hadn't vomited the pills, she'd have died. The police arrest her and take her to the station rather than a hospital. The Brown family are weighted down by secrets and volatile dynamics.

David is awful and makes Patti tell her parents Linda is dead from a payphone in a donut shop. David fakes illness and directs Patti and Cinnamon. The cops harass Cinnamon. Where is her lawyer? David pervs over Patti. Cinnamon is locked up and tried and gets the maximum sentence.

Cinnamon is in denial. David inspires rage by simply existing. She's isolated and frightened. David moves and changes his number and doesn't tell Cinnamon. Patti and Cinnamon have compliance to him. David has Patti live with him to 'help take care of his and Linda's baby'. No one finds this odd. David has a hint of meance and egotistical optimism. Cinnamon is frightened and abandoned. But things are about to get even more bizarre and shocking. This was good.

David gets a big chunk of insurance money and abuses Patti. David and Patti marry in Vegas. David is a ego maniac and controls Patti. Nestor Serrano, Dennis Boutsikaris, L Scott Caldwell and Tobin Bell co star. Patti wants a baby and does not seem to care that her sister is dead and Cinnamon is locked up. Cinnamon won't hear a word against David. As for David, he lies.

David is vile beyond belief and cheats on the pregnant Patti and refuses to go to ante-natal classes with her. Patti is undermined by David who witholds money and ignores Patti when she is in active labour with his child! The parole board are mean to Cinnamon. She slowly reveals the truth.

Years pass. Cinnamon is doing heavy time. David gaslights. Cinnamon is used. Things drag on and on. David is an abuser and nobody stops him. Patti and Cinnamon still haven't coped on that they are being abused and that David does not have their best interests in mind.

“Love you to death.”

“You never come up to see me.”

“Talk him into prison.”

“None of this makes any sense.”

“Stories my father told me to tell.”

“You're the only person he lets me see.”

“I shot my stepmother! I shot her twice!”

“Heinous ring to it.”

“Your place is with me.”

“I want to be with my friends not these rejects.”

“I'm doing everything you said.”

“Sent to live in a trailer out back.”

“My girls don't use drugs. We don't even drink in this house.”

“This is your last chance.”

“Ponder your actions and try to redeem what you have done.”

“Call Patti on the beeper.” 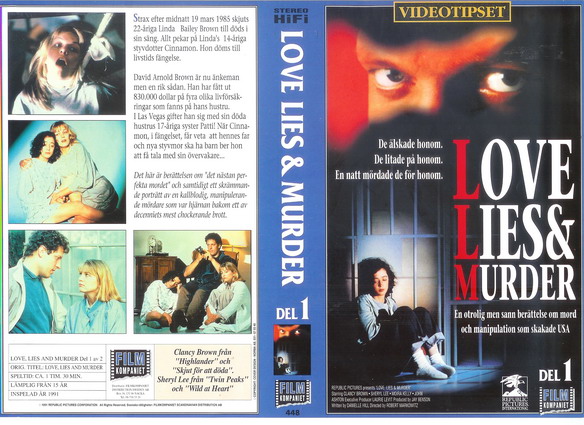 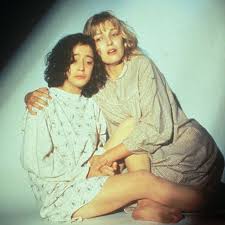 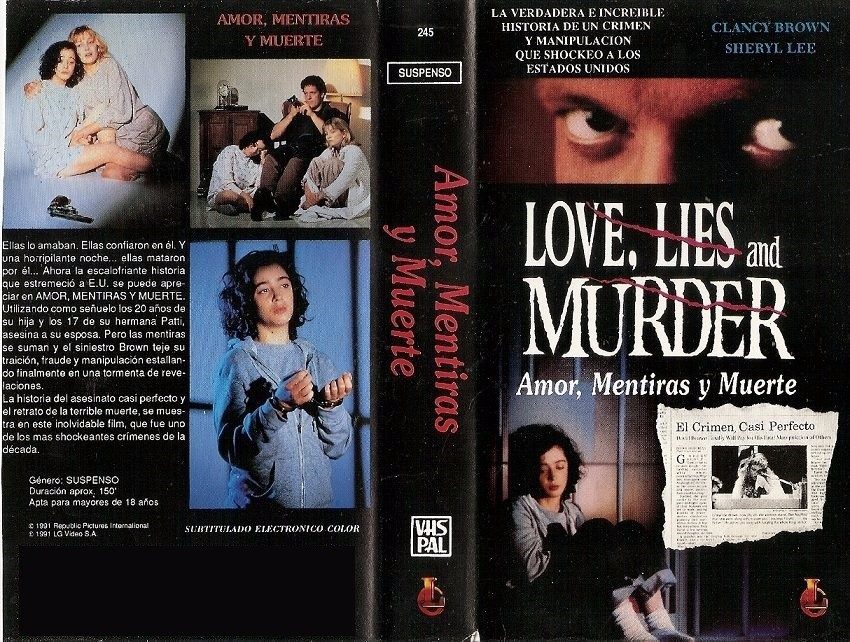 Batwoman has become the subject of gossip and one hates Sophie in an all-encompassing burning biblical way. Jacob refuses to engage with or help Kate. It is devastatingly obvious Beth is Alice and his wife is evil. Jacob and Sophie are hurtful and unpleasant. The bitch stepmother is confronted by Alice. The stepmother has Beth's fake grave dug up – she's uncaring.

Magpie: a jewel thief bores. This was not boldly original or outrageously thrilling. The stepmother has sinister intent. There are no glimpses of the pathos behind Alice's rage, smugness and pitiless frenzy of revenge. Batwoman is discussed with derision. There is no higher moral standard.

Jacob actively opposes logic. Everything Sophie says makes her sound as bad as possible. She does not care enough to change. These are the choices she has made, this is who she is. Ruby Rose is ill served by the material in this ep. There are pernicious lies. This ep is a grave mistake that offers no joy. There is bad acting and a really obvious baddie.

There is a purgative scene for the knowingly responsible evil stepmother. The implications and the consequences for her remain to be seen. She's disturbing and twisted. This was ill advised and there are no rational assumptions. The stepmother had a hugely damaging impact on the Kane family – she needs to go. This was not vibrant, dynamic or innovative. There is no sheer desperation or sense of urgency. There is refusal of moral complexity.

“Was she curling her hair? Overcome by the myraid of red lipstick shades?”