The Stone Dogs by S.M. Stirling

This has a Space Force, a weaponised form of AIDS and morally unthinkable things happen. There is technobabble explanations of how the Draka conquered the world. The Draka seek humanity's ultimate extermination and replacement with the Master Race they created with their biotech.

I've read 'Drakon' and 'The Domination'. I've never read this 3rd 'Draka' novel in its unedited form before. The slave empire of the Domination of the Draka is growing. The few remaining free countries, the Alliance, are ideologically opposed to the Draka. The Domination plan the Final War and the Final Society.

How the Domination conquered Africa is handwaved away by mentioning how they overcame all the diseases. Distrust, hated and conflicting morality are insurmountable but no reasonable conversations are held. We get cold reminders of the base perfidious and vindictive nature of the Draka and how they hurt and inflict misery on those who oppose them as a symbol of triumph.

There will be profound and appalling consequences and shattering cataclysms in this very different alternate universe dystopia. This was very good. I wish Stirling would continue the Draka novels. The Domination Earth is locked into an unrecoverable dysopia – a world with only Draka civilisation intact but it is locked into a terrible form with little or no value.

“We supposed to make him happy, aren't we?”

“May the Race rule from Sol to the Oort Clouds, unopposed!”

“Hurt yo' beyond what was necessary to compel obedience.”

“Everythin' yo' are, we'll bring to nothing...yo' children will serve mine until the end of days.”

“Fear until you censored the words, then the dangerous thoughts to make that easier, then stopped having the thoughts.”

“It would not do to appear unenthusiastic.”

“Hit the ground at the first sign of violence and stay there.”

“Over 93% of the total population are serfs,”

“He had been hanging around entirely too much lately.”

“Fifty years from biplanes to the planets.”

“Nobody's that crazy, not even us.”

“What say we sign this'n out and play with it.”

“This place had been here for a long time, generations.”

“Go out to the stars an' conquer the aliens.”

“If I'm not satisfied by your reactions from this point on, then the only way you will leave this building is as a corpse.”

“Her life's work of vengeance.”

“When the last enemies are enserfed.”

“They're just the bloodthirst nihilistic loons they come across as.”

“Our national love of unchanging stasis,”

“Already got weapons mo' powerful than we dare use here on earth.”

“One lesson an' it all yaz need. Do what y'told. Anything y'told, anything at all.” 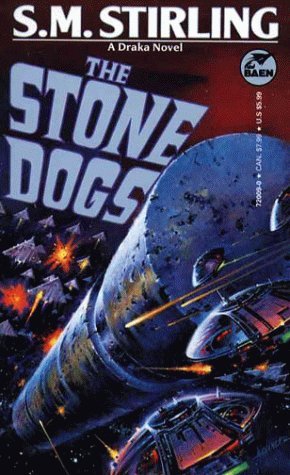