They leave. Louisa still wants Spiro. Gerry lets all his animals go: they brought them back to the UK! Will Louisa stop being a whore?

They all walked away from me.

Why did my ex leave my life? I thought my ex was decent and caring.

“Fear is turning to anger.”

“You just killed his BFF!”

“Very easy to get this wrong.”

“I hope this is good but I expect that it won't be.”

“I live alone. I train alone. I win the title alone.”

“Mommy and Daddy are loud talking!”

'Postcards From The Edge' Quotes:

“My skirt accidently twirled up!”

“And you weren't wearing any underwear.”

“You will beat all the consequences for your actions.”

“Always found him a ghastly character.”

“Only had good intentions.”

“Somehow evidence of a character defect.”

“You want it all, immediately and perfectly.”

“Solely evaluating them according to your personal end-goal.”

“Just longs to be left alone.”

“Forcing the accused men to reveal on whose orders they were acting.”

“Cannot condone what I have heard, I cannot excuse it.”

“Punished by the public.”

“May define his career.”

“Allowed out on their own in public without permission.”

“Give those characters what they want (but shouldn't have).”

“Undervaluing and mistrust of the female voice.”

“An enemy that was defeated but insisted on fighting on.”

Deeply hostile to me.”

“Entire communities have been cut off from cash.”

“No trace of any acceptance of responsibility.”

“Their governments have refused responsibility for them,”

“These people are a danger to the whole world.”

“Essentially low regard in which he's held.”

~
Rewatched 'Last Resort' 1x06 'Another Fine Navy Day': there is a chemical attack on the island. The NATO guy riles Kendal. This was good. Someone stole Chaplin's firing key.

“Back when music didn't suck.”

“Stay awake and alive for the next 8 hours.”

“Did you enjoy your cavity search by the way?”

Also rewatched 1x07 'Nuke It Out': the COB enforces his Just Say No agenda. Chaplin and Kendal search for a traitor. Chaplin says there is a rumour that there are CIA sleeper agents on every sub. So there is one on the USS Colorado but who is it? We don't learn who it is, yet. Kendal learns the POTUS is a nutter. Kylie is asked to help. More things go wrong. Bad things happen to the COB. This was iffy.

“One of them is the enemy.”

And rewatched 1x08 'Big Chicken Dinner': the crew's family members come to visit. There is an accusation and a trial. There is bad acting. Kendal goes on about his never to be explained time as a POW. This wasn't that interesting.

Best Line:
"He wanted revenge. He got it." 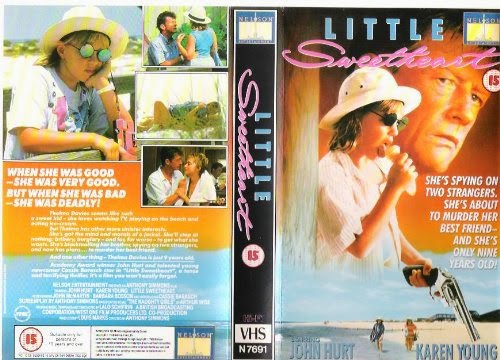 Tags: last resort, poisoncandy1988, the magicians, thoughts, trailers
Subscribe
Comments for this post were disabled by the author